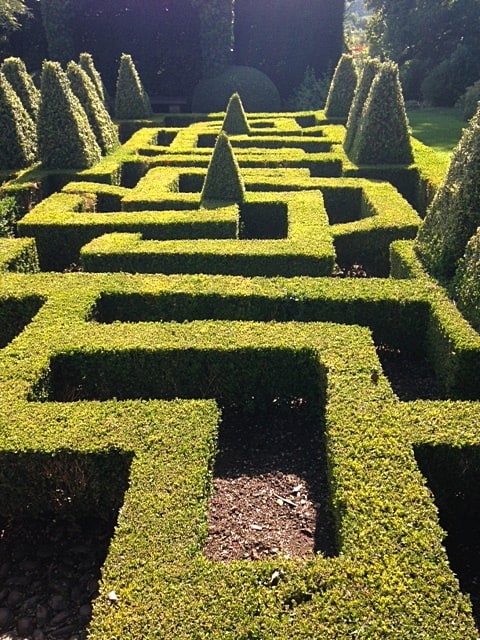 Bourton House is idyllic, a handsome Georgian house of fine, golden Cotswold stone set in three acres of stylish and exemplary gardens; a smallish garden to a family house with not a blade of grass out of place, and not a weed to be seen in its immaculately planted borders. At first, I was delighted and excited to explore a garden unknown to me, and then I felt uneasy as if something wasn’t quite right. Perfection can be unsettling. Some stylish pieces of sculpture expressing the taste of the owner, humorous garden features or worn patches of grass from children playing football would have given the garden some warmth and humanity. 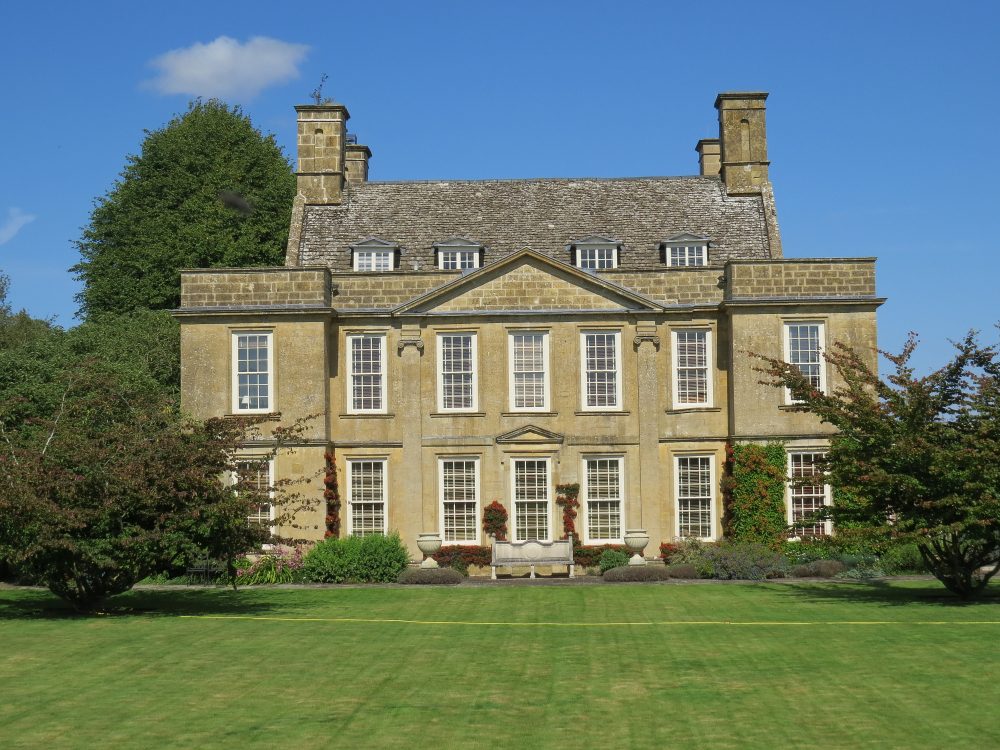 The House from the Main Lawn

It was in 1983 that Richard and Monique Paice bought the run-down and neglected house and garden, and Monique set to work on creating an exemplary English Country Garden. Tony Venison, the gardening correspondent of Country Life, described her as ‘a garden fanatic, a French-Canadian borne dynamo, over whose schemes her husband exercises judgement and restraint.’ The Paices employed a very talented head gardener, Paul Williams, and successive head gardeners have maintained and built upon his exacting standards. 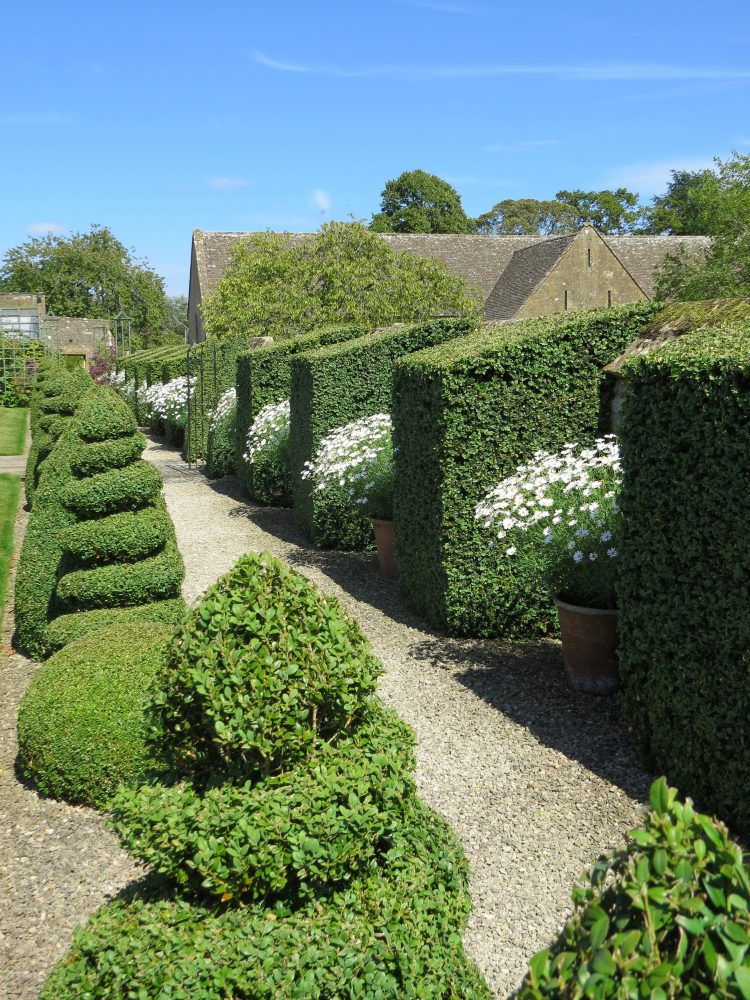 In 2010 the property changed hands, the new owner being Roeluf Quintus, a Dutch entrepreneur in the oil and gas business based in Switzerland, and between 2010 and 2014 the garden and its planting featured in many glossy garden and lifestyle coffee-table magazines. Of course, gardens aren’t always designed to be used, but can just as easily be a statement expressing the good taste of the owner. 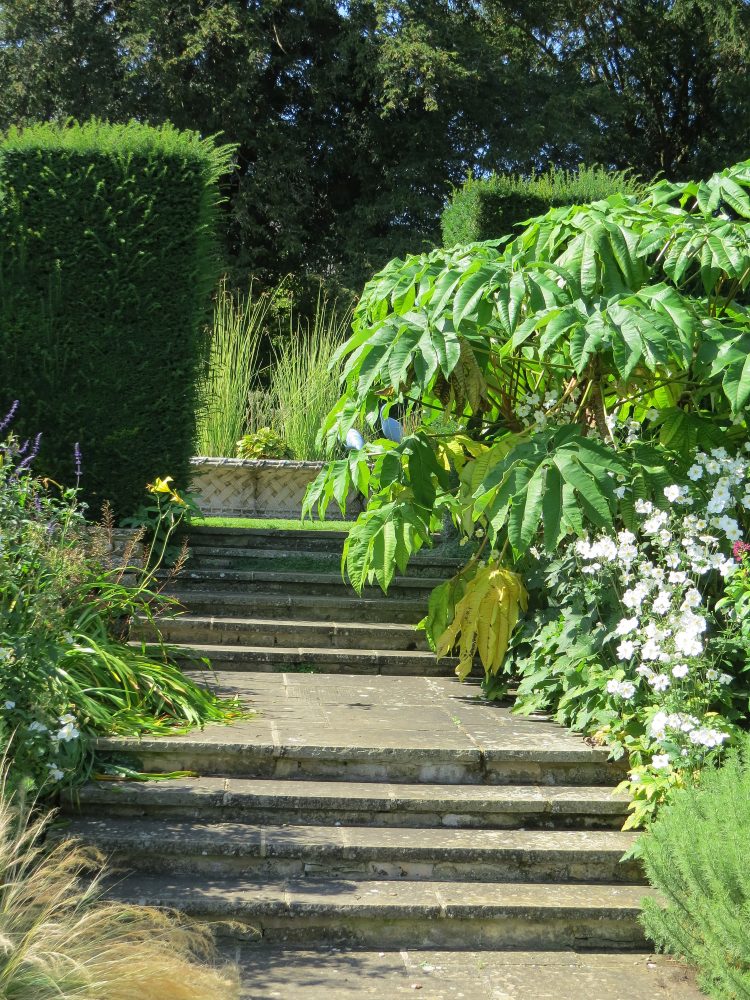 The entry to the garden is through a beautifully restored 16th century tithe barn, which also serves as a café and shop, and leads to a neatly-mown paddock with two old raised well heads. (Why not an untidy but delightful wildflower meadow?) The garden has a good sense of flow, and the smart Topiary Walk with its yew buttresses and topiary whirls is entered from a short flight of steps. Passing through the White Garden with an ornamental gate overlooking the countryside, the garden yields its greatest surprise – the big-leafed and exotic planting of its borders adjacent to the Main Lawn. Here are many plants I have never come across before, such as Zauschneria californica, Cuphea macropetala, and Tibouchina urvilleana and it seems surprising that they can withstand the cold Cotswold winters. The 18th century raised walk that lies at the far end of the Main Lawn is also well-planted, giving fine views back to the house and an enticing link to the Cotswold landscape beyond. 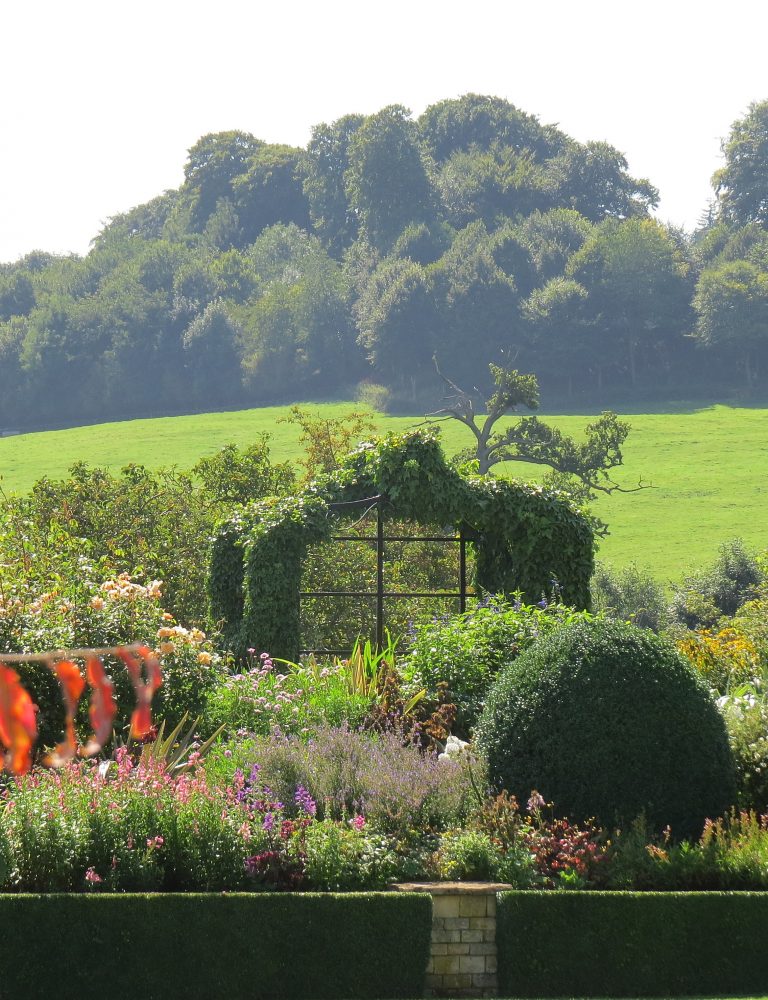 The overall effect of this effusive exotica is to soften the tight formality of the garden. The immaculately-clipped Knot Garden, unusual trimmed box rolls of the Parterre to the front and pleached pyracantha to the side of the house are faultless, and the choice and attention to detail of the hard landscaping excellent. 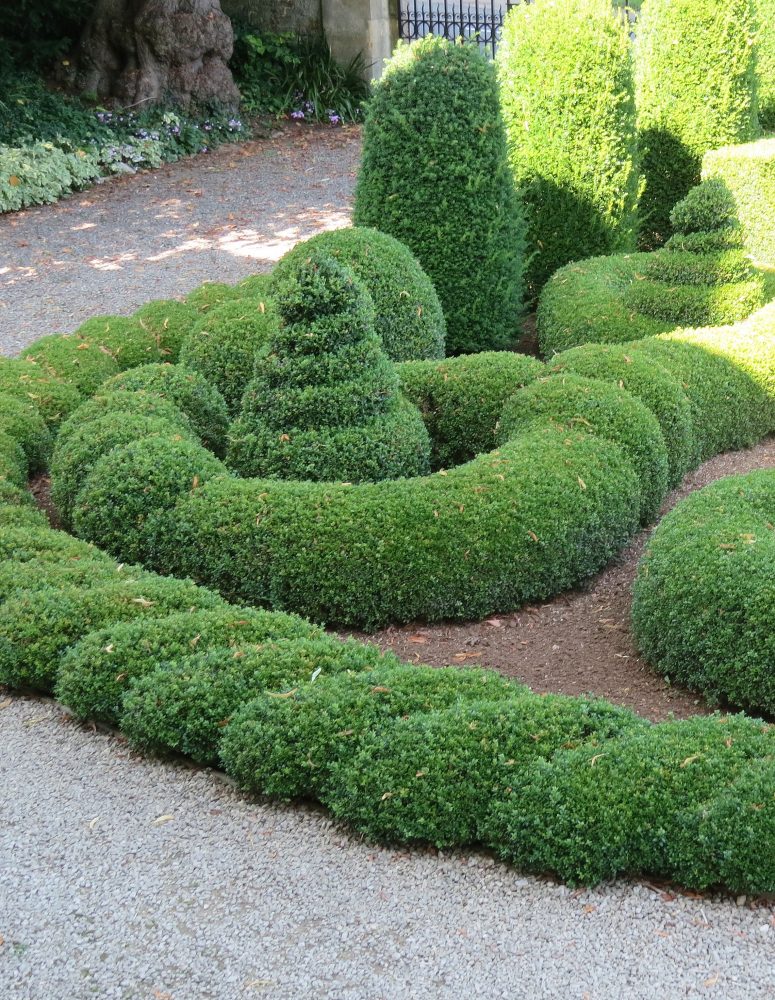 Bourton, being a small privately-owned garden without the sophisticated marketing of the great gardens or the National Trust is little known, a hidden gem, and a visit is a delightful and enjoyable find, particularly to a horticulturist.

Fine as it is, I found that lack of warmth and quirky humanity disconcerting. I think of Marilyn Abbott’s smallish but beautifully planted garden at West Green House with its delightful chicken house, willow pattern mural and ornamental Chinese Cochin and Nankin chickens running around distractedly pecking grains off matching china and I give a little small sigh of disappointment.