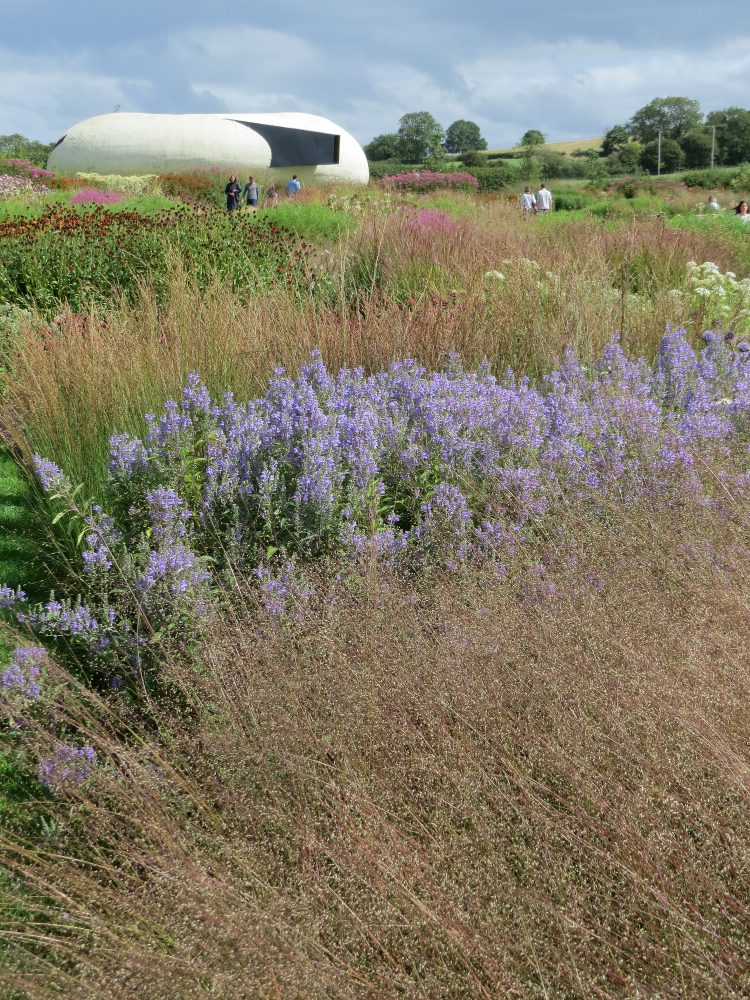 I have always been a bit suspicious of the modern and contemporary art market. I can remember Alfred Taubman, the chairman of Sothebys, being imprisoned in the early 2000s for price-fixing, New York dealer Larry Gagosian being embroiled in a tax evasion scandal, and investigations in Germany concerning insider trading. New York dealers in particular have a reputation for being very slick operators, and added to which is the widely-acknowledged belief that many very wealthy people have been sold second-rate modern art at inflated prices. 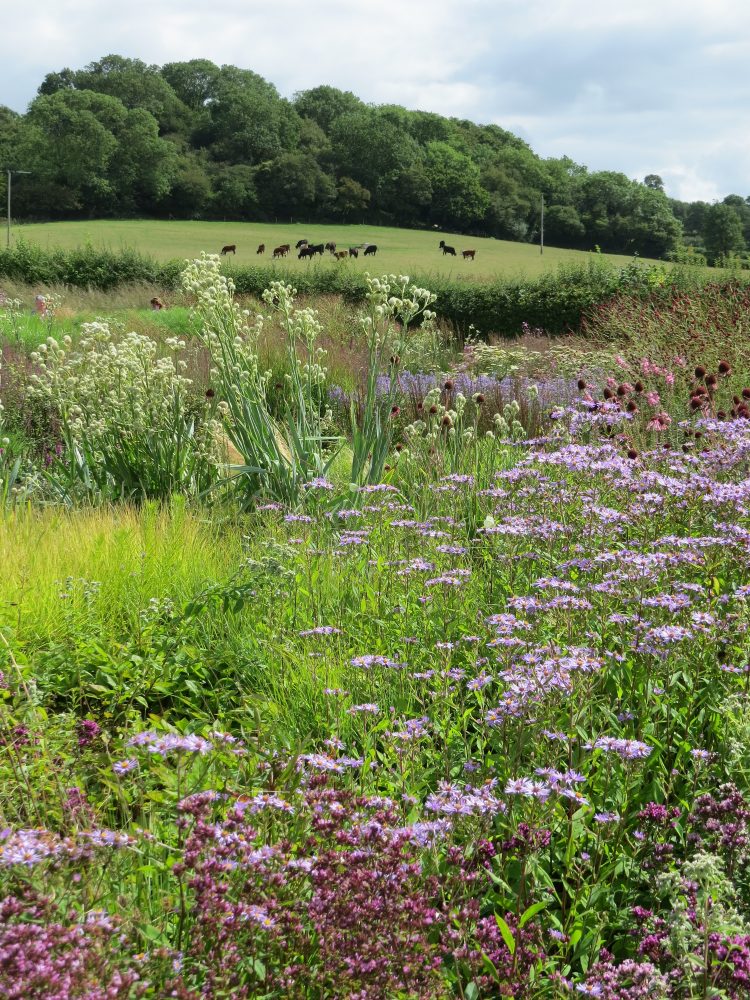 It was into these shark-infested waters that a 16-year old Swiss schoolboy, Iwan Wirth jumped, opening his first gallery in St Gallen in 1987. He met Ursula Hauser, a retail and department store magnate and passionate art collector, married her daughter, Manuela, and the three of them set up their first gallery in Zurich in 1992. Iwan realised that the old gallery model of buying and selling art was outdated and set up enticing installations for the gallery shows, developed sophisticated media techniques and built up strong personal relationships with his artists. Hauser and Wirth are now one of the world’s most powerful art dealers with galleries in New York, Los Angeles, Hong Kong, London, Zurich and Gstaad. 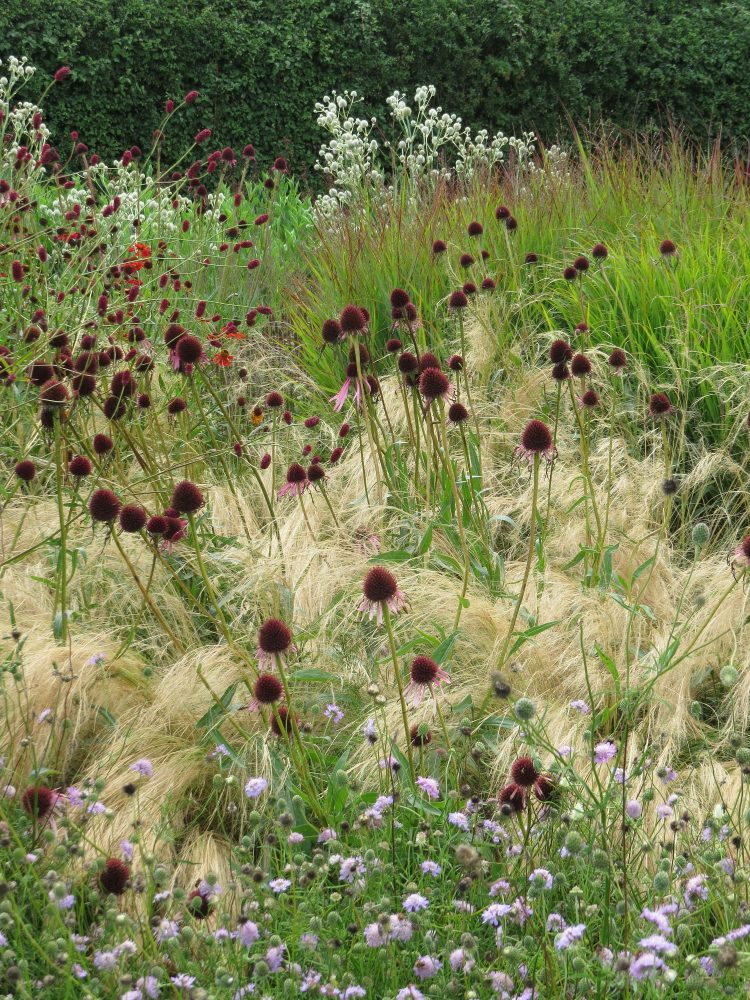 All this seems a million miles from this remote corner of rural Somerset. Iwan and Manuela moved to London in 2005, and bought a country retreat near Bruton in Somerset, sending their children to a nearby school. There are great precedents for collectors displaying their art in a country setting such as Kroller-Muller in the Netherlands, and Jupiter Artland near Edinburgh. Hauser & Wirth’s Durslade Farm is a welcome and very impressive addition. It is a free-of-charge world-class art gallery and multi-purpose arts centre committed to ‘conservation, education and sustainability,’ a sensitive restoration and development of a Grade II listed farmhouse and surrounding farm buildings, a landscape created by one of the most influential designers of the 21st century and a Michelin-rated restaurant (Roth’s Bar and Grill) specialising in local ethically produced British food. The farmhouse can be rented, and is used at times for yoga and wellness retreats. 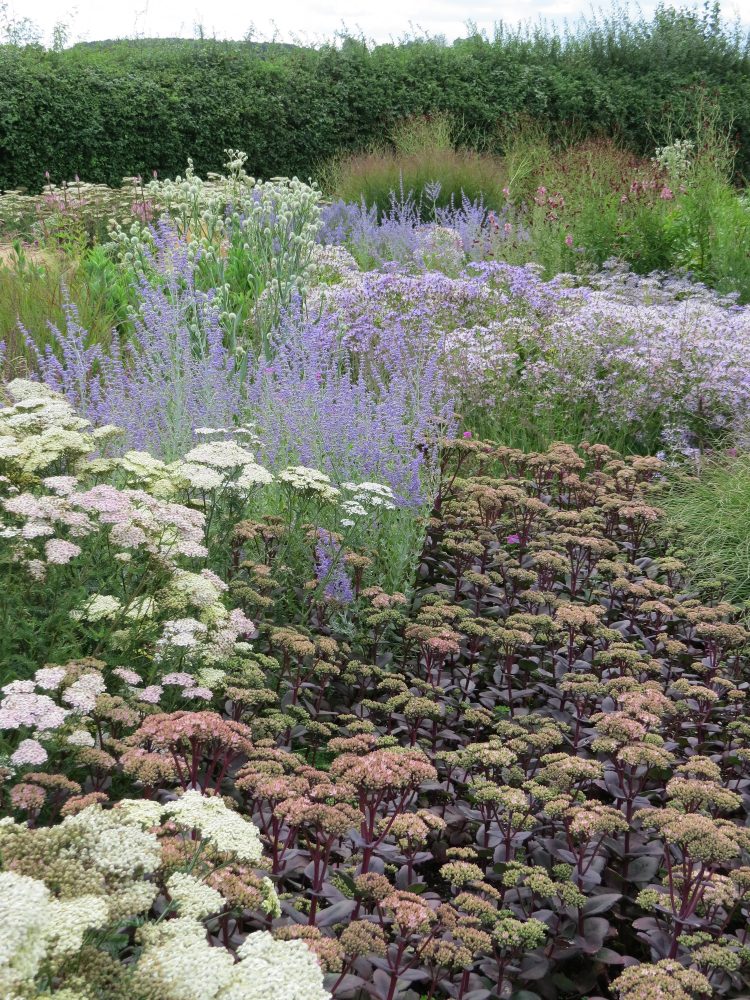 The garden landscape is by the internationally-renowned Dutch designer, Piet Oudolf and lies to the back of the gallery, on a gently rising slope. Enclosed by farm hedges and with views of cows contentedly grazing in fields this seems an idyllic setting but the site was not suitable for the Oudolf-styled perennial planting, the soil being heavy Somerset clay, beset with springs. The solution was to create raised beds of imported poor-quality alluvial soil to overlay the clay and provide ideal growing conditions for the ‘matrix;’ perennial planting of mixed species with one or two playing a dominate role. As with all perennial gardens it is spectacular from mid-June to late-September, which coincides with the busy visitor season. A few years ago, I visited Oudolf’s own garden in Hummelo in the Netherlands in mid-May and was surprised to see a garden of small, fresh shoots and nothing in flower, but at Durslade the season has been extended by the planting of 20,000 bulbs. 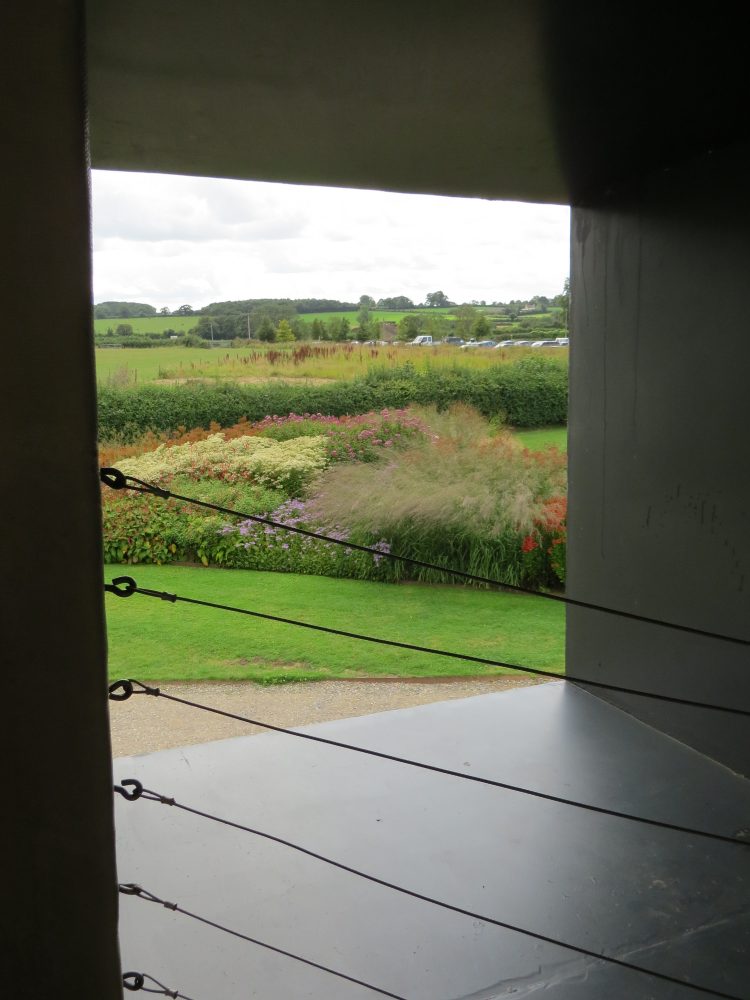 Limited View from the Radic Pavilion

The garden, a one-and-a-half-acre field, is large for perennial styled planting, and there are 18 amoeba-shaped beds through which visitors can walk on grass and gravel paths and enjoy the superb and effusive planting. Unlike prairie planting of large blocks of native species, Oudolf’s planting is of well-chosen, long-flowering cultivars from all over the world, some 157 varieties. One could argue that the scale of the Oudolf planting makes it more like a parterre and as such would be well-served by a high-level overview. 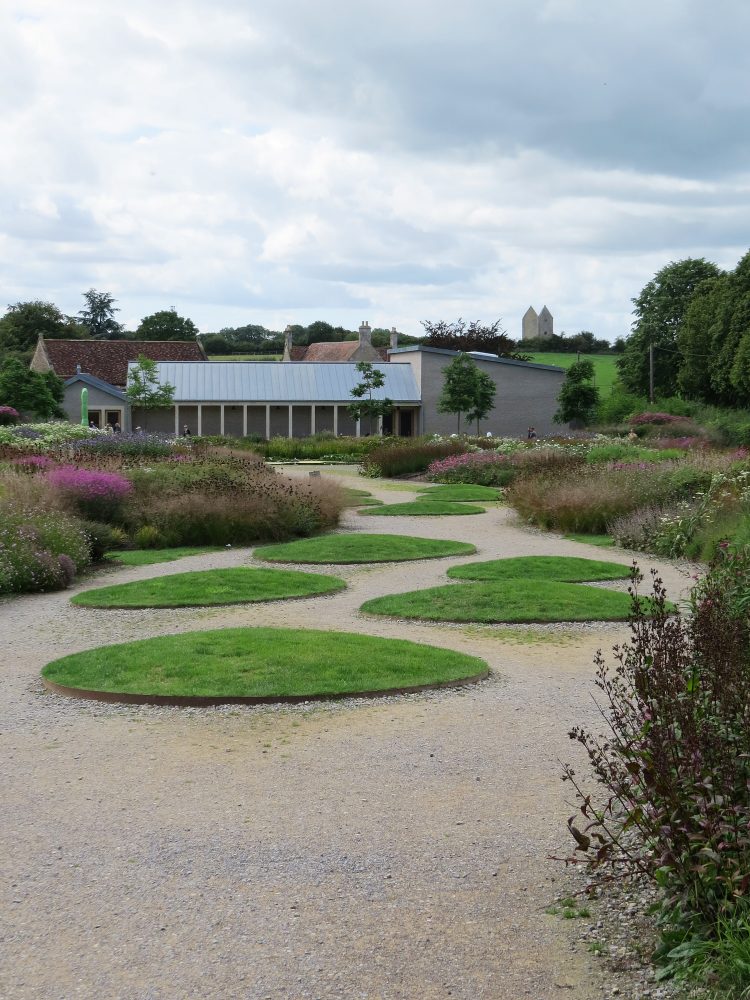 View looking back towards the Gallery

At the top of the garden is a raised white fibreglass snail-like structure, the Radic Pavilion, designed by the famed Chilean architect, Smilijan Radic as the 2015 annual Serpentine Gallery and subsequently re-erected here. The pavilion is used as a performance and teaching space but unfortunately does not give good views over the Oudolf landscape. The white fibreglass shell is ageing and no longer crisp and the space inside penetrated by openings which limits its uses. Having visited many of the series of Serpentine Pavilions I can think of others that would have been a better choice. 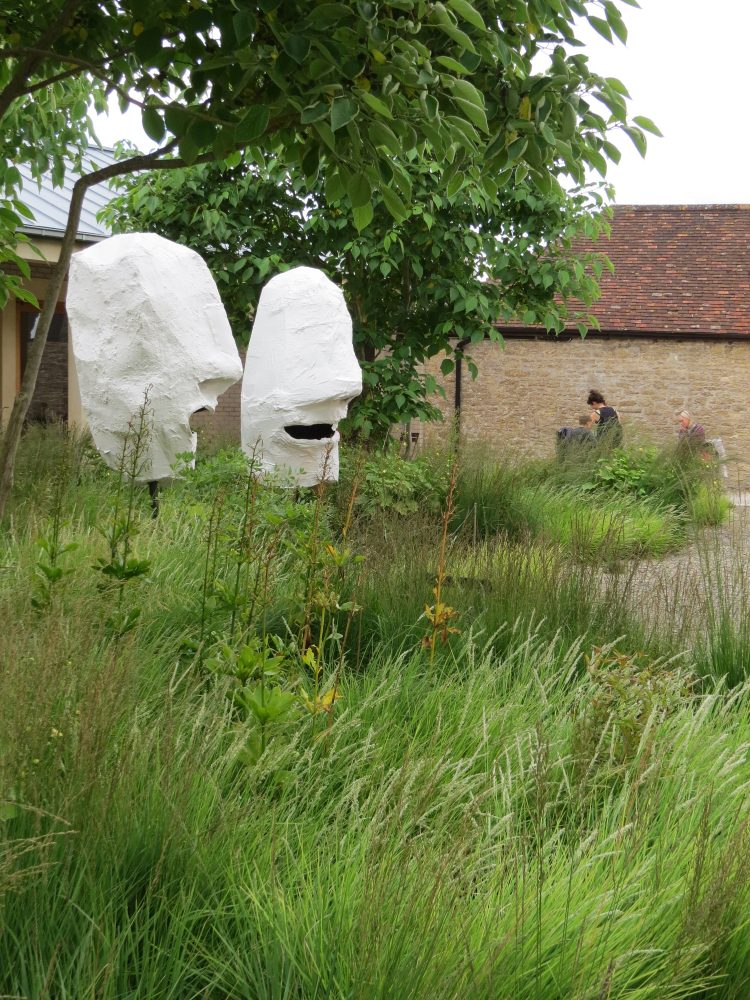 These are but small gripes about a spectacular and glorious summer garden, probably the greatest example of Oudolf’s work in Britain and the apogee of this garden style. Oudolf also designed the landscaping for the two courtyards. The added bonus is that a visit to Durslade can be combined with one to Stourhead, situated only 15 minutes away.