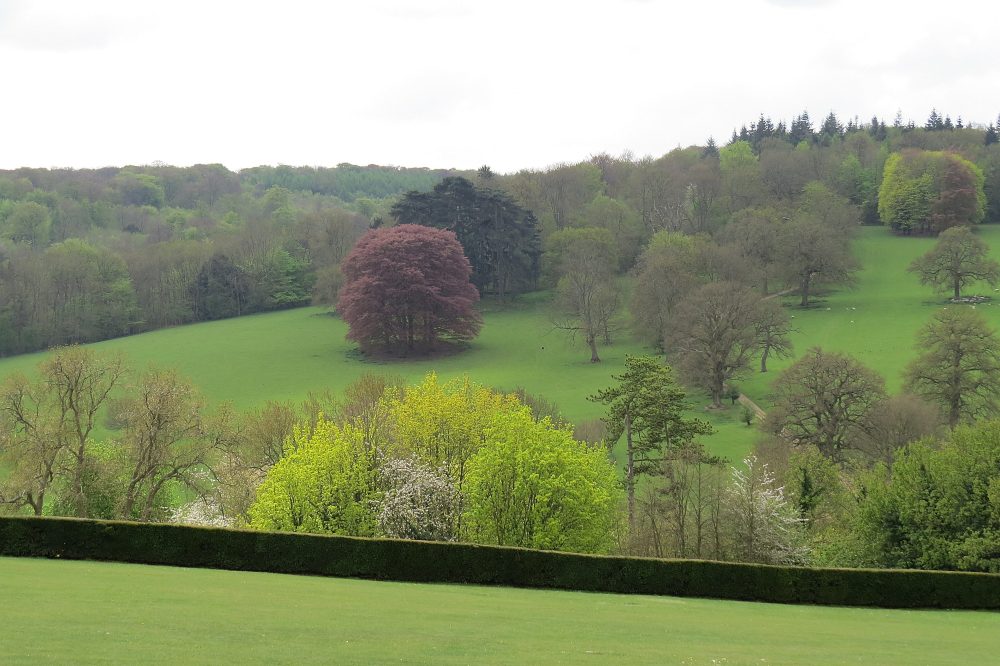 View from the South Lawn

Gardens are so often an expression of their owner’s character, so what would the garden be like of someone Cecil Beaton described as ‘a galumping, greedy, snobbish old toad’ and the Queen Mother somewhat more discreetly as ‘so shrewd, so kind, so amusingly unkind, so sharp, such fun, so naughty?’ 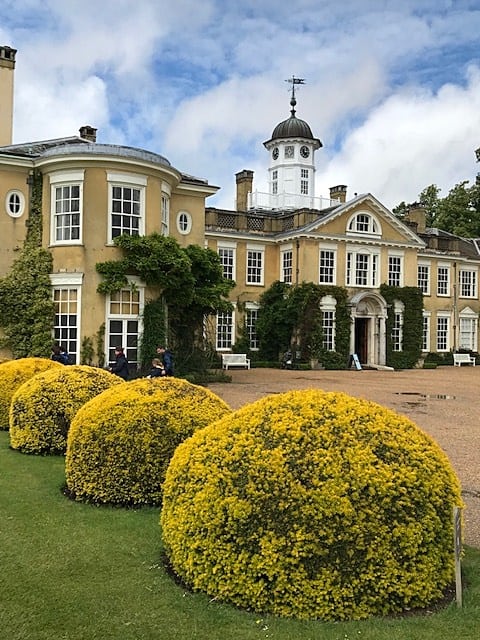 East Front of the House

Maggie Greville was the illegitimate heiress to William McEwan’s brewing fortune and her huge wealth, husband’s connections and her formidable social aspirations gave her the means to become a grand Edwardian hostess, entertaining kings, princes, maharajas, ambassadors and celebrities. The photographs in the house are in themselves reason enough for a visit, capturing the spirit of a vanished Edwardian lifestyle. Polesden Lacey needed to be the stunning backdrop for her lavish, sparkling weekend parties. 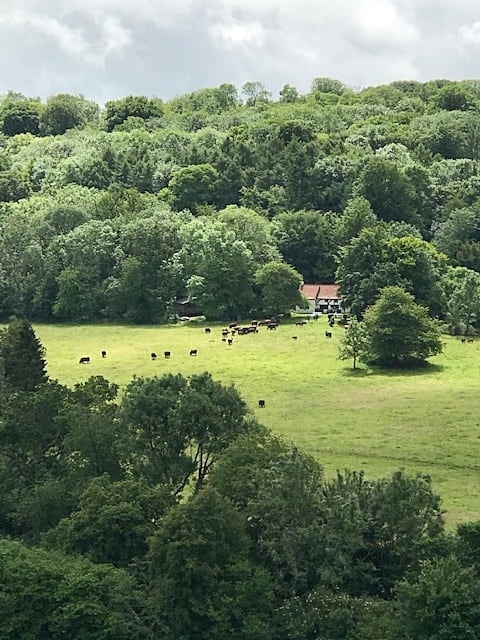 View from the Long Walk

The large Regency-styled, stuccoed and ochre-coloured house was built between 1902-1905, and so when the Grevilles acquired it in 1906 it provided fine modern accommodation; a ballroom, library, en-suite bathrooms throughout, electricity and central heating. The Grevilles undertook minor extensions enhancing the main eastern façade but Ronnie Greville died two years later and for the next 30 years Maggie remained a widow, but one who loved being the centre of attention. Her enthusiasm for the Nazis, friendship with von Ribbentrop, attendance of a Nuremberg rally and private audience with Hitler, was partially redeemed by her purchase of a Spitfire for the RAF at the outbreak of the Second World War. 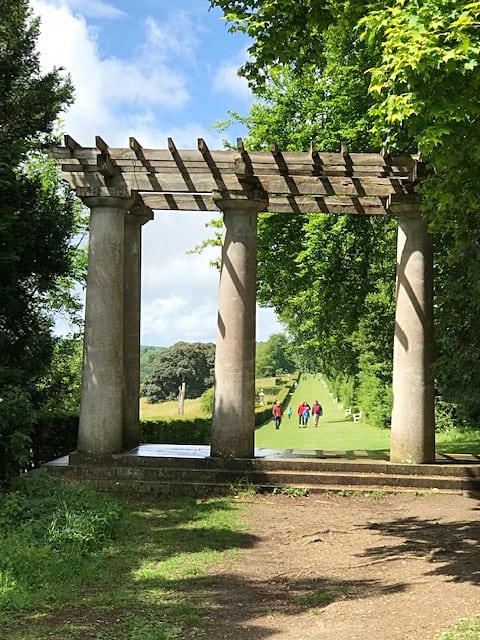 The Pergola to the Long Walk

The house’s setting is spectacular, the main south façade overlooking breath-takingly beautiful views of sloping lawns, sharply cut yew hedges, chalk grassland and the deciduous native woodland of the North Downs. One of the great joys of Polesden Lacey is to take the many steep hilly walks through the 560 hectares (1400 acre) estate. Maggie Greville had plans drawn up for grand Italianate gardens on the south lawns, with fountains and statues, but fortunately these were never built. 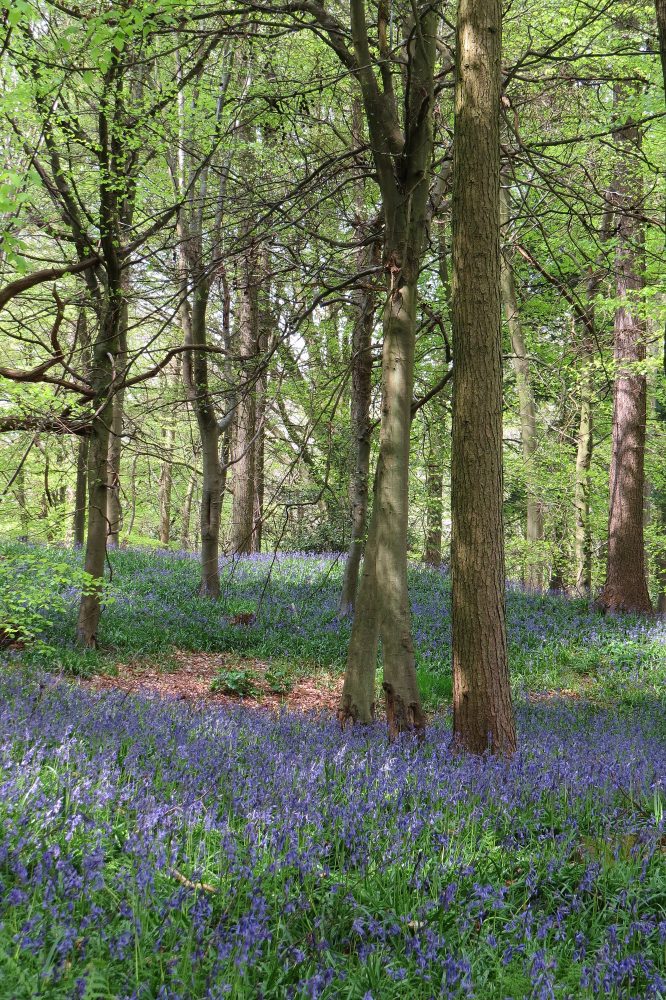 To the east of the house lies the Long Walk, probably created in 1761 for former owner Sir Francis Geary, with a long yew hedge framing views of the stunning landscape, and urns on plinths with quotations from Alexander Pope. At the end, six Doric columns, formerly a portico to the house, have been made into a very grand pergola and focal point. 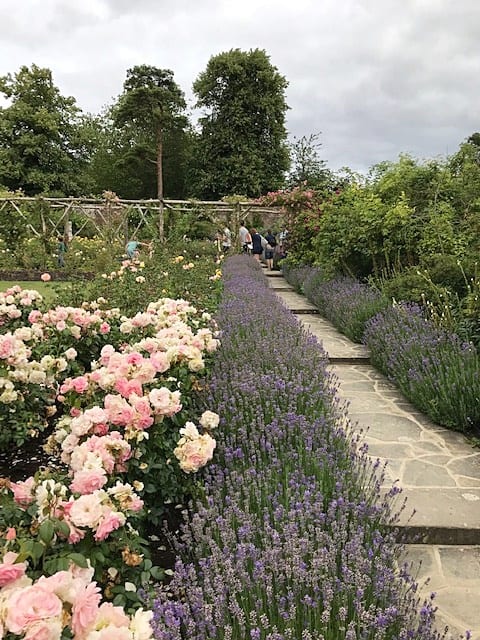 The main garden areas are to the west of the house, and the Grevilles turned the walled vegetable garden into an extensive rose garden with an Arts and Craft-styled pergola. For many years, the roses were old, tired, diseased and the flowering poor. However, under a dynamic new head gardener, Jamie Harris, the garden has improved out of all recognition. The newly-planted rose beds, ramblers and climbers, and rejuvenated borders against the walls make this a fitting centrepiece for the whole garden. 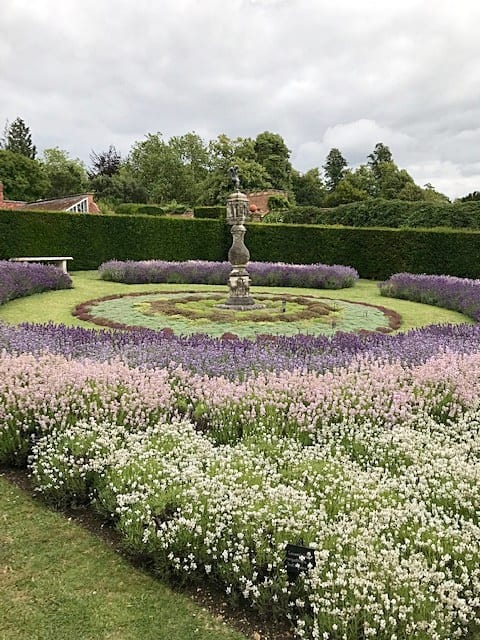 Replanting has also taken place in the Lavender Garden and Iris Garden. Both of these lie to the south of the Rose Garden, surrounded on three sides by yew hedges and the fourth by a high flint wall. Such a large garden as Polesden Lacey can have areas that flower spectacularly for short periods, such as the flag iris in the Iris Garden, and the Paeony Border, edged with creeping deep red sedum. 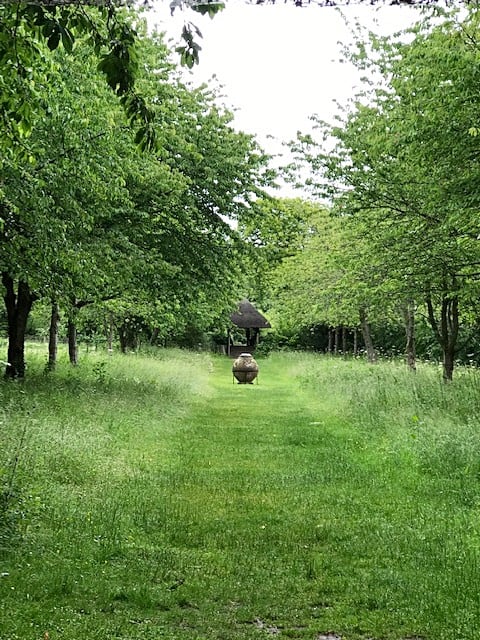 Beyond the Rose Garden is the Winter Garden set below three mature Parrotia persica. This was added in the 1970s, and in winter the ground is covered with yellow aconites and filled with the scent of saracocca (winter box), chimonathus (winter sweet) and daphne bholua.

Mrs. Greville’s much larger New Vegetable Garden, lies over a thatched bridge and sunken roadway, and is now replanted as an avenue of ornamental cherries leading to a thatched shelter, through wild flower meadows. 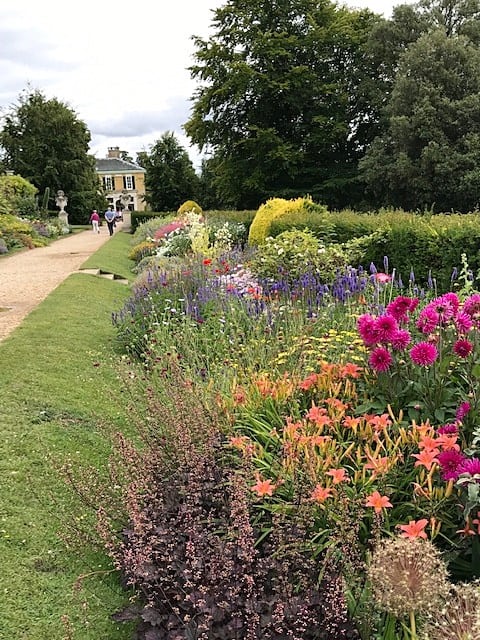 To the south side of the long flint wall lies Polesdon Lacey’s most showy garden. In the summer months, the long double herbaceous borders are the garden’s bright and exuberant piece de resistance.

Polesden Lacey’s garden always had good bones, and it is not difficult to imagine that in Maggie Greville’s time it would have provided a spectacular, showy backdrop to her extravagant parties. Passed to the National Trust in 1942, its future was assured, and after many years asleep it is thrilling for me to see this garden at last spring back to life.

Please note: the sat nav code is KT23 4PZ not the post code.