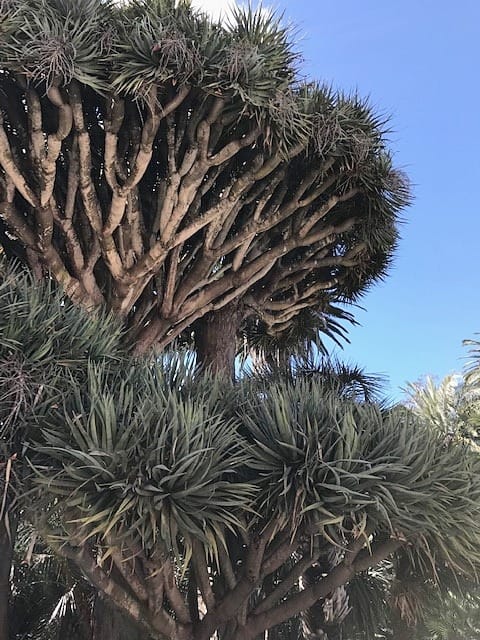 Lotusland is a garden that I have long wanted to visit; a botanical fantasy created by a wealthy failed opera singer with the added allure of very restricted opening times. Set high in the hills above Santa Barbara it is California’s most extraordinary garden, a serious world class botanical garden, but also a place of great style, whimsy and at times kitsch. Its creator, Ganna Waleska, described herself as ‘the enemy of the average.’ That was no under-statement. 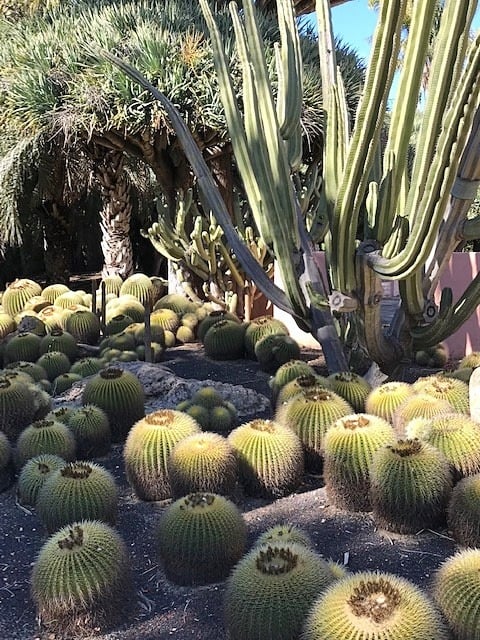 Photographs from the 1920s show her to be a determined, intense and beautiful young woman; she was pursued by each of her six mostly wealthy husbands until she consented to marry them. Harold McCormick, her fourth husband and chairman of the International Harvester Co. indulged her driving ambition to become a celebrated opera singer, but she suffered from fits of nerves that left her speechless on stage, added to which she had an unremarkable voice. Her great accrued wealth from divorce settlements enabled her to buy the Theatre des Champs-Elysees in Paris to stage her own operas. Impresarios around the world invited her to perform in their productions in the knowledge that her beauty and the scandalous news stories about her marriages and divorces were enough of a draw in itself, and that she would always foot the bill when things went wrong. 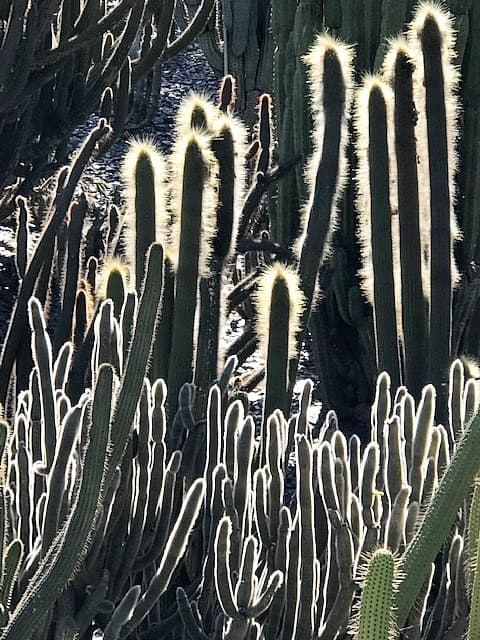 Her interest in spirituality and mysticism saw her dapple in seances, telepathy, astrology, the ouija board, Christian Science and meditation. It was Ganna’s sixth husband, a young scholar of Tibetan Buddhism and practitioner of various forms of yoga, including tantric, that persuaded her to buy the estate in the wealthy Santa Barbara suburb of Montecito in 1941. It was intended as a retreat for Tibetan monks but they were refused entry into the United States because of wartime visa restrictions. ‘Tibetland’ morphed into ‘Lotusland’ as her stormy marriage came to an end. Still flamboyant and theatrical, but now aged 54, she conceded that her looks might be fading and that her great voice could be past its prime. 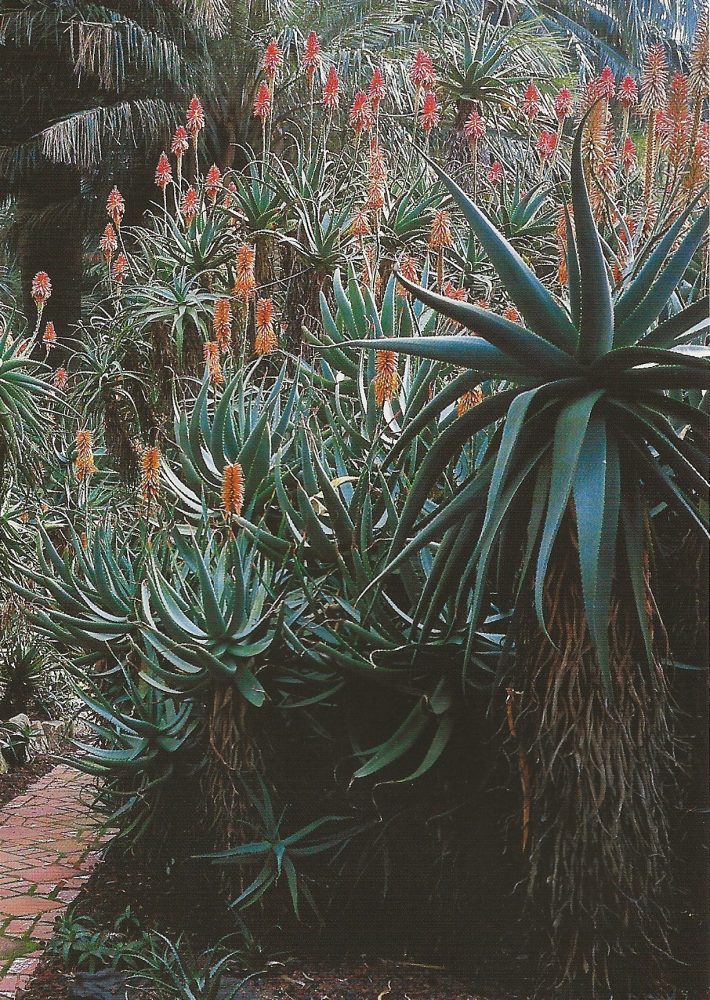 It was at this time she discovered gardening. She worked with, and exasperated, a succession of famous Californian landscape designers, but gained their respect for her remarkable creativity, style and sense of fun. The sale of her fabulous jewellery collection enabled her to develop a whole series of remarkable gardens including a cycad garden of 900 specimens (the second most important in the world, including three Encephalartos woodii – extinct in the wild). The cactus garden has over 300 different species, and the extensive sub-tropical bromeliad, aloe, succulent and Australian tree fern gardens are all planted with an eye for dramatic effect. She pioneered mass-planting of the same species particularly of desert plants, but also of clivias and agapanthus. 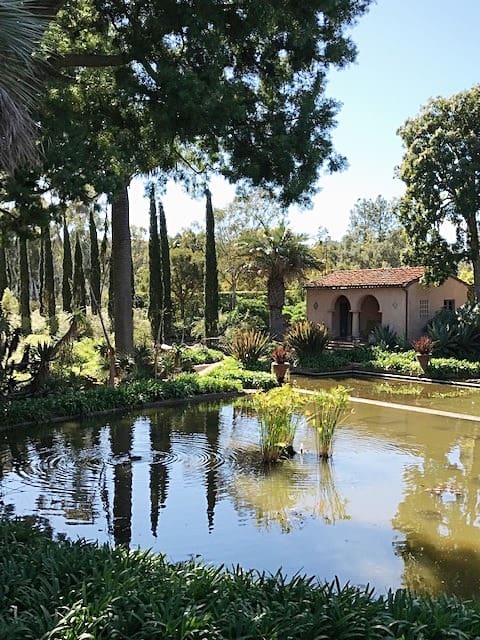 Regrettably, at the time of my visit, the Japanese garden was closed for an extensive $6 million renovation (but re-opened in summer 2019). Ganna had commissioned Frank Fuji the Japanese-American garden designer in 1967, and for the next forty years he perfected a quiet, contemplative and beautifully-detailed authentic re-creation of an Edo-era strolling garden relying on simplicity rather than dramatic effect. He firmly resisted Ganna’s many attempts to intervene but as her interest in Eastern philosophy grew she came to appreciate and respect this counter-point to her own work. 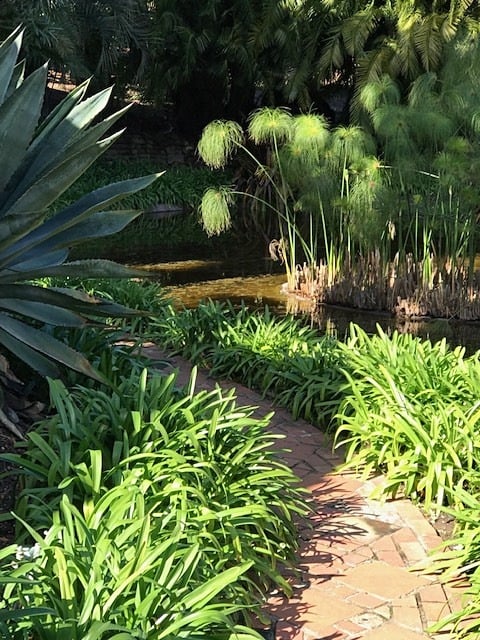 She entertained extensively and gave private operatic performances in her open-air Theatre Garden with its sunken stage and wings formed from cypress hedges and terraces peopled with antique stone grotesques. Her whimsical Topiary Garden consists of a ‘zoo’ of 26 topiary animals, including a camel, gorilla, giraffe and seal; whilst the crescent-shaped pond was converted into a kitsch abalone shell fantasy, complete with fountains crafted from stacked giant South Pacific clam shells. 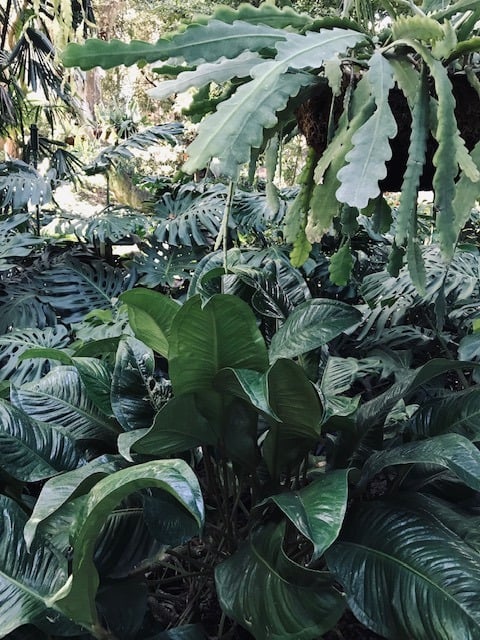 Lotusland became a charitable foundation upon her death in 1984, and it is not an easy garden to visit. Situated in an area of wealthy private estates, a series of acrimonious and prolonged law suits resulted in its opening hours being severely restricted and as a consequence it has only 16,000 visitors a year, admitted on small private tours.

Few things give me greater pleasure than to come across a little-known, seldom-photographed garden that is both a revelation and a joy to visit. Lotusland’s exuberance, originality, surreal sense of fun and serious botanical collections makes it one of this small band of very special places.

Note: Open Wednesday – Saturday, from mid-February to mid-November by prior appointment.