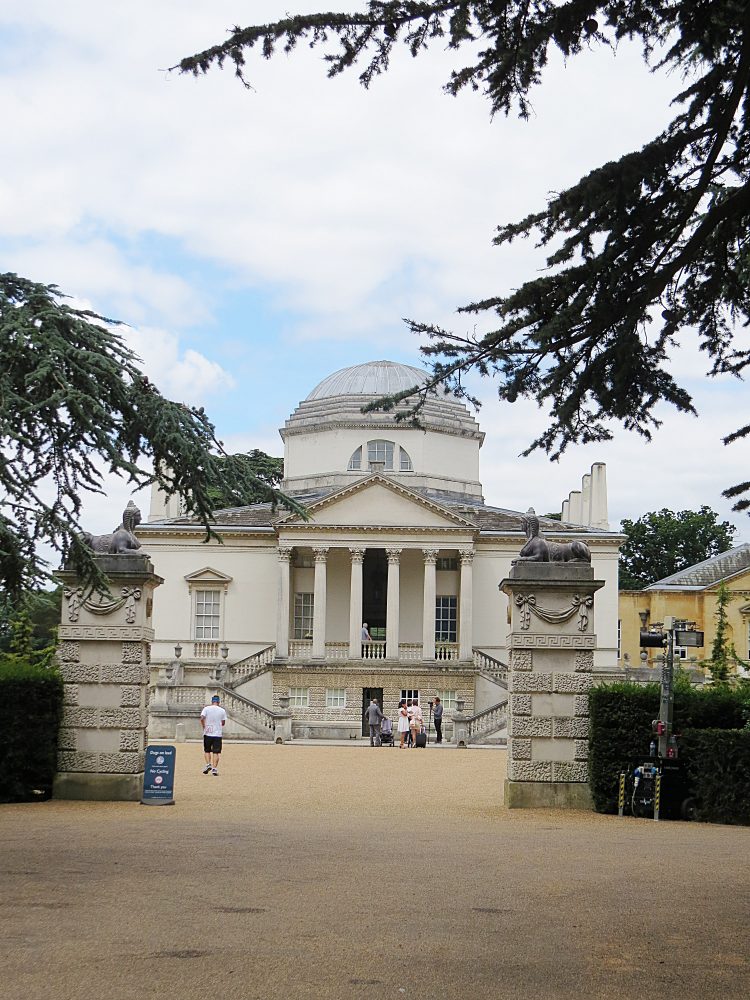 When I first moved to West London I was curious to check out local parks and gardens, the first being Chiswick House and Gardens. The house at that time was a faded, tired but spectacular small villa under the custodianship of English Heritage; the gardens a scruffy, down-at-heel municipal park belonging to the London Borough of Hounslow and taken over by dog-walkers. Like many other locals I visited once and never went back.

Although the Heritage Lottery Fund had been set up in 1994, distributing £375 million a year to heritage projects, it was not until 2005 that English Heritage and Hounslow Council agreed to form the Chiswick House and Gardens Trust to unify management of house and gardens and apply for a grant. The effect was transformative, tapping in to enthusiastic local and national support and raising over £4 million in matched funding to the Heritage Lottery Fund grant of £8 million. 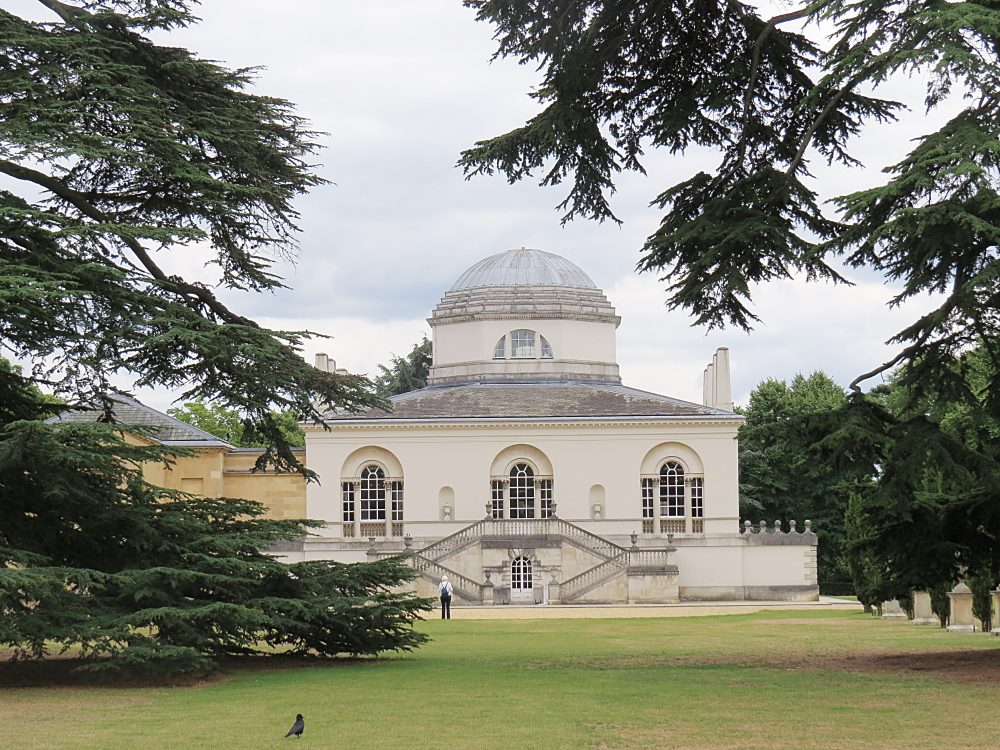 By 2008 the restoration project was underway, which saw the lake desilted, the Cascade restored, hoggin paths relaid, trees and hedges planted, the Paxton conservatory restored, children’s playground built and a surprisingly modern and stylish cafeteria, designed by architects Caruso St John, built close to the house. As with all garden restoration projects, it took a while for the new and rejuvenated planting to settle down, and over the years it has steadily improved helped by a first rate professional maintenance team and some sixteen volunteer gardeners. At last the disparate elements have merged into a unified whole and it has been transformed into a delightful place to visit. 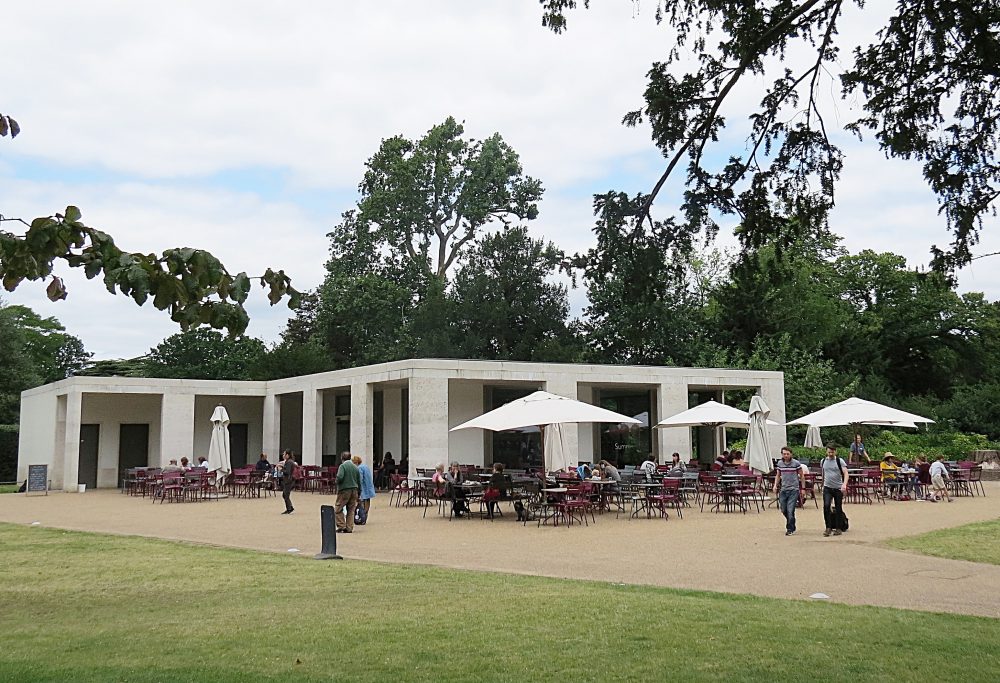 Chiswick House and its gardens are of national importance; having been designed and laid out by one of the early 18th century’s most influential and extraordinarily talented innovators, Richard Boyle, the 3rd Lord Burlington. Between 1714 and 1719 Burlington embarked upon three grand tours visiting Roman ruins and also acquiring a passion for the work of 16th century Venetian architect, Andrea Palladio.

At Chiswick, he built the first neo-Palladian country house, (more the size of a small villa) loosely based on Palladio’s Villa Rotunda and as such introduced a style into Britain that was to take the 18th century by storm, leading to countless neo-Palladian country houses and public buildings. The diminutive villa housed Burlington’s collection of paintings and antiquaries and was connected to the main house (since demolished) by a two storey link. 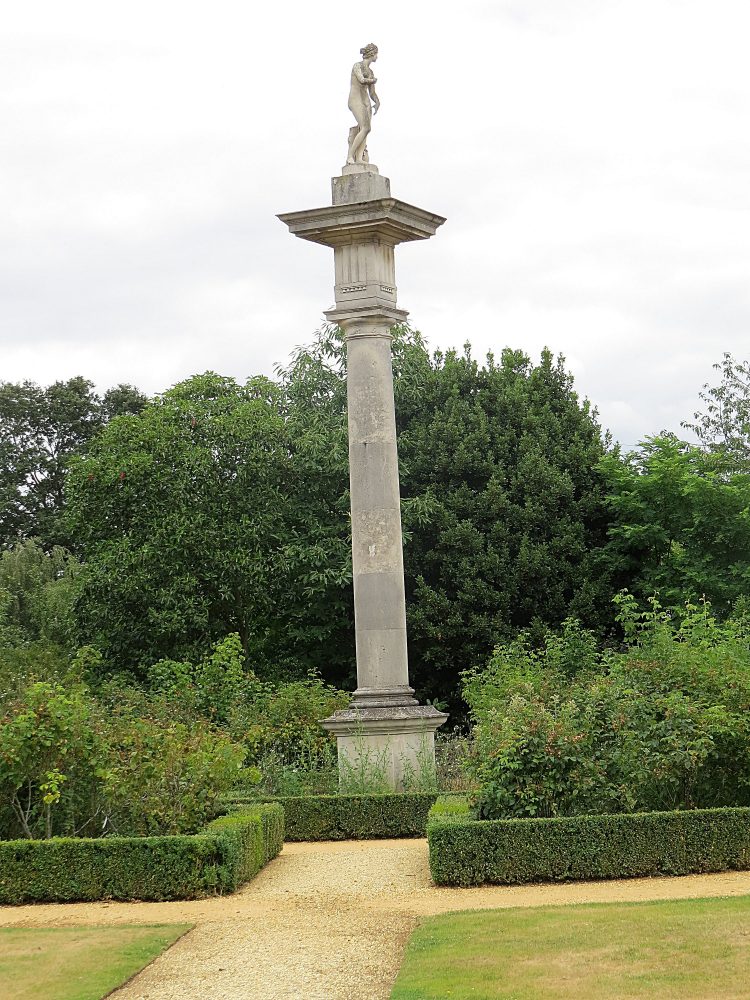 Equally radical was Burlington’s idea to recreate a Roman garden, based on surviving classical examples such as the Emperor Hadrian’s Villa Adriana (from which he acquired three statues). At first Charles Bridgeman, and later William Kent made Burlington’s ideas reality, and classical busts, sphinxes, and statues were added to give theatricality and the allusion of antiquity. Of these, the copy of the Venus de Medici from the Uffizi Gallery in Florence, mounted on top of the Doric Column is perhaps the most interesting. 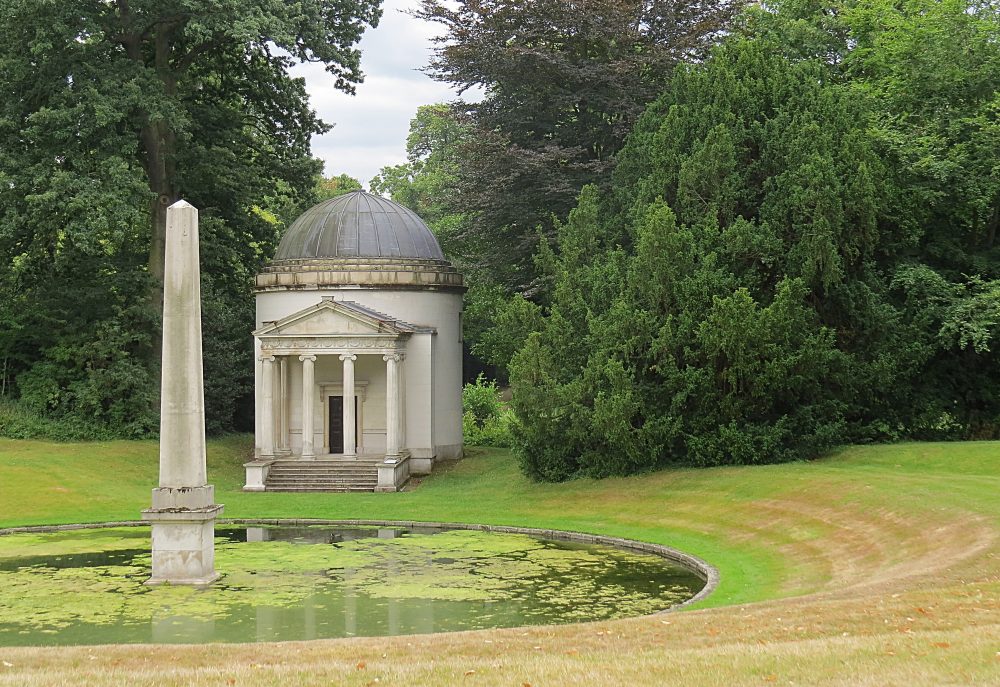 The garden was in a constant state of transition from the 1720s, as Burlington’s and Kent’s ideas changed, but the formal French pate d’oie (goosefoot) arrangement of three radiating avenues was retained. Burlington terminated the vistas with three small classical buildings, a ‘Bagnio; (bath house), ‘Pagan Temple’ and ‘Rustic House’, the former two being demolished later in the century.

Kent was inspired by the paintings of Nicholas Poussin and Claude Lorraine which showed classical temples, ruins and statuary against the backdrop of the picturesque Italian countryside. The wonderfully sophisticated Ionic Temple and Orange Tree Garden was built in 1726, set in a semi-circular garden with three concentric stepped grass terraces to display the orange trees, and a central circular pond with obelisk. 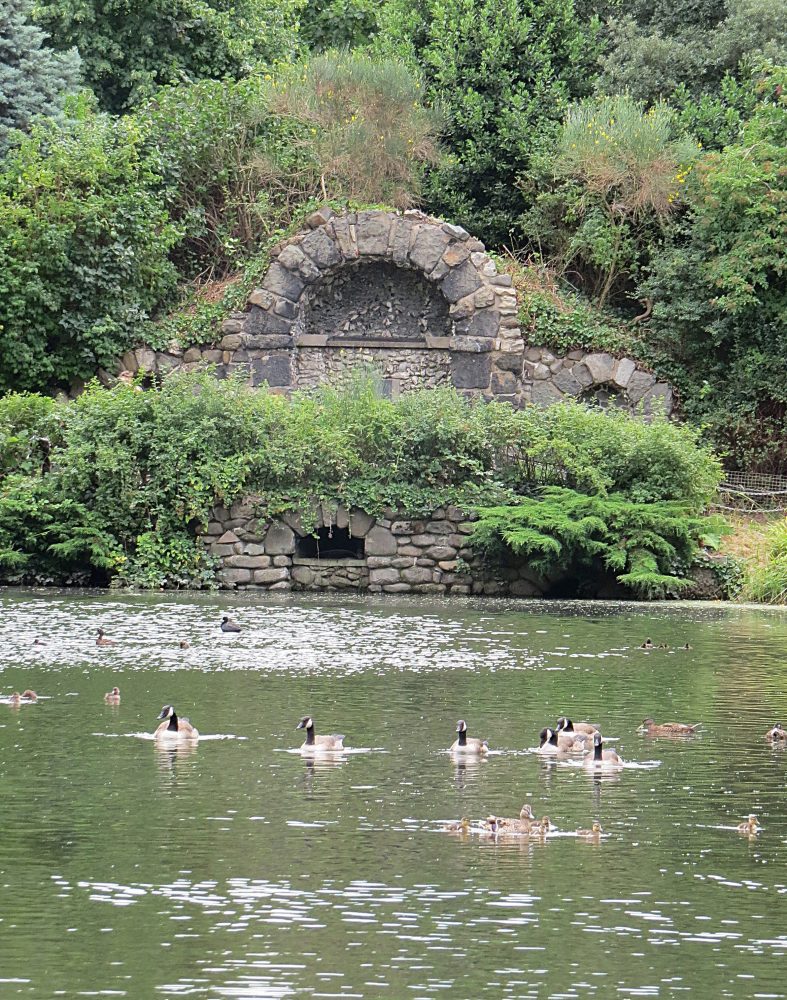 Subsequently Bridgeman’s formal canal was widened, deepened and naturalised to give the illusion of a river, the surplus spoil being used to build a raised terrace that gave views across the meadows to the distant River Thames, and glimpses of the lake and garden through the roses, honeysuckle and shrubs. To this end of the lake, Kent added the rustic Cascade a smallish waterfall descending over a series of rock steps through three archways.

By the mid-1740s, the maze had gone, and Kent had created the Exedra, a semi-circular backdrop of yew to display Burlington’s sculpture collection (urns on pedestals replace the missing statues today). The adjacent formal water basins were swept away, and a large lawn created and planted with a fine avenue of Cedar of Lebanon. The changes moved the garden away from Burlington’s Roman model and towards a ‘natural taste in gardening’ but the death of both Burlington and Kent around 1750 brought this remarkable partnership to a close. 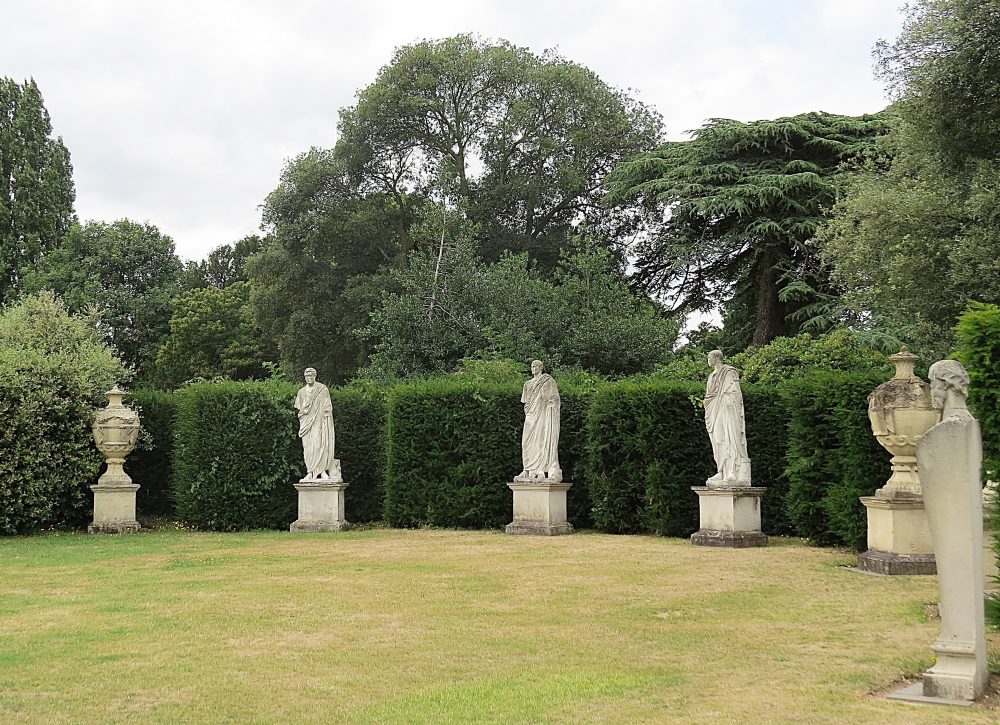 The estate passed by marriage to the Dukes of Devonshire, the 5th Duke building the classically-inspired bridge over the lake, and the 6th purchasing the adjoining estate to the east and building a fashionable 19th century Italianate garden and a conservatory (designed by Joseph Paxton), to house his collection of camellias. 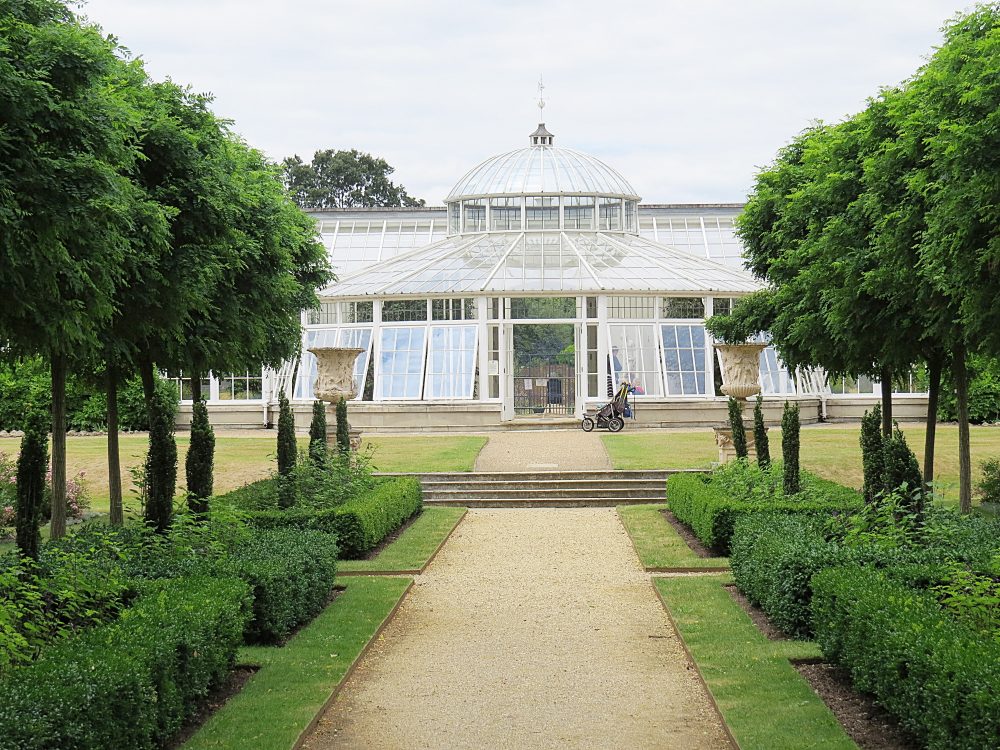 Despite Chiswick House and Garden’s historical importance, most visitors seem to be locals, no longer making just a single visit, but returning time and time again. The steady improvements make this a garden that deserves wider attention.