I feel very apprehensive, a bit like the little boy and the emperor’s lack of clothes, because I am about to commit a heresy – criticising Betto Chatto’s Gardens. As a garden designer, I know my ‘Anthriscus sylvestris Ravenswing’ from my ‘Anthemis tinctoria E C Buxton’, but more importantly I have learnt where to plant them so that they survive and flourish, and this I owe almost entirely to Beth Chatto. 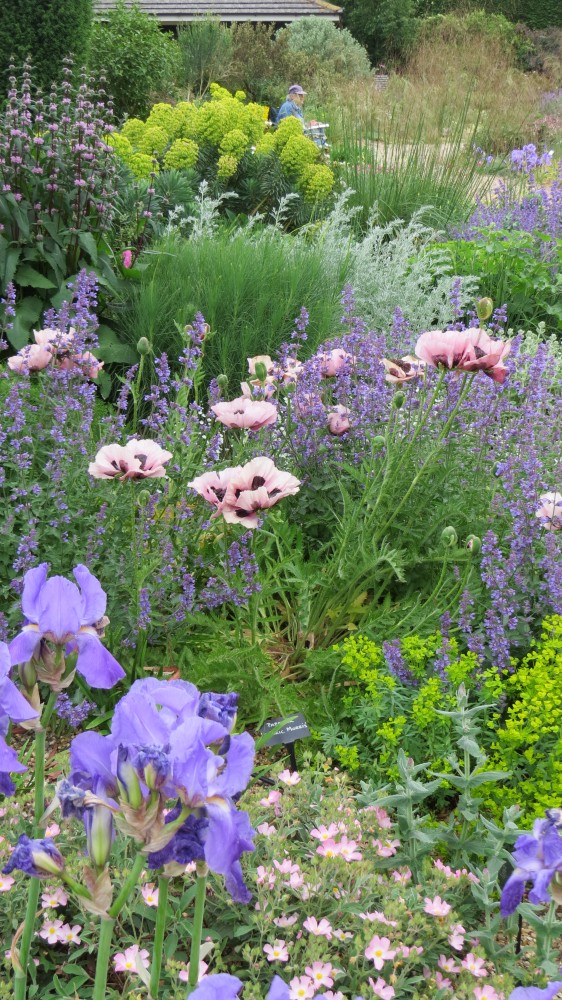 But garden style has moved on, and I feel that her background in flower-arranging has influenced her to such an extent that her plant combinations now seem too small scale, too arty and too fussy. Perhaps this is unfair, and I should view her gardens in the context of when they were built, but unlike time-warped Sissinghurst, for instance, Beth, now 90, is still alive and active.

So why isn’t her garden still evolving? After all, perennials need dividing and replanting every few years, but her garden seems very much as it was when I first saw it over 20 years ago, and I’m not ready to think of it in historical terms. The difference to Fergus Garrett’s work at her friend Christopher Lloyd’s garden at Great Dixter couldn’t be more striking. 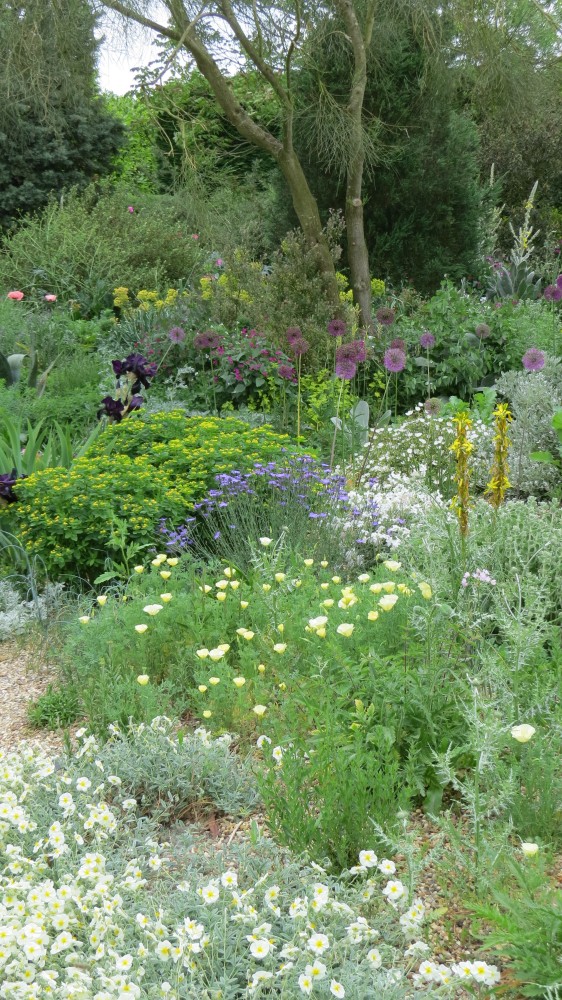 Beth started to lay out their challenging and unpromising garden in 1960; with conditions varying from heavy clay, waterlogged silt, to dry sun-baked gravel and woodland shade. Her husband, Andrew, had an encyclopaedic knowledge of plant ecology and habitat, and from the practicable knowledge she gained, she wrote the first of her many hugely successful books ‘The Dry Garden’ followed by ‘The Damp Garden’, ‘The Shade Garden’ and ‘The Gravel Garden’ She is a great communicator and it is difficult to appreciate the sea change she instigated. 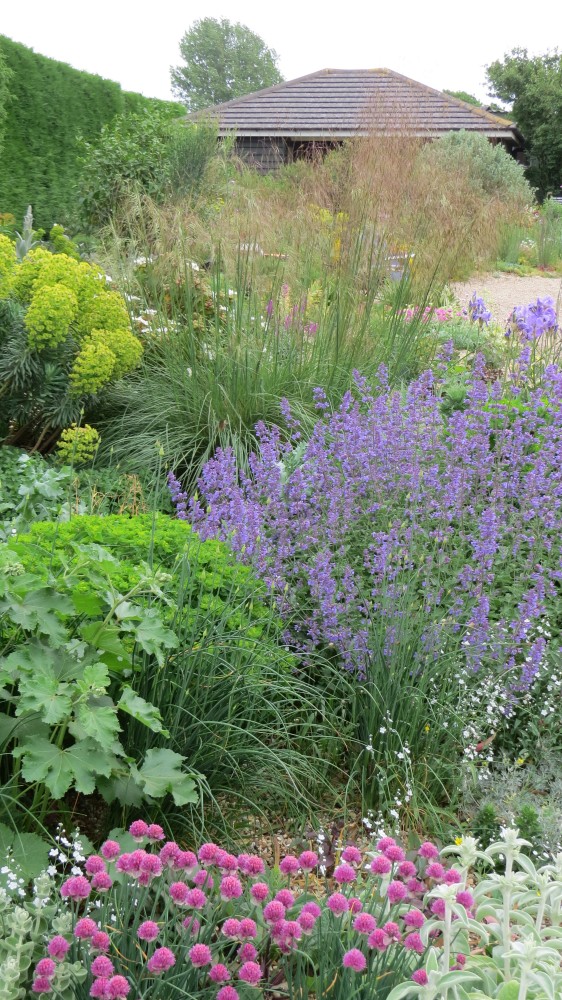 The catchphrase of successive generations of gardeners ‘right plant, right place’ has its origins in her pioneering work. The most influential British plantswoman of the late 20th century, her ‘Unusual Plants’ stall at the Chelsea Flower Show, was awarded 10 consecutive gold medals between 1977 and 1987, and as a result her mail order business and nursery has flourished. It’s great to go to a nursery where the many unusual plants are grouped according to their ideal growing conditions. 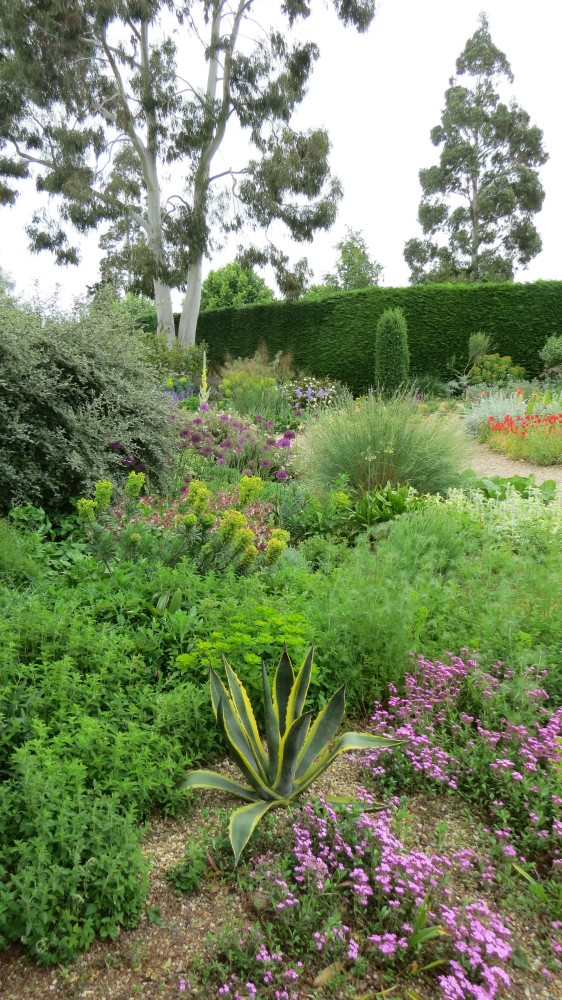 The gardens are attached to her nursery at Elmstead Market near Colchester, and have six distinct plant habitats, the first being the stunning Gravel Garden with its strong emphasis on perennials. Enclosed on two sides by conifer hedges, giving protection from the biting winter winds that sweep across the flat Essex countryside from the Arctic; and by the new Tea Room on the third side, the island beds are given vertical emphasis by tall grasses, eucalyptus  and conifer spires. The use of gravel for both paths and mulching gives the garden a sense of unity, freedom and loose informality. 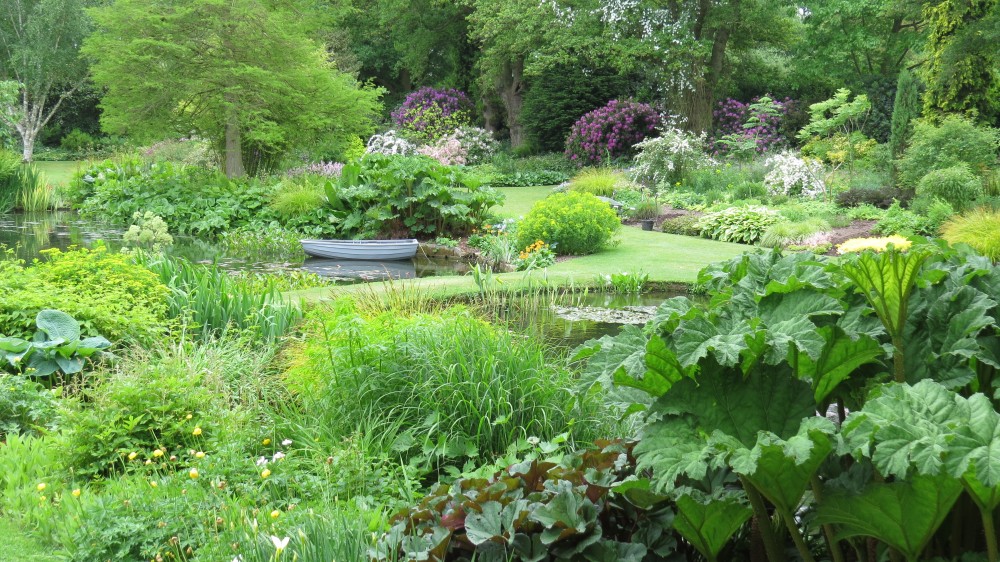 This was unlike the prevailing style of British gardens at that time; of lawns and borders with shrubs, perennials and ground cover, carefully arranged according to size, contrast of flower, colour and leaf form. All very uptight, and something I was only to happy to subscribe to at the time.

The Gravel Garden seemed a breath of fresh air for our upcoming generation of gardeners and garden designers; but unlike the many perennial garden copies that followed, this one has good evergreen structure, particularly important in the four winter months when the contrast between the various brown and silver seed heads becomes of incidental interest. 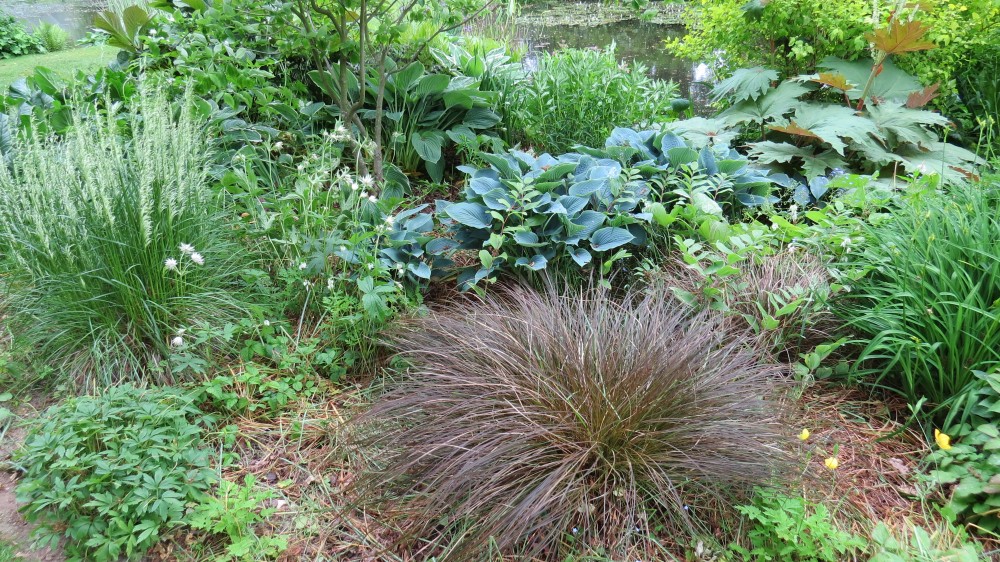 Whereas the Gravel Garden is free, there is a charge to visit the five remaining gardens, which pre-date it. I must admit that when I first visited these gardens 20 years ago I was bowled over by the skill of the companion planting of a large number of specialised cultivars; but times and styles change and I have grown used to seeing large drifts of native or at least natural looking perennials in waterside, shade, woodland and scree settings. 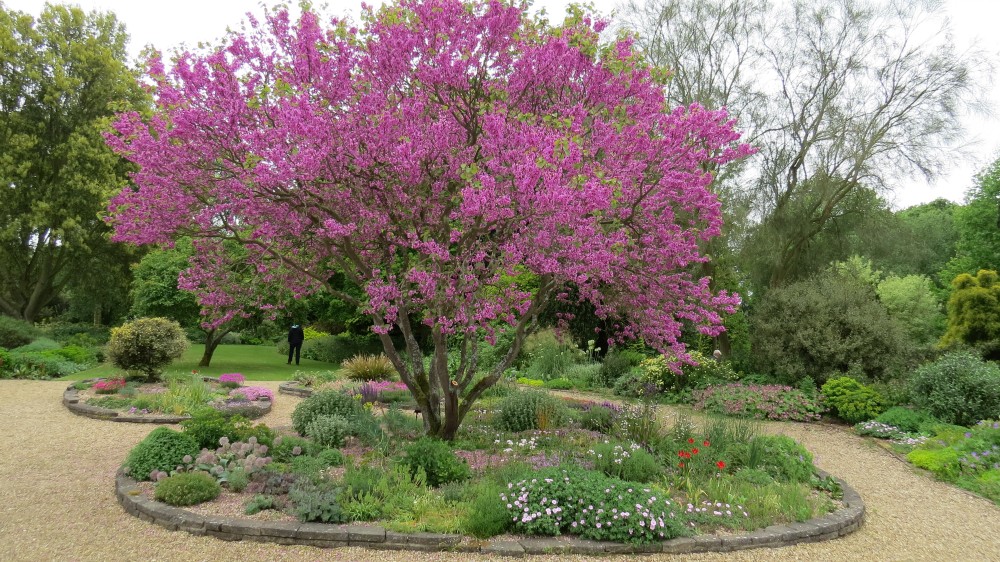 Despite my reservations, which I’m sure many won’t share, this is one of the most important gardens of the late 20th century, and worth a visit not only to see the fabulous Gravel Garden, the starting point of many thousands of imitations, but to view the remaining gardens in an historical context.