Lawrence Johnston is famed for creating his great and influential garden at Hidcote, but I have always been curious to visit his other garden in the hills just outside Menton on the Cote d’Azur. How does it compare to Hidcote, and why isn’t it better known? 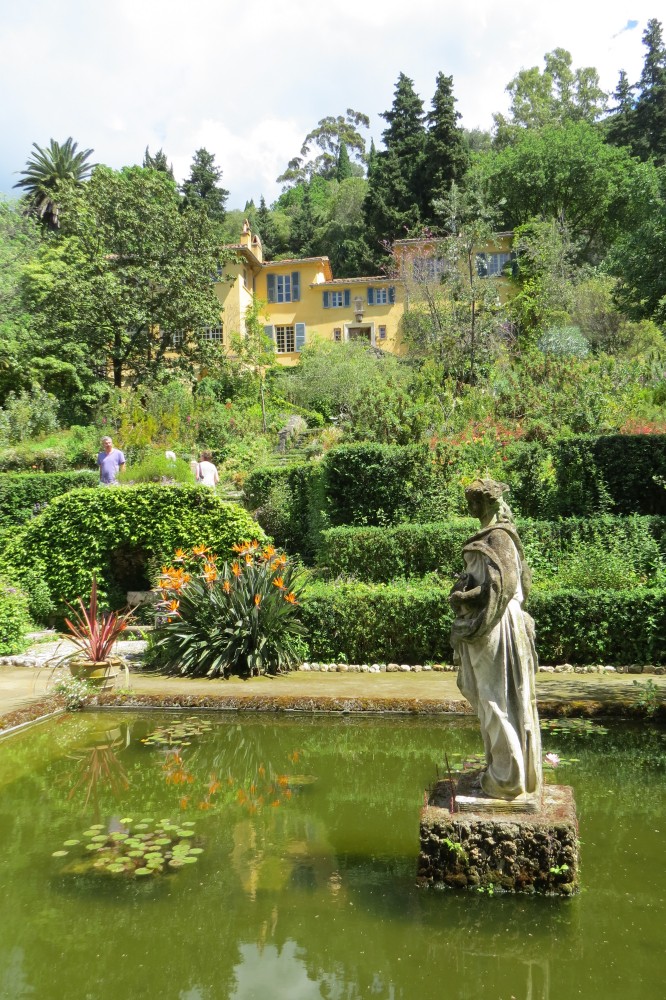 Johnston’s Serre de la Madone was his ‘paradis terrestre’ but despite extensive restoration between 2000 and 2005, it seems to me to be a garden that has lost its way, a sad shadow of its former self. Nothing could be more different from Hidcote, which has that formidable money-raising machine the National Trust behind it, and receives large dollops of Heritage Lottery Fund money. Hidcote is, if anything, an over-commercialised tourist attraction which has to extend its opening hours in the summer months to cope with the number of visitors. With parking for over 300 cars and numerous coaches Hidcote has become a major destination on the Cotswolds itinerary. 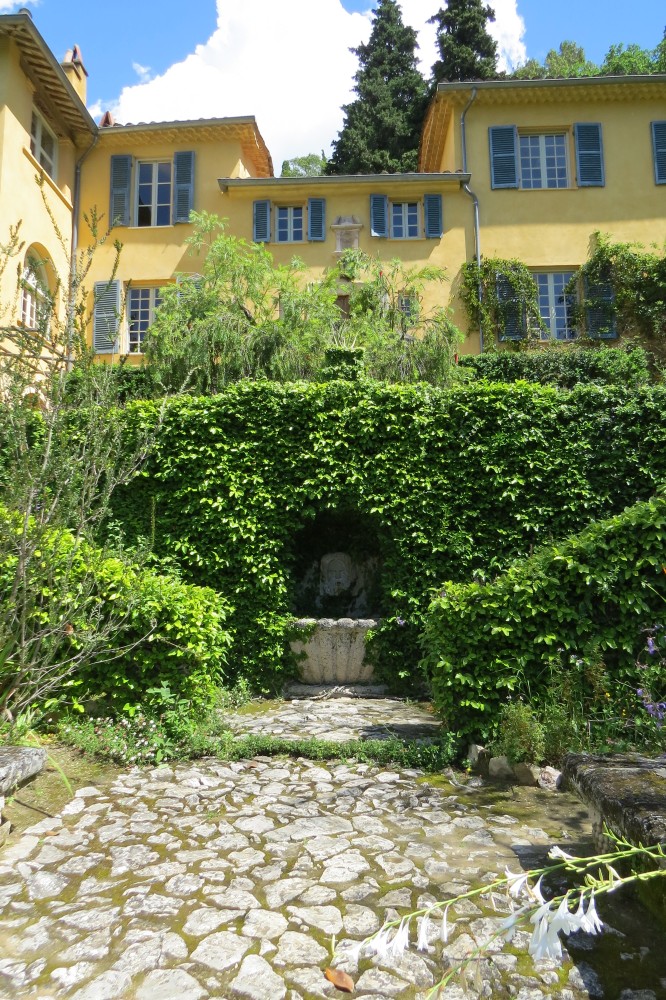 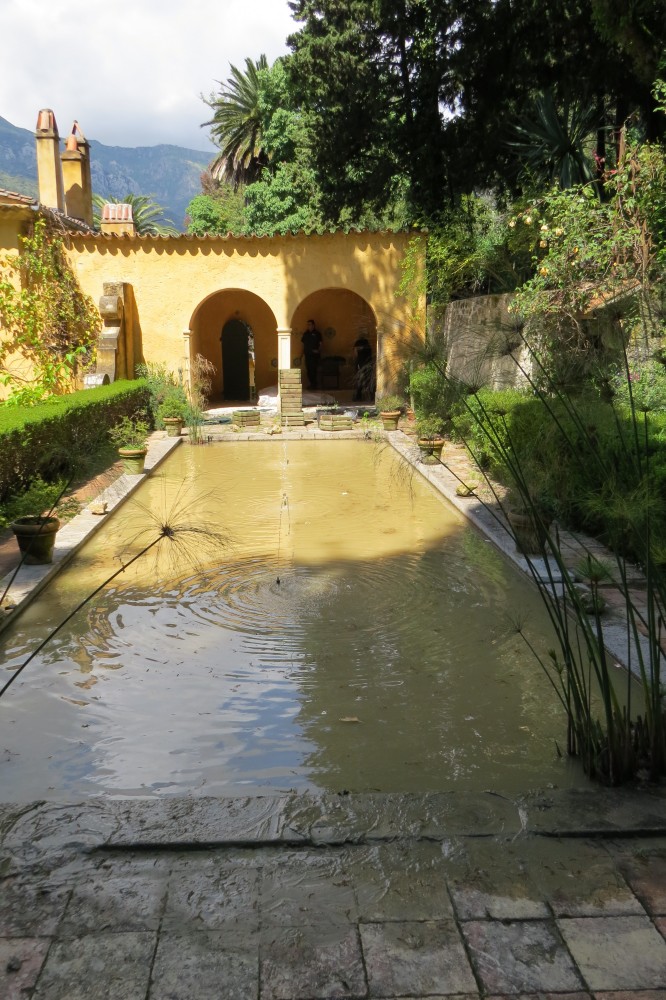 Johnston developed his French garden between 1924 and his death in 1959, its 16 acres (6.8 hectares) of several steep ascending terraces leading up to the ochre-painted enlarged Provencal farmhouse. Interestingly, it reminded me of Iford Manor, Harold Peto’s own garden in Somerset started at about the same time. Peto was working on several major garden projects on the Cote d’Azur when Johnston was creating Serre de la Madone. 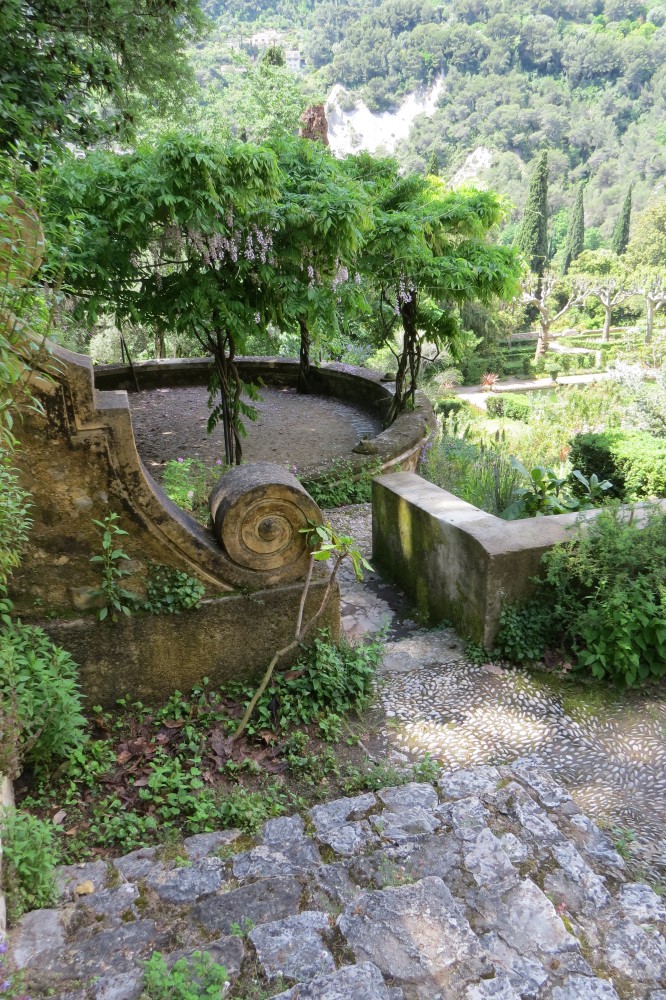 In its heyday, Serre de la Madone required 12 full-time gardeners, and it is not a garden that lends itself to labour-saving technology (apart from cutting the box hedges); and the 3 gardeners employed today are clearly overwhelmed with their task, let alone able to complete the daunting task of restoration and replanting. 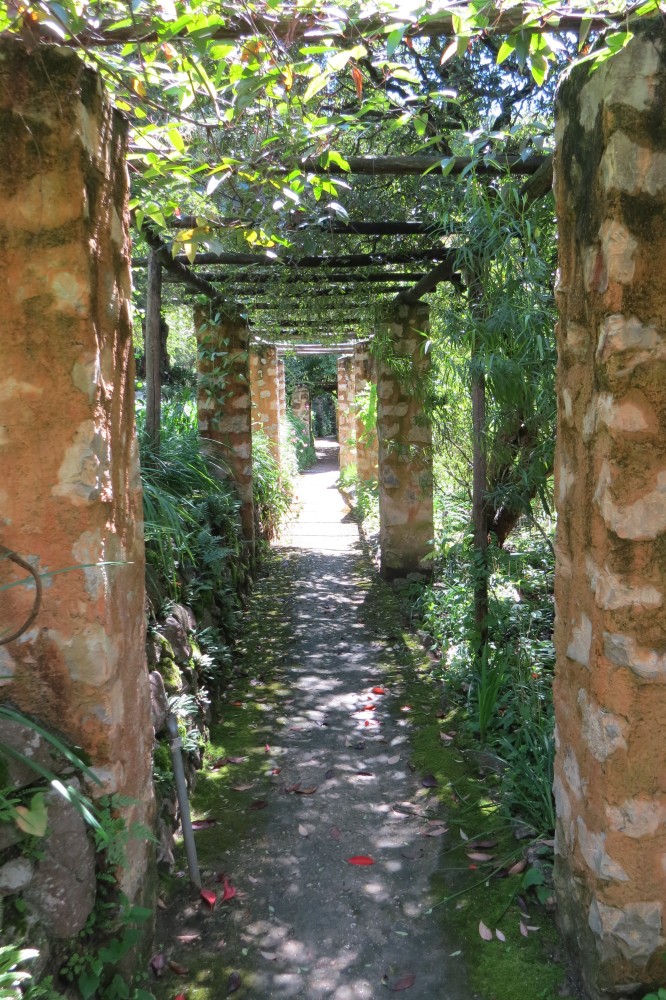 Beds are weedy and unkempt, pools green with algae and lacking water circulation, plant labelling patchy, and trees in need of pruning. A few bright bi-colour municipal petunias and young eucalyptus don’t inspire me in the same way as Johnson’s Hidcote. Mid-May should have been a good time to visit the garden (as indeed it was when I visited neighbouring La Mortola), but the replanting doesn’t provide the continuity of flowering that I’m sure it once did. 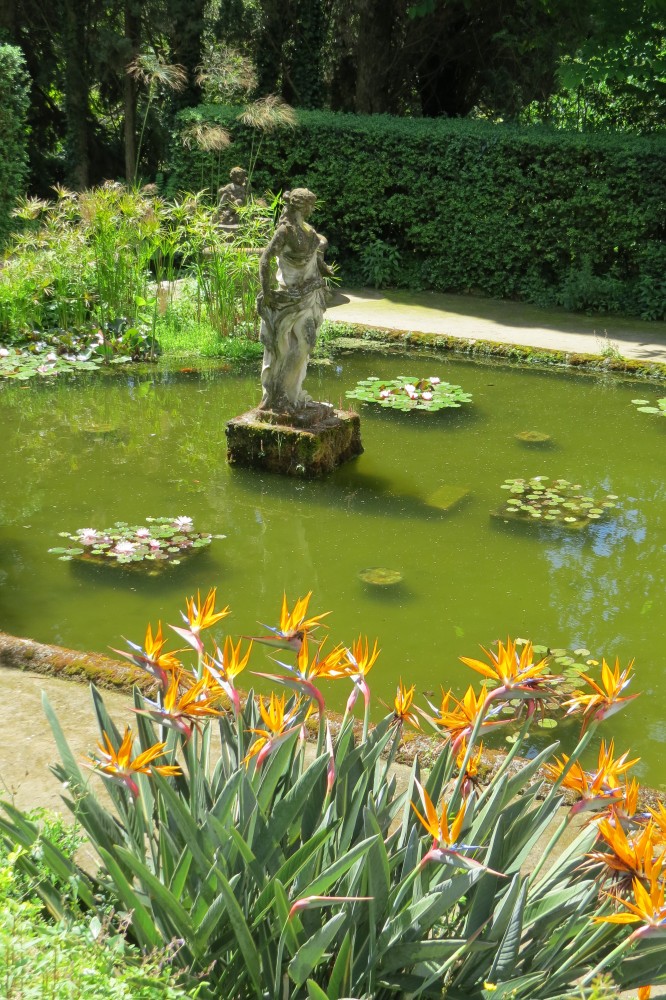 Like Hidcote, and many of the Arts and Craft gardens of the early 20th century, Serre de la Madone has wonderful structure;  a series of contrasting intimate spaces with pools, fountains, pergolas and classical sculpture set on a terraced hillside with a main stepped central axis running from top to bottom. 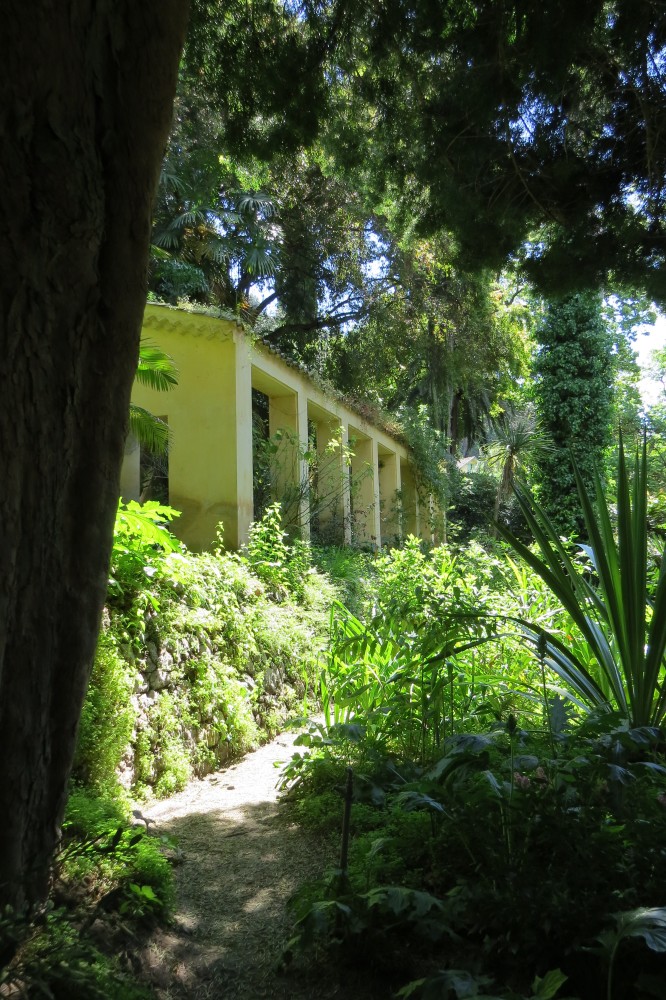 Unfortunately, this infrequently visited garden is hindered by poor road signage, and as Menton has spread, its original bucolic setting  the ‘paradis terrestre’ is now approached from a noisy road which blights the lower terraces, however there remains a sense of lush tranquillity on the upper terraces and by the house. 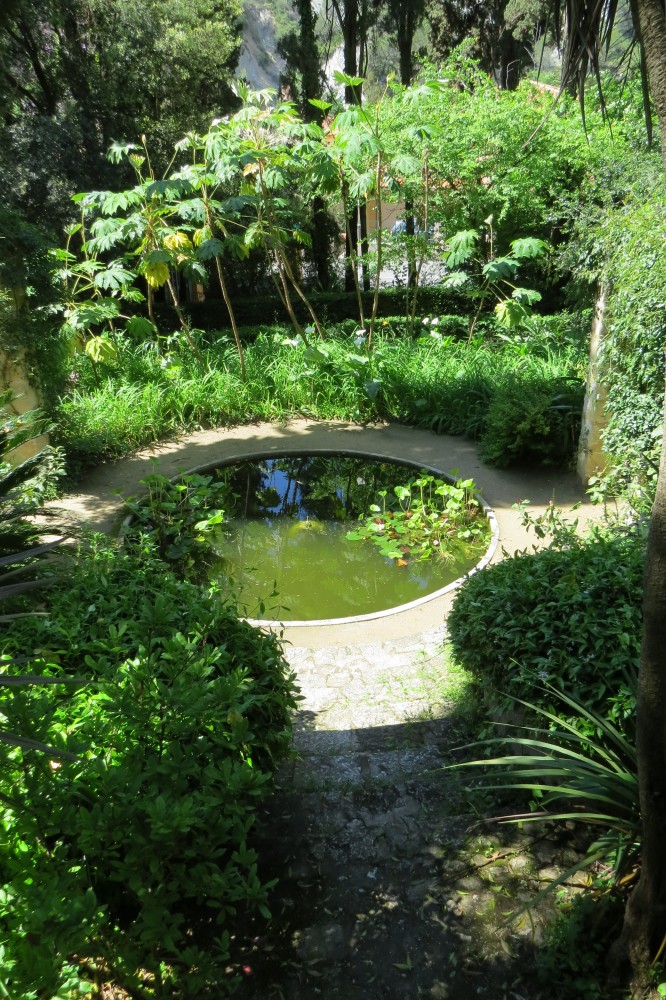 Serre de la Madone is a plant collector’s garden of sub-tropical exotica like many gardens of the Cote d’Azur, and a place of pilgrimage for fans of Hidcote. In England it would have exploited its unique historical potential as Lawrence Johnston’s other garden. It would have been up and together, attracted huge funding for its restoration, and become a magnet for large numbers of enthusiastic garden-loving tourists; but here it is a sad sideshow. I find it a hugely frustrating experience to see a great garden in such poor shape.