Come with me to the weird and wonderful world of Snozzle, or at least that’s what I was reliably informed the locals called this sleepy little village before it, along with most of the rest of the Cotswolds, was annexed by the smart city slickers of the Royal Borough of Kensington and Chelsea. This village is everyone’s idea of the English countryside; mellow stone cottages with Cotswold stone slate roofs and rose-covered walls, neatly manicured front gardens stuffed with cottage garden flowers huddled around the reassuring presence of a solid medieval church tower and set in a lush rolling countryside of fields, woods and bleating lambs. 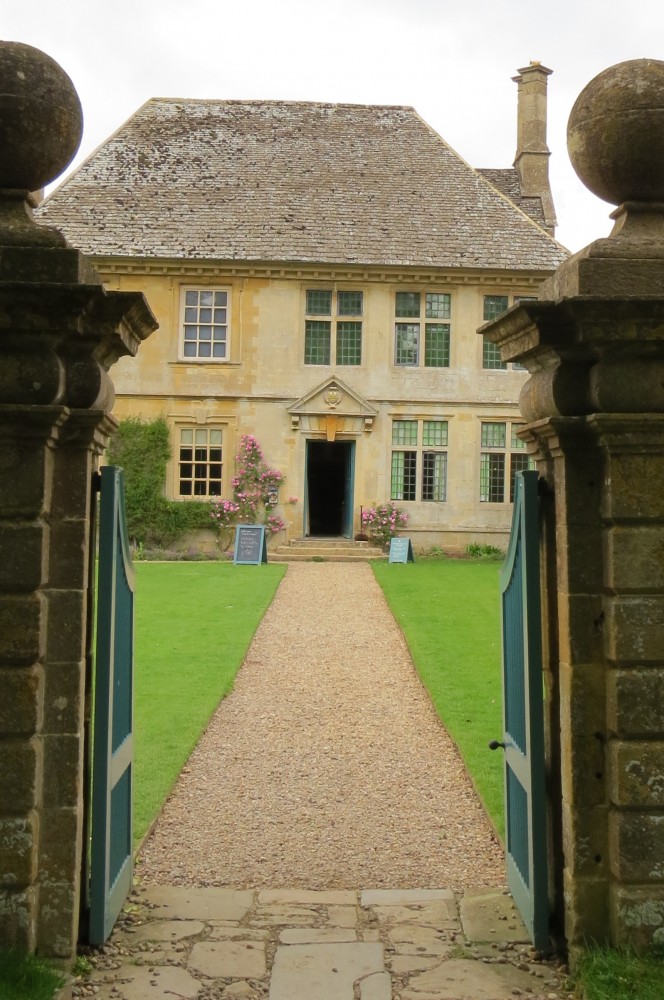 But it was from Hampstead, that hotbed of the intelligentsia, rather than Kensington and Chelsea that Charles Wade escaped when he bought the small Snowshill Manor estate in 1919. He had trained and practised as an architect, before inheriting, at an early age, extensive sugar plantations in the West Indies, which enabled him to indulge his extraordinary passion for collecting. His guiding Arts and Crafts philosophy was carried to the extreme; there was no electric light, gas or modern heating and plumbing at Snowshill; and he lived in almost monastic simplicity in the ‘Priest’s House’ one of the farm buildings he converted to a cottage. To say that he was eccentric was an understatement but the small intimate garden that he created at Snowshill is one that I admire and have great affection for. 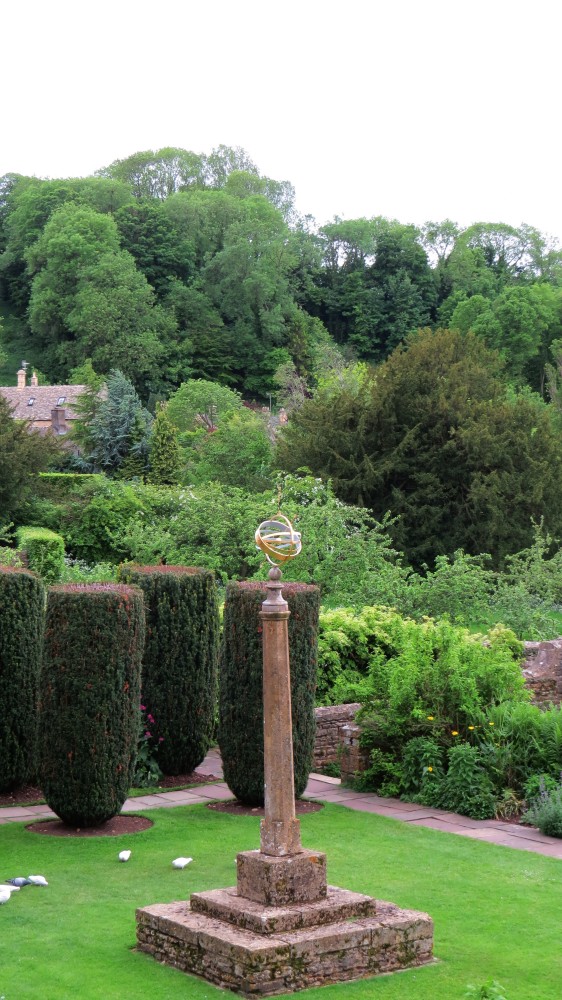 The master plan, by his friend and fellow Arts and Crafts architect, H M Baillie-Scott, was conceived as a series of outdoor rooms; and the terracing of the hillside enabled  Snowshill’s enclosed gardens to be skilfully counterbalanced by glimpses of the magnificent countryside beyond, and this is for me one of its greatest charms. The manor house and garden form a unified and superbly detailed whole, and unsurprisingly, given Wade’s background, this is a garden where the architecture and hard landscaping dominate, and the planting is given a secondary role. 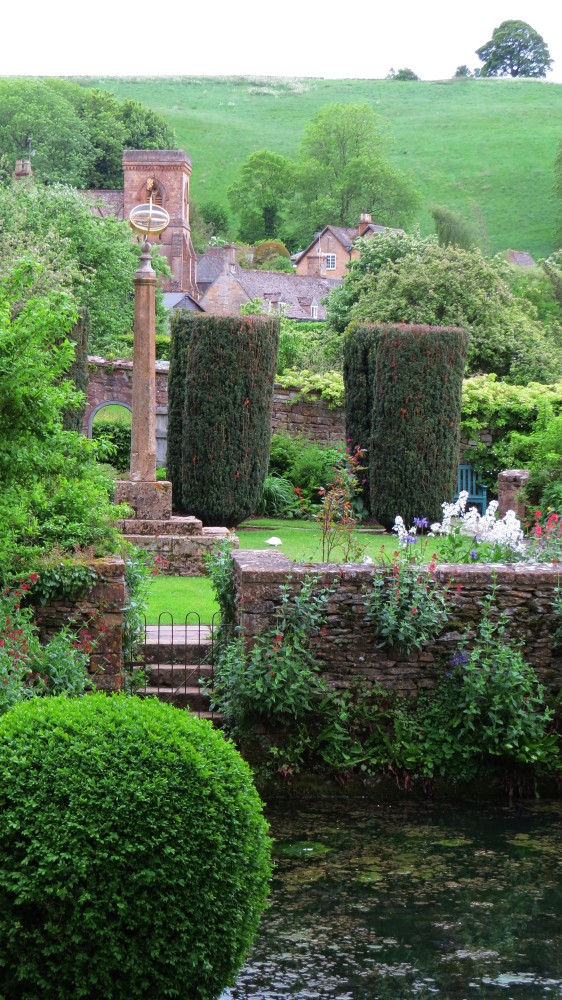 View over the Jolly Roger Pond to the Church

Approached between two small gatehouses, the Entrance Court is a very plain stage set of lawns and gravel path; where ahead, the asymmetrical Georgian and Elizabethan main facade of the manor, instead of presenting a picturesque composition as one might expect, is uncomfortably stitched together. This is the quirky curtain-raiser to what is inside; Wade’s astonishing collection of 22,000 articles of exquisite handiwork. 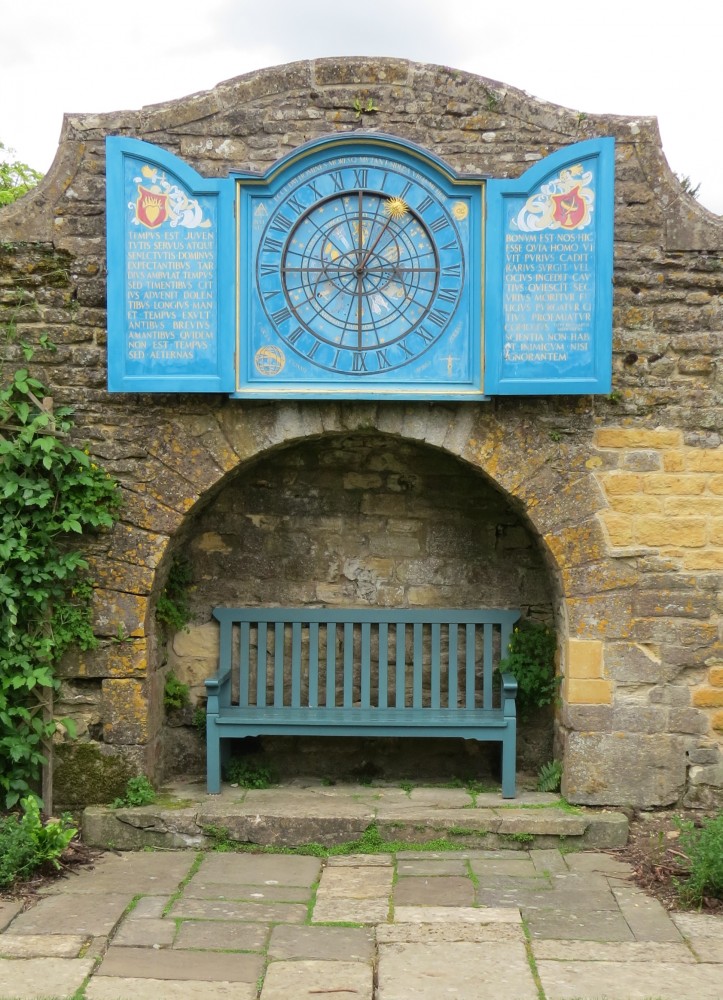 This is a garden I have known for many years, and I come back to time and time again, and like so many National Trust properties it is reassuringly unchanging. The terraced gardens lie on the steeply sloping west side of the manor house, where outlying converted farm buildings form an essential part of the composition, and house more curiosities. The Armillary Court, approached down stone steps, and through an avenue of yew columns, reminiscent of neighbouring Hidcote sets the scene. This is a garden of Cotswold stone walls, with narrow beds planted in blue, mauve and purple cottage garden perennials, with the occasional splash of bright colour and set around large expanses of grass, Beyond the court lies the pond, (The Jolly Roger) with Wade’s scale model harbour; the garden then dissolving into wildflower meadow and rough grass. 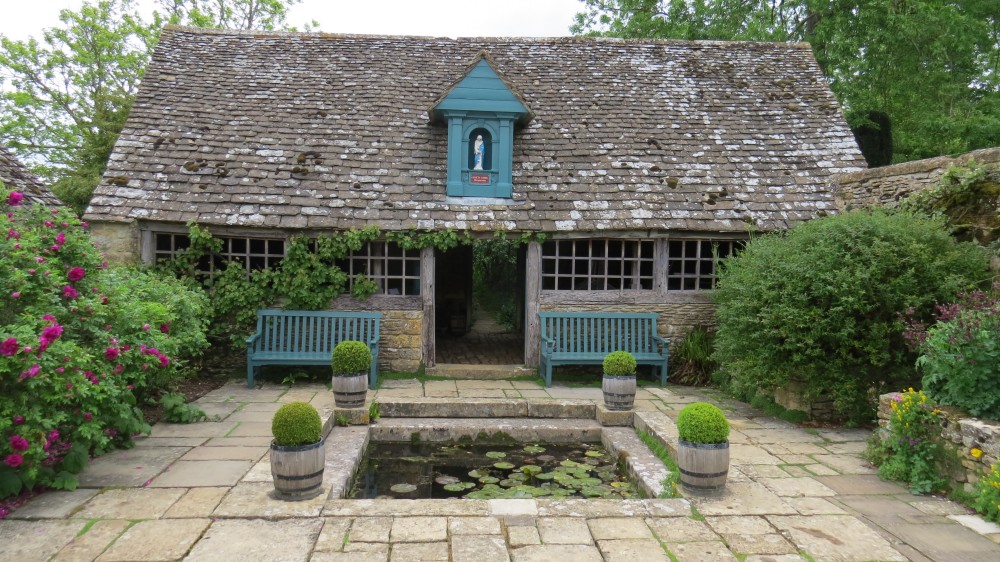 The lower enclosed terrace, the Well Court, has certain similarities, and quirky Wade features such as the alcove seat with astrological clock above, one of Arts and Crafts Garden’s most memorable images. Further down the slope lie the Kitchen Garden, the Nut Walk and the Orchard. Returning past the Dovecote, and along the south side of the gardens, the gently rising south-facing Long Border seems to me to be an awkward and curious afterthought, where perennial planting taking precedence. 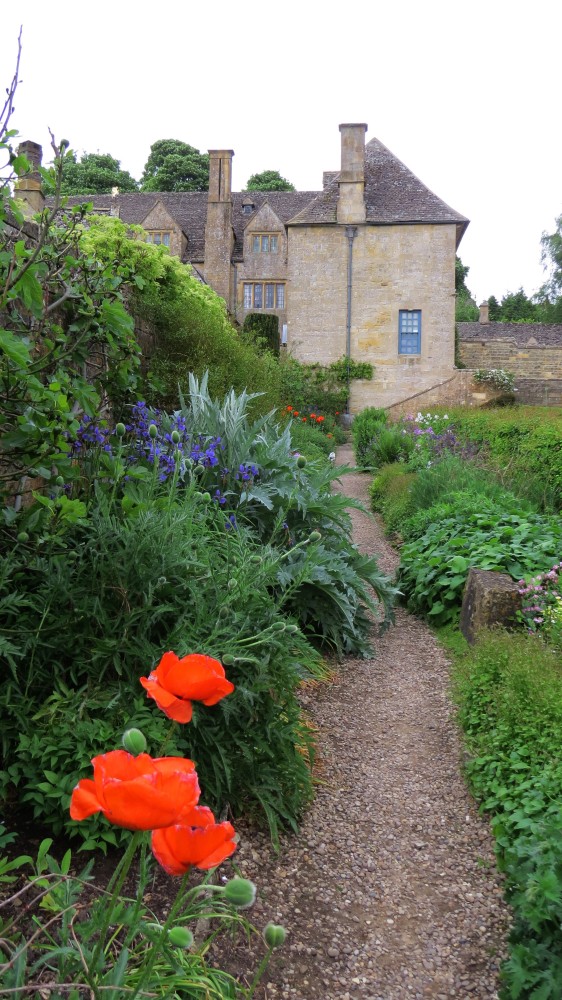 Snowshill is a delightful celebration of English eccentricity; an intimate garden with careful Arts and Crafts detail, and whimsical Wade embellishments, best seen in late May to early July, to avoid the large numbers of visitors. 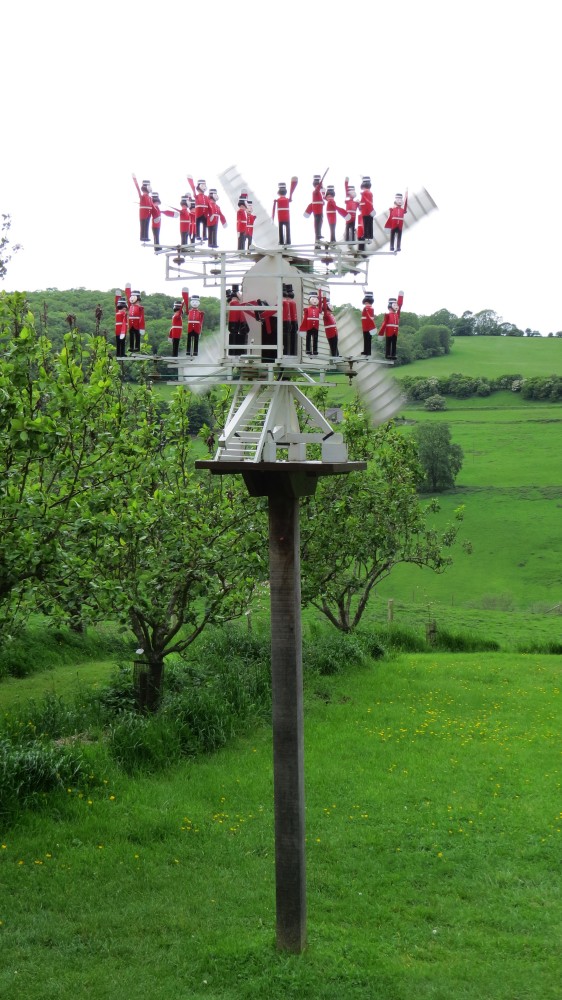