After an absence of six years, this was my second visit to Vergelegen, and I am always encouraged and excited to see a garden where new developments have taken place and the garden is still evolving; but this is also a garden that raises several ethical questions. 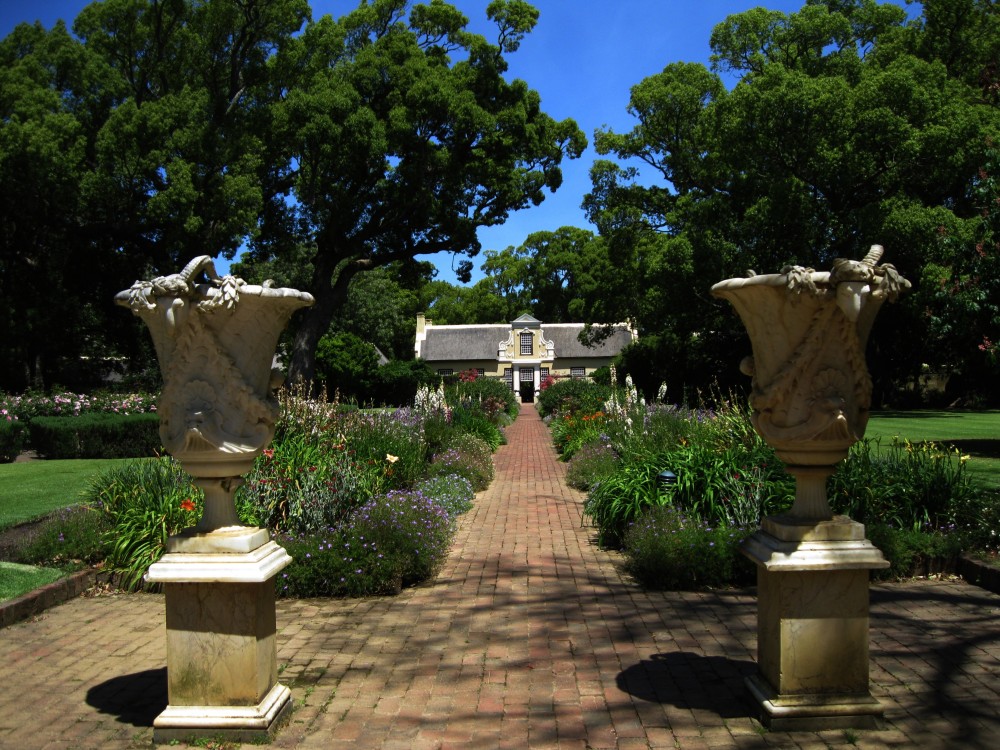 Few South African gardens can match the panache of Vergelegen, but should it be renowned for its Rose Garden planted up with recently imported English David Austin roses, or the long beautifully-planted perennial borders of its English garden (The Octagon Garden), in a country that has such extraordinary native floral diversity? Many garden designers would shake their heads and tut-tut, and demand that the garden was ‘ethnically-cleansed’ returning it to native species. What nonsense. Slightly surreal it might be, set in sharp Cape sunlight against the blue haze of the mountains, and the cosy white-washed Cape Dutch 1700 homestead, but if the plants thrive, which they undoubtedly do why not? This argument is never brought out against Japanese-style English gardens……… 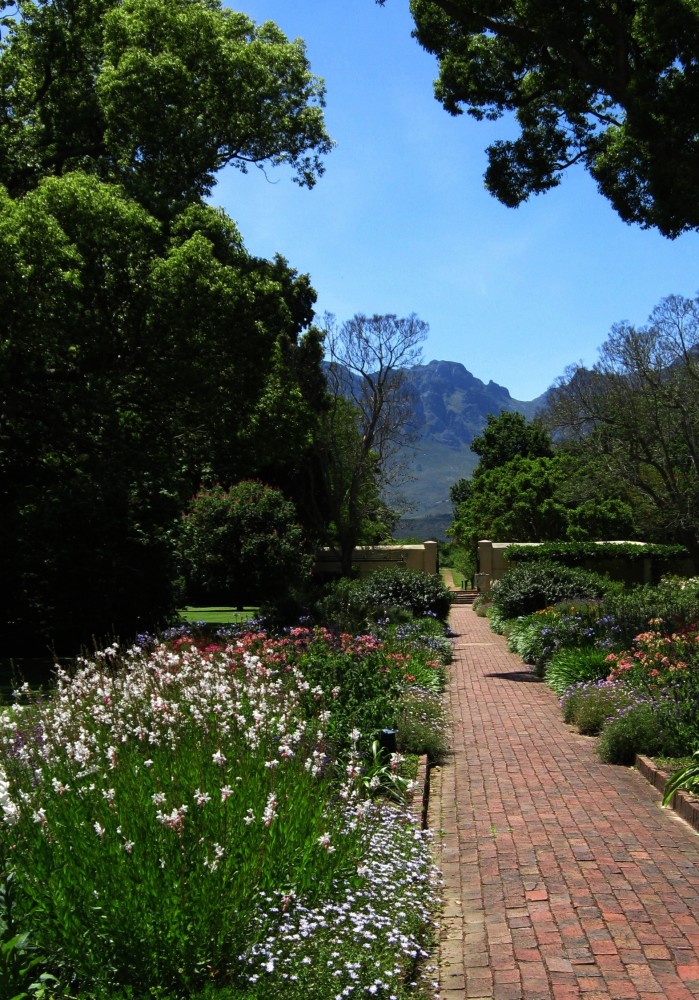 Then there are the politically-correct who complain that it is a public relations exercise for its owners the Anglo-American Corporation, one of the world’s largest natural resource companies, that employ over 70,000 poor black miners in South Africa. If we took this argument to its logical conclusion we would never visit a garden again; gardening being a notoriously under-paid profession. 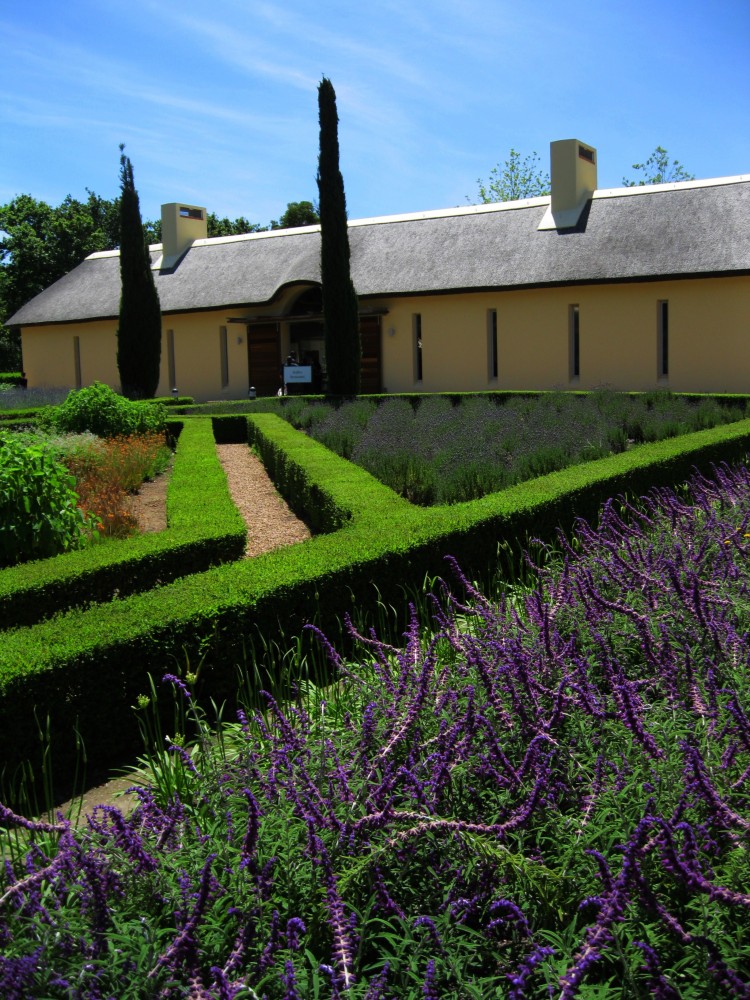 There can be no doubt that since Anglo-American bought the 3000 acre wine-growing estate in 1987, restored the homestead ( with its loaned paintings from the South African National Gallery ), set up the heritage trust and appointed Ian Ford + Associates to master plan the garden, Vergelegen has become one of the Cape’s greatest gardens, or rather collection of 17 gardens. 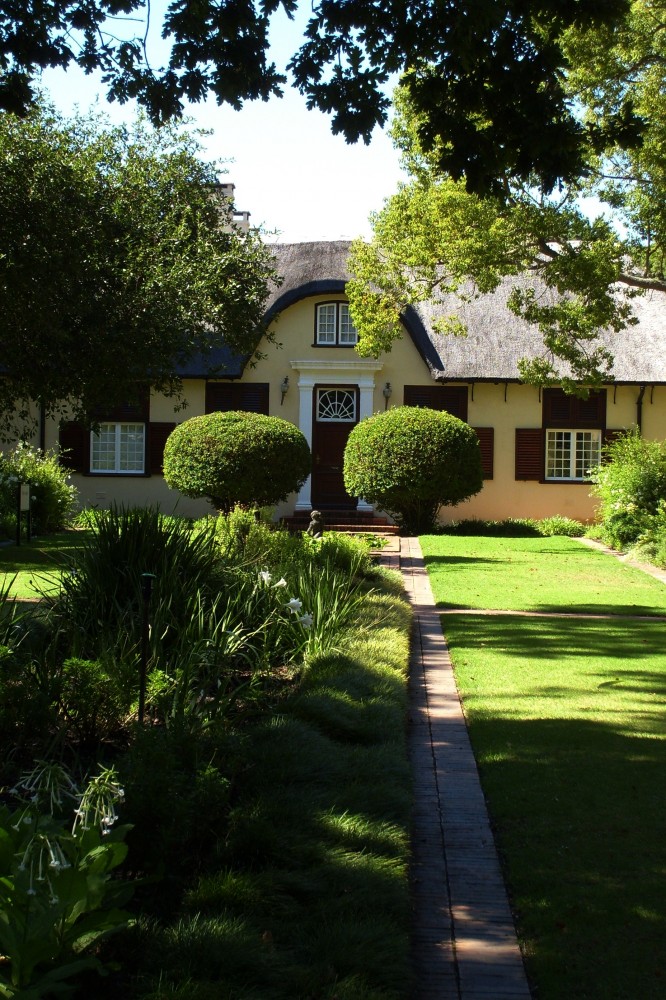 The newest of these (finished in November 2012) are the modern Agapanthus Garden set out in diagonal straight lines with 14,000 plants, of different colours, heights and flowering times, the non-fruiting Vine Maze established at the same time and a Children’s Play Area. The tranquil White Garden has also been replanted. 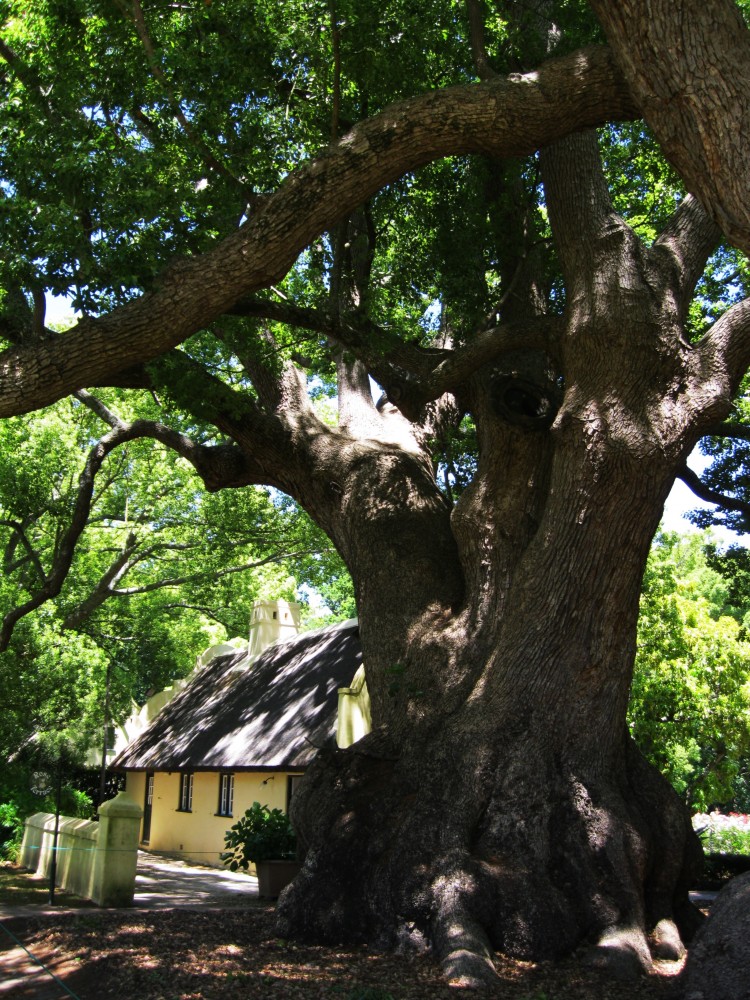 Vergelegen is renowned for its good seasonal planting. The season starts with the Camellia Garden; this being of special note planted with over a 1000 species and given an international award of excellence. Elsewhere daffodils are followed by tulips, annuals and perennials, roses, and large expanses of hydrangeas. One of my favourite garden features, for which Vergelegen is famous is the five statuesque and sculptural Chinese camphor trees, dating from around 1700 and originally planted as a commercial proposition. 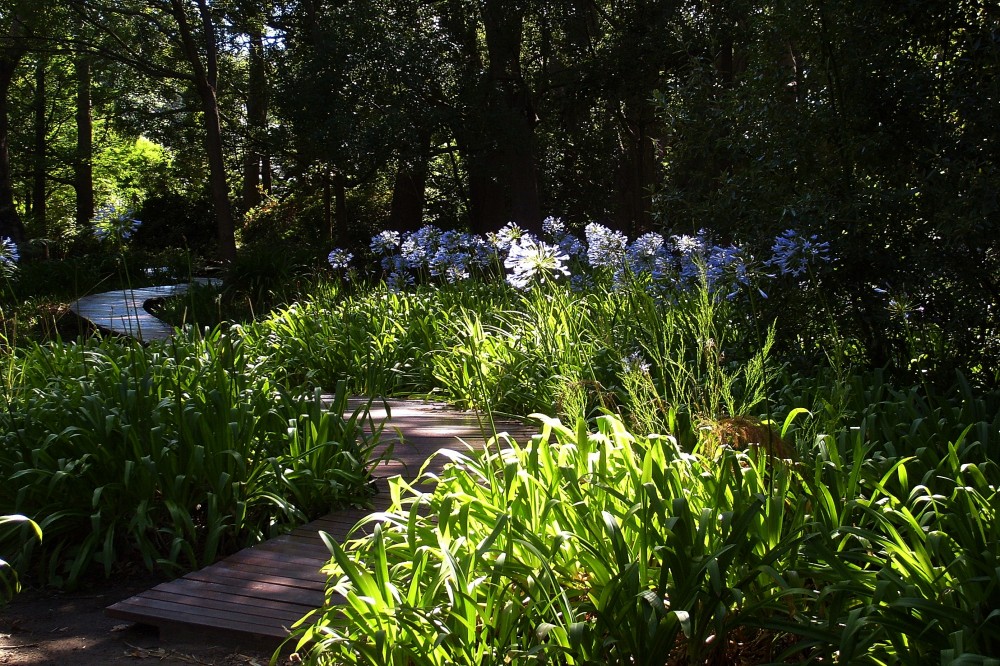