If Waddesdon Manor, Buckinghamshire’s other great Rothschild garden challenges my Arts and Crafts sensibilities with its glorification of the art of carpet-bedding, Ascott, I find to be a curious mismatch. Like Waddesdon, this is a house and garden where the Rothschild presence is very much in evidence, but ownership lies with the National Trust.

With many Trust properties, although beautifully maintained, the feeling is that the owners were just overwhelmed with the upkeep, and offloaded contents, buildings and gardens to be pickled and conserved for future generations. Not so Ascott; it has the feel of a family home, and of a developing and evolving garden. 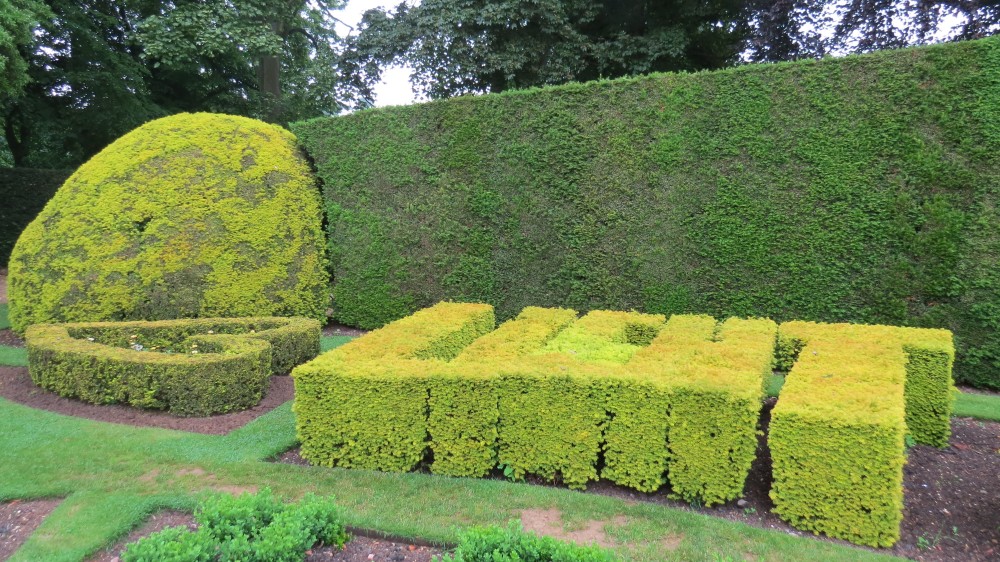 The Sundial Garden – ‘Light and Shade by turn, but Love always’

However, I don’t think the house and garden make a coherent whole; the house having a superbly sophisticated collection including paintings by Gainsborough, Romney and Stubbs, and fine French and Chippendale furniture in a beautifully designed domestic setting, whilst all the garden areas have strongly differing themes, veering from super-kitsch topiary, to a sophisticated Modern British feel, to formal, to sculptural landform, and Arts and Crafts; although admittedly all in different garden rooms. 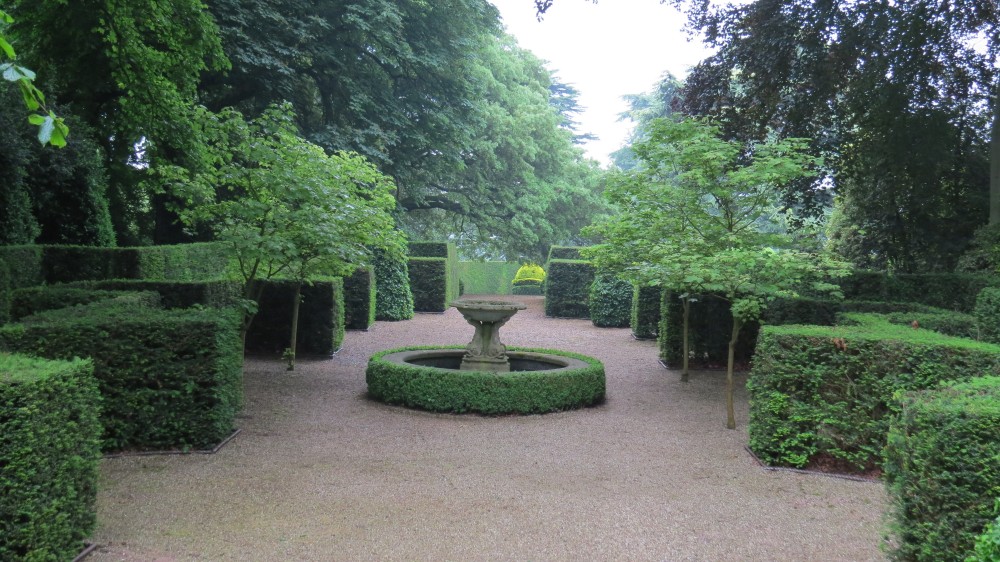 The Sundial garden with words ‘Light and Shade by turn, but Love Always’ picked out in golden yew challenges my English reserve about such a public show of affection; whilst I find Ascott’s vibrant golden yew and holly hedges and topiary, perhaps enlivening the garden in the winter months (and dating from when it was a 19th century hunting lodge), startling when viewed against the soft greens of the English countryside.

I am a great admirer of Arabella Lennox-Boyd, one of our most talented modern British designers, and when I first visited the Italianate Sunken Garden, in the 1990s the spatial relationships between box and yew were superb; but it now seems to have gone adrift and grown out.

The borders of the private terraces, also by her, (and viewed from the Dining Room), have also lost that crisp, sophisticated punch that is her hallmark; however the other garden area she redesigned, the Madeira Walk, with its Tea House and long stylish blue and purple perennial borders is as good as ever. 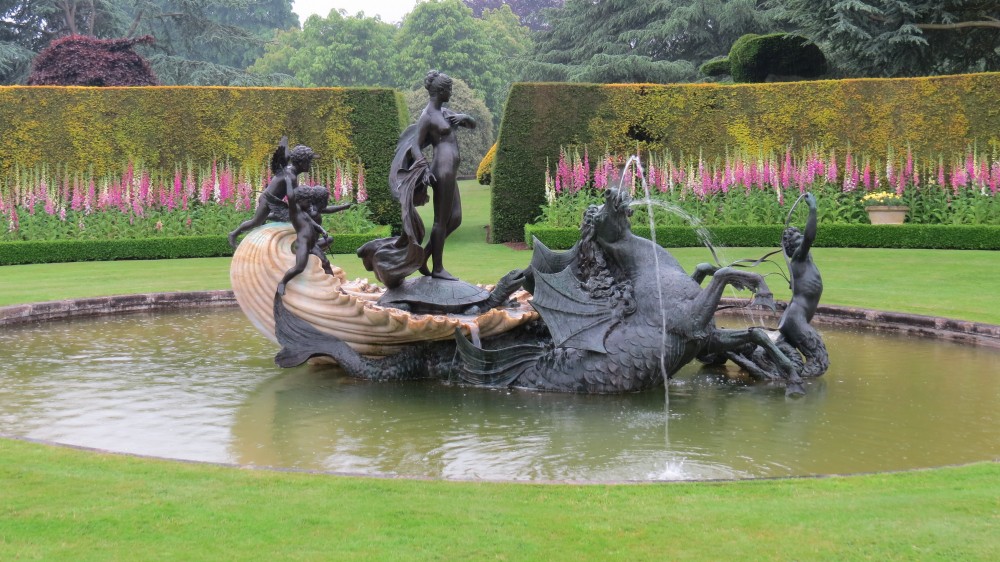 The circular Venus Fountain Garden opens up off the Madeira Walk, a beautiful enclosed formal garden room, with central bronze fountain and pool; but the planting is always challenging; and on my most recent visit the mass planting of foxgloves in narrow beds set against the yew hedges was unsettling.

The garden circuit continues past Richard Long’s recent ‘Slate Circle’, to the formal Dutch Garden, renowned for its carpet bedding and tufa rockery and grotto, and back to the Entrance Court on the north side of the house with its formal arrangement of clipped Portuguese laurel lollipops. 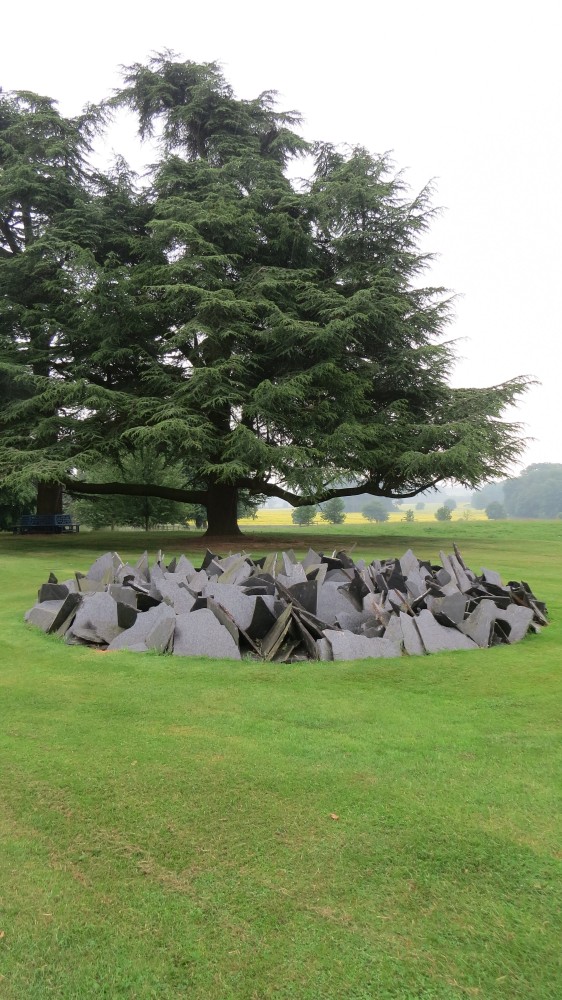 To the north of the Court lies the Serpentine Walk, a high wavy corridor of beech, off which is to be found the new Lynn Garden, designed by Jacques and Peter Wirtz. I find the sculptural use of landform and topiary in our mild grassy climate exciting, but with one proviso, if it is meant to be used rather than just looked at, it should be people-friendly.

This garden is not, for example, in the first garden area a path leads down one side of the circular pond to a seat, whereas the natural response is to want to make a full circuit; whilst the adjoining spiral mound (open last year, but now closed to the public) leads you up through espalier hornbeams to a level summit, and nothing – no view, no sculpture, no seat. Perhaps this is the unsettling response the designers wanted to achieve? 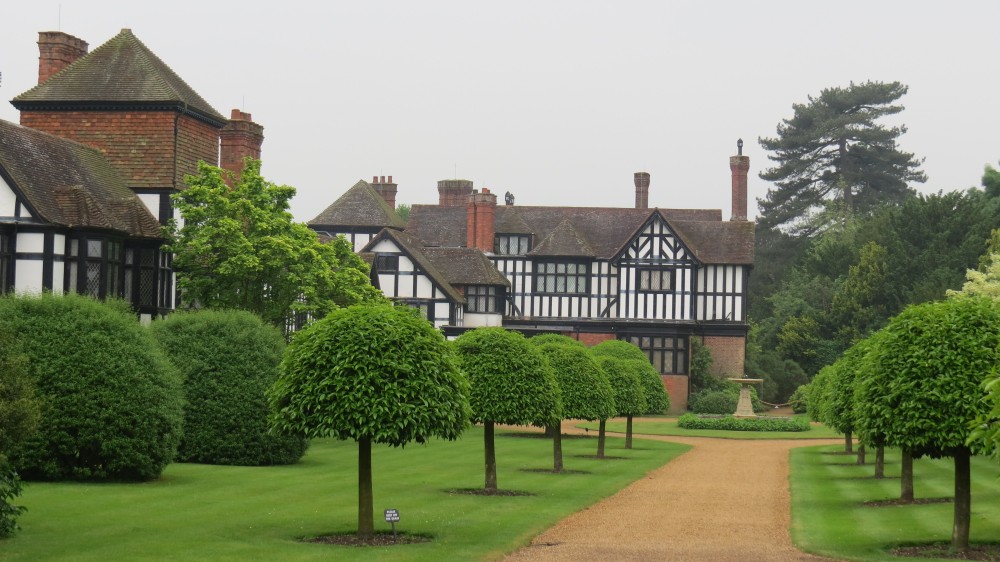 At the end of The Serpentine Walk can be found the final garden area, the tranquil and  Monet-esque Lily Pond Garden, with its thatched summerhouse and naturalistic woodland and waterside planting; Ascott’s most welcoming and successful feature. 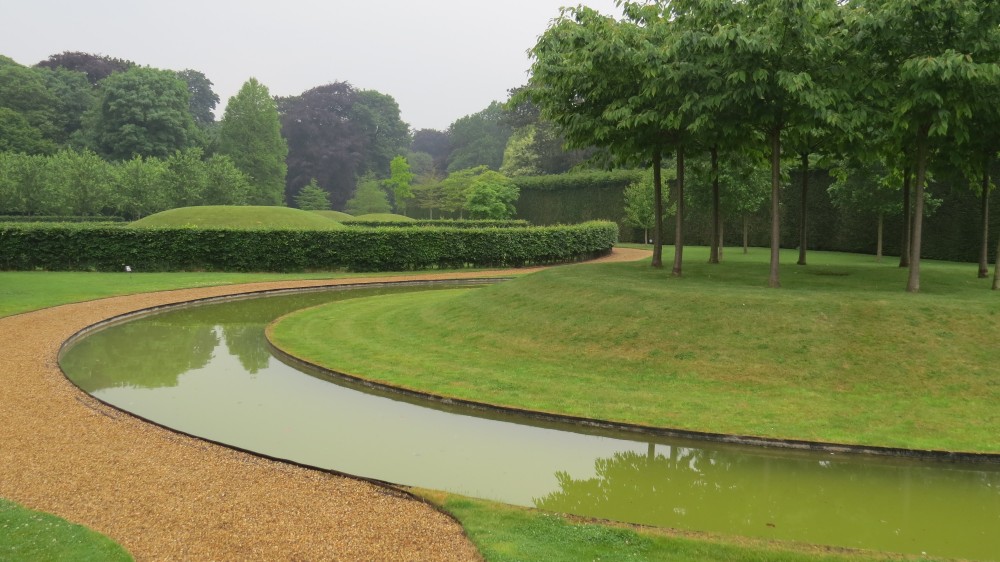 So many of our gardens are stuck in time-warps, and whilst I appreciate Ascott’s continuing evolution, I find recent developments a disconcerting and challenging experience; but I shall certainly be back. 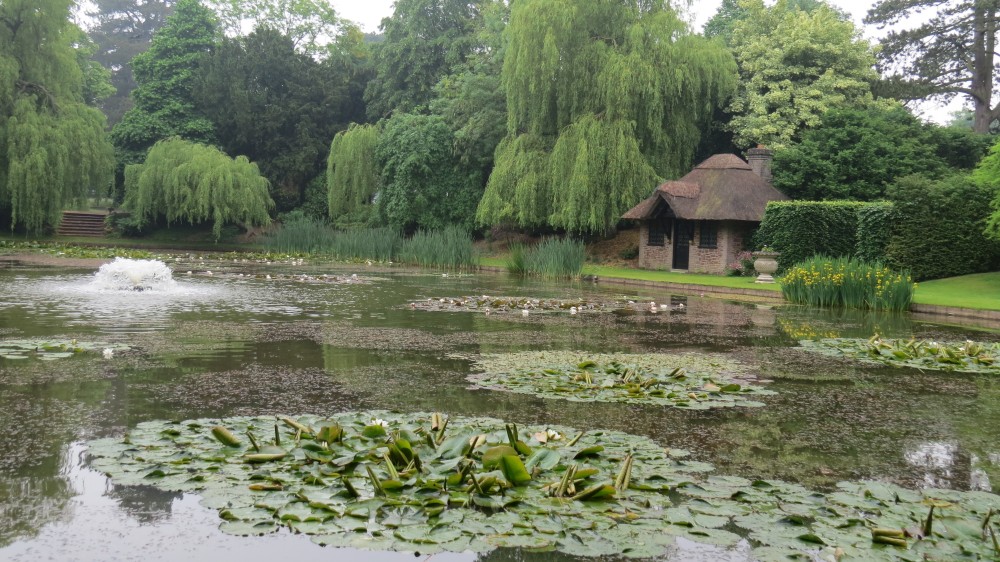