It was a long day trip from London that brought me to see a Dorset garden; but it soon became apparent that I had had a wasted journey. To save the day, I decided to re-visit Athelhampton, which I had been to many years before. Was it really as delightful as I remembered it? 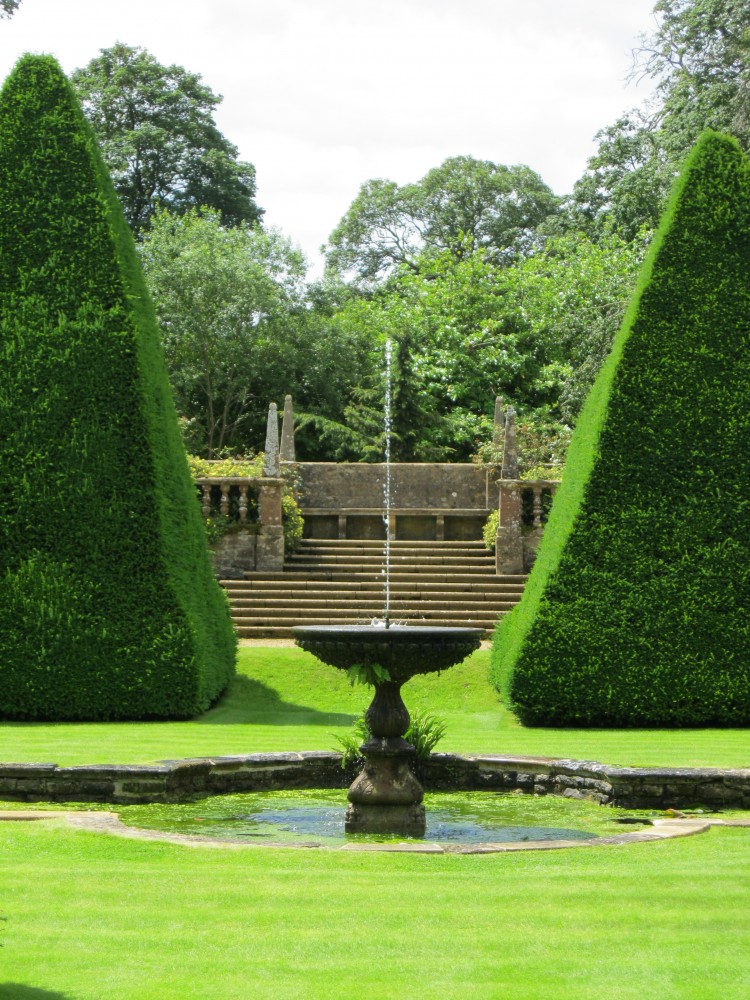 One of my most surreal memories of that visit was, when touring the manor house, seeing the day’s newspaper neatly folded beside one of the beds, as if the owner had quietly slipped into the adjacent bathroom in his silk dressing gown, waiting for us to move on. But it was the setting of the house and its under-visited gardens that had my full attention this time. 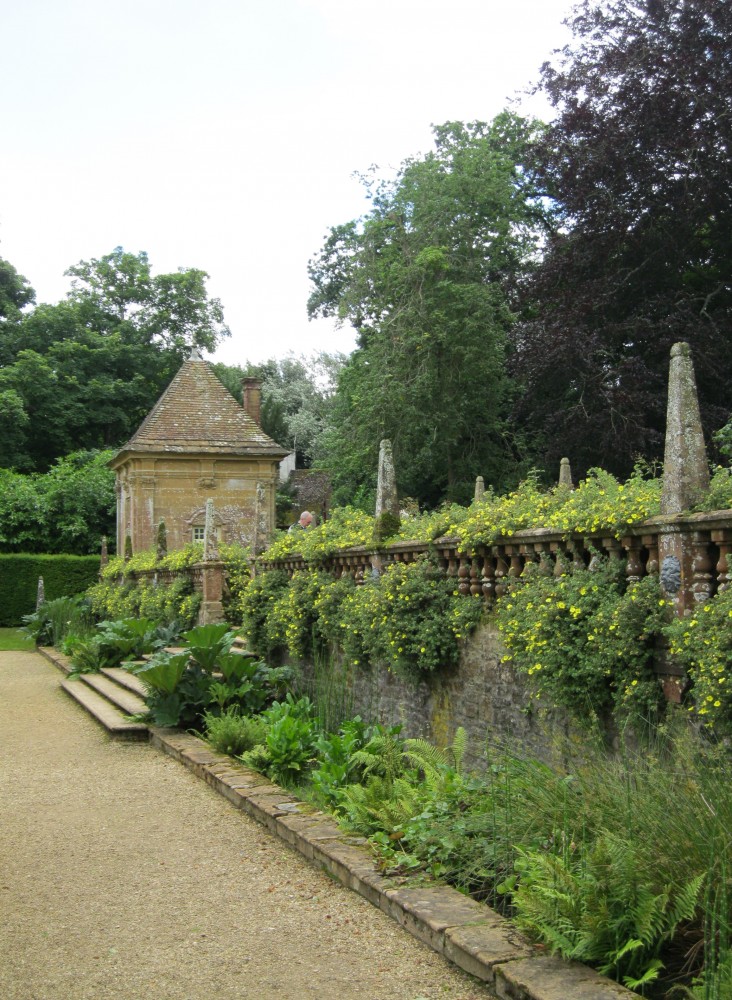 The Great Court – the stone pavilions

The fine Tudor stone built manor house was acquired in 1891 by antiquarian Alfred de Lafontaine, who employed Reginald Blomfield and Inigo Thomas to design a series of formal garden rooms in a style much influenced by the Arts and Crafts Movement. Later sensitive additions were made by subsequent owner Robert Cooke. 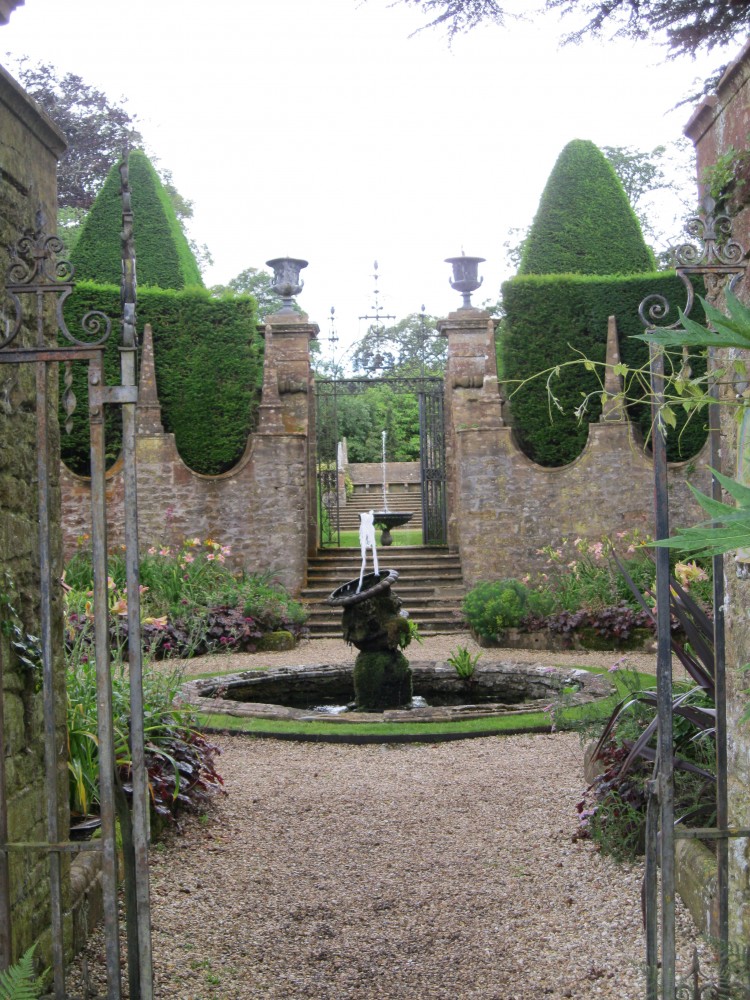 The gardens are approached through the walled Great Court, with its delightful and slightly mad Alice and Wonderland giant truncated pyramids, something uniquely memorable about Athelhampton. The raised terrace to one side is terminated at each end by a pair of stylish stone pavilion bookends, and the planting is strikingly simple – large blocks of pale yellow potentilla that blend well with the stone walls. Great use is made of water throughout the gardens in ponds and fountains. 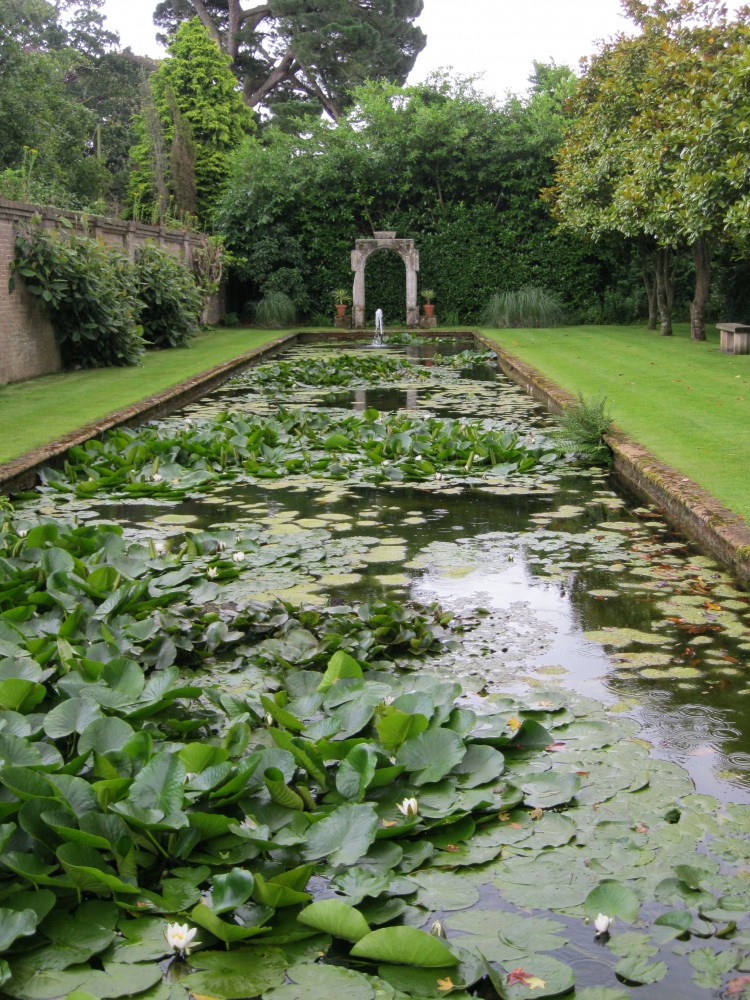 The route around the garden is carefully sequenced, and from here you pass into the small circular Corona Garden with its fancifully scooped Elizabethanesque surrounding wall, again with good block planting. Moving on through the large Private Garden you come to The Canal and the very architectural Octagon Cloister Garden, which its enclosing grove of pleached limes.

It is the difference is size and atmosphere of each garden at Athelhampton that I find so appealing. The only disappointments were the poorly-planted White Garden and the grown-out Rose Garden, but these would be easy enough to remedy. 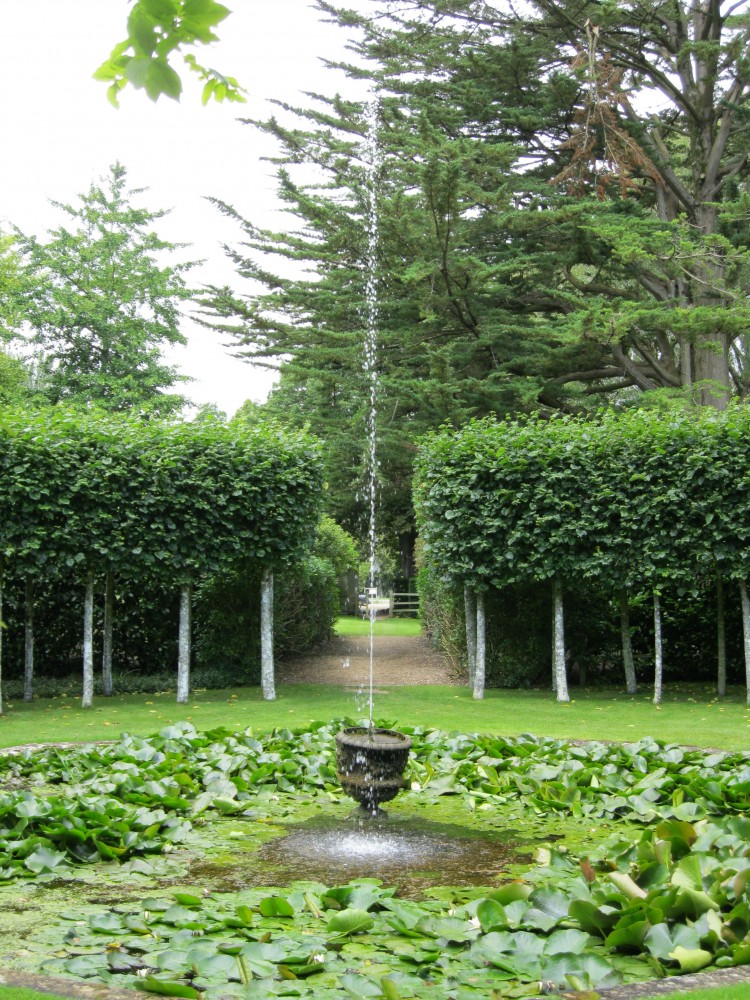 The manor house is surrounded on three sides by a loop in the shallow swift-flowing River Piddle, and the return route is by the delightful riverside walk, past the large circular dovecote and Yew Walk. Athelhampton’s garden really deserves to be much better known, but as a small privately-owned venture relying on weddings, functions, and special events it doesn’t have the firepower of the competition, of the great estates and The National Trust. My day was saved by this stylish and delightful garden. 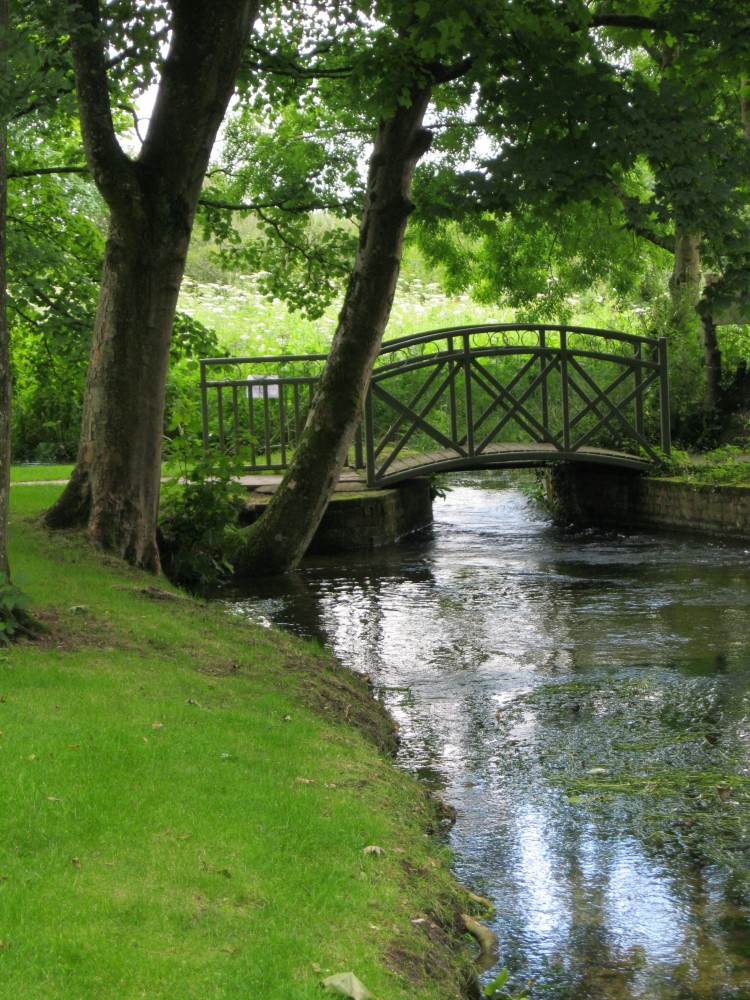