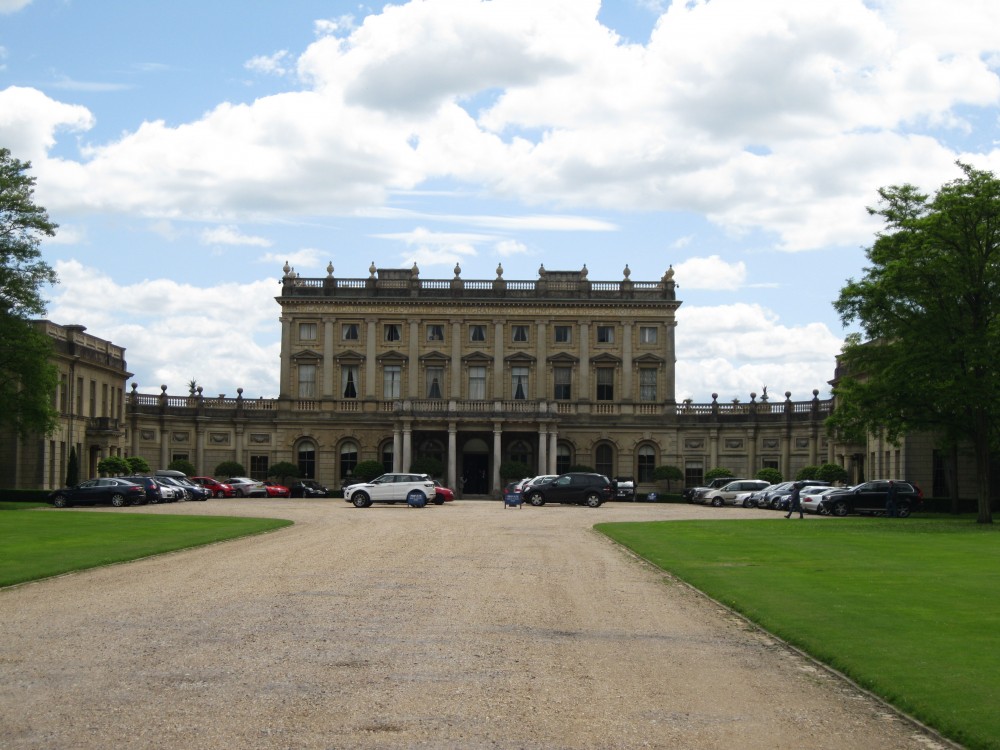 Cliveden poses me with a dilemma – how much should I write about its colourful history, and how much about the garden itself? It would be impossible to write about Sissinghurst without Vita Sackville-West, or Great Dixter without Christopher Lloyd, but at Cliveden the main actors that crossed its stage seem incidental to the garden and the landscape setting. Much has already been written about the glittering society parties of the 1920s, Nancy Astor MP ‘the member for Berlin’ and the dark pro-Nazi Cliveden Set of the 1930s, and the part the estate played in the Profumo Affair of the mid-1960s. It is curiosity about its scandalous history that attracts some visitors.

A destination for a great family day out, something for all visitors all the year round, but do I think it to be a great garden? No, despite some great designers having a hand in the creation of its different areas, I always feel disappointed when I visit. 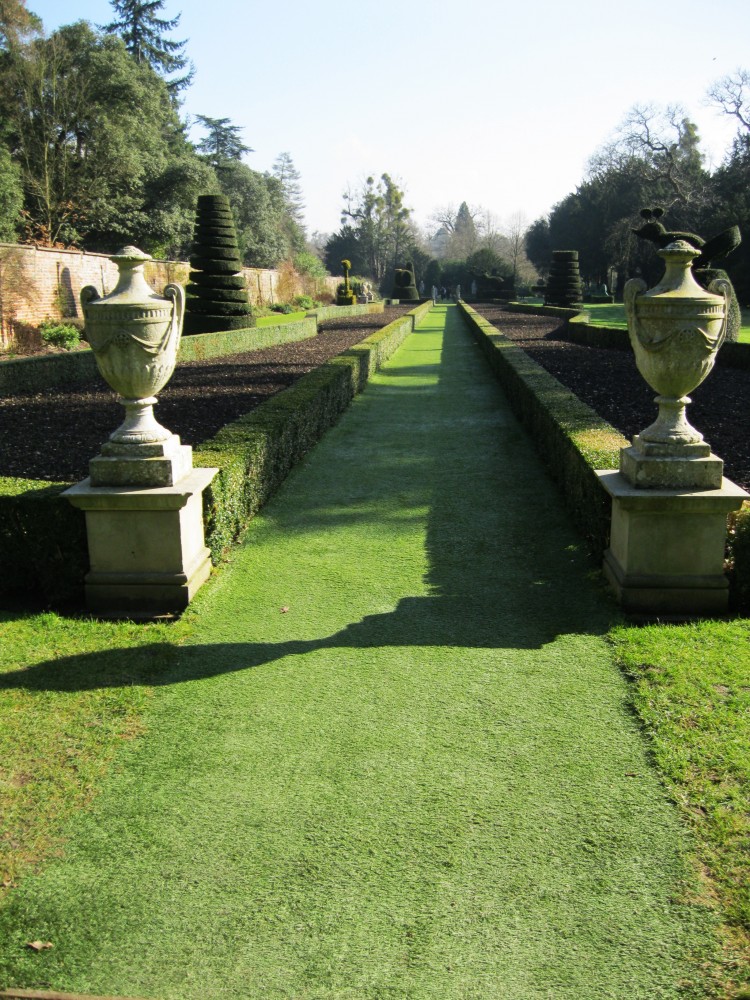 Take a look at the Long Garden, designed to display amongst other sculptures, the Ist Lord Astor’s granite baboons. Worked over by Norah Lindsey in the 1920s, this uncomfortable elongated space with its low box hedging and mass plantings of tulips in spring, and annuals in summer, feels as if has been squeezed out of a tube of toothpaste. 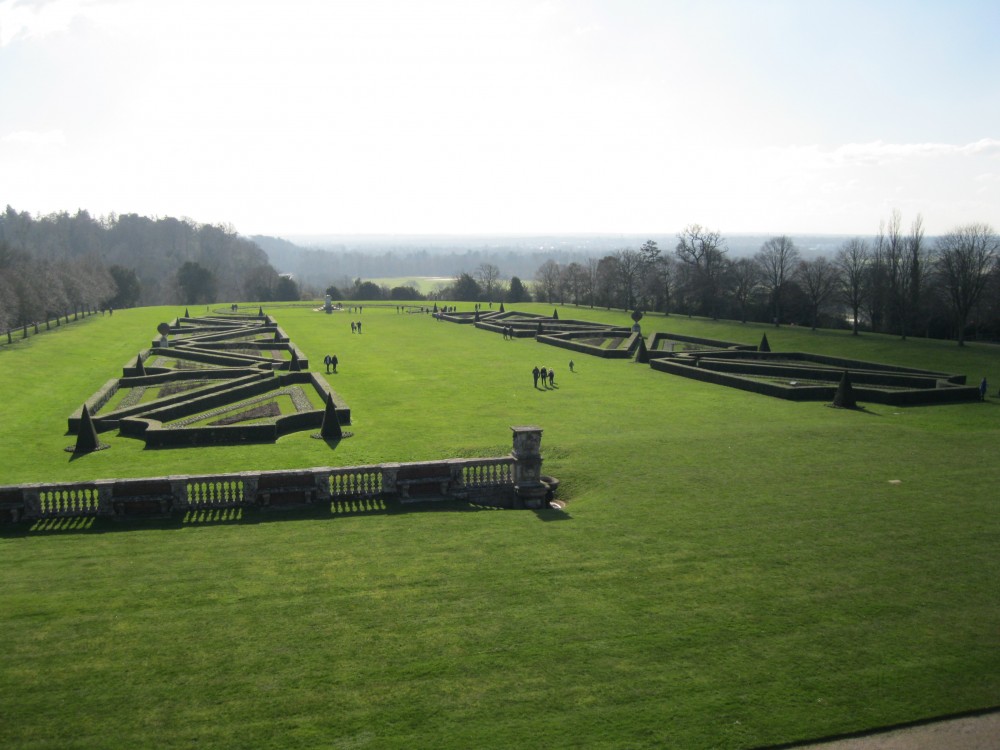 Then to the front of the house (built as an Italianate palazzo by Charles Barry in the 1850s and now a smart hotel), is one of England’s grandest settings for a parterre, but to my mind it is timid and lost in an over-sized ocean of space, a triumph of historical conservation over common sense. 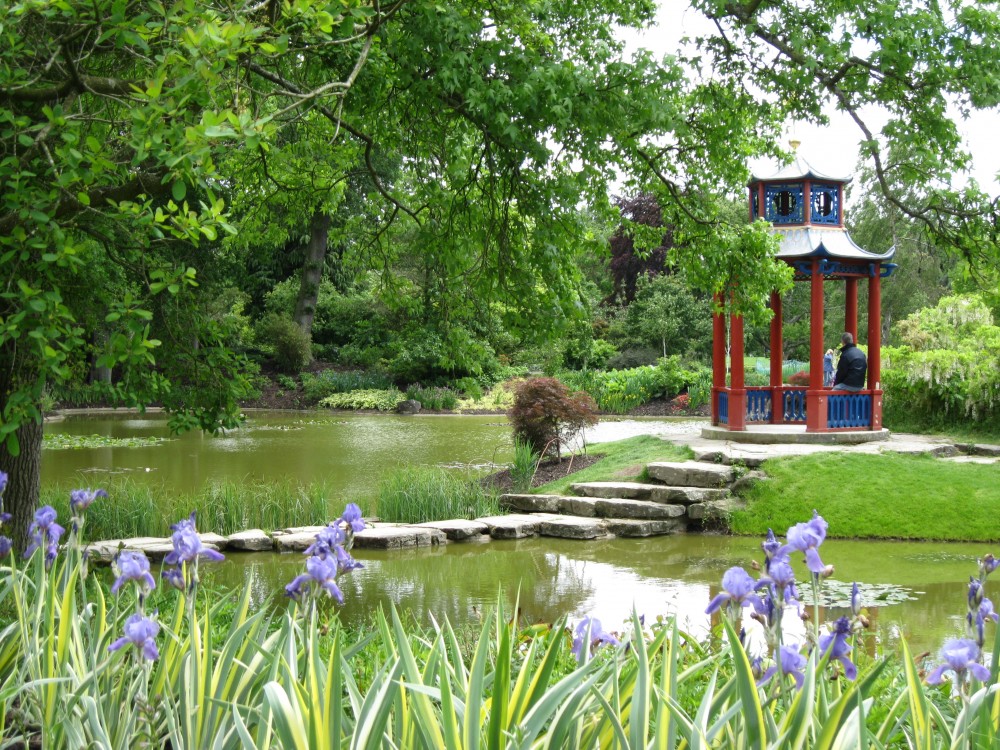 Other garden areas are no better. The Water Garden has as its central feature the diminutive pagoda, purchased in the early 20th century from Lord Hertford’s villa in the Bois de Boulogne, but although the treatment of the ponds is sympathetic, a few bamboos and a wisteria don’t make a Chinese garden. 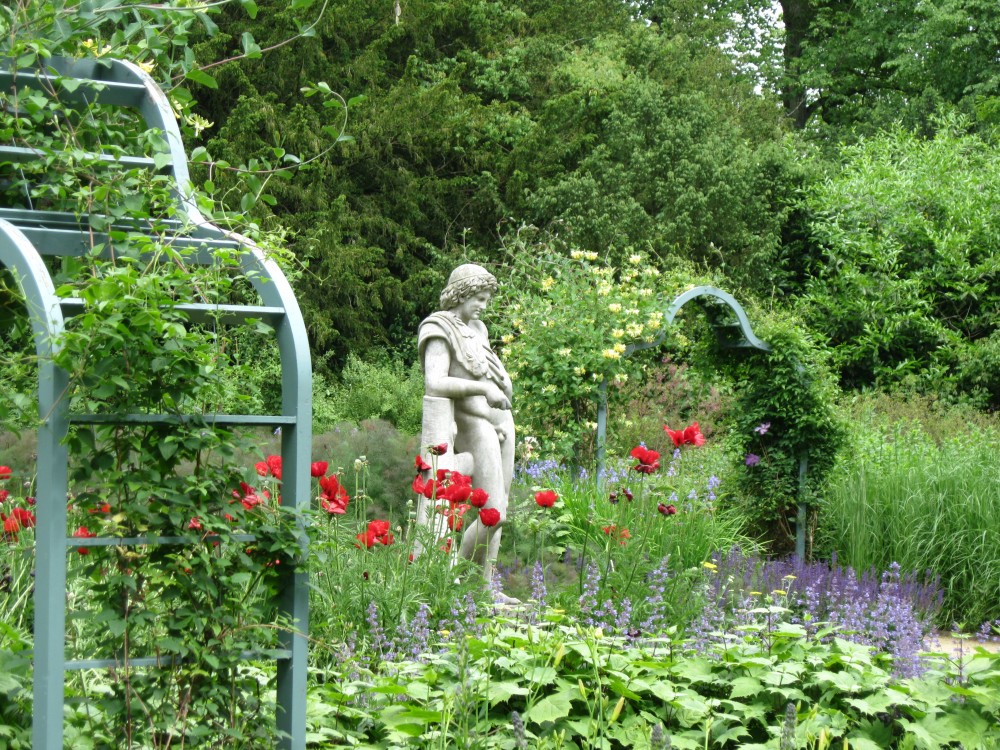 The great Geoffrey Jellicoe laid out and designed a rose garden in The Glade in the late 1950s. Now replanted with perennials by Isabel van Groenigen this is Cliveden’s most successful garden, and rather than replant with roses (the National Trust’s intention), I think they should just leave well alone. 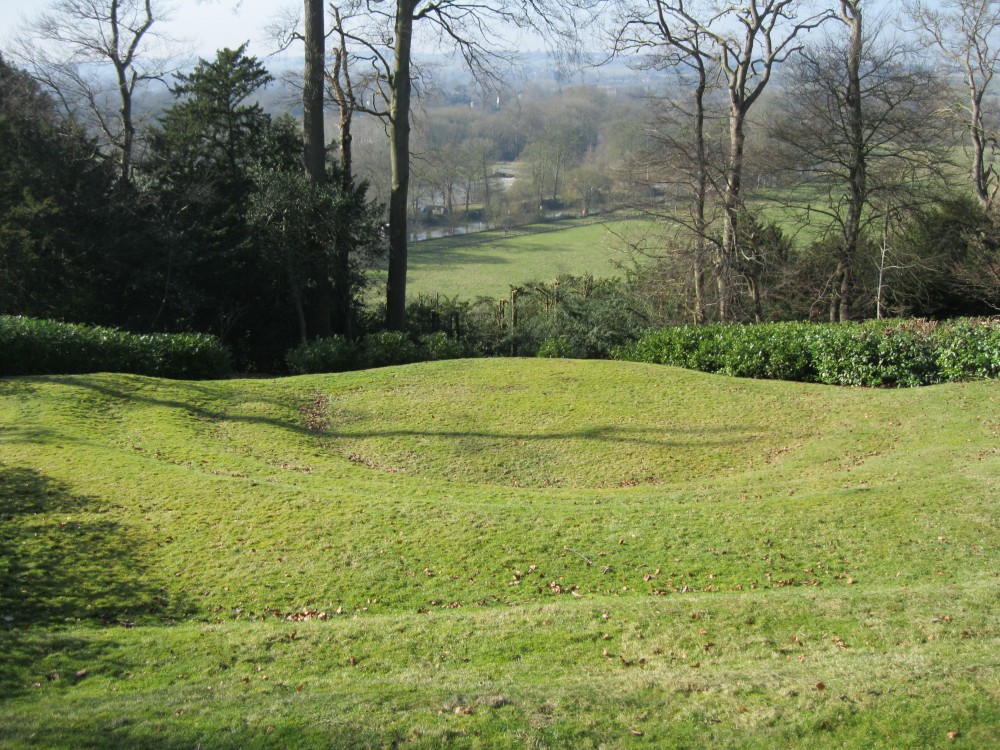 So if I am so sour about the gardens, what is my interest in Cliveden? This is one of the most spectacular and beautifully landscaped reaches of the Thames.

When the Duke of Buckingham purchased the property in the mid17th century, it was a series of high bare chalk cliffs and scrubland overlooking a picturesque bend, and two small islands in the Thames. The estate was subsequently developed in the 18th century and now it is woodland, planted primarily with beech and oak, and with an understorey of yew and box, and of low clipped laurel closer to the house. The woodland walks reveal glimpses down to the river, back to the house, and of various garden features. At certain times of year they really come alive; in spring banks and slopes are flush with bluebells, in early summer with stands of foxgloves, and in autumn with the burnished gold shades of the beech foliage. 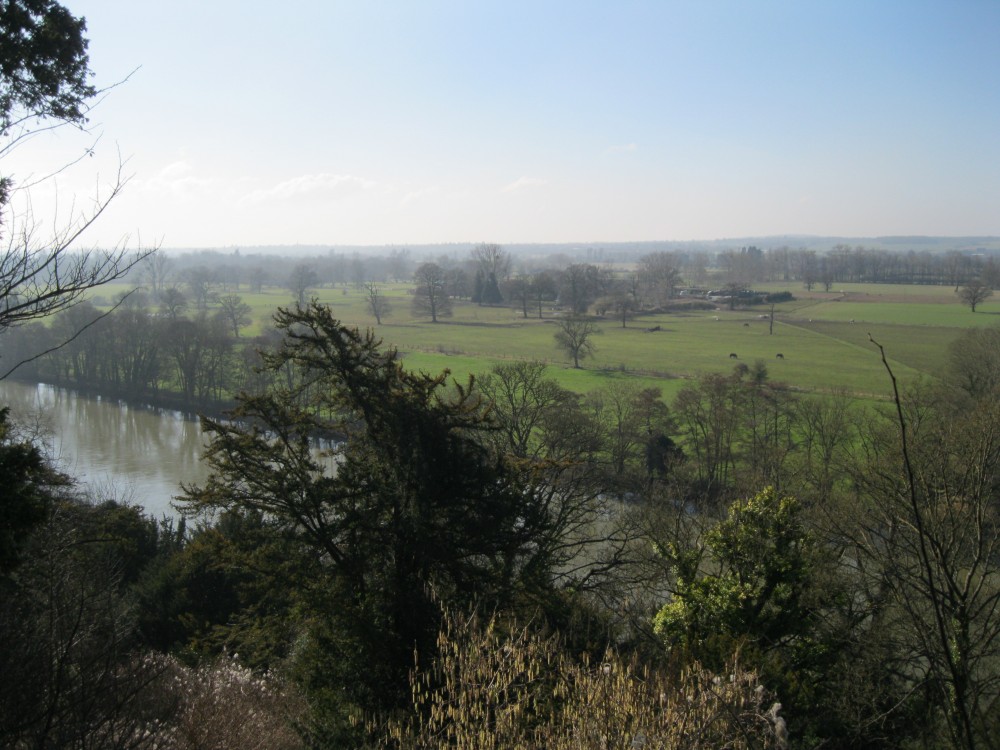 As a National Trust property the gift shop is more of a draw than the Water Garden, the Orangery restaurant as much as the Parterre ; but hey ho, I am grateful that it in safe hands. A country boy at heart, this fabulous landscape is one of my favourite escapes from the city. 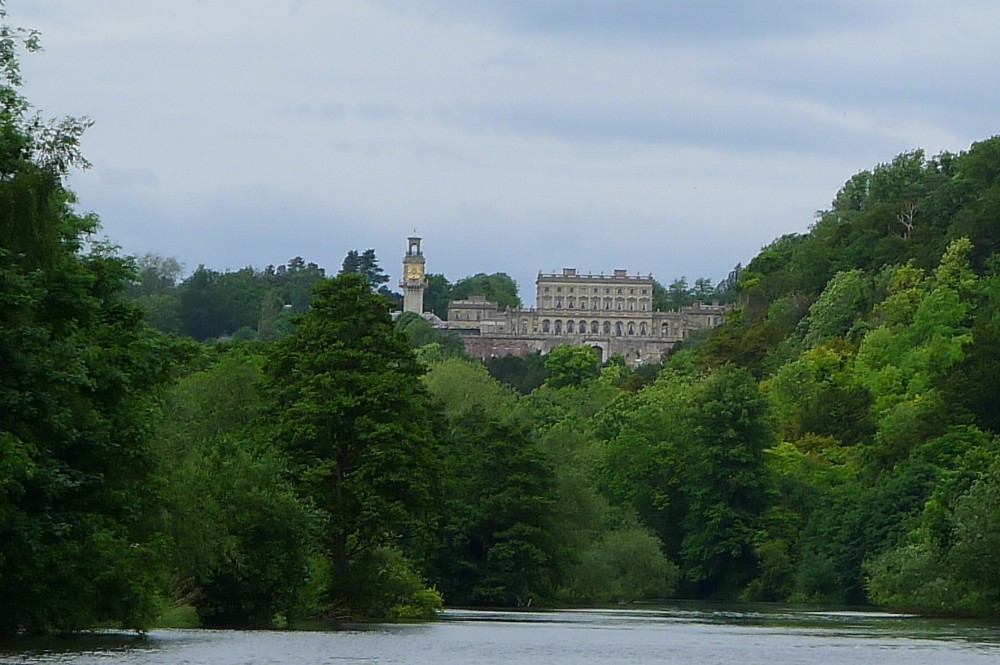