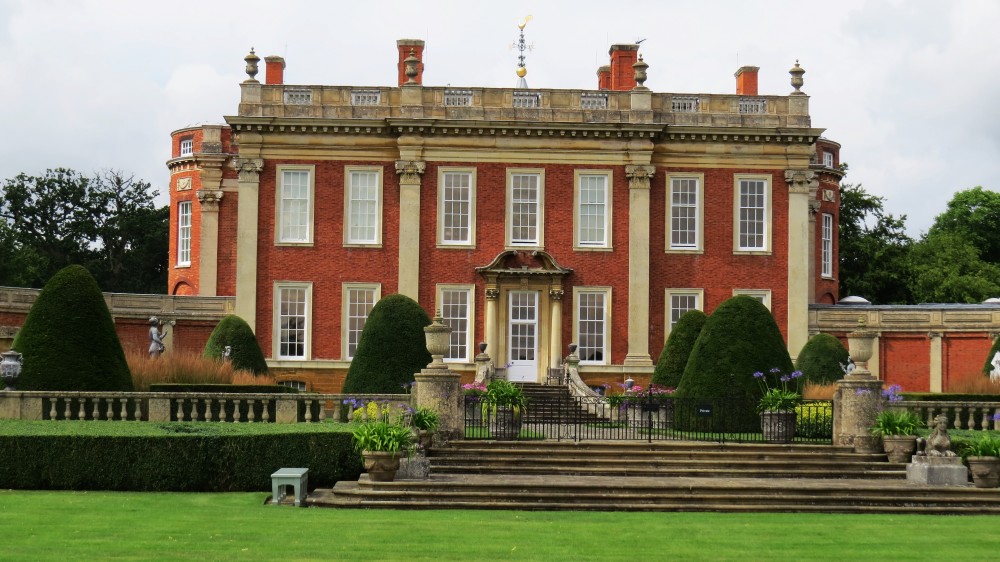 It is probably fifteen years since I last visited Cottesbrooke, and it is exciting to see the changes that have been carried out by a succession of talented designers and an enlightened client. Gardens are dynamic, and herbaceous and mixed borders grow out. Owners must decide whether to move on, or as is so often the case at National Trust properties to stay put. I always imagine when visiting Sissinghurst that Vita Sackville West, some 50 years after her demise, has just popped up to the village to get some rolling shag and a packet of Rizlas. God forbid that the National Trust ever get their hands on Cottesbroke. 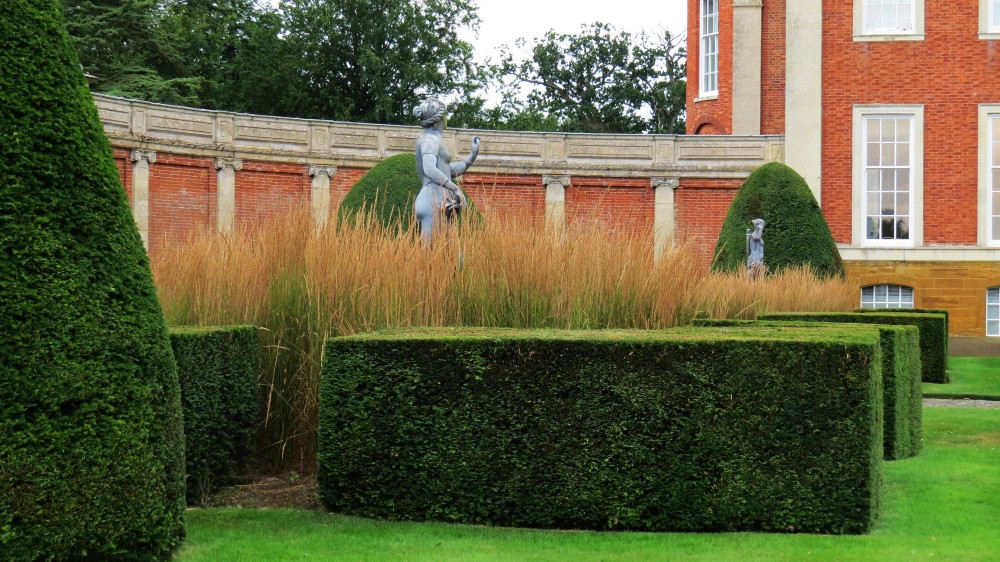 It is unthinkable that the National Trust would have agreed to such a radical break with the past as has been carried out in Cottesbrooke’s Forecourt. This formal parterre of low yew hedges and pepperpots, laid out by Geoffrey Jellicoe in1937, and previously planted en-masse with Rosa Iceberg, has recently been transformed by Arne Maynard. The roses have been removed and a sea of tall upright golden Molina caerulea has been planted in its place.

For me, the contrast between the tightly clipped evergreen parterre, its four stunning classical lead statues and the informal grasses is breathtaking. It is difficult to imagine a more suitably contemporary transition between the exquisite mellow brick and ashlar Queen Anne mansion and the pastoral scene of the 18th century landscape park, with its lake, vistas and flocks of grazing sheep. 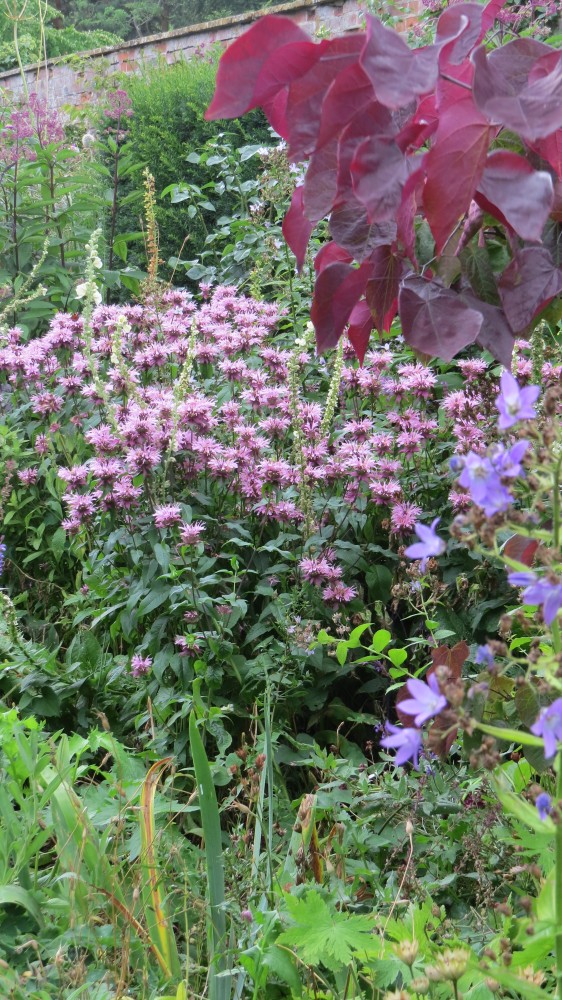 Borders leading to The Statue Walk

Another break with tradition is the recently replanted border leading to the Statuary Walk. Gone is the typical layout of big at the back and small at the front, a border to be respectfully viewed from a distance, now replaced by something of a planting free for all. It’s invitingly informal, and more three-dimensional; the repeated use of deep plum-coloured shrub Cercis Forest Pansy offset by the purple, lilac and blue shades of perennials such as monarda and phlox. It is a style of planting that I find very satisfying. 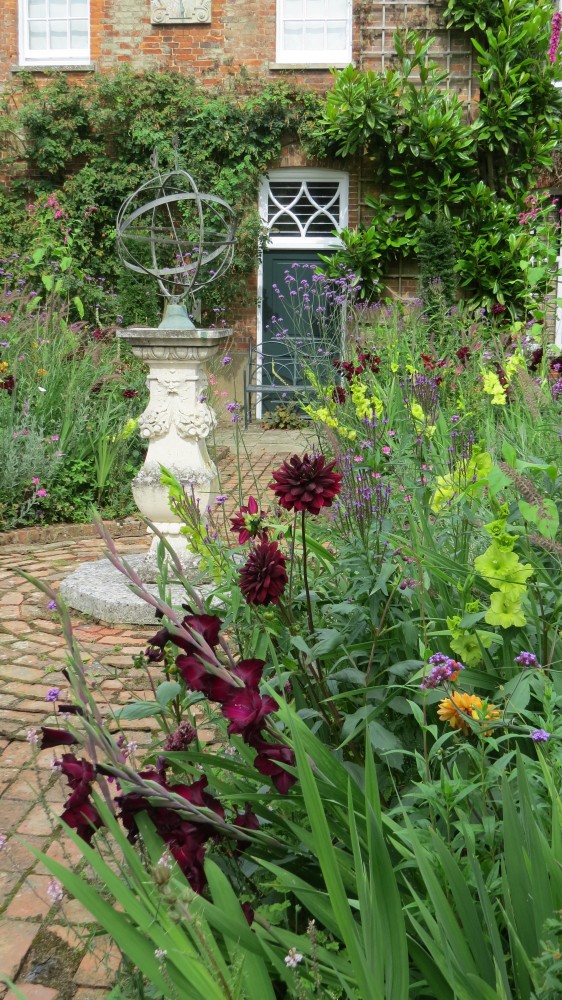 Cottesbrooke like many gardens fell victim to box blight; but again this was seen as an opportunity for change, replanting in some cases with bronze leaved beech, or in the Dutch Garden where the low box hedging gave it a somewhat uptight formality, just leaving it out altogether. Planted up with lime green and maroon-coloured gladioli and claret red dahlias, this garden is a wonderfully imaginative combination of corms and tubers and a stunning success, and opened my mind to new possibilities. 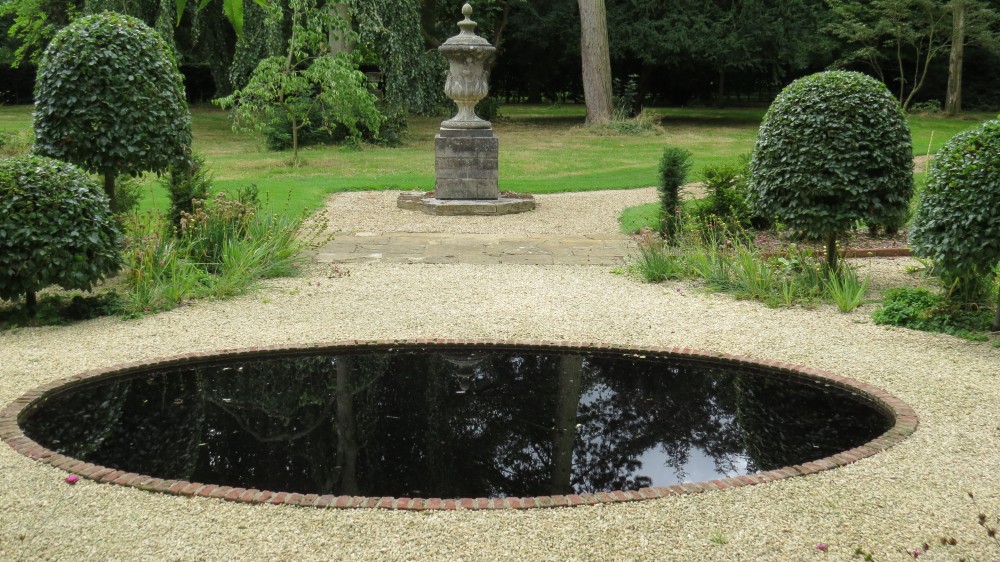 Sometimes a garden innovation doesn’t work, and most garden designers I know freely admit this and are constantly rethinking their own gardens; but it becomes much more tricky when it’s the client’s garden and the client’s money. The inky black pool in Cottesmore’s Philosopher’s Garden looks harsh and uncompromisingly modern against the adjoining rose-coloured brick walls, the gravel areas seem too large, and the replanting to this area looks a bit raw. Cottesmore has such a fine track record of sophisticated excellence that I’m sure this is likely to be only a temporary blip. 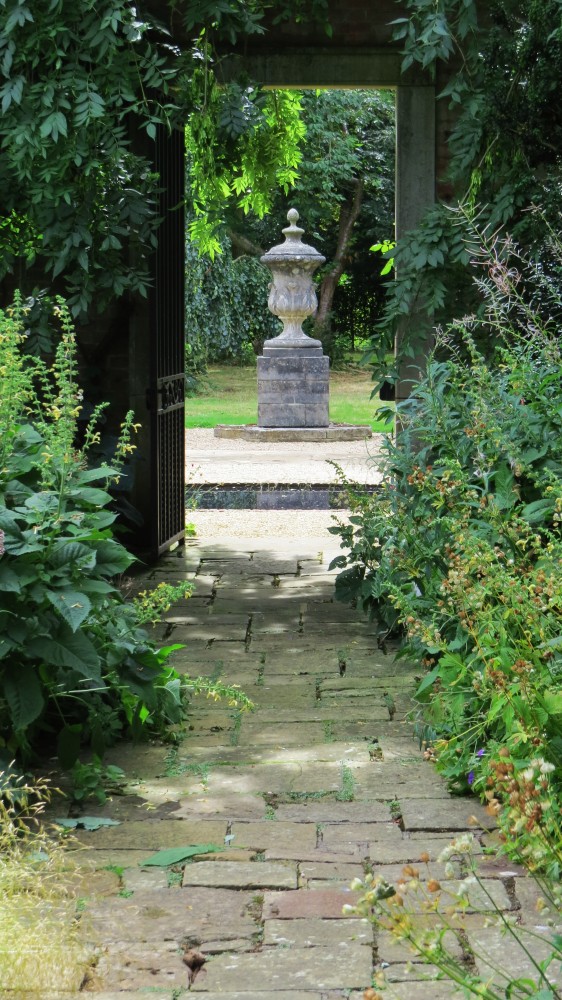 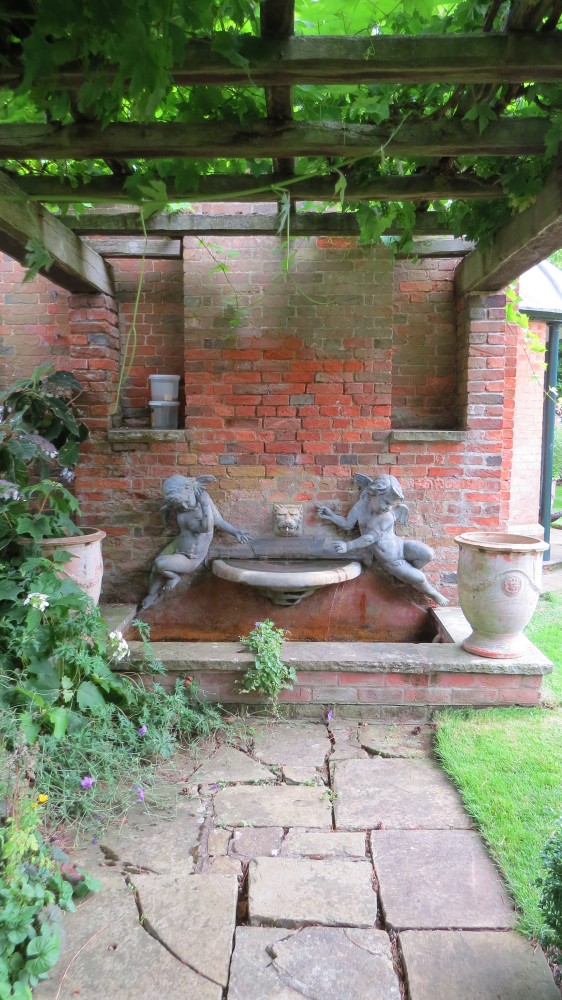 One of the great delights of Cottesbrooke for me is the way you are led forward. Open gates in high walls entice you, strategically placed urns draw you on, and low pergolas compress you but compel you to continue; opening up a series of varied garden areas; some calm and satisfying like the Pool Garden, and others dynamic and slightly threatening like the Gladiator Walk with its fine lead statue, framed by dense hedges of pleached lime, and leading to a formal plane tree allee. 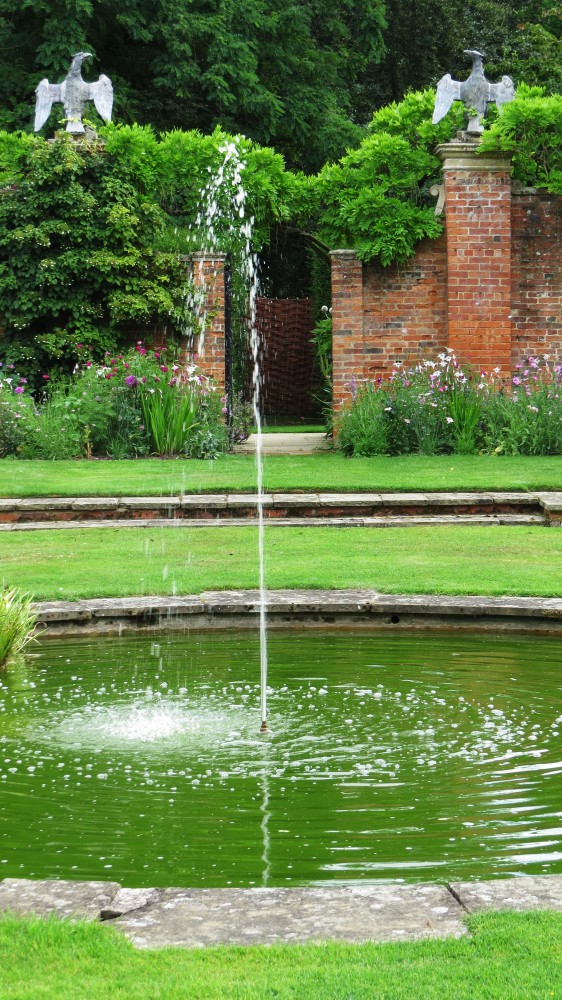 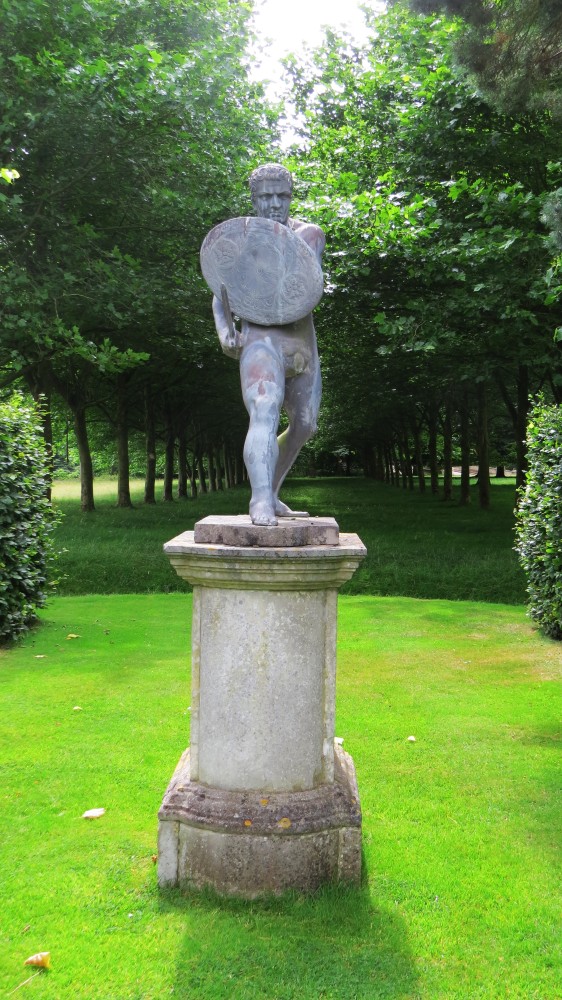 Cottesbrooke is a constantly evolving garden that deserves much greater recognition as one of England’s greatest contemporary gardens.