When I last visited Hestercombe 20 years ago, there was one great historical garden of note, the famous Lutyens garden, the Great Plat. Now there are two. The older one, the Georgian Landscape Garden was so badly overgrown that it was all but lost, but has since been reconstructed, restored and opened to the public, and is that rare creature a Rococo garden. 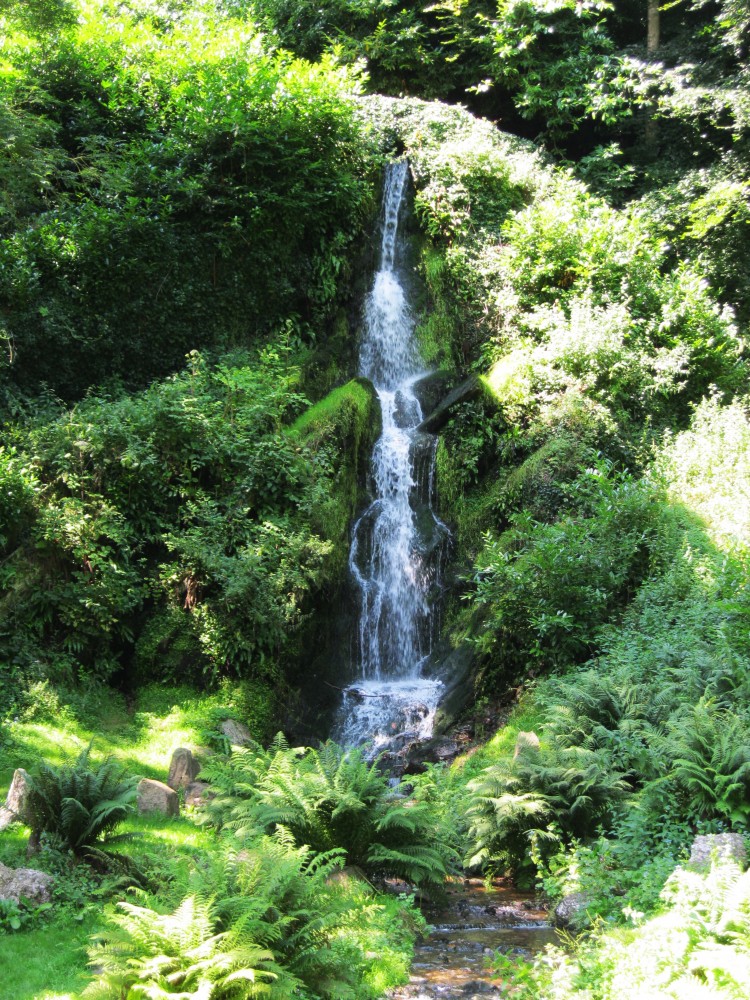 One of my great garden heroes is Sir Edwin Lutyens, and the number of his details I have filched for smaller domestic schemes is greater than I care to mention, but it was the excitement of seeing a new garden that drew me first to the Georgian Landscape Garden. 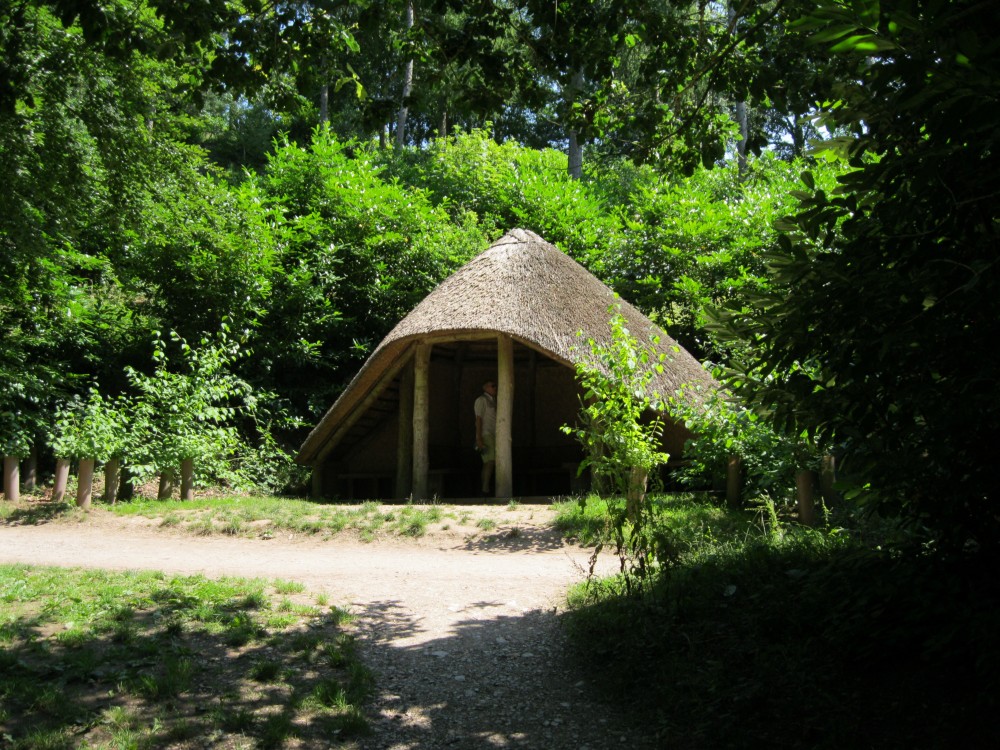 Laid out in the mid 18th century by a landowner and amateur architect with the wonderful name of Coplestone Warre Bampfylde, I look upon it as the most successful of southern England’s three Rococo gardens (the others being Painswick and Painshill); because there is a well-defined route around the steep-sided, well-wooded valley, and because the whimsical buildings are hidden from view and form a sequence of enchanting if vacuous surprises. Unlike Painshill and Painswick they are not a miscellaneous rag-bag of ‘eye-catchers’. 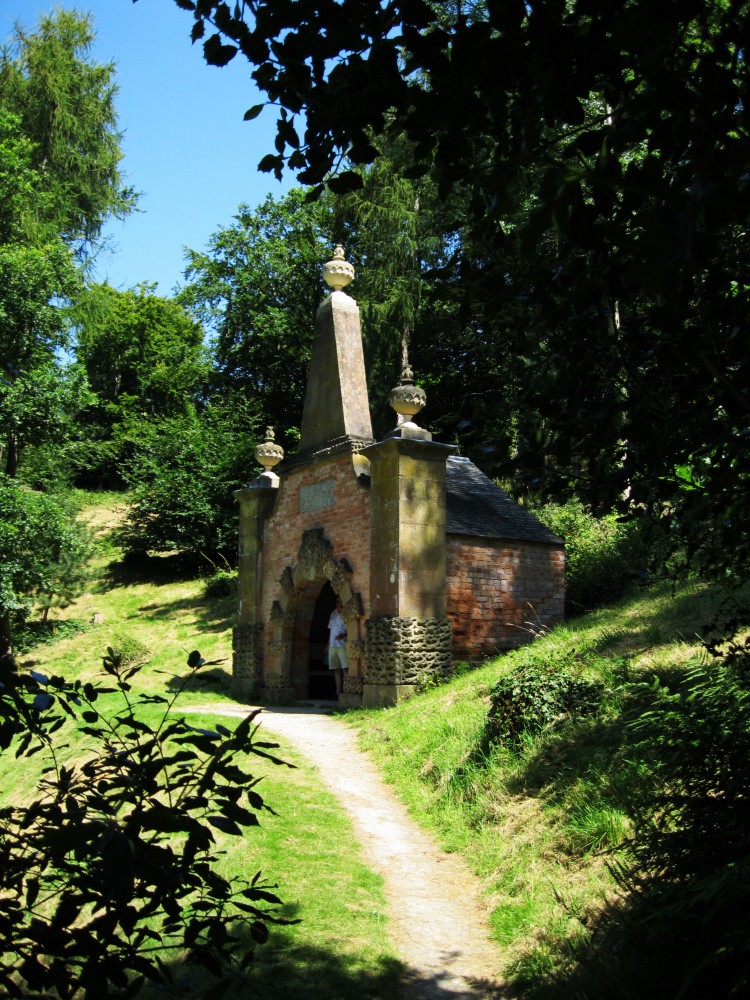 The valley or ‘combe’ has been dammed to form two ponds, the Pear Pond and the Box Pond. The Pear Pond at the heart of the garden, is overlooked by the Gothic two-storey Octagon Summerhouse, and the next feature, the Chinese Seat, an open sided oriental pergola. The path then continues up the valley past the Great Cascade, to the Charcoal Burner’s Camp, and the Chinese bridge across the end of the Box Pond; so far a potpourri of amusing discoveries. 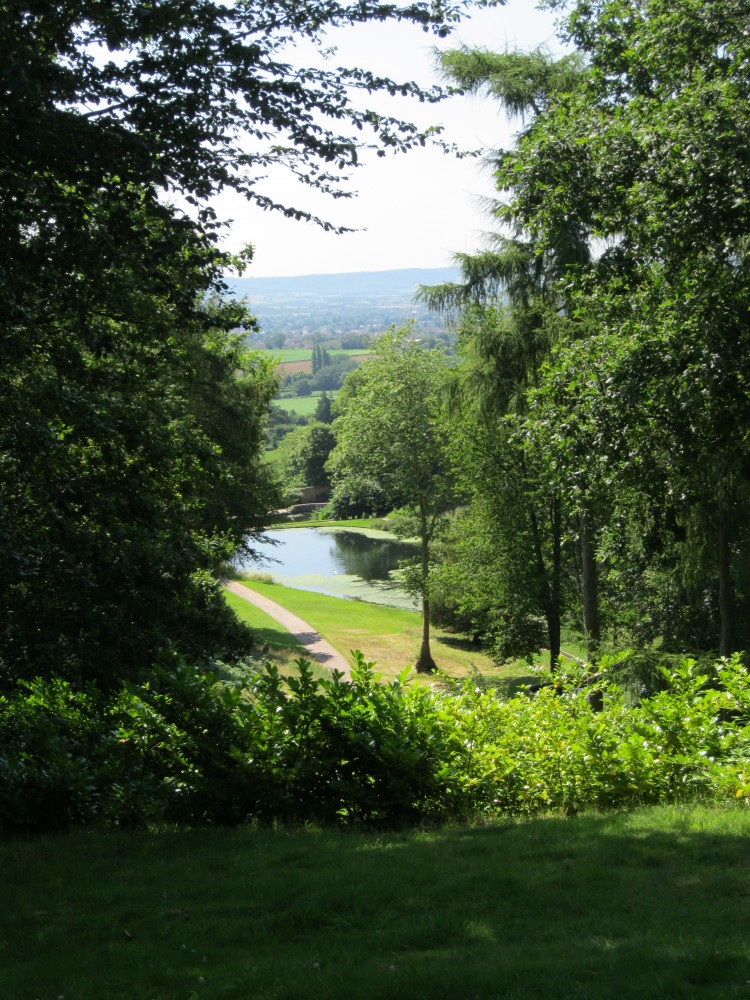 Returning down the opposite side of the valley, a whole series of features follow in rapid succession, and are sited to enchant the visitor; the Gothic Alcove, overlooking a field with grazing sheep, the Temple Arbour, Witch House, thatched Rustic Seat, the Mausoleum, and the Turkish Tent. Unlike Painshill and Painswick these are not theatrical stage sets built of wood, and dressed up to look like rendered brick and stone but are built of solid materials, which partially redeems them in my eyes. 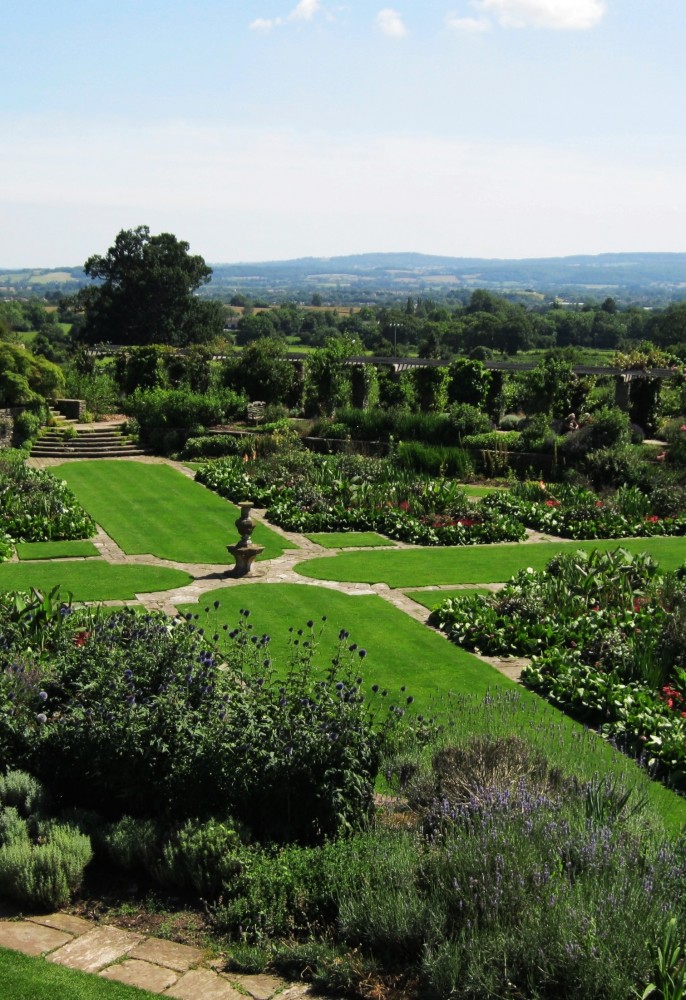 Hestercombe could have suffered the ignominious fate of many of the great estates in the first half of the 20th century, but what undoubtedly saved it was that beneath all the neglect and decay, (and the thirty-three World War Two barrack huts) were the bones of Hestercombe’s other great garden, the Great Plat, among the finest by the great architect Lutyens. 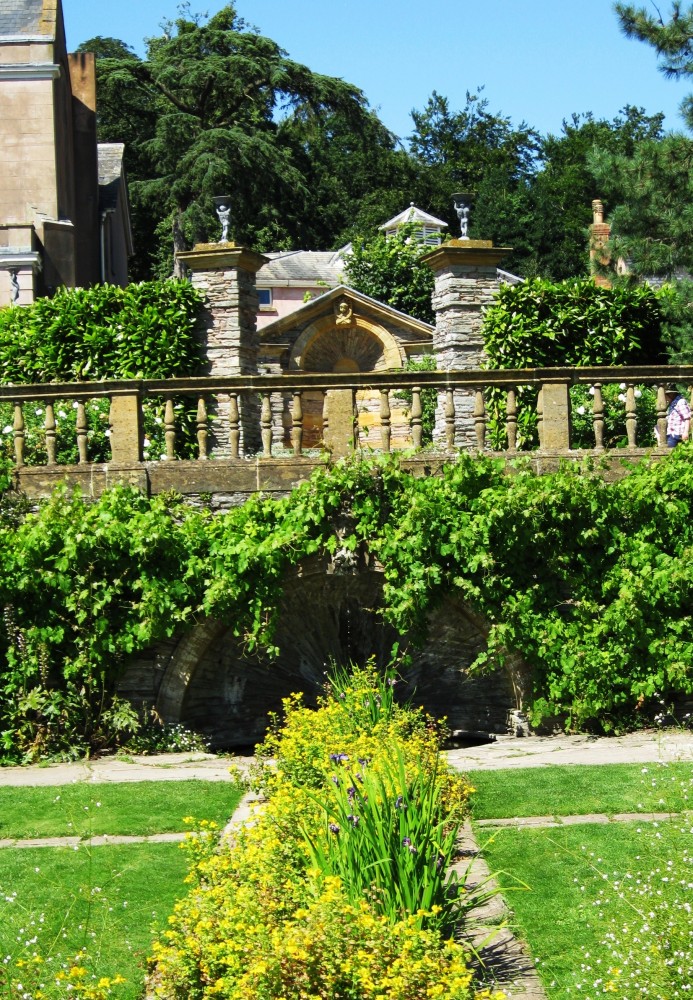 The hard landscaping details of the Great Plat lift my spirits; York stone paving with inset patterns of tile, bold semi-circular flights of steps, shaded apses with pools, a vast oak pergola partially screening the view over the Vale of Taunton, and above all, the superbly designed long formal rills, flowing into rectangular pools. 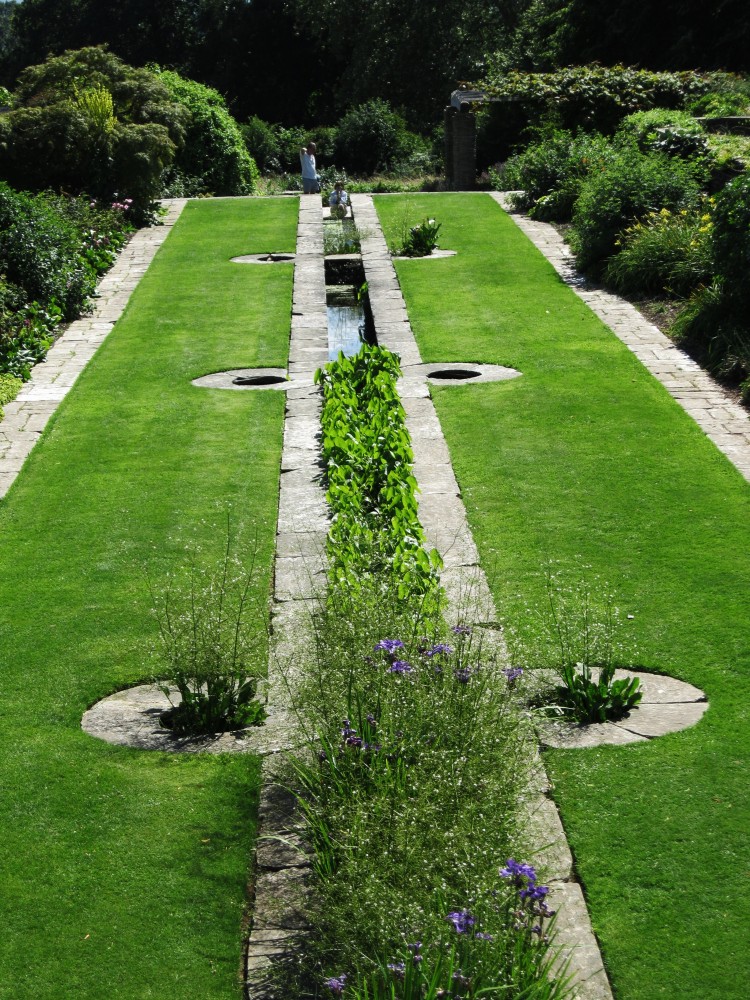 The strongly defined garden structure is softened by the restored drifts of Gertrude Jekyll’s perennials, planted in skilfully graduated colours. However, when I compare it to later gardens such as Sissinghurst and Hidcote, where yew and box hedges are used to define and soften the different garden rooms, Hestercombe’s walled Great Plat seems hard-edged; dominated as it is by hard landscaping and an architectural handling of space. 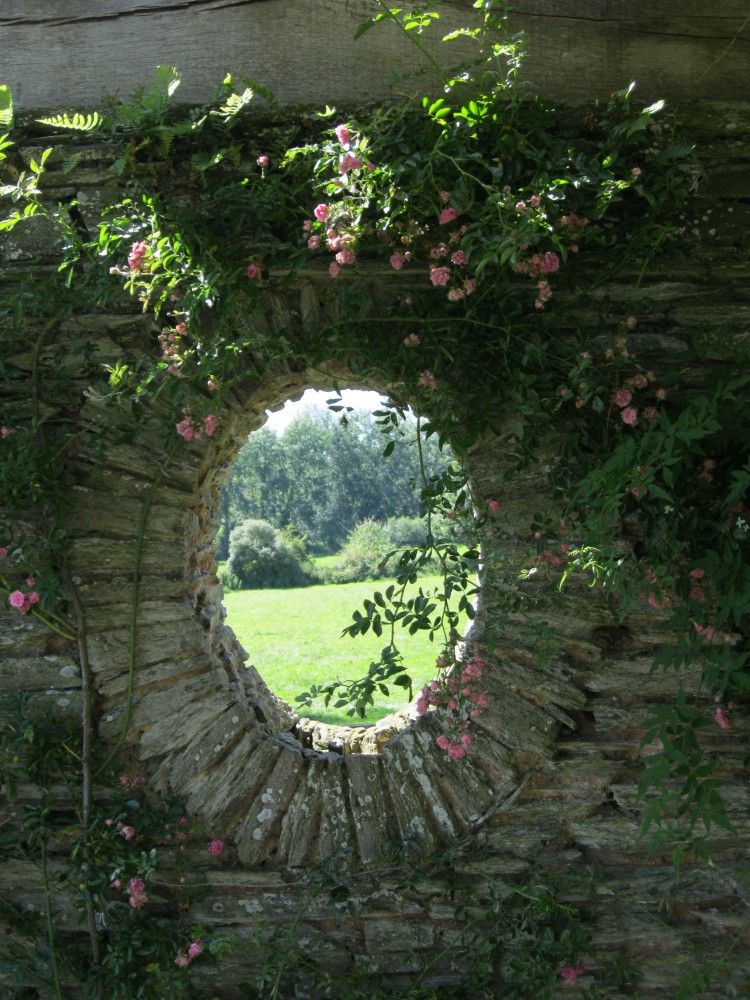 The importance of Hestercombe is that although Lutyens designed many gardens, most remain in private hands; and few are of the size or quality of the Great Plat; even fewer are restored with Jekyll planting. Add to that the rare Rococo Landscape Garden, and Hestercombe is an important, fascinating and absorbing garden.