Confronted with a Health and Safety video, told to take a torch, closed at short notice in ‘unfavourable conditions’, (and unsuitable for push-chairs, the elderly and the disabled), I was expecting something comparable to the Grand Canyon; but this is England, and we do tend to over-exaggerate. It is, however, a garden like few others; as famous in the late 18th century, as Stowe was a generation earlier. Hawkstone is a physically challenging garden, certainly not a stroll through the countryside. 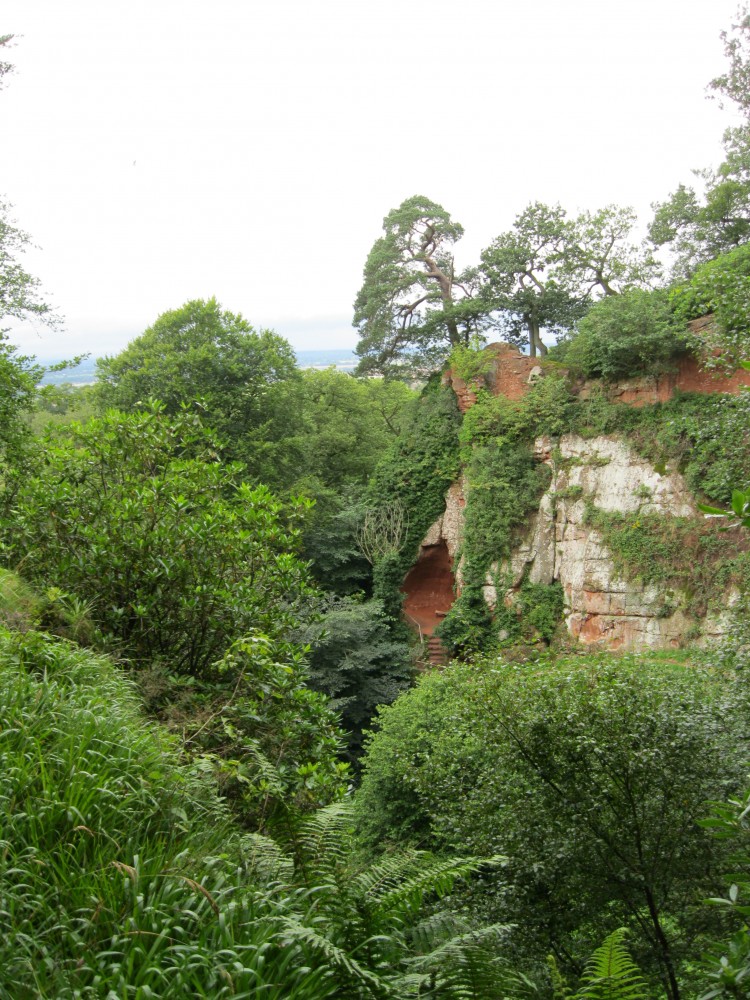 To understand this strange garden, it is necessary to see it through 18th century eyes, and appreciate the influence of The Grand Tour. On the journey to study the classical antiquities (and sample the brothels) of Italy, wealthy young English men passed through Switzerland, and what at first seemed a hostile, ugly and dangerous landscape, became admired for its wild, pristine and rugged charms; its sheer rock faces, threatening ravines, terrifying passes and ice fields, and the thunderous waterfalls that thrilled the travellers. Garden fashions change, and these new ‘sublime and picturesque’ landscapes, appealing to the emotions, began to gain dominance in the later part of the 18th century. Dr. Johnson said of Hawkstone in 1774 – ‘the awfulness of the shades, the horrors of the precipices, the verdure of the hollows, and the loftiness of the rocks….above is inaccessible altitude, below is horrible profundity’. The Follies fell into decay and disrepair, and a £4 million restoration between1990-93 led to their reopening. In the 18th century, the garden route started at Hawkstone Hall, and later, as tourists became more numerous, a second entrance was created from the hotel built to accommodate them. Today, the Follies are approached from the rebuilt pseudo-Gothic-style Greenhouse, originally an orangery and place for refreshments half way round the garden circuit. Signage is poor, causing further confusion, especially if, like me, you don’t have the foresight to buy the guidebook. Crossing The Elysian Hill and the Grand Valley, there is a steep climb up the red sandstone escarpment, past moss-covered banks and exposed silvery roots of beech clinging tenaciously to the rock face; past the White Tower, to the Monument, a 30 metre high classical obelisk, topped with a statue of Sir Rowland Hill, founder of the family fortunes. From the viewing platform, I am told (for I was far too much out of puff to discover for myself), is a stunning view, reputedly over seven counties.

The Terrace, another early 18th century feature, running along the top of the escarpment, was replanted in the 19th century with spruces, pines and other exotics, with an understorey of rhododendrons. So far, a pleasant exhilarating walk, but nothing to excite a jaded garden visitor like myself. Suddenly, the landscape explodes into interest and excitement – the narrow Swiss bridge over a steep gorge, the Gothic Arch, set at the highest point overlooking ‘the awful precipice’, and the Cleft, that deep narrow ravine, leading the visitor stumbling back steeply up to the Grotto. This is Hawkstone’s piece de resistance, and a spooky delight for children. The tunnels are dark, winding and cramped; the caves large, dimly-lit and mysterious. It is not known how much was a Romano-British excavation of a vein of copper, and how much an 18th century elaboration. The overall impression is of overwhelming, melancholic Gothic gloom; so admired by the Romantic Movement. I know of no other garden where this mood is captured as well as at Hawkstone. The return journey is past the Hermitage, a rustic hut built of rough red sandstone with a thatched roof; where an old unkempt retainer was paid to rise, grasp the skull set before him on the table, and accost the visitor with a carefully-prepared insightful saying; assuming of course that he hadn’t nodded off from boredom. 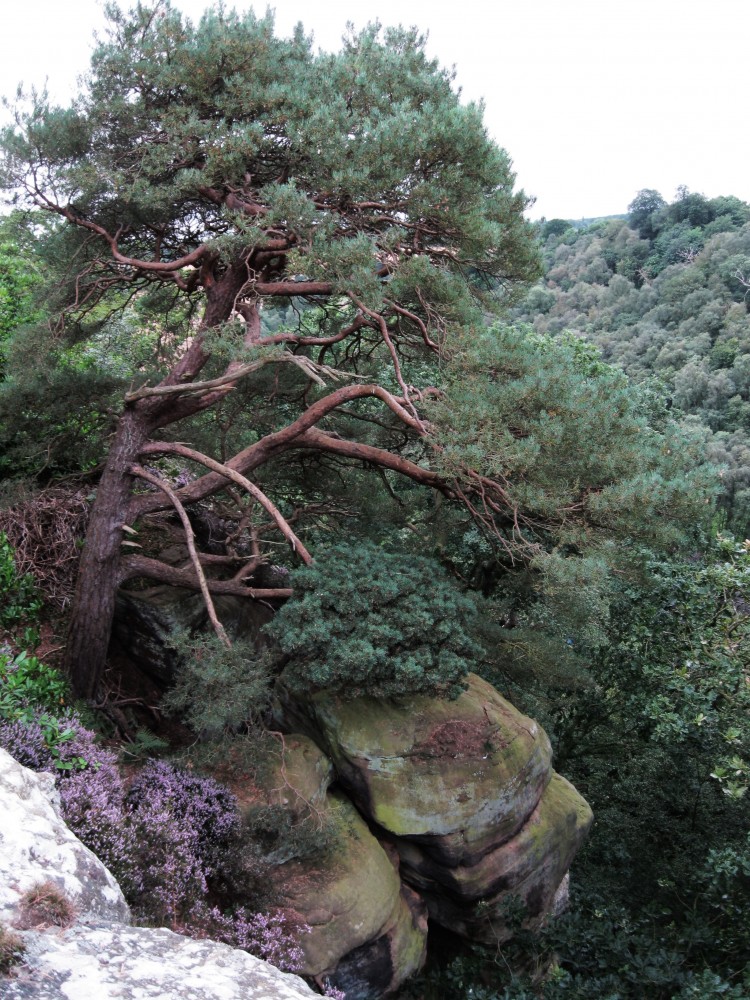 From the Hermitage back to the Greenhouse is a tortuous route, snaking up and down the rock face of the escarpment. The total garden circuit is two and a half hours; tiring it certainly is, but also exhilarating and extraordinary, and well worth the trouble. Hawkstone Follies is quite unlike any other landscape garden I know, and deserves to be better known.