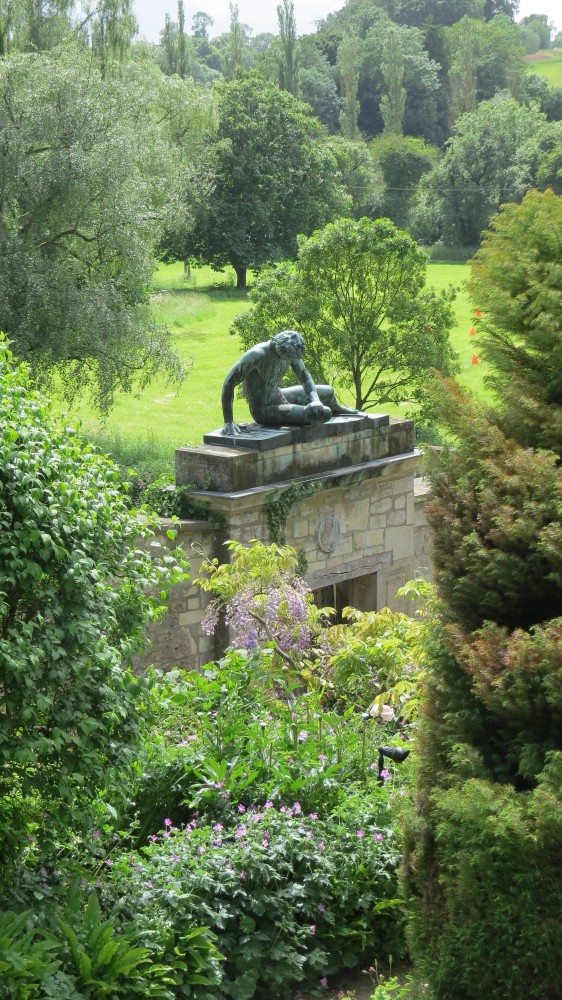 I confess that the fashionable New Perennial Gardens don’t do a lot for me. They seem to be transitory will o’ the wisp things with no sense of time or place, that in our climate, where things grow eleven months of the year, look good for at best six months. No garden rooms, no structure, no sculpture, little water – the complete anthithesis of gardens of the Arts and Crafts period. Harold Peto, the architect turned garden designer who owned and laid out Iford Manor in the early years of the 20th century wrote ‘old buildings and fragments of masonry carry one’s mind back to the past, in a way that a garden of flowers cannot do’. Peto deserves to be better known, but unlike Sackville West’s Sissinghurst, and Lawrence Johnson’s Hidcote, Iford remains a home and garden in private ownership. 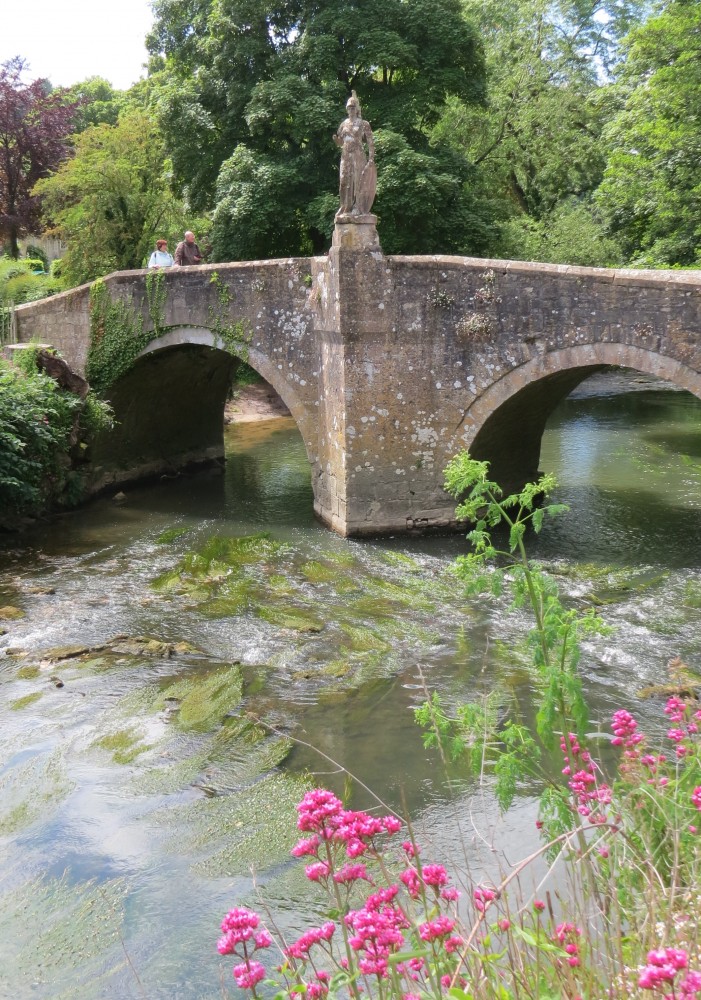 The River Frome and Britannia

The first indication that you are approaching Iford is the beautiful bronze statue of the ‘Wounded Celt’ on a corner of the high walled single track lane, that leads down to a bend in the shallow River Frome. Ahead, and in front of the Manor, lies a medieval bridge upon which Peto  placed an 18th century statue of Britannia. 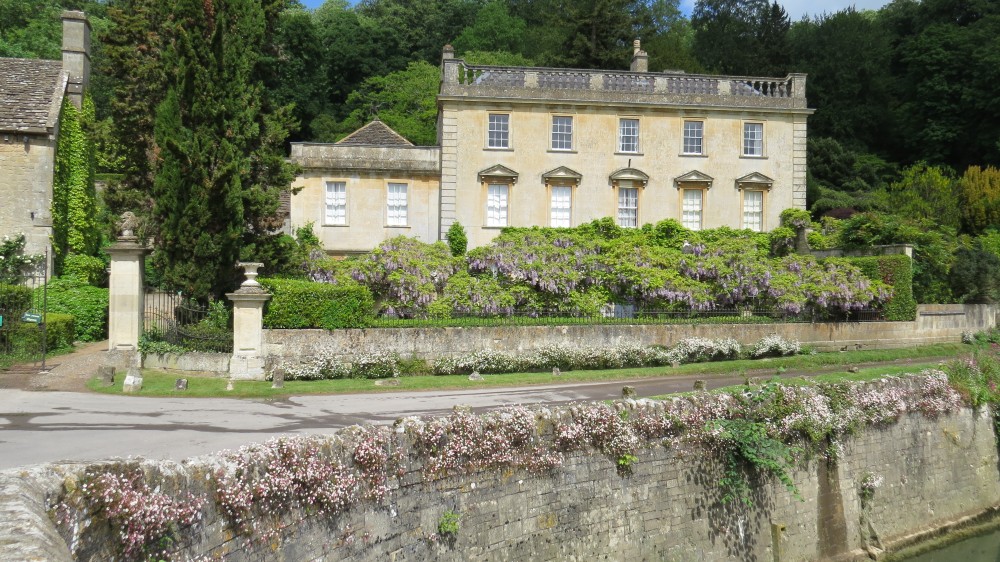 The Manor is a substantial Georgian fronted Elizabethan house, and the garden is entered through a side gate, which opens up into The Loggia. This a small courtyard with pool; dominated by the strong axis of flights of stone steps and grass terraces with narrow planting beds, that rise steeply up the south-facing hillside. At the top lies an open medieval Italian loggia, known as the Casita, but everywhere on the ascent, I find the handling of space, the opening up of views and vistas, the detailing of the garden and use of antiquities exciting because it is so beautifully handled. 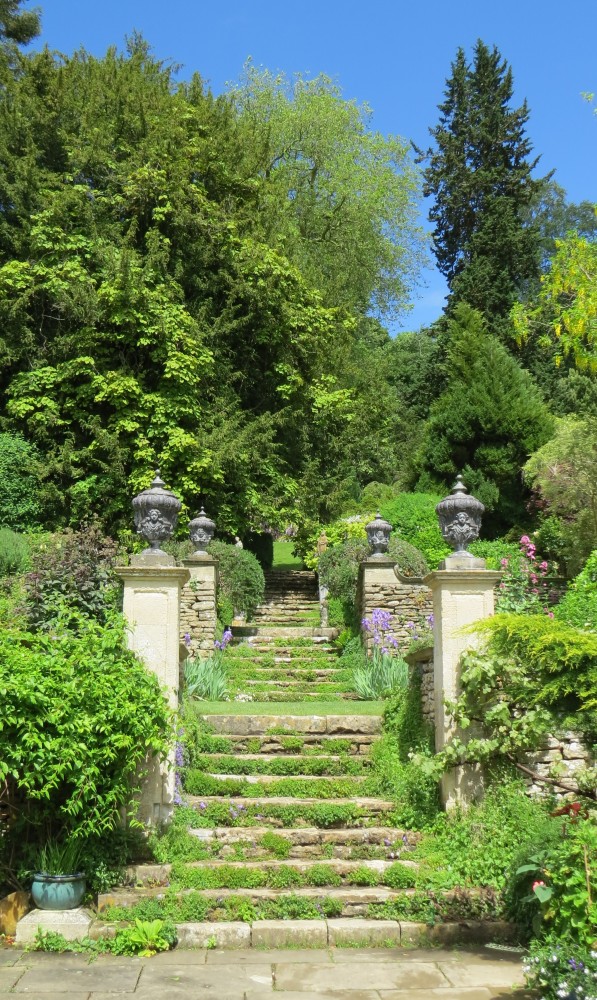 As a hundred-year old garden, it is the architectural bones that are Peto, together with the cypress, junipers and wisteria; but the planting, has been sympathetically modified, such as the box-edged beds in front of the Casita, and the completion of Peto’s unfinished Japanese Garden that lies behind it. Garden planting is mostly greens, with some occasional splashes of colour; my sort of garden. 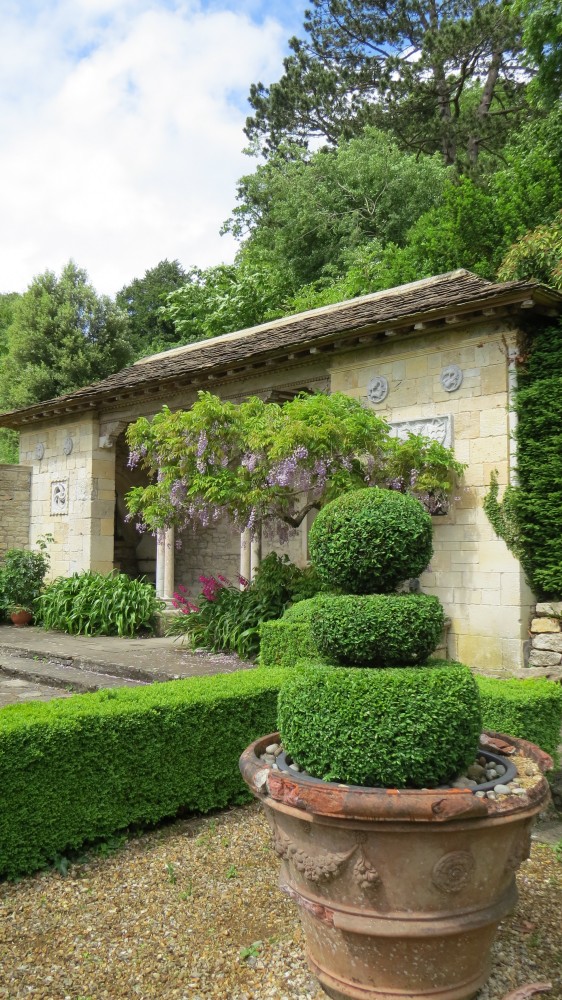 To the east of the Casita, The Great Terrace runs through a classically-inspired stone colonnade, past Roman sarcophagi and oak benches set on old classical capitals, to the 17th century Garden House; which like all good summer houses in our climate, has a fireplace.  A fine bronze copy of ‘Wolf suckling Romulus and Remus’ is the centrepiece of the terrace. but the views down to the ‘Wounded Celt’ and to ‘Britannia’ on the bridge carry the mind back to earlier impressions. I must admit to feeling uneasy about so many fine Italian and medieval antiquities being brought over and installed in an English garden, but this was the spirit of the times, and the result is spectacular. 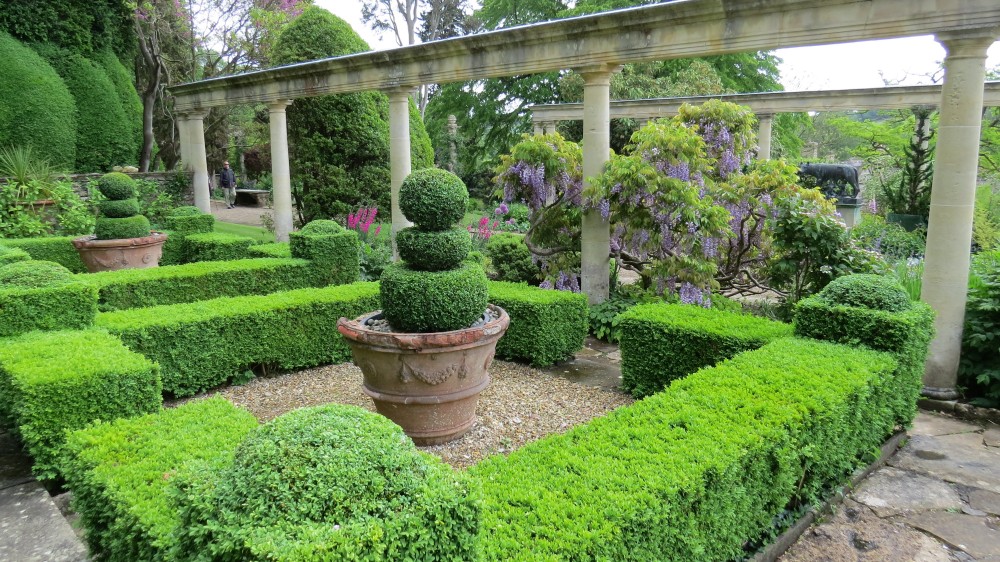 Beyond The Great Terrace lies The Cloisters, an Italianate closed courtyard, that skilfully incorporates more antiquities into its design, and which in the summer months is temporarily roofed over, and used as a venue for evening opera and jazz concerts. This is a disappointment for garden visitors, to be balanced against such a fabulous setting for performances. 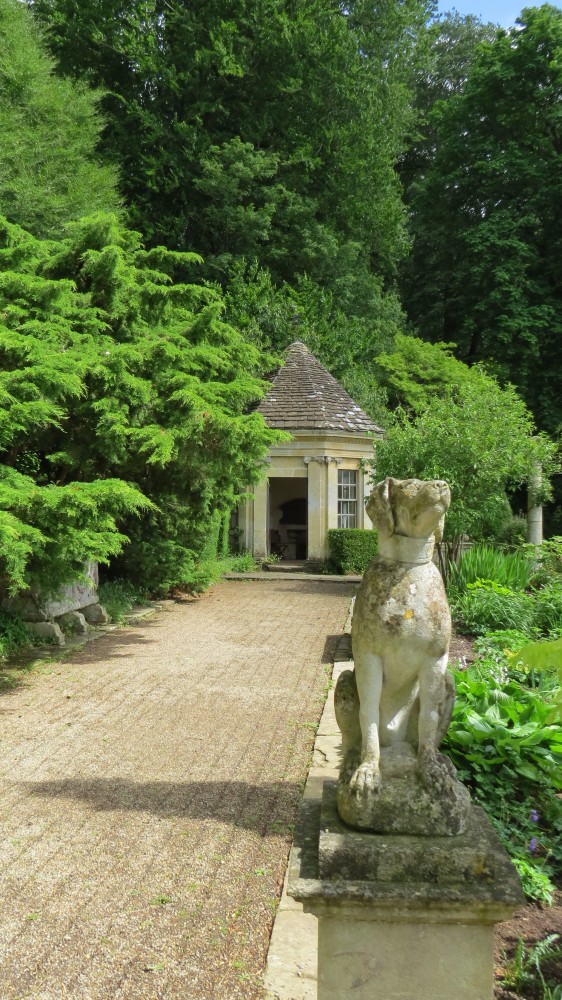 The Great Terrace and Garden House

Iford is probably my favourite garden of the Arts and Crafts period; and a garden where structure, handling of space, attention to detail, and a sense of time make our faddishly fashionable perennial gardens seem insubstantial. 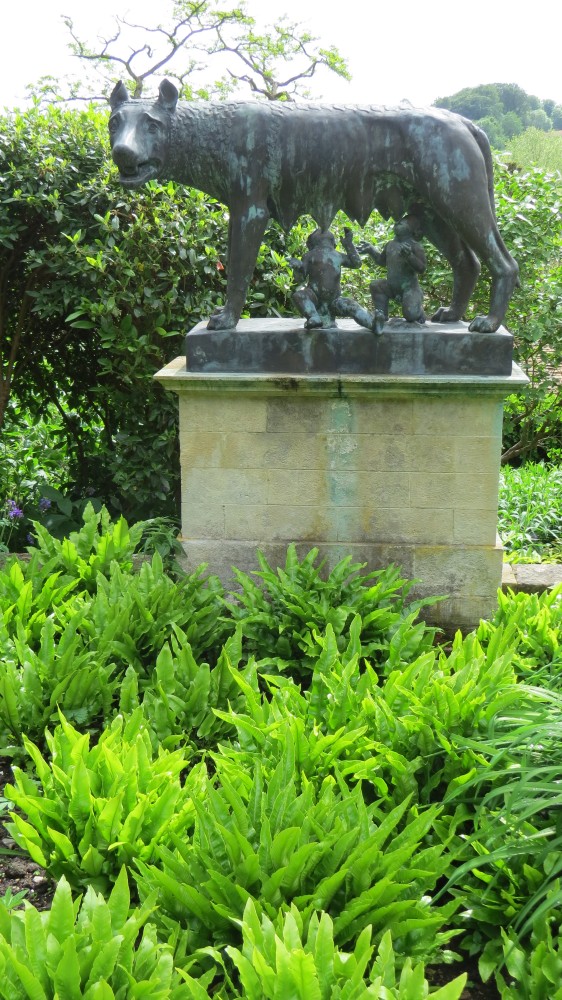