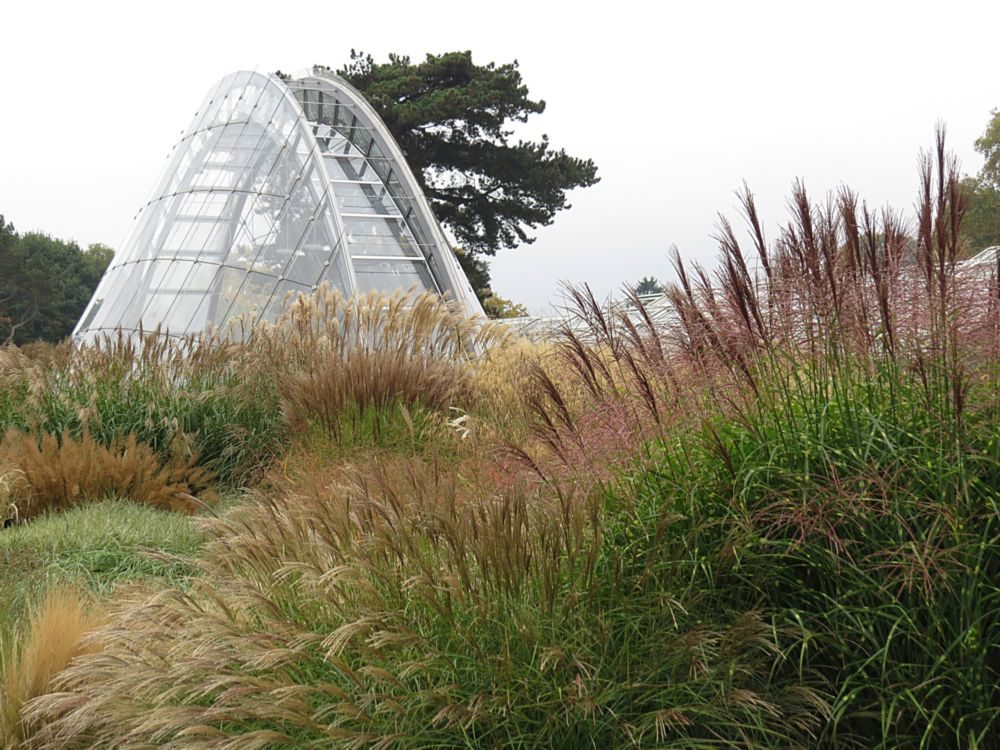 October – The Grass Garden and Davis Alpine House, and also the Salvia Collection

The Royal Botanic Gardens at Kew can be a confusing place. The big attractions such as the Palm House, the Great Broad Walk Borders, Kew Palace, and the Hive are easy to find; but the delightful Minka House and Bamboo Collection, Xstrata Treetop Walkway, Winter Garden and Rhododendron Dell? I have been coming to Kew for over twenty years but I still find I occasionally get lost in the acres of grass of the tree collections and in the botanical collections. 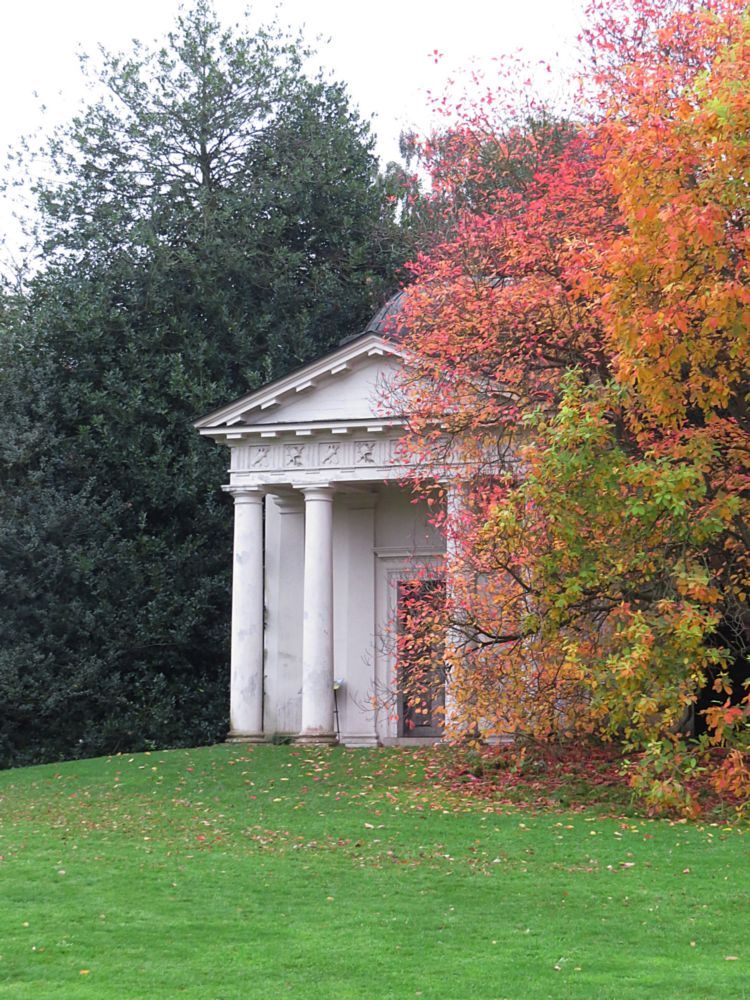 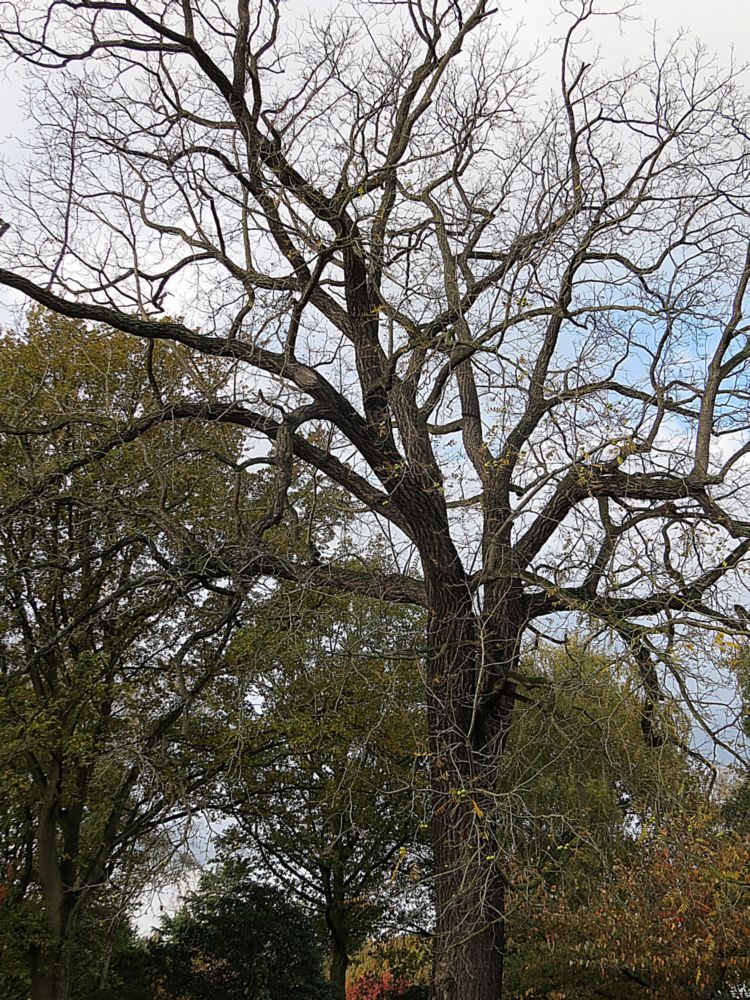 December -The Bare Silhouettes of Trees and also the Christmas Lights.

Kew is reputedly the finest botanic garden in the world and also Britain’s most popular garden landscape, but its enormous size (over 300acres – 121 hectares), large specialised botanical collections, over 20 distinctive attractions and the seasonality of nature means that it would be exhausting and impossible to try to see everything in a day.

However, I would like to think I now know what to see, when to see it, and (most of the time) where to find it which means that my every visit to Kew is a delight. 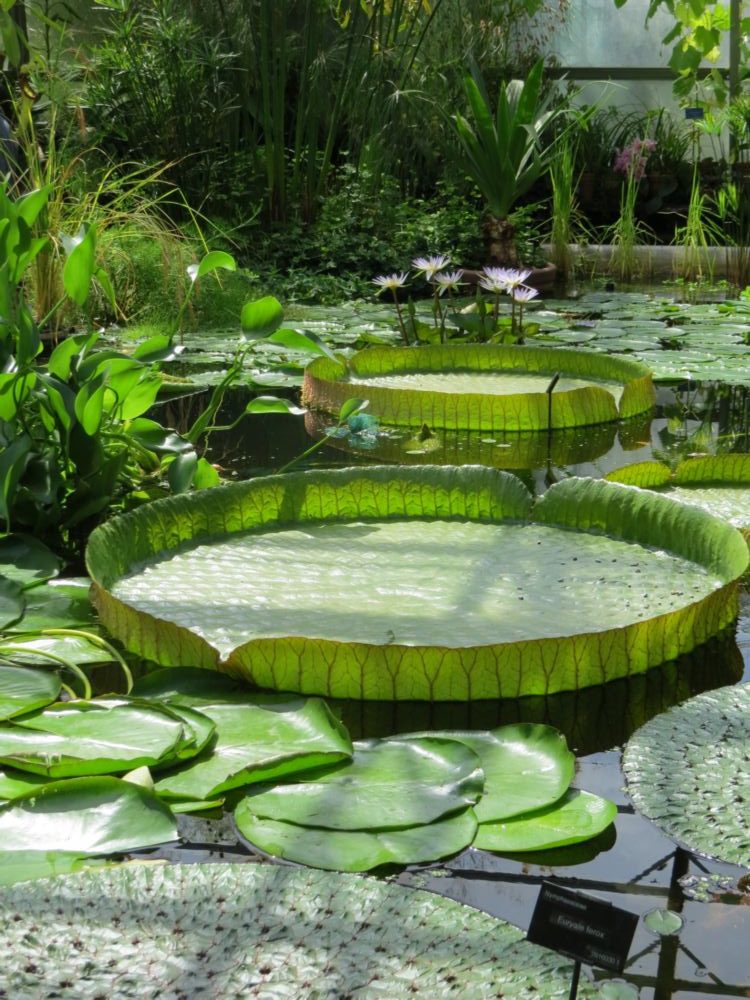 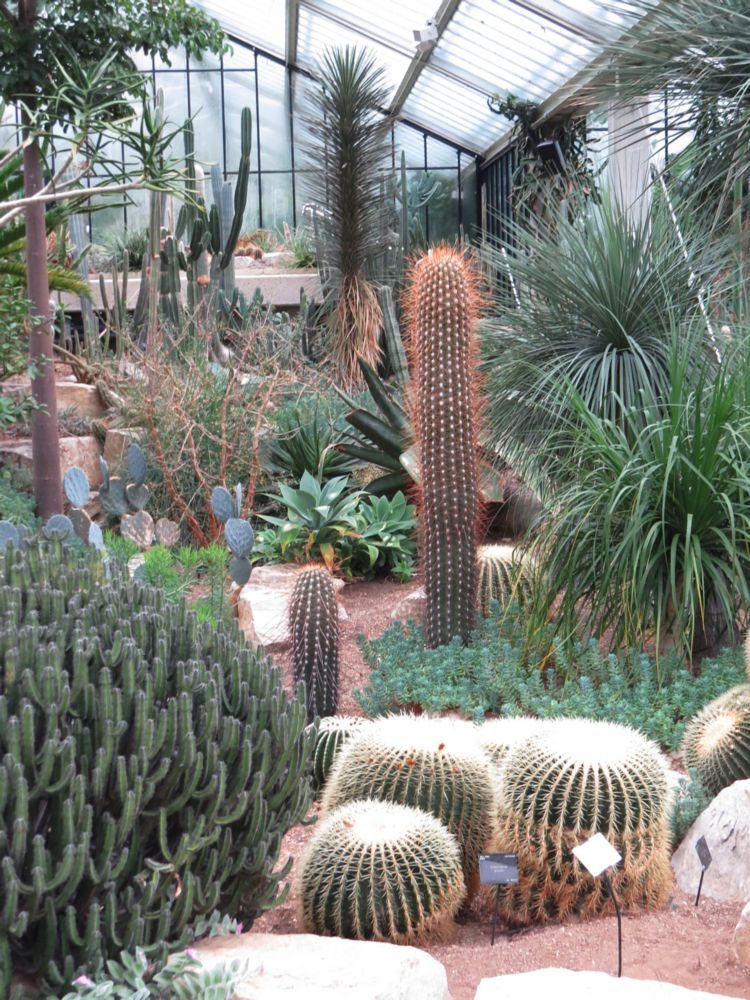 February – The Princess of Wales Conservatory (Desert Garden) – and also the Orchid Festival, the Hamamelis collection, and Crocus Plantings.

The garden has gone through many transformations from being a royal pleasure garden 300 years ago, to become an ever-growing collection of exotics in the late 18th and early 19th centuries, a laboratory for the industrial exploitation of natural resources in Victorian times and to the strange hybrid it is today; part centre for medical and genetic research, part botanical reference collection and part people’s park. 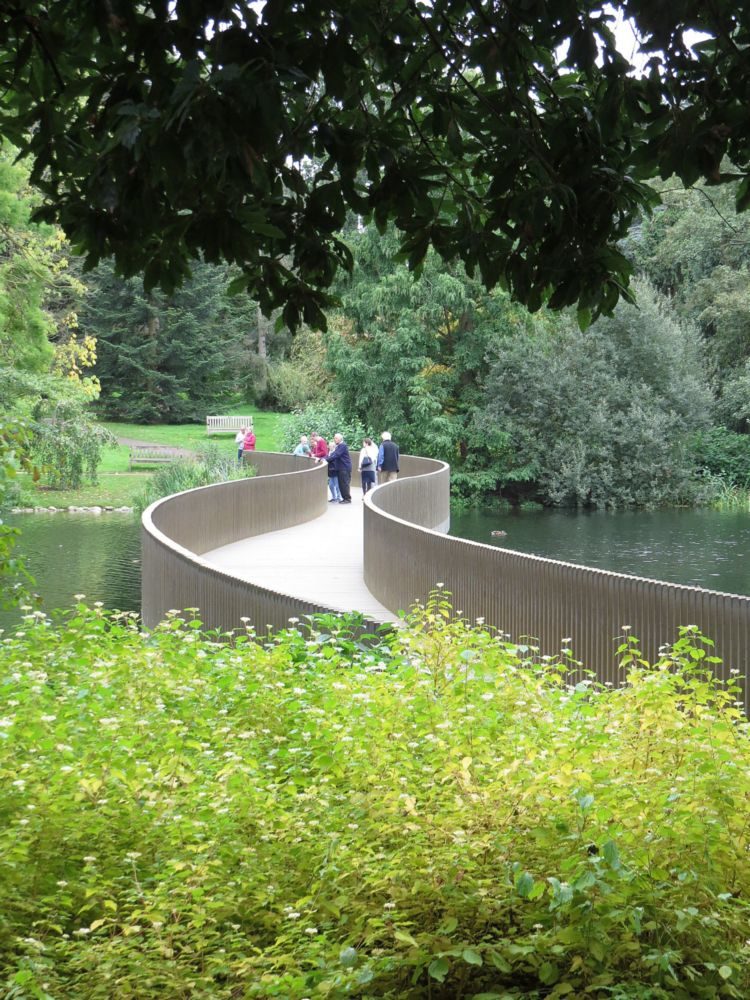 March – The Sackler Crossing, and also the Henry Moore Sculpture and daffodil and crocus plantings 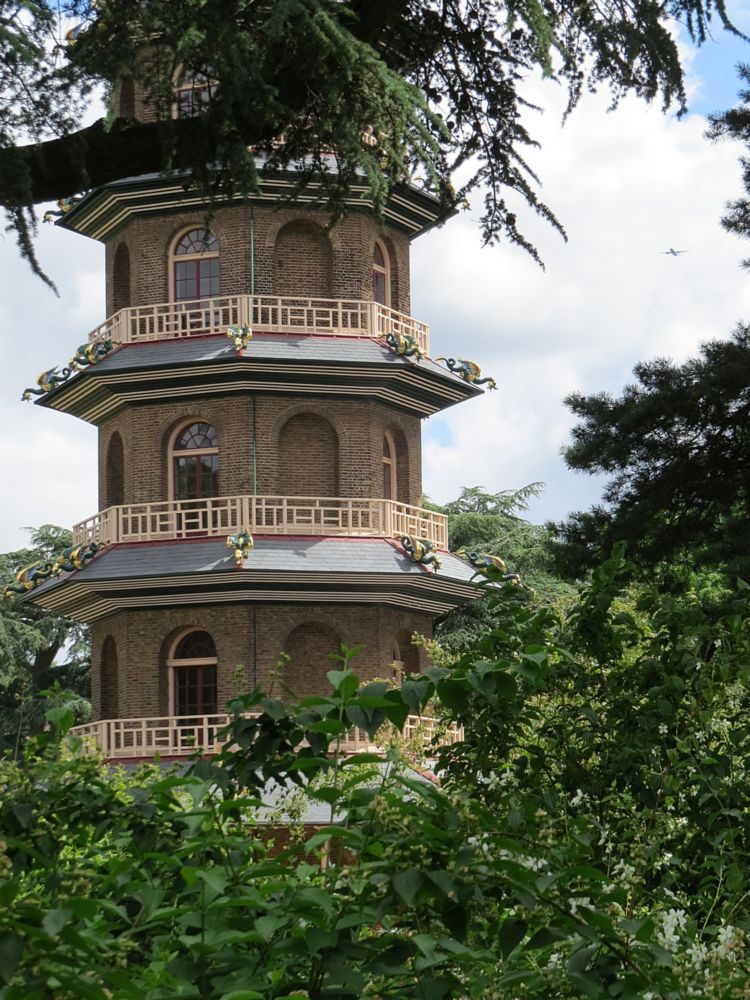 April – The Pagoda and also the Japanese Landscape, the Magnolia Collection and spring bulbs

The scientific, medical and genetic research is carried out at the Jodrell Laboratory Kew by the UK Scientific Authority for Plants. In addition to advising the government and representing the UK on international conservation bodies, the Authority carries out research into plant DNA, conservation of threatened plant species, and the application of science to the development of sustainable farming practices in the third world.

Almost half of Kew’s £65 million budget comes from DEFRA (The Department of Education, Agriculture and Rural Affairs) but a large part of that is earmarked for research. The colossal cost of restoration of Kew’s great historic features such as the glasshouses and pagoda has been largely funded by grants from the Heritage Lottery Fund, from numerous charitable foundations and private individuals. 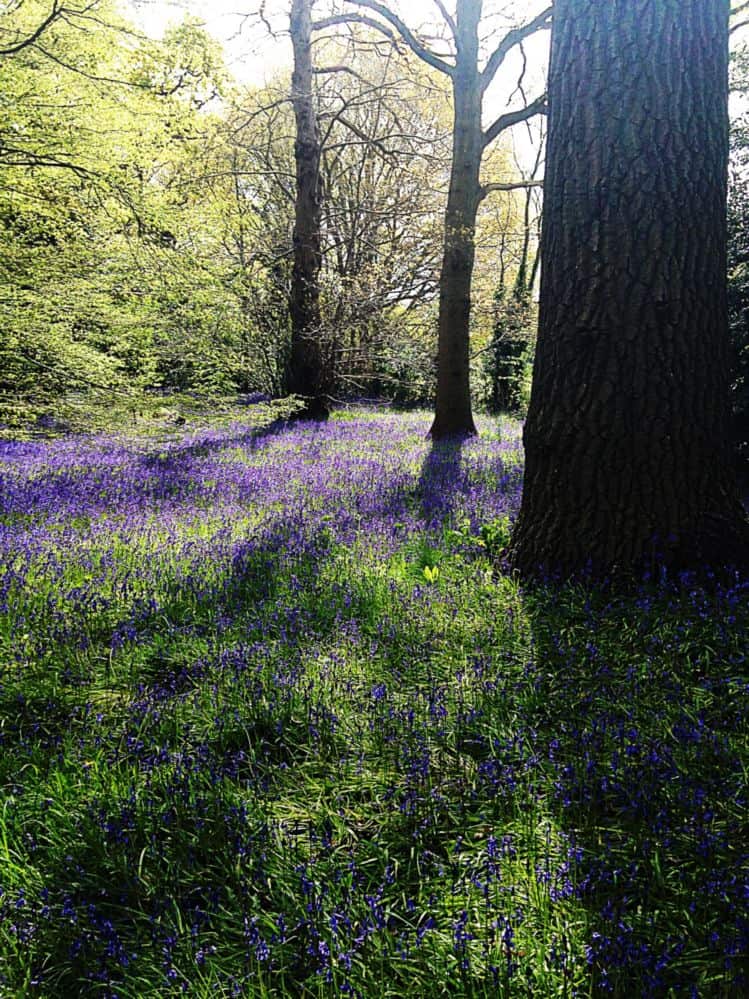 May – English Bluebells to the Native Woodland around Queen Charlotte’s Cottage, and also The Cherry Collection and Temperate House. 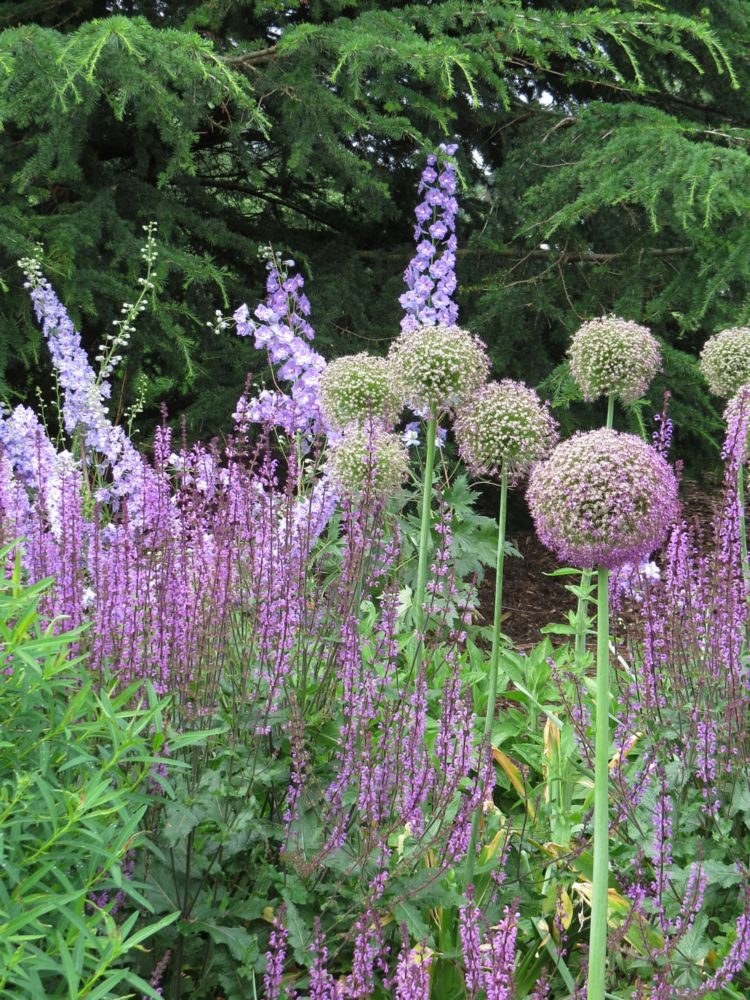 Kew is considered to be the most comprehensive plant reference collection in the world, consisting of the Herbarium, Fungarium, DNA Bank and Millenium Seed Bank (located at Wakehurst Place). The large plant collections set out in the grounds are in botanical families such as for hollies, bamboos, azalea and magnolias which when not in flower, berry or autumn colour can be of scant interest; but the magnificent and majestic trees are always a source of delight and wonderment. 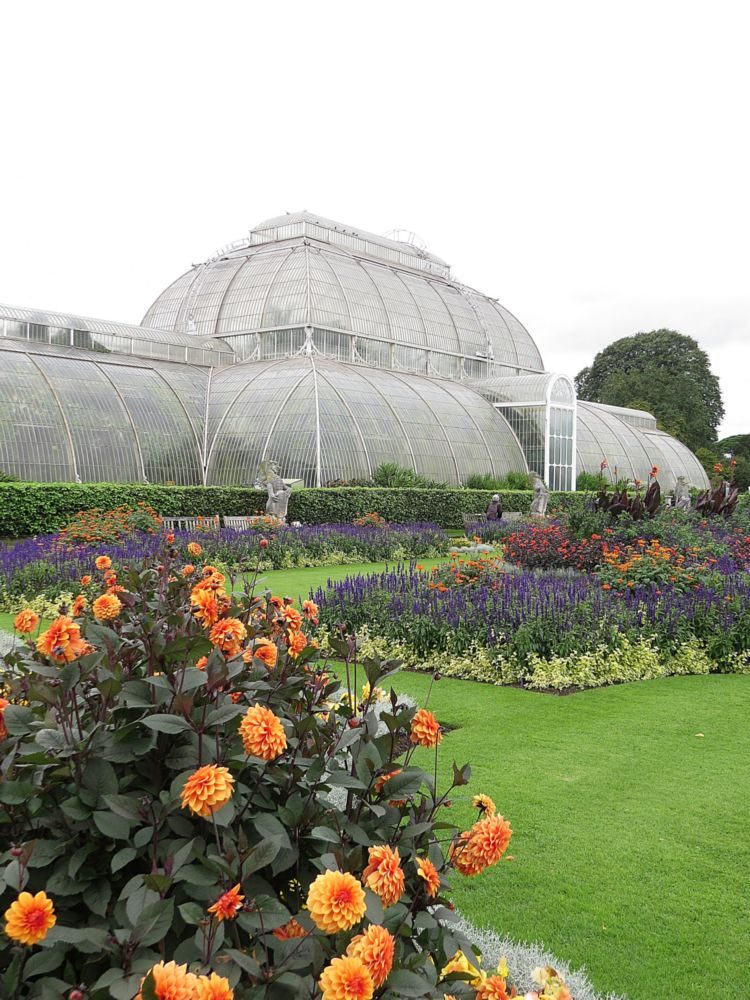 July – The Summer Bedding and also The Palm House 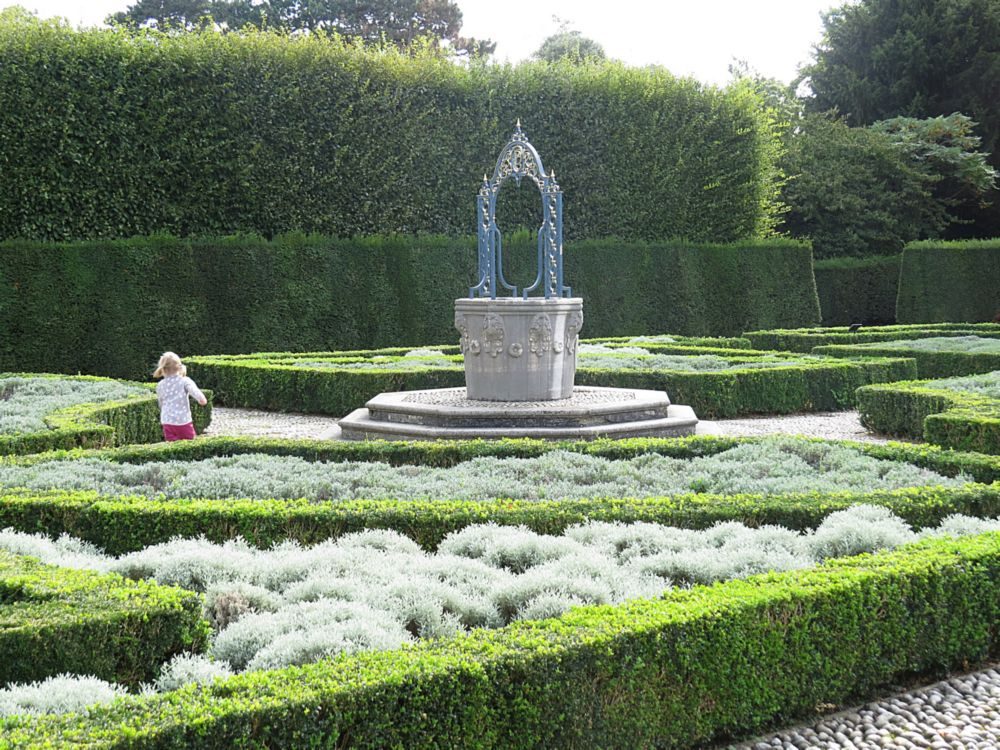 As a people’s park, it is inevitable that Kew is compared to that other great British botanical garden institution, The Eden Project, which considering its geographical isolation near Bodmin in Cornwall has over 2/3rds as many visitors as Kew. Here people are guided through the climatically controlled biomes, displays are imaginative, signage is inspiringly educational, informative and interactive and the plant collection has been skilfully assembled with a designer’s eye. 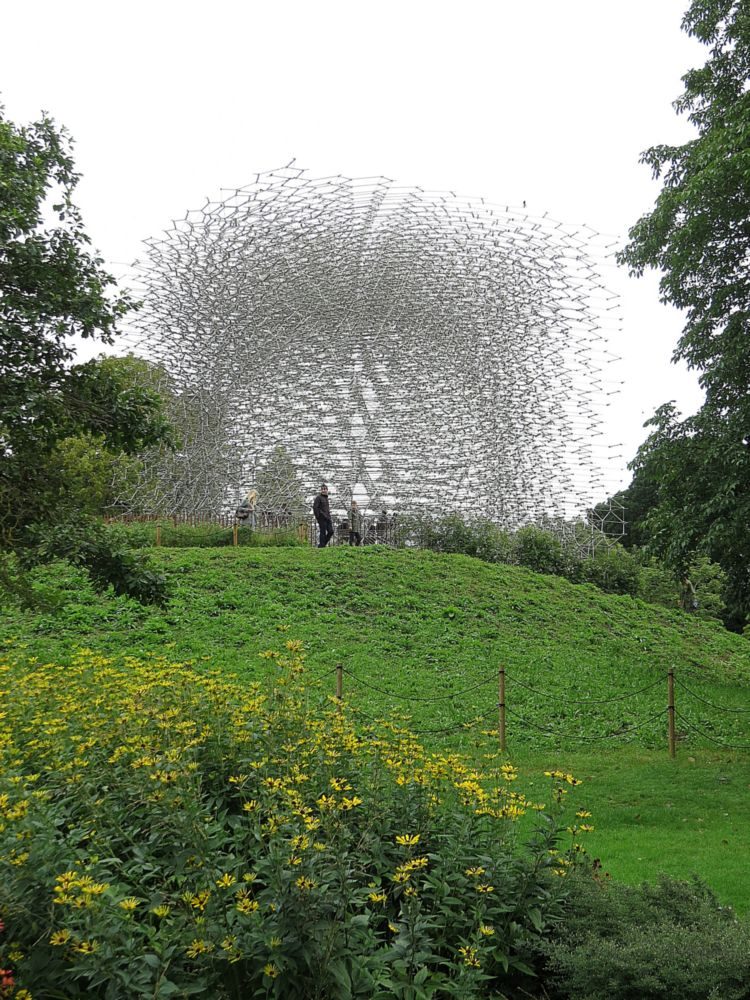 The Eden Project is minuscule in comparison to Kew, but there are important lessons to be learnt on how to engage the public, as government budgets are cut and Kew is forced to rely more and more on visitor entrance fees and sales, funding from charitable sources, donations and legacies.

Nevertheless, Kew is an astonishing place, even if the lack of adequate signage makes it at times seem as if you are searching for a needle in a haystack……