Set in a remote corner of the Cotswolds lies two of England’s most memorable gardens, yet the contrast between Hidcote and Kiftsgate Court couldn’t be greater. The National Trust markets Hidcote (I think controversially) as ‘The 20th century’s most influential garden’ attracting over 160,000 visitors a year. Some of those who are garden-lovers rather than participants in the Cotswold Experience will inevitably end up a couple of miles down the road at Kiftsgate, a quiet family-run antidote to Hidcote’s coachloads of OAPs and Chinese tourists. 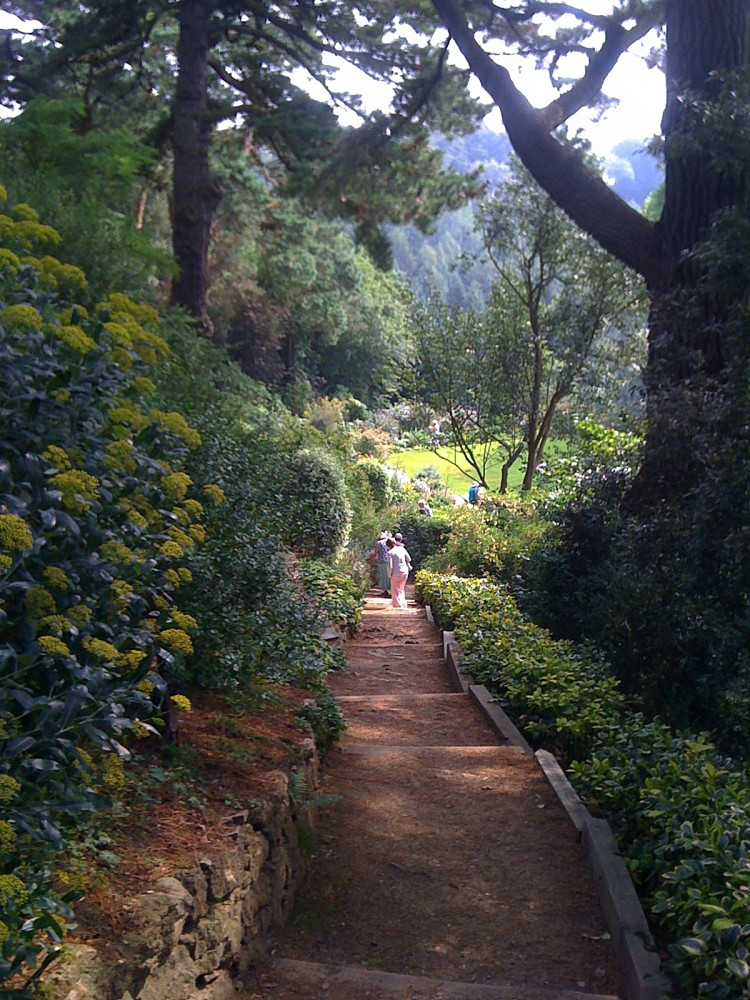 But the symbiotic relationship between the gardens doesn’t end there. Helen Muir, who started laying out Kiftsgate in the 1920s was a close friend of Lawrence Johnston at neighbouring Hidcote, and relied upon his knowledge and advice. Nowhere is this more apparent than in the Banks and Lower Garden which have the feel of a Mediterranean garden, and reminded me of Serre de la Madone, Johnston’s other garden on the Cote d’Azur. 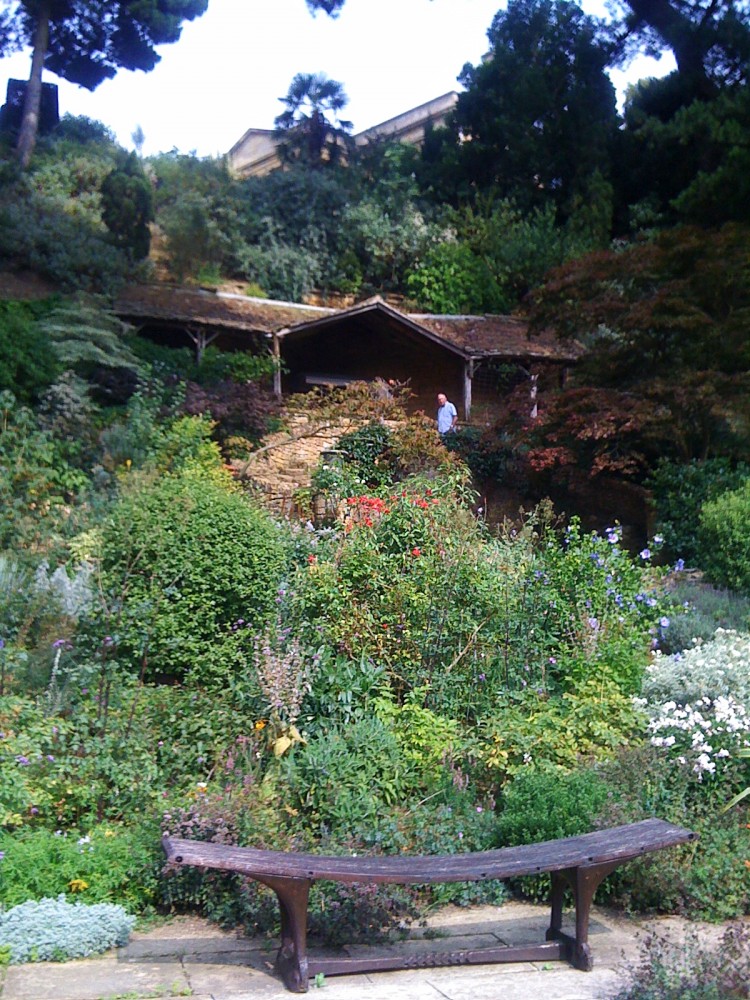 Kiftsgate’s Mediterranean garden falls away from the house, which sits at the top of a surprisingly steep escarpment planted with Monterey pines; and the south-westerly aspect, dry soils and shelter allows exotics such as agave, melianthus and palms to be grown. Constructed with Italian labour, I have always thought this garden looked strangely out of place with its open views of the English countryside, and with the other Arts and Crafts inspired gardens rooms to be found at Kiftsgate.

However, with the transfer of the ownership of Hidcote to the National Trust in 1948 the relationship between the two gardens became more distant. Kiftsgate is proud that it is run by Helen Muir’s grand-daughter, the third generation of women owner-gardeners; whereas Hidcote has developed into a large-scale operation catering for mass-tourism. I imagine Lawrence Johnston turning in his grave. 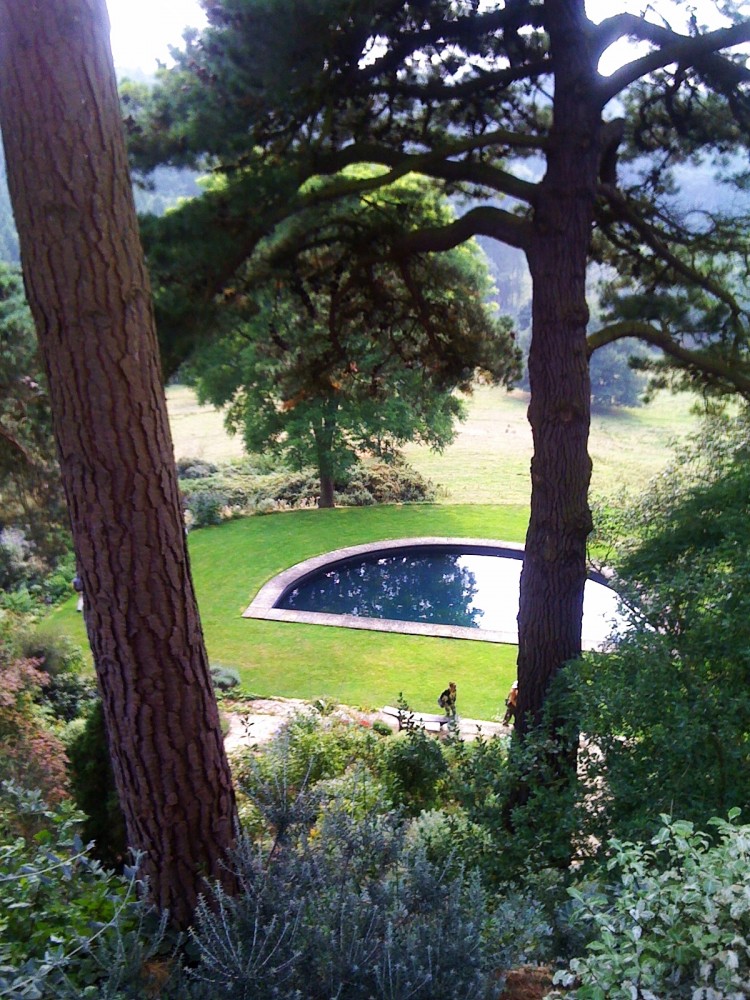 Kiftsgate retains the traditions of the leisured elite that dominated 20th century English gardening, and of which Johnston was a key player. There is a genuine enthusiasm for plants, and a desire to share that is evident from the excellent website, the very personal monthly blog, and the openness of the owner. It feels like stepping back in time. Others might find this delightful, but I found the lack of professionalism and commercial sense irritating, reinforced by the very restricted opening hours and a cafe that looked like a1960s church hall. On my previous visit the website had informed me the garden was open when inexplicably it was closed. 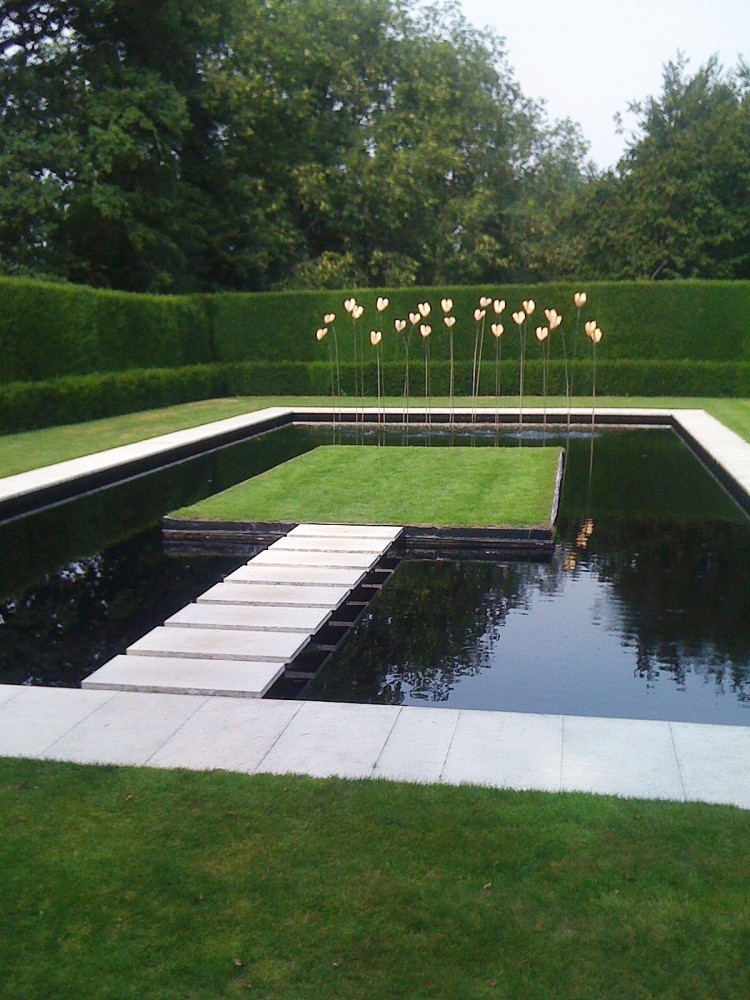 Kiftsgate retains the potential to be an evolving garden not hidebound by historical conservation like its dominant neighbour. I still find the black-painted half-moon swimming pool in the Lower Garden, glimpsed through the pines and with the Cotswold countryside beyond to be a breath-taking piece of modern design.

When the old yew-enclosed tennis court came to the end of its life in the 1990s, the minimalist Water Garden was created on the site. This garden which I greatly admired when I first visited Kiftsgate, now seems self-conscious, too startling a contrast, and perhaps a bit dated. However, I can relate to its sense of tranquillity. 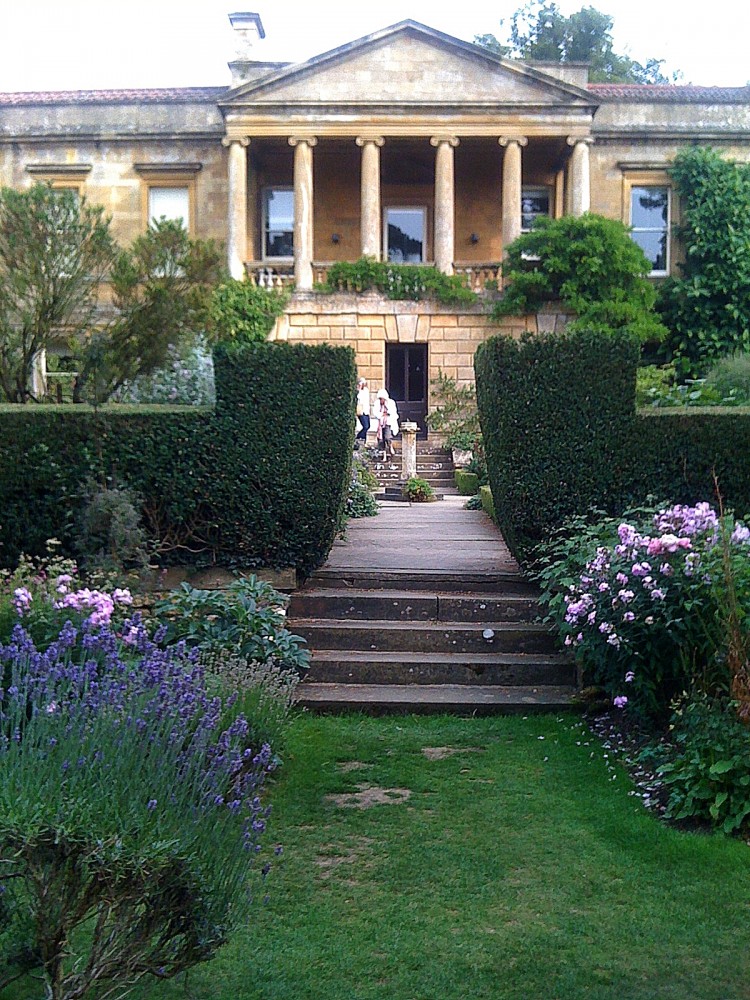 Unlike Hidcote with its 14 gardeners and over 100 volunteers (and a waiting list to help out), I get the impression that Kiftsgate struggles with two hands-on owners and two gardeners. The garden maintenance is good, but there are countless other English Country Gardens with colour-coordinated borders and carefully considered planting; but with a few memorable exceptions I no longer find them interesting. Things have moved on. To be frank, I think Kiftsgate needs the help of a talented designer, like at Cottesbrooke, to put the punch back into its planting. 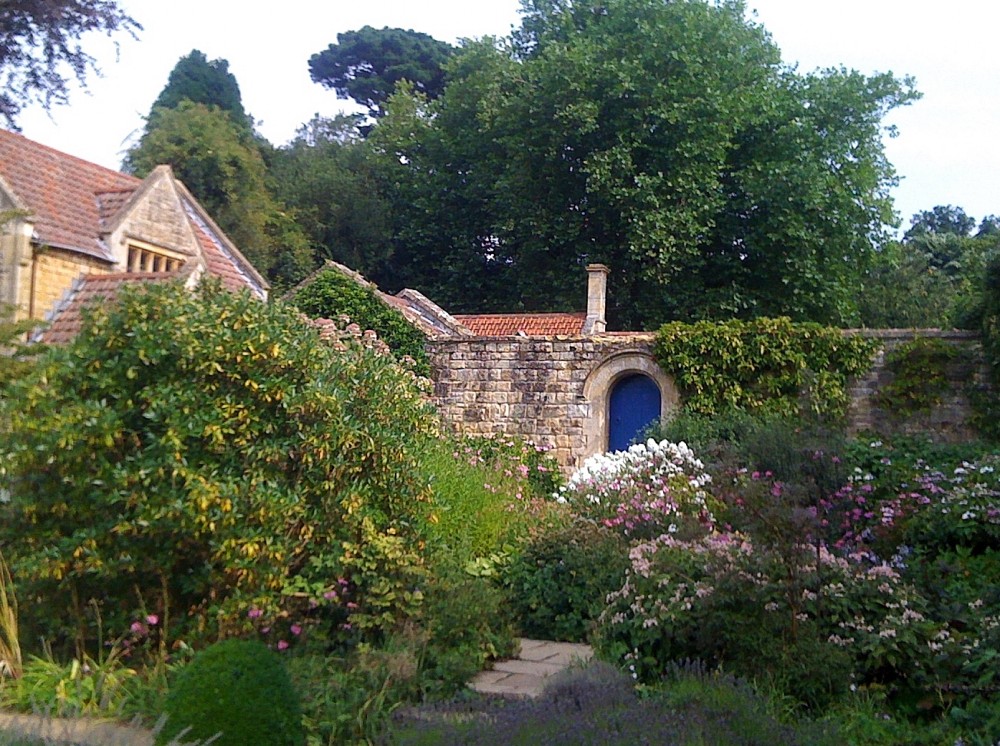 Kiftsgate is special, and there is much I like about it, such as the fabulous views from the escarpment, the half-moon swimming pool, the good enclosing structure of the garden rooms, and even with reservations the Water Garden. But the planting which plays such an important part in this garden no longer excites and inspires me. I feel that Kiftsgate’s charming owners are too close to the problems, and need some outside help to get the garden back on track.