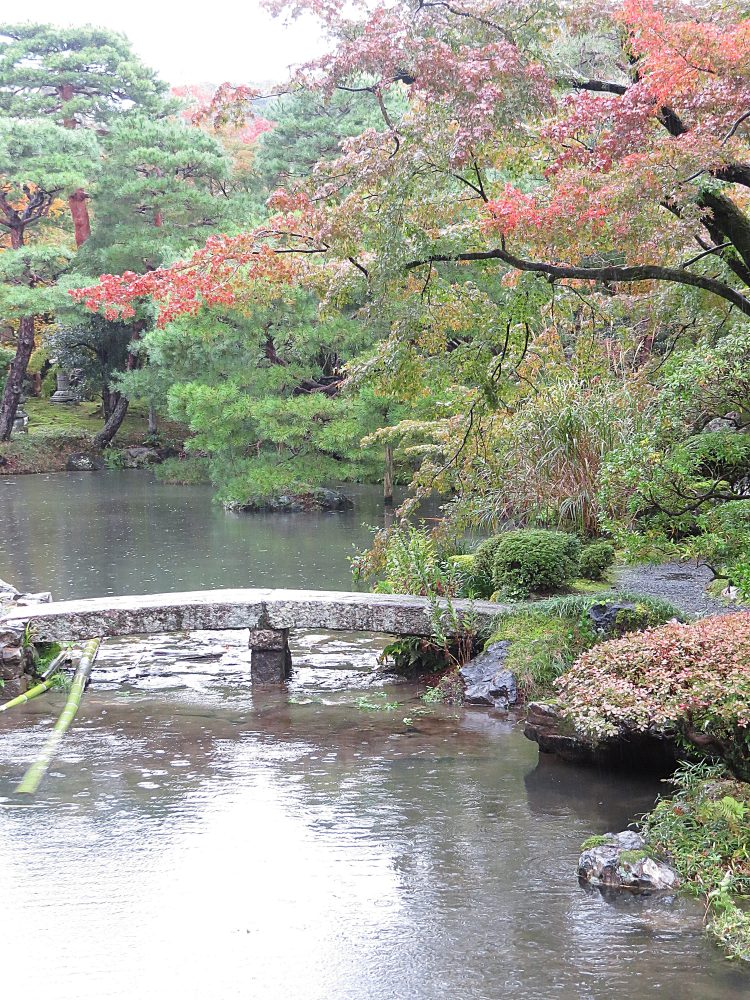 I have always enjoyed visiting artists’ gardens because they often give an insight into a different view of the world; such as Monet’s garden at Giverny and Barbara Hepworth’s at St Ives. In the early 20th century the famous Japanese artist Hashimoto Kansetsu bought some paddy fields close to the Imperial Palace in Kyoto and built a house, painting studio and over the next 30 years designed and developed a small intimate stroll garden that has similarities to historical stroll gardens, but also noticeable differences.

Japanese gardens are an artistic expression of the underlying Zen Buddhist philosophical view of the world, and although I find them visually exciting, as a non-Buddhist there remains a cultural barrier to a more complete understanding, something I need to work upon! 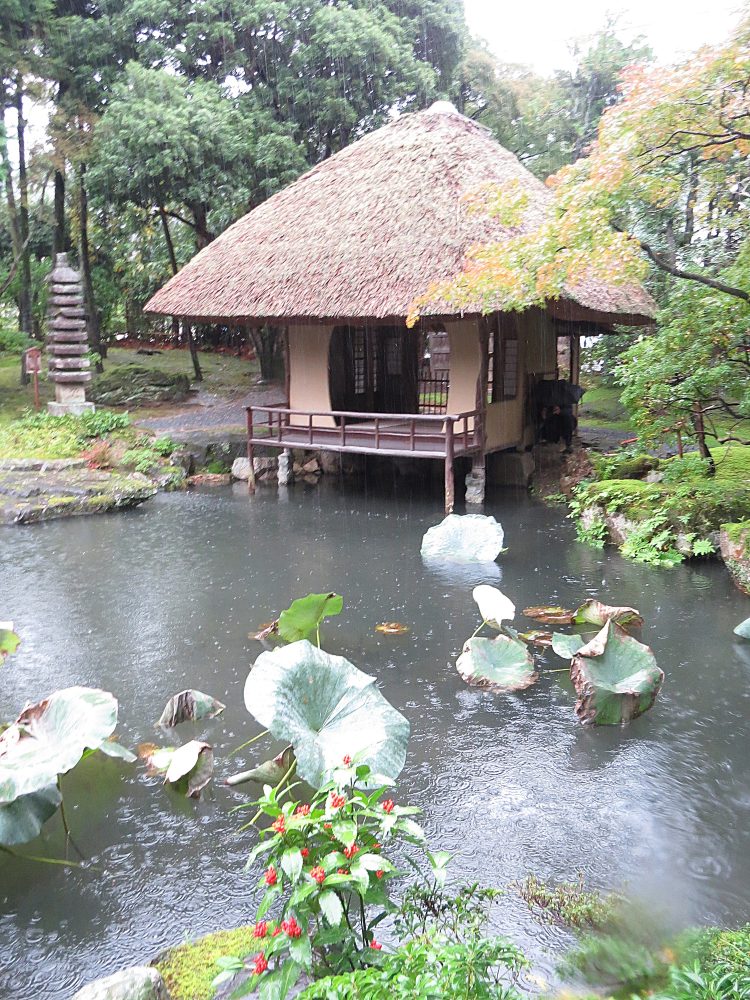 The traditional stroll gardens were usually commissioned by samurai (members of the aristocratic warrior class) for their own enjoyment but also as a discreet show of wealth, prestige, and cultural sophistication. Stroll gardens first became popular around 1600 and there is a great concentration of them in and around Kyoto, at that time capital of Japan.

Underpinned by Zen philosophy and designed as a work of art, the intention was to create a picturesque effect rather than something natural or wild. All was tightly controlled and nothing left to chance. Cultural points of reference included famous landscape features such as Mount Fuji or scenes from Daoist and Buddhist legends that had been immortalised on scrolls and in woodcuts. Stones were strategically placed and chosen for the intrinsic qualities of the rock, or because they were reminiscent of animals or mountains, plants selected as appropriate backdrops for garden features such as lanterns, small stone pagodas or Buddhas, and views hidden until best revealed. 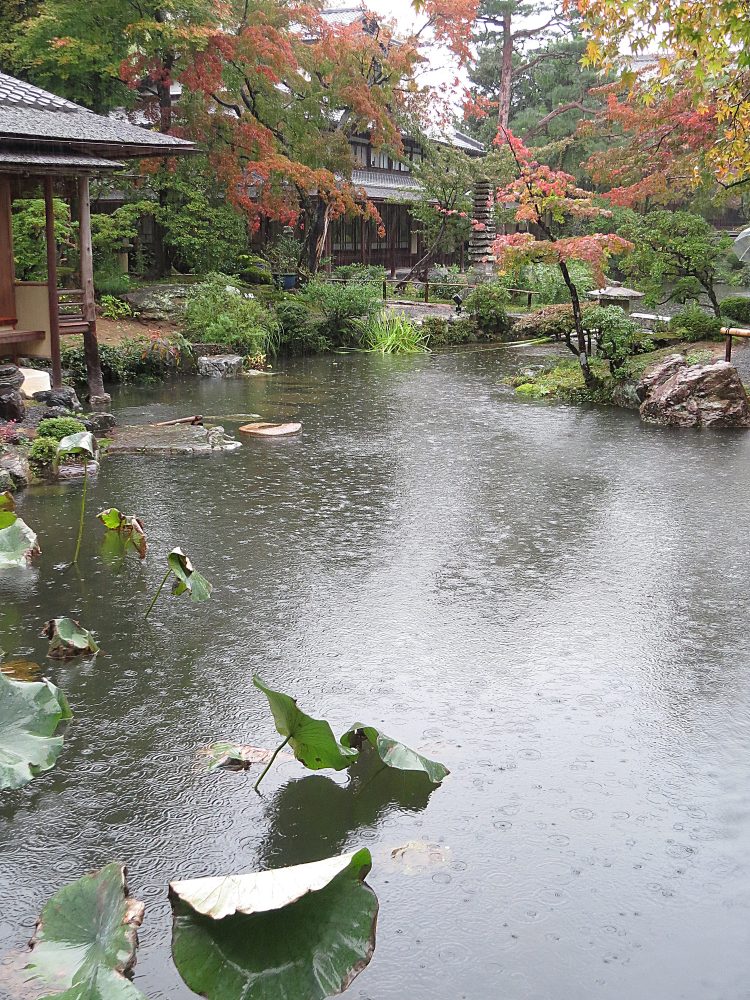 Trees, particularly pines (which represent longevity), were bent over and trained to add picturesque interest whilst older trees were supported on crutches, the more gnarled and contorted, the more highly prized. The delicate tracery of near surface tree roots was often deliberately exposed, with the carpets of moss suggesting antiquity. Although pines were most frequently cloud-pruned, many other shrubs and trees were clipped and trained in the same manner. Originally introduced to reduce the size of the tree canopy to prevent branches being torn off and trees uprooted in typhoons it became a very popular, skilled and sculptural Japanese art form.  Shrubs (especially small-leaved evergreen Kurume azaleas) were clipped as hedges, low domes and long snaking sausages, the interest being in the form rather than the flower colour. 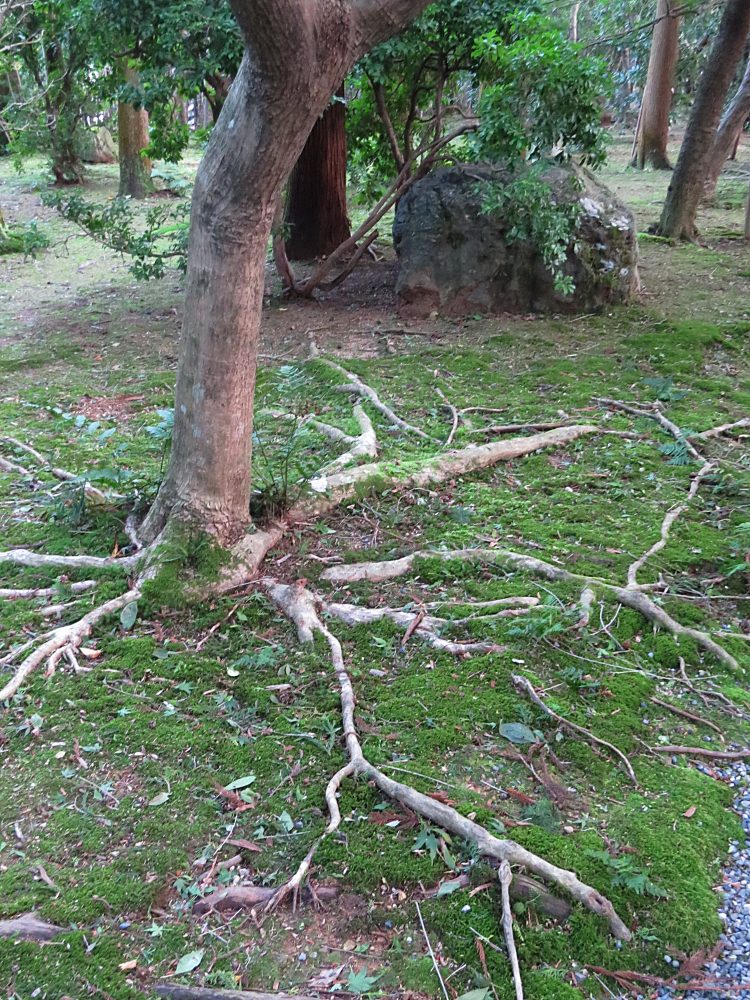 Kansetsu’s 20th century garden at Hakusasonou differs in that use is also made of perennials and unclipped shrubs and trees, which gives the garden a less taut, more relaxed and contemporary feel whilst remaining authentically Japanese in both detail and extensive use of water. The garden also houses an extraordinarily large collection of ancient stone lanterns, stone pagodas and Buddhas.

My visit coincided with the tail end of a typhoon, the still pond becoming very atmospheric in the heavy rain, giving me a new and delightful cultural insight. 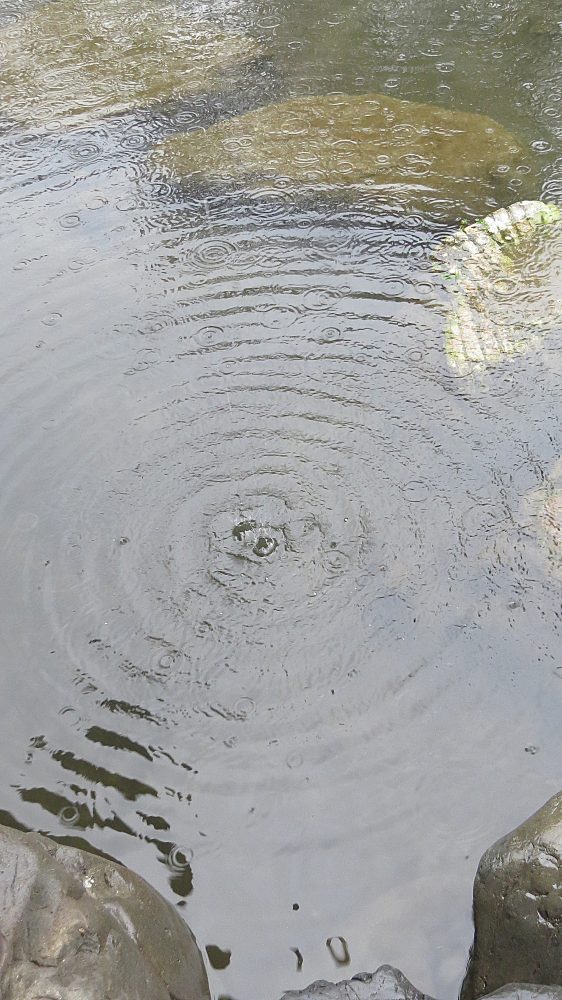 Falling rain has not featured strongly in British art, unlike eruptions of Vesuvius, raging seas and cataclysmic storms in Alpine passes, whereas in Japan it can be found everywhere in woodblock prints and scrolls. Not just falling rain, but different types of rain. It’s surprising that a country like Britain, where the weather is such a major topic of conversation seems to regard rain as a nuisance, rather than something to be drawn, painted and celebrated. 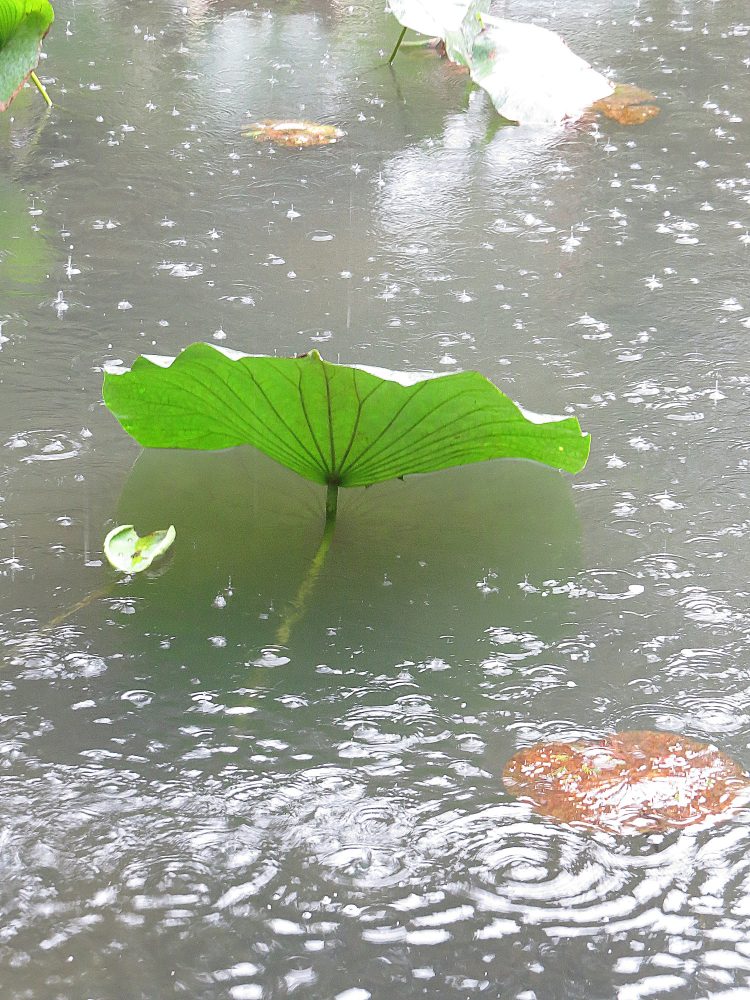 In 1945, when Hashimoto Kansetsu died, family members decided to preserve and maintain the stroll garden, opening an art museum in 1963 to celebrate his work. The garden was designated a National Site of Scenic Beauty in 2008, and the museum rebuilt and extended in 2014.

Although not one of the great classical stroll gardens, Hakusasonou demonstrates that remarkable Japanese talent for assimilating new ideas, creating something engaging, intimate and charming but still part of that great tradition.

The Garden is unsuitable for wheelchairs, prams, strollers and small children.