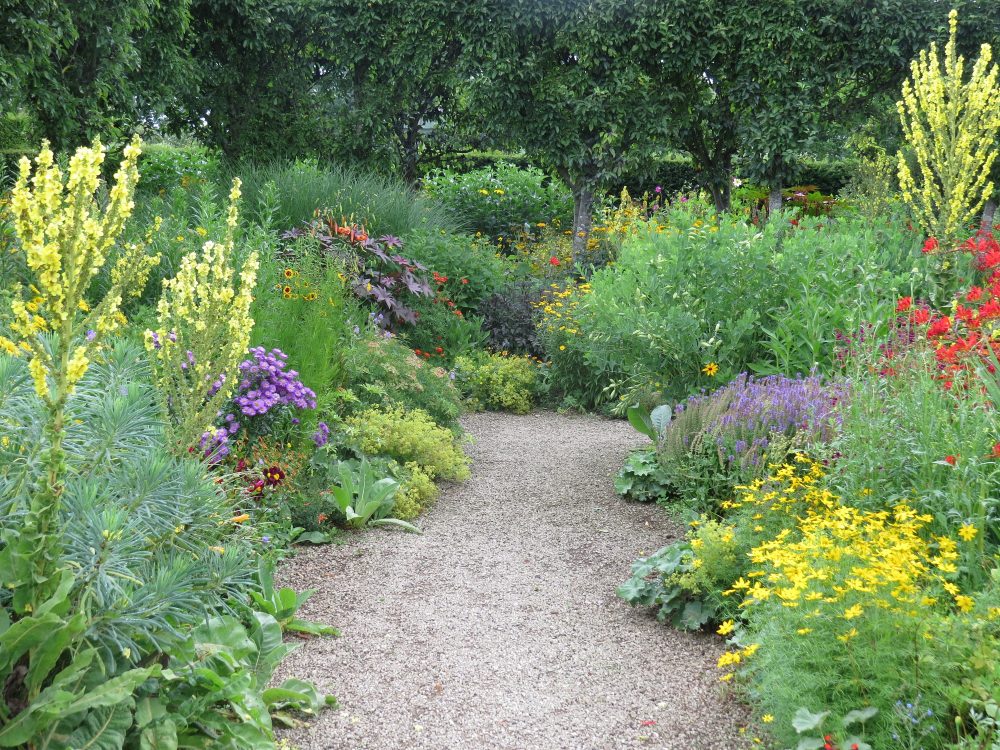 When I started my scribblings about visiting gardens I showed them to a friend who worked for ‘The Independent’. He was kind enough to forward one to a grand doyen of garden writing who gave me a piece of advice that has been my guiding principle ever since – if you haven’t got something original to say don’t bother to write.  Over the years, this has presented me with a problem in writing about many gardens but most notably Loseley Park. 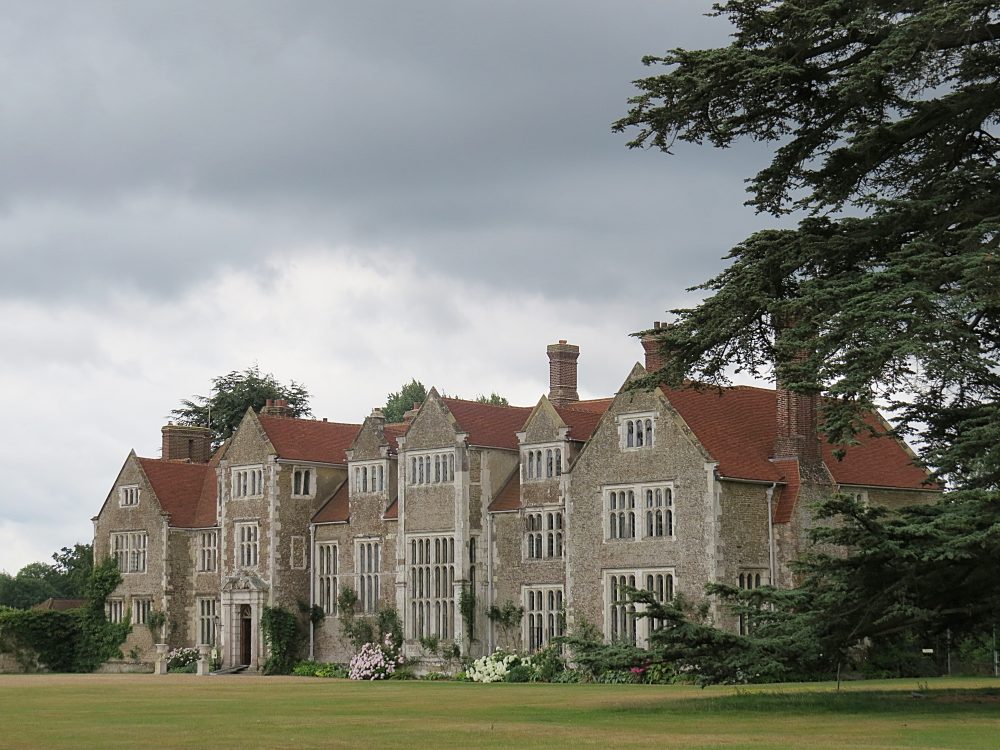 The Park is set in wonderful rolling countryside just three and a half miles south west of Guildford, and the Grade One listed manor house dating from the 1520s is in great condition, with a garden of 2.5 acres (one hectare) enclosed by walls built at the same time as the house. In the early 20th century the garden was laid out to a design by Gertrude Jekyll (who lived close by at Munstead Wood), with large garden rooms, tall yew hedges and formal vistas terminated by urns, bench seats and garden features in the prevailing Arts and Crafts Cottage Garden style. 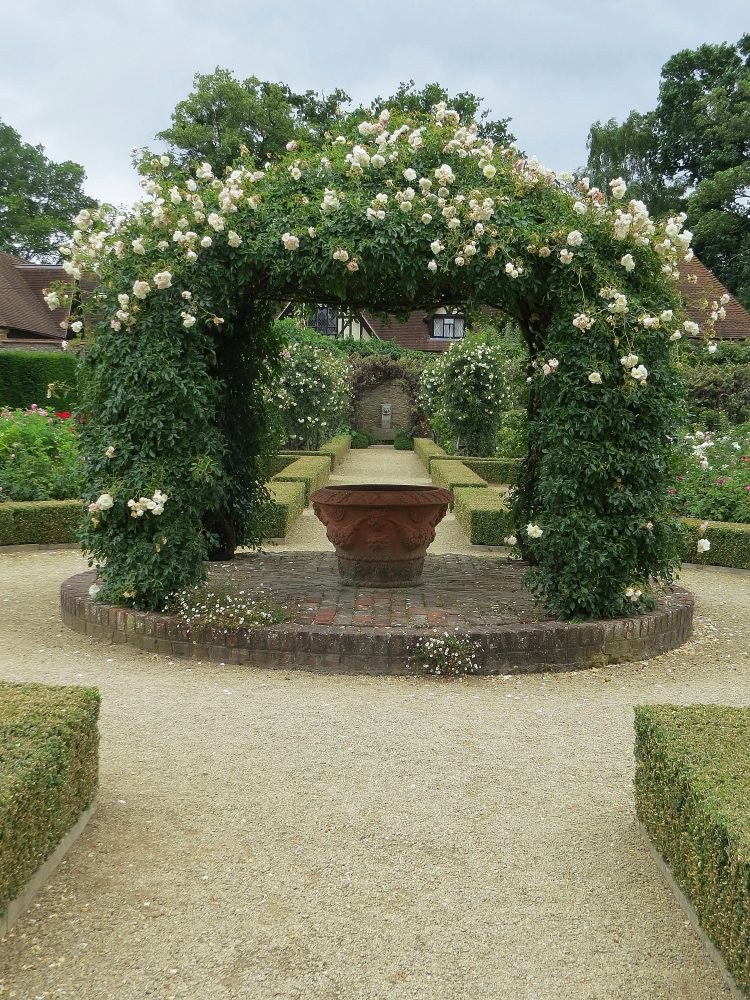 The fortunes of the More-Molyneux family, who have owned the house since it was built, have waxed and waned over the years and in the 1960s they started a dairy products business (best known for Loseley Ice Cream) which proved to be very successful. Some 20 years later they made a very sensible decision to sell this business, and capitalise on their favourable location and setting. The Great Hall of the house, with its intricate oak panelling from Henry VIII’s demolished Nonsuch Palace, the Tithe Barn, Chestnut Lodge and the permanent marquee in the White Garden provide a variety of venues for stylish weddings and corporate events. It was from this time that attention turned to enhancing the gardens. 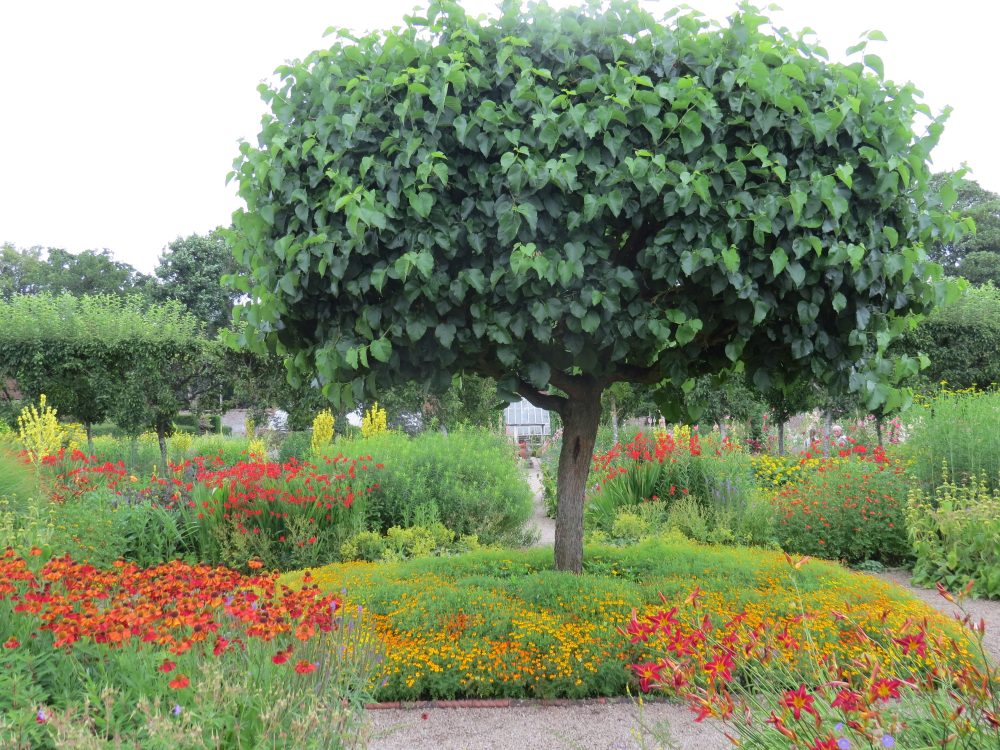 In 1993 the Rose Garden was planted with over 1000 Old English shrub roses, climbers and ramblers set in formal beds with low box hedges. The colours of old fashioned roses seem to blend effortlessly and from mid-June to early July the air is laden with the intoxicating scent; but delightful as this is, it is not enough to warrant writing about Loseley. What has changed is the year-on-year improvement in the perennial planting particularly of the Flower Garden but also the White Garden. 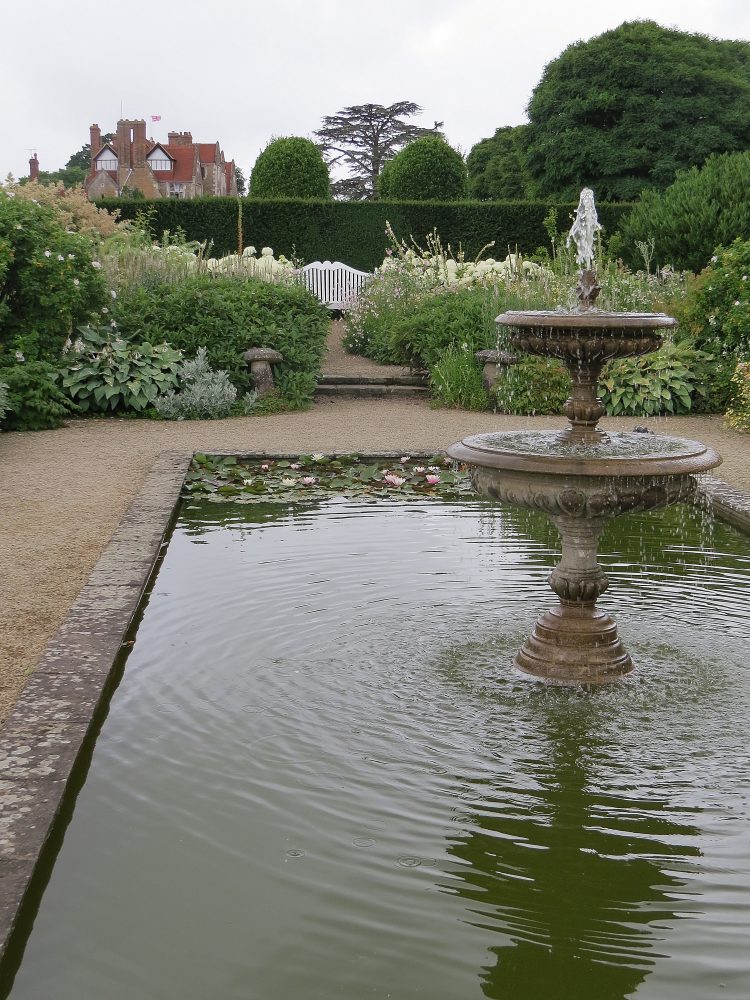 The Flower Garden, of similar size to the Rose Garden, has skilful and stylish drifts of herbaceous perennials, shrubs, annuals and bulbs in predominantly hot colours; fiery reds, dusky oranges, and yellows which informally cascade over the gravel paths. 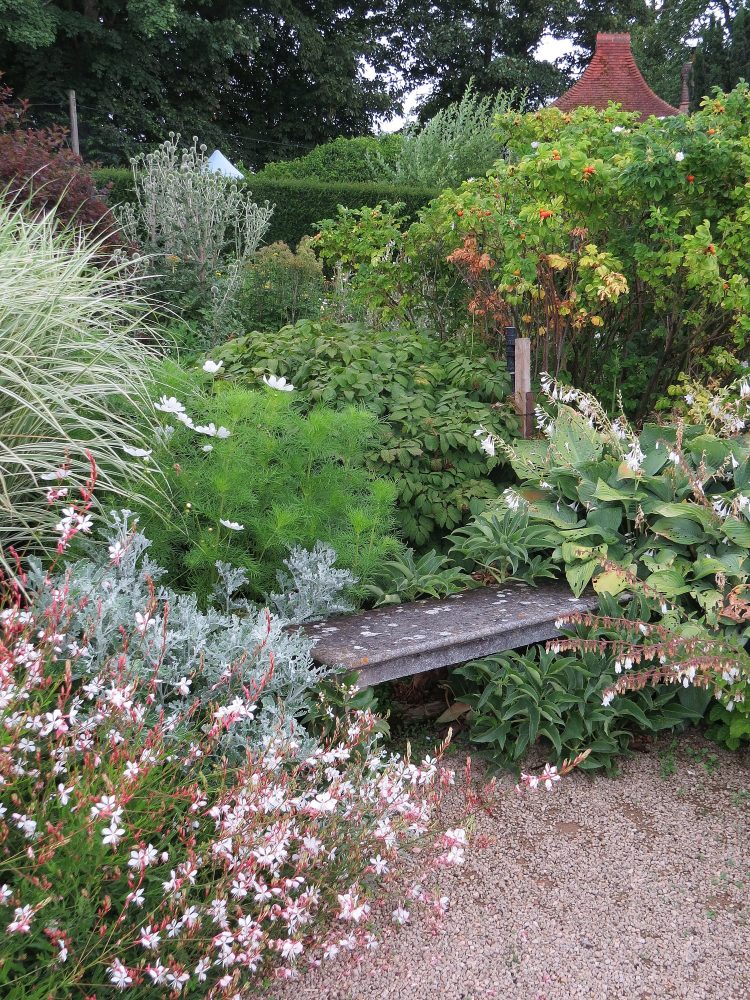 A feature of the gardens at Loseley is the delightful way benches are tucked away against the surrounding walls, almost obscured by the planting. This gives the garden a sense of intimacy and calm, nowhere more so than in the White Garden. The borders are set around a large rectangular pool and the plantings of white and cream flowered perennials, shrubs and silver foliage work well together (except for rather too much blousy Hydrangea ‘Annabelle’ for my taste). 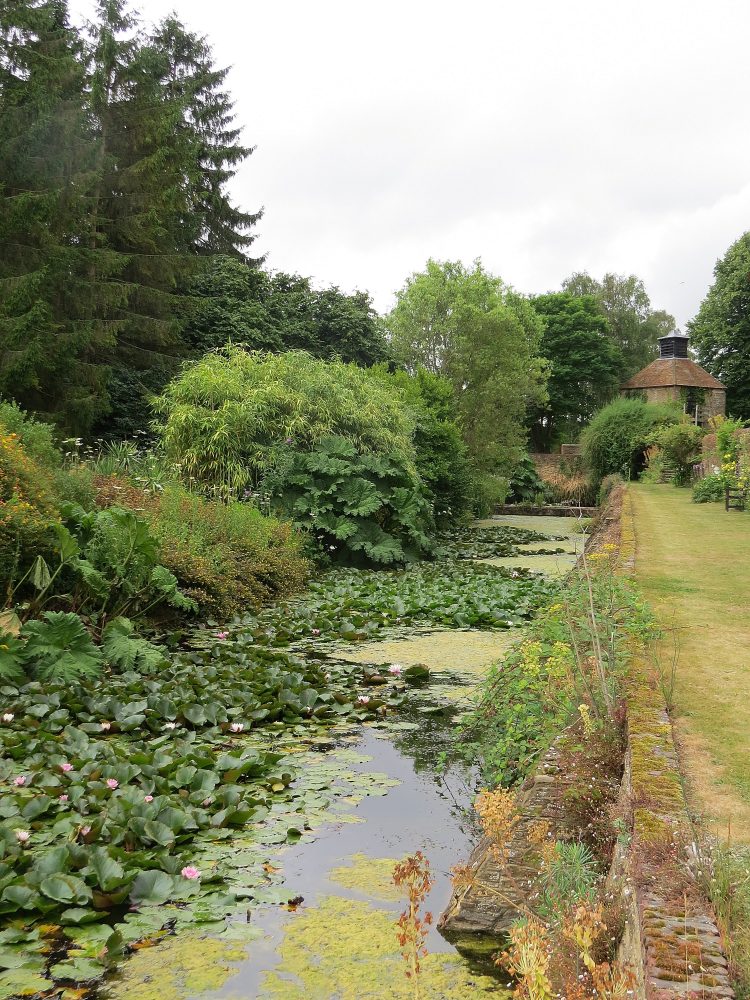 The Moat and Moat Walk

Of equal size is the Organic Vegetable Garden which relies on traditional companion planting, such as marigolds, to discourage pests and add colour; and beyond the garden lies the very attractive Moat where control of the weed seems to be something of an enduring problem.

Loseley is closed on Fridays and Saturdays (mostly for weddings) and the house and gardens have a short opening season from 1 May to 31 July. Despite the large number of garden volunteers, the prevailing sense is that the owners don’t wish to promote the garden to the extent that it might impact on their more profitable venue activities. That said, this stylish and beautifully planted garden does deserve to be more widely known.