Paris has its many grands projects, and although Parc Andre Citroen may be one of the lesser ones, 20 years after its creation it has become a discarded trinket. An international competition, a critically acclaimed brilliant design opening to a barrage of congratulatory media, where did it all go wrong? Few parks can have fallen so swiftly, so far and so fast as Parc Andre Citroen. 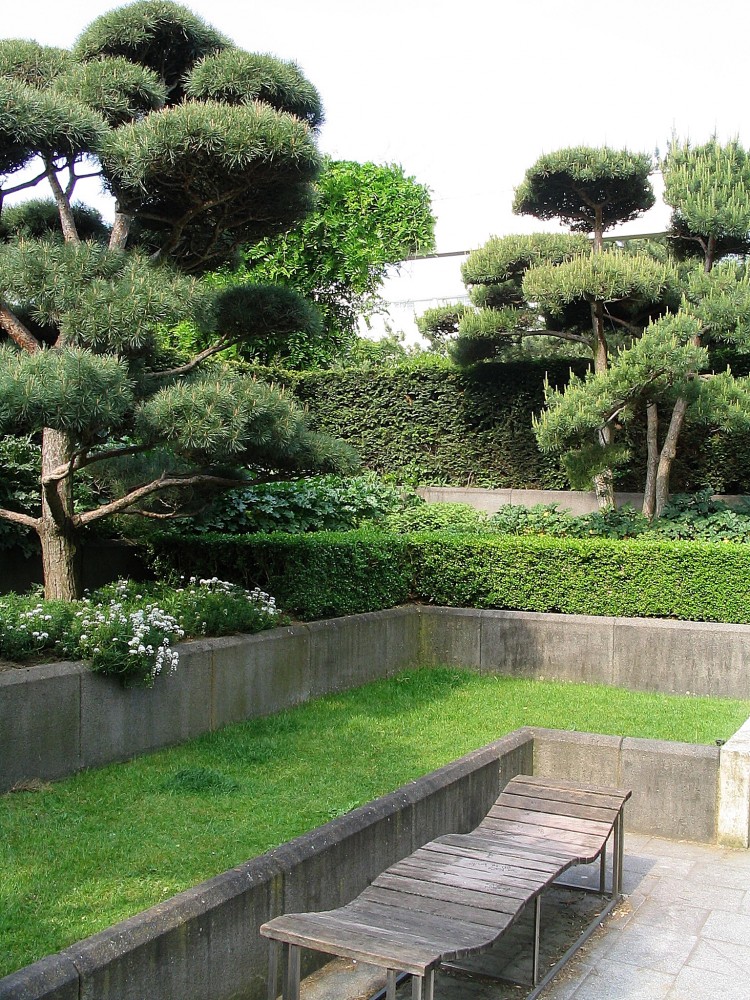 The site, to be found on the left bank of the Seine in the XV arrondisement, became redundant when Citroen decided to re-locate its car manufacturing plant. The Mairie de Paris took the bold decision to create a 32 acre (13 ha) park as the centrepiece to an urban regeneration scheme of apartment buildings and offices. 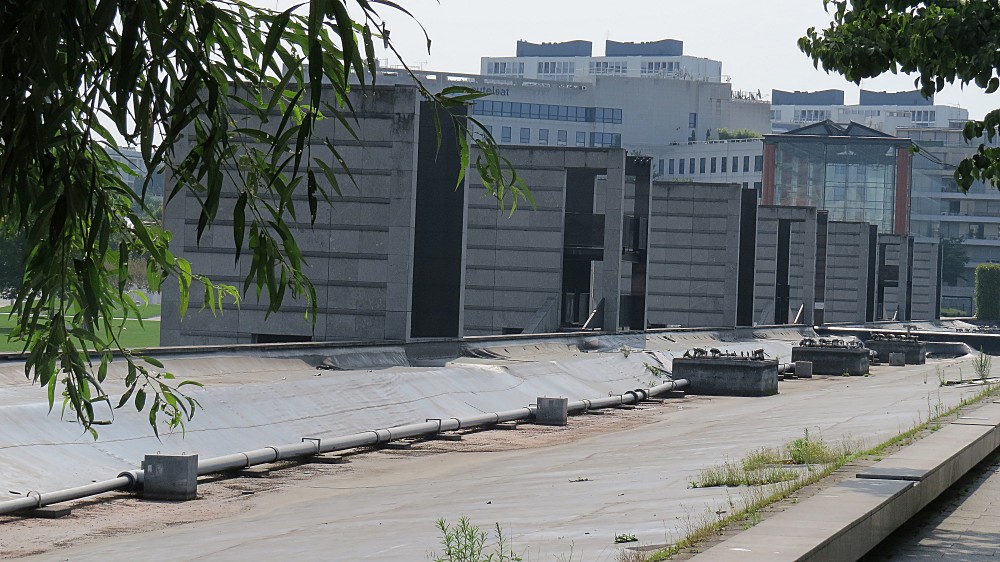 I think that the problems started with the appointment of the competition committee. It lacked members grounded in common sense, and seduced by a very ambitious post-modern scheme based on four guiding principles – artifice, architecture, movement and nature, it lost sight of practical concerns. The most important of these was did the city have the resources needed to fund the ongoing maintenance costs of this hugely ambitious neighbourhood park? 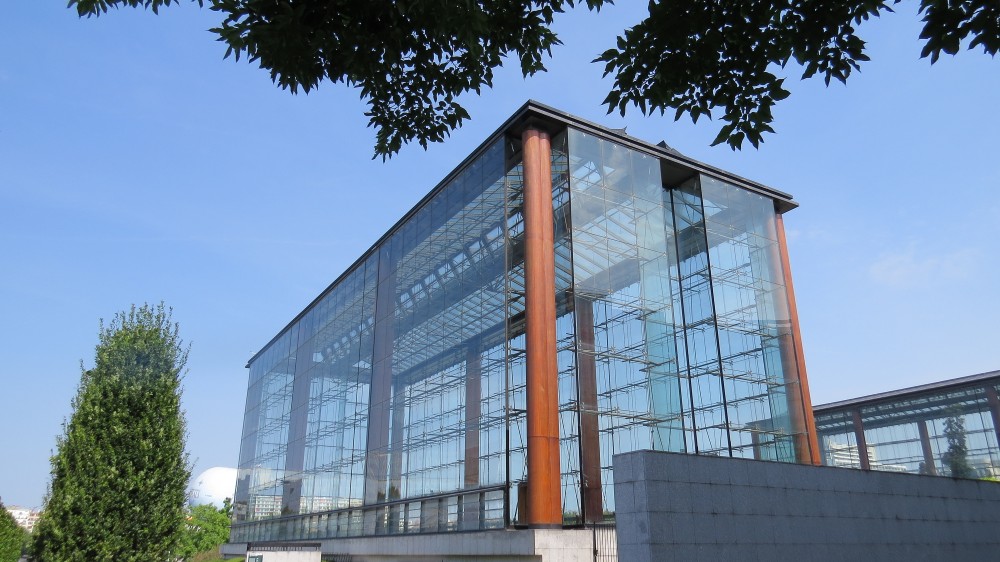 The main part of the park is rectangular, bounded by two quite separate garden areas to the north and south, the Jardin Blanc and the Jardin Noir. It is the latter that I still find appealing because it has great structure. A circuit of intimate gardens like beads on a necklace lie at the lower level, below bridges and promenades and around a central courtyard, and here the scene is set for the rest of the park. Broken parapet copings and cracked concrete wall panels and pavers have not been replaced and the water features including the 35 spouts and surrounding rill to the central courtyard have long been abandoned. 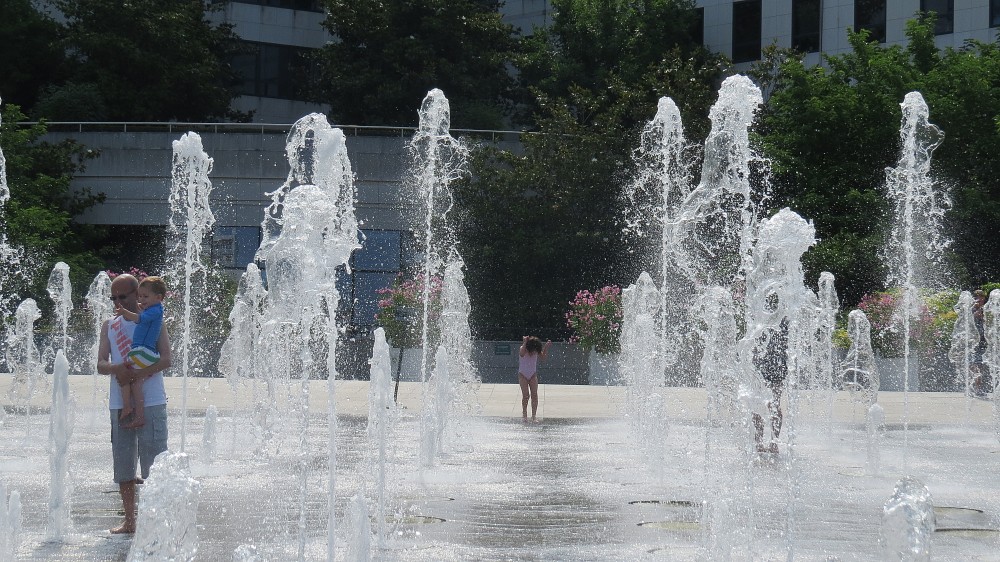 The planting is cerebral and mostly not to my taste, each sunken garden area (cou) having a dominant species of perennial or shrub, such as The Cou d’Acanthus and the Cou d’Astilbe. However my 1997 photograph of the delightful Cou des Pines, taken some four years after the garden opened shows it once had good sharp maintenance. Now everything is weedy, overgrown and depressing. 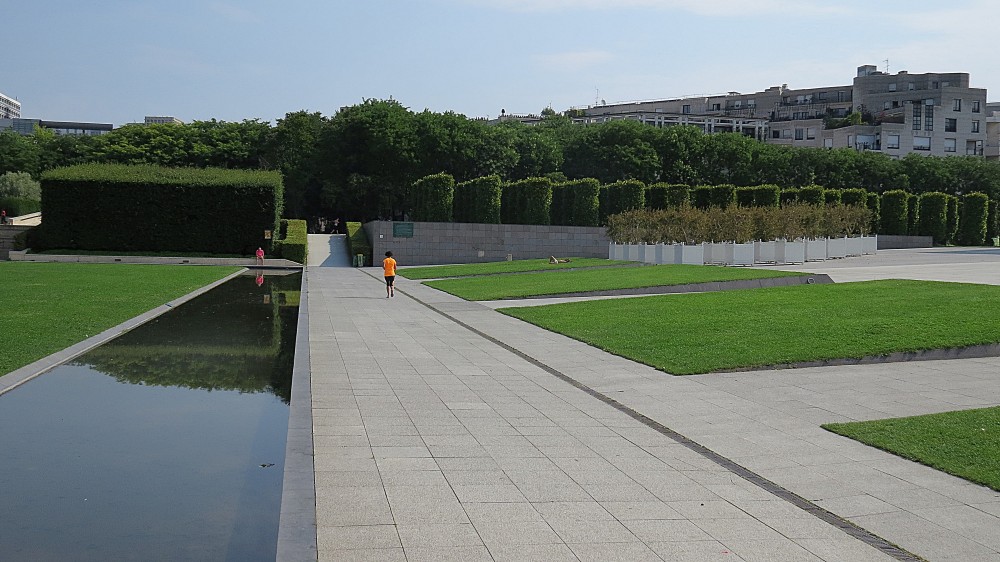 Entering the main park, the scale of its problems becomes immediately apparent. The Grand Canal is a vast long rectangular basin backed by tall factory-like architectural towers. The huge pond liner was torn many years ago, and the Canal is permanently drained and unused. At the far end of the Canal lies a fountain court bounded by two gigantic locked and largely empty glasshouses, but on the hot summer’s day of my most recent visit few things were giving as much delight to both children and adults as splashing around between the jets of cool water, despite the notices forbidding it.

Between the fountains and the river lies the central part of the park, a large flat lawn at lower level, surrounded by a small canal which restricts access. With that exasperating French concern for order this lawn which forms the main feature of the park is closed off from October 15 to April 15. Better to look good than to be useable. 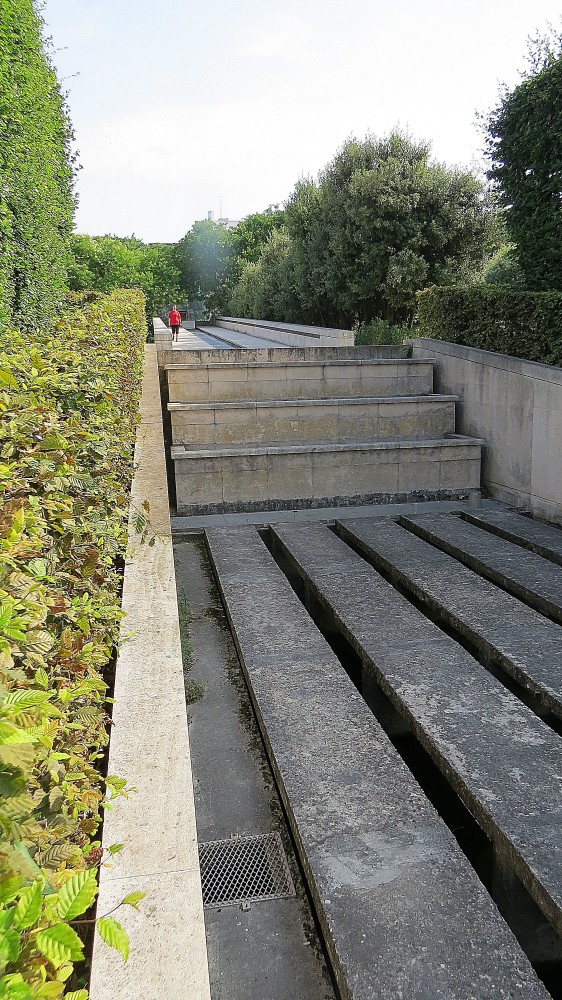 To the east side of this large open space lies a series of small intimate themed gardens hidden behind large stylish hornbeam ramparts. Each rampart is separated by long sloping water chutes, waterfalls and large water basins, all drained and out of order.

Even these small gardens are now in a poor state of repair and closed off by barriers, or in the case of the Jardin de Mouvement (i.e. bamboos) have reverted to urban scrub over-run with bindweed and brambles. One small sunken garden, Jardin Rouge, I particularly like, but like most of the others is meant to be viewed from the promenade or the closed off raised walkway behind, rather than enjoyed at close quarters. 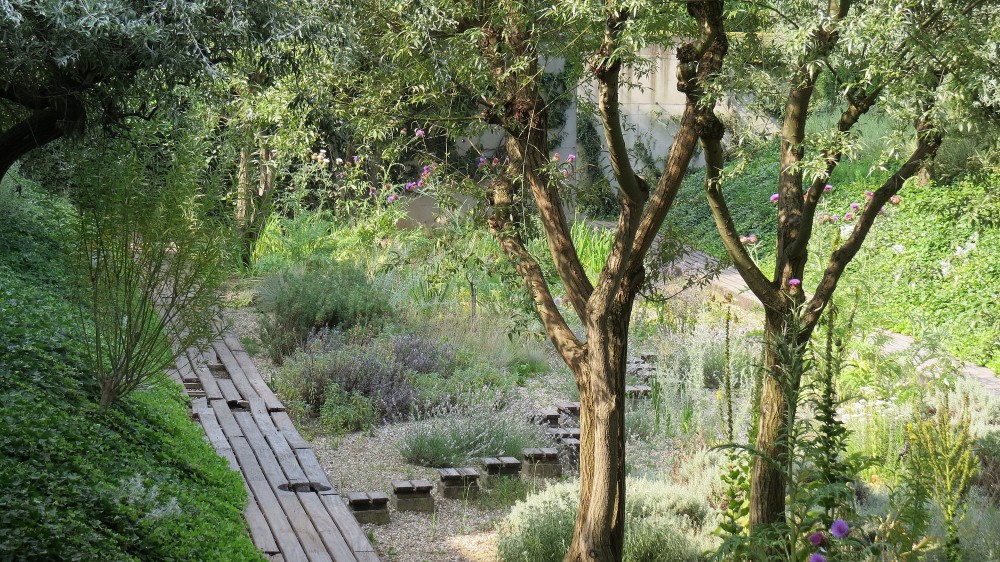 Elsewhere in the park there are good examples of modern planting, such as the sloping box parterre below white-stemmed birches, but again my 1997 shows it in a former pristine state before box blight struck. 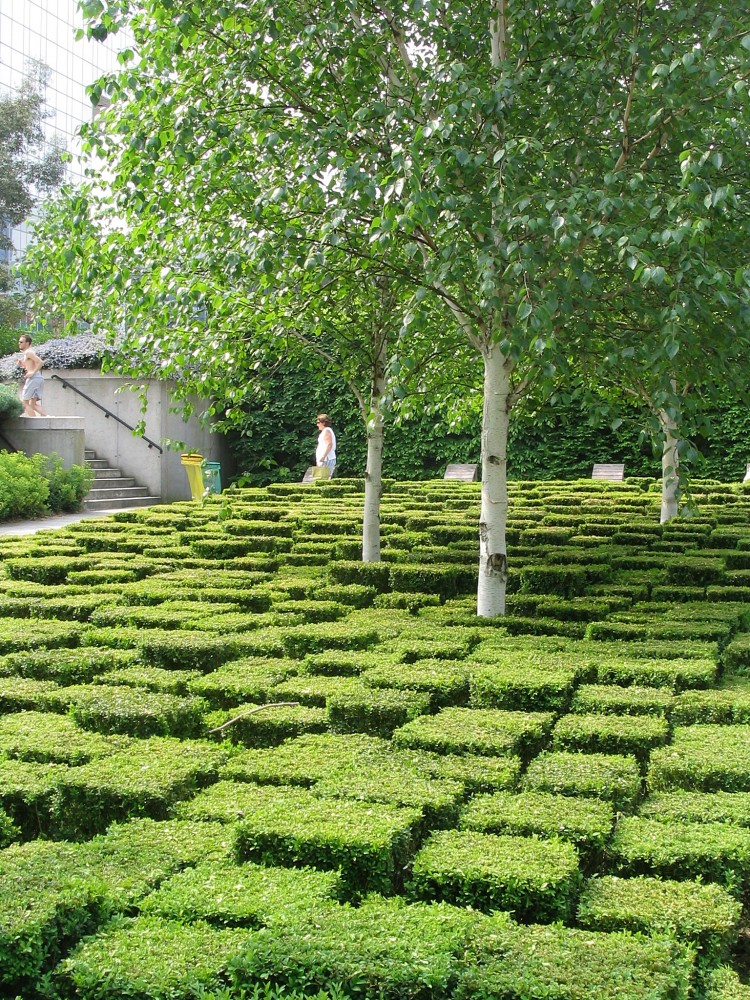 A visit to Parc Citroen leaves me feeling angry with everyone concerned; the committee who chose the scheme, the designers living with their heads in the clouds, and the city for having committed to it but not being prepared to fund it adequately on an on-going basis.

Good design is not some creative flight of fancy, but a skilful and elegant solution to a well-conceived brief. It is time for the Mairie de Paris to face up to reality and decide how best to get itself out of this horrendous mess.