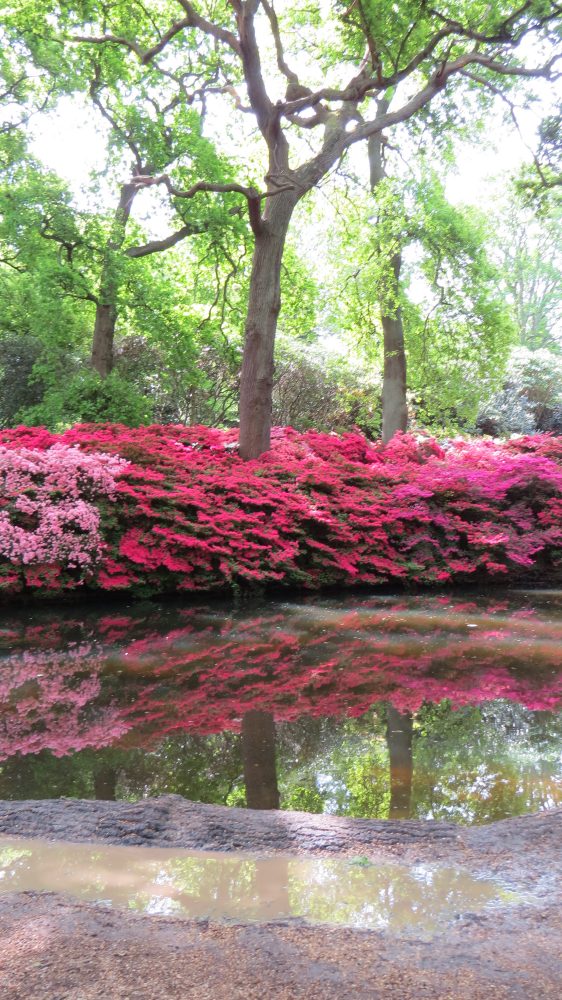 Many would consider Charles I’s great legacy was his fabulous art collection of over 1500 pictures and 500 sculptures, sold off by Oliver Cromwell, and after the Restoration only partially reassembled by Charles II; but for me and many other Londoners his legacy lies elsewhere…………… at Richmond Park. 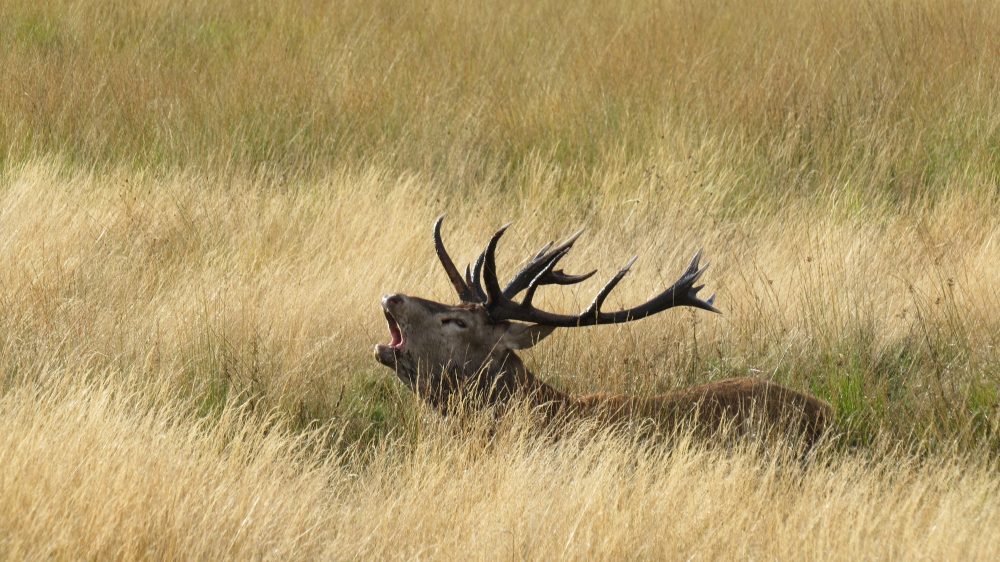 The Manor of Sheen had been in royal hands since the 14th century and it was there by the River Thames that Henry VII decided to build his new palace, to be called Richmond. Used by his successors for hunting, the manor was still an area of medieval farms, pasture and common land when in 1626 Charles I decided to move the court to the palace to avoid an outbreak of plague in London. To the fury of local residents, he enclosed 2500 acres of land inside an eight mile long, high brick wall and introduced 2000 deer. 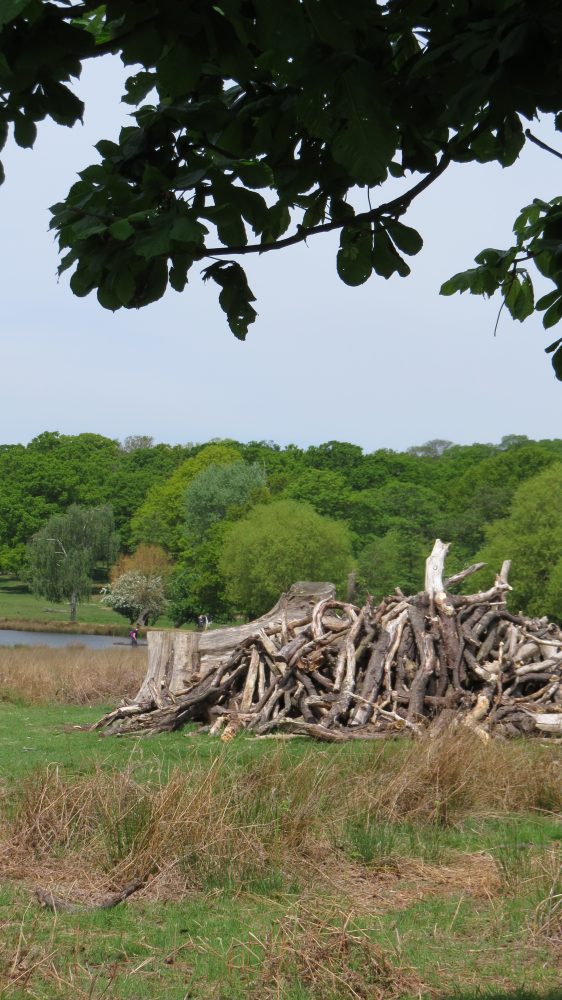 Many of the oak trees in the park were already old when Charles carried out his audacious act, but nearly 400 years of grazing by deer has changed the park into dry acid grassland, and it is now designated as an Area of Special Scientific Interest, also renowned for its skylarks. The large number of decaying trees (especially oaks) support a very wide range of native insects and beetles, and particularly the rare stag horn beetle. Fallen branches and trees are left in place to further encourage wild life. 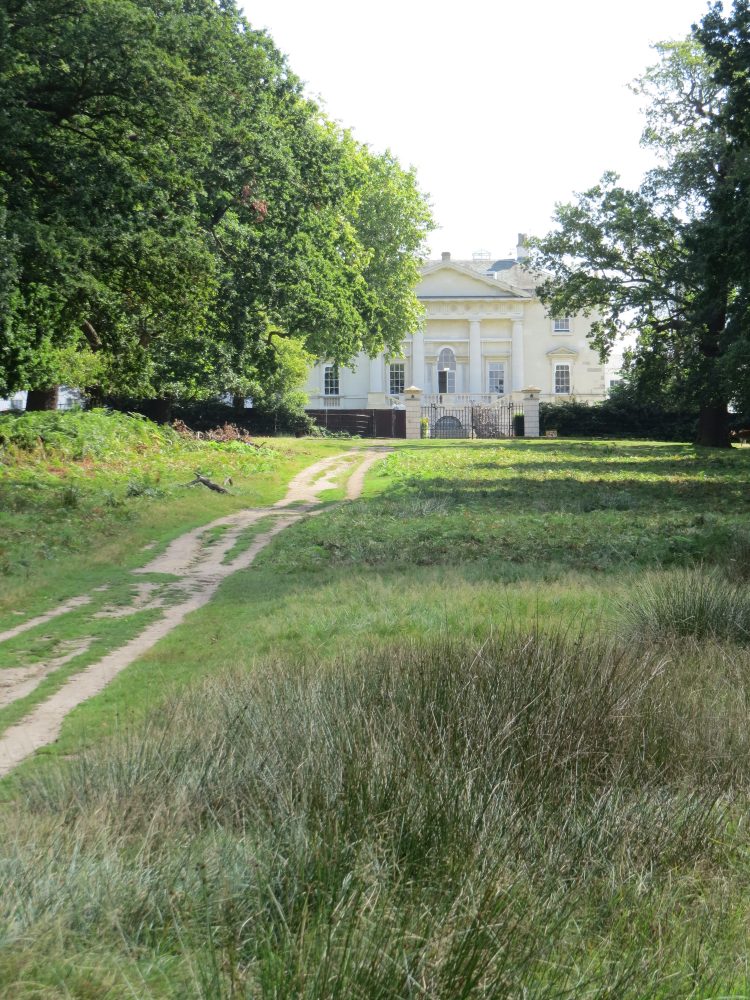 The park was largely unaltered until the 20th century apart from the creation of two planned vistas in the 18th century; one the grand avenue known as the Queen’s Ride leading to George I’s new hunting lodge (White Lodge), and the other from the tree topped King Henry’s Mount, the highest point in the park. This is thought to be a Neolithic burial mound from which Henry VIII reputedly watched the hunting and falconry in the park, and today provides a distant glimpse of St Paul’s Cathedral some 12 miles away, which can be viewed through the thoughtfully provided telescope. 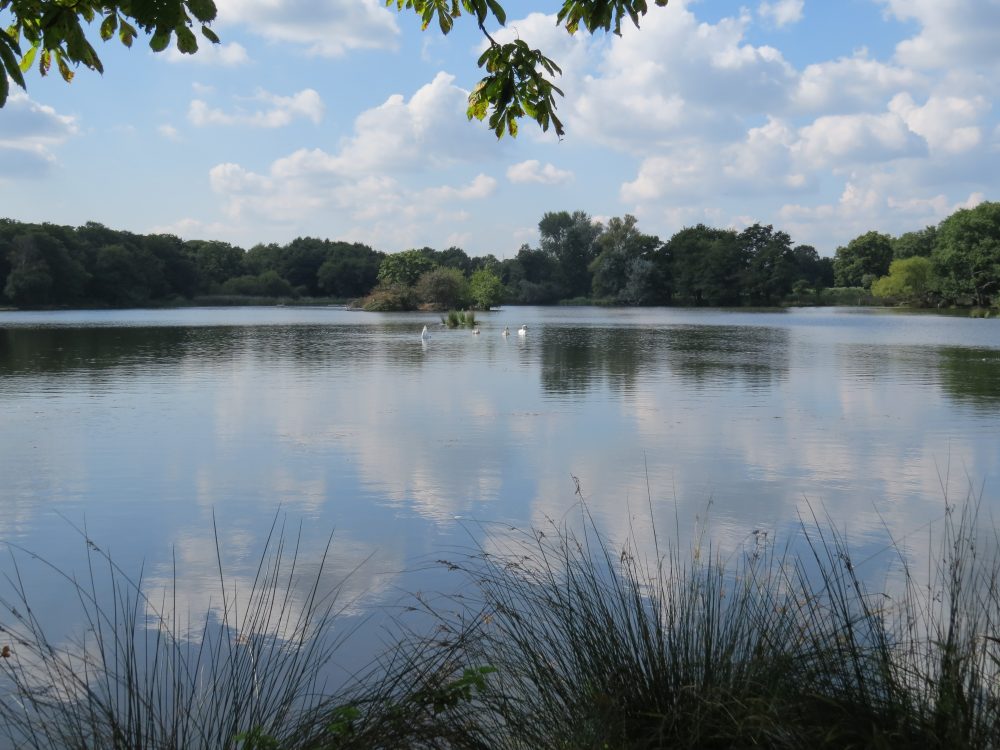 Lancelot ‘Capability’ Brown is known to have modified the landscape at the Old Deer Park in Richmond, at Kew, and from Richmond Hill overlooking Petersham meadows, but there is no documentary evidence of him working at Richmond Park. However, some stands of closely planted beech trees, the presence of his signature cedar of Lebanon, and the islands created in the utilitarian Pen Ponds, suggest there may have been some minor involvement. 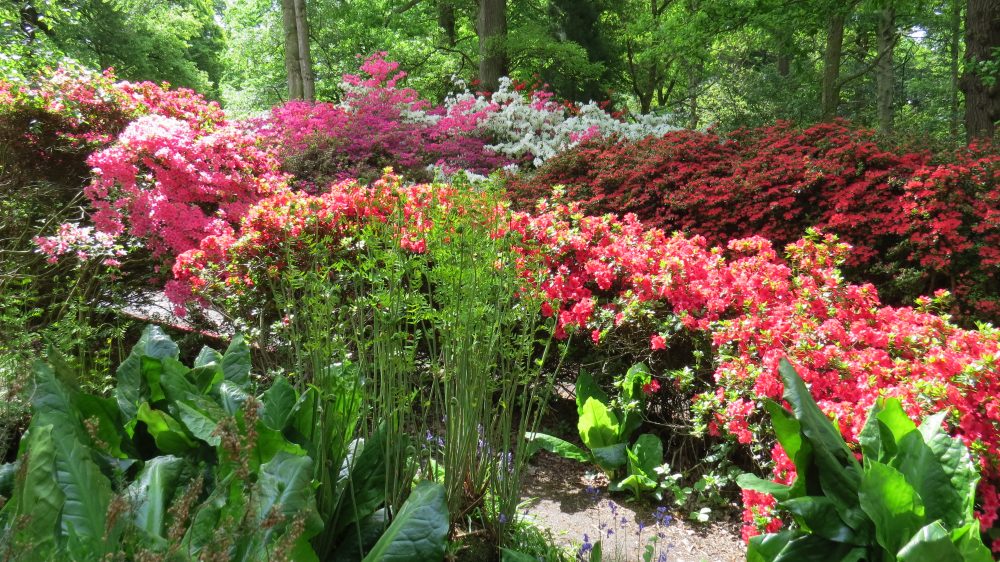 After the Second World War an existing 40 acre hillside plantation of oak, beech and birch known as the Isabella Plantation was turned into a wonderfully tranquil woodland garden underplanted with magnolias, unusual trees and shrubs. Along the banks of its winding, gurgling stream are the National Collection of Kurume evergreen azaleas in their lurid colours of vibrant red, yellow, orange, pink and purple, and which to my mind looking their best when they are still in bud with just a hint of colour. Delightful paths snake alongside the azaleas with small wooden bridges providing glimpses up and down the streams. As the azaleas are finishing flowering in May the Plantation is carpeted with bluebells flowering at the same time as the numerous varieties of azalea luteum with their deliciously heady scents. 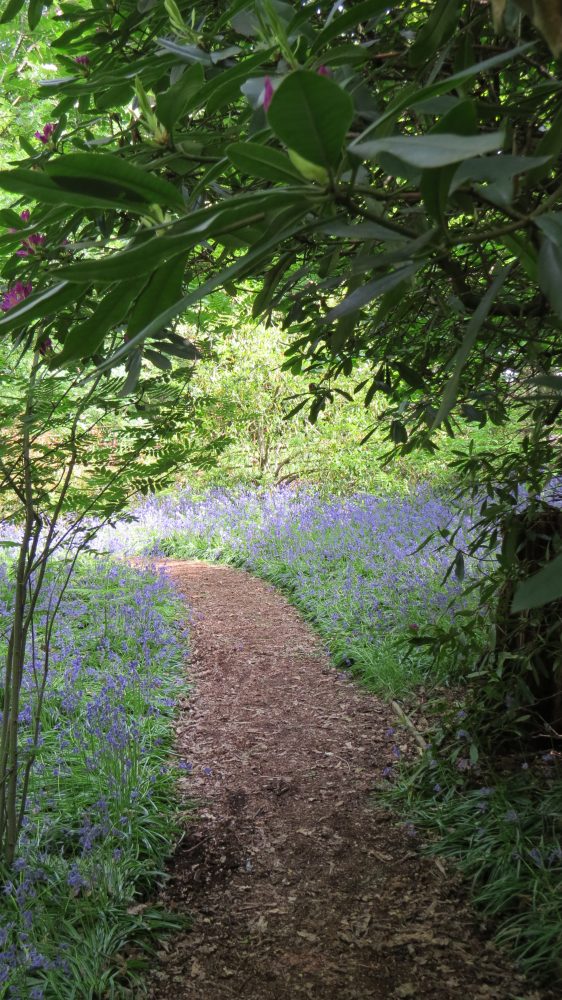 A major series of improvements was carried out to Isabella Plantation in 2013-14 with lottery grants and funding from individuals and a wide range of organisations. This involved draining and desilting ponds and streams and building a boardwalk and reed beds at the enlarged Peg’s Pond. The invasive rhododendron ponticum (toxic to some varieties of bees) was removed and skunk cabbage and royal ferns which were choking the streams severely curtailed. For a couple of years after this work the Plantation looked scarred like a warzone but its appearance has bounced back and candelabra primulas and other natives are much more in evidence. The winding streams and high canopy of trees make the Plantation a delight at any time of year, and it is difficult to believe that you are so close to the centre of London. 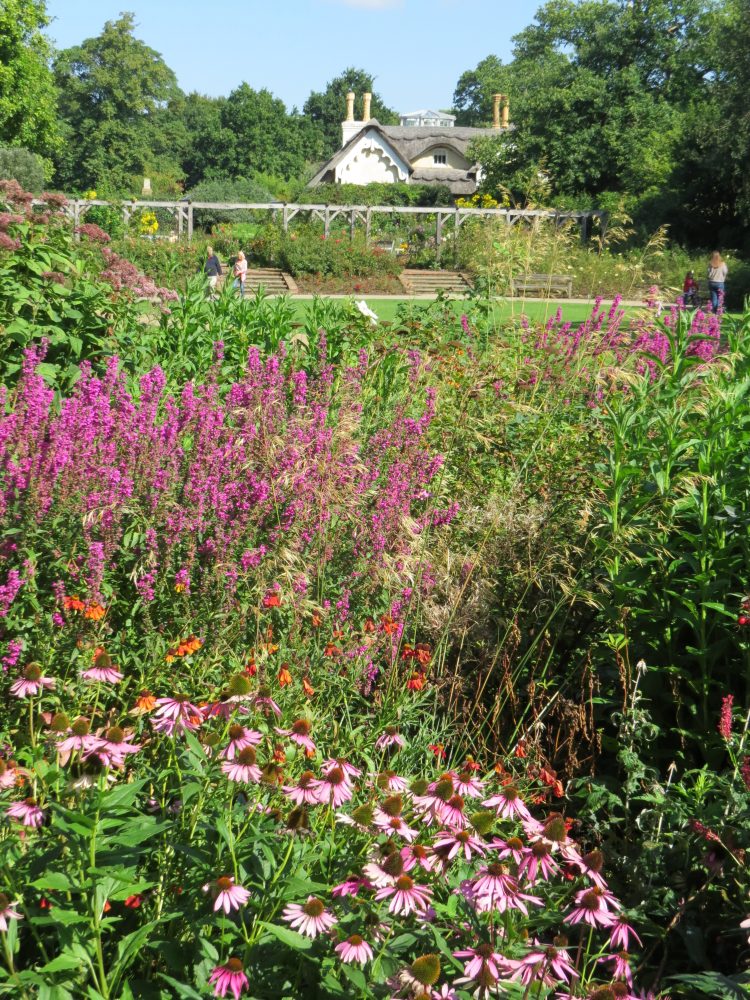 Having known Richmond Park for many years, the gardens of Pembroke Lodge are a recently discovered surprise for me. The Georgian house, extended by Sir John Sloane in the 1780s is now a wedding and conference venue, with a good restaurant open to the public and with breath-taking views across the Thames valley towards Windsor from its terraces. At the entrance to the wisteria-clad Lodge are formal box-edged beds filled with lavender and across the lawns and set against the enclosing high brick wall can be found fine curved borders of perennials. To the north lies a large rose garden with an extensive pergola, more perennial borders and informal beds of unusual annuals; whilst to the south side is the woodland garden with good shade planting to both sides of bark chip paths bordered by logs. 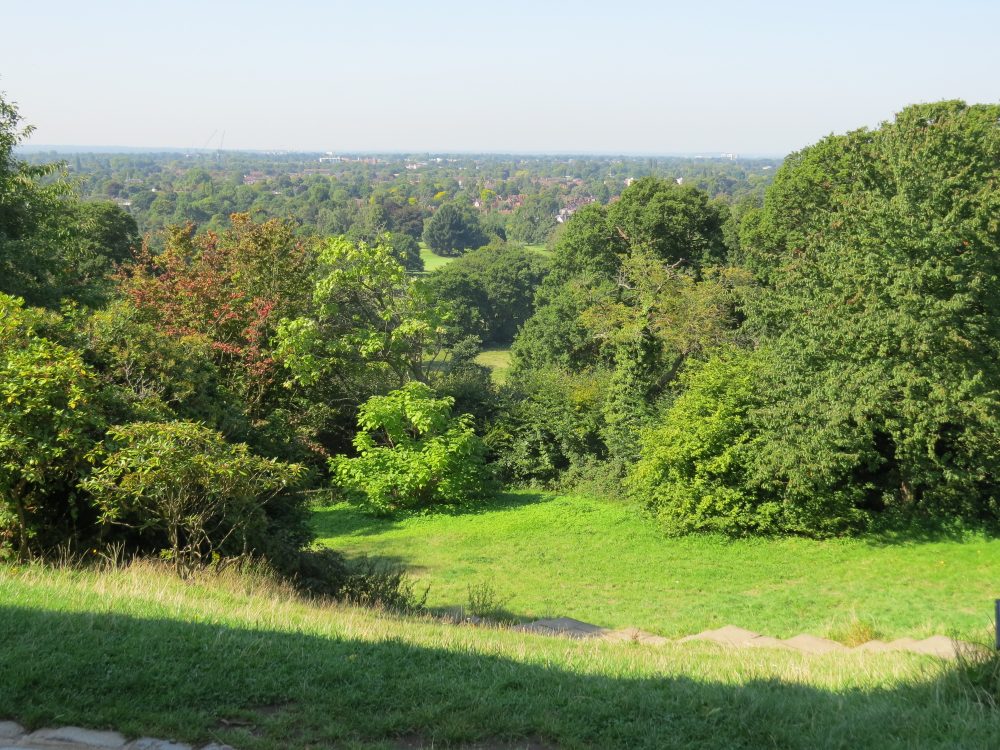 Pembroke Lodge: View from the Terrace

The Park is sufficiently large to accommodate a whole range of activities from the golf course on an area known as the Great Paddock to flying drones on the Flying Field; but it is best known for the fearsome cyclists that race on the road around the periphery of the park, often overtaking cars obeying the 20mph speed limit. The scale of the park gives many areas the illusion of Arcadian countryside without buildings, of distant views of water, sky and trees, something very unusual in London. It is a wonderful place to walk, picnic or just enjoy peace and tranquillity (apart from the occasional screech from a bright green Himalayan parakeet). Garden designers tend to be a bit sniffy about somewhere as popular as Richmond Park, but I and a great number of other people find it a wonderful antidote to city living.