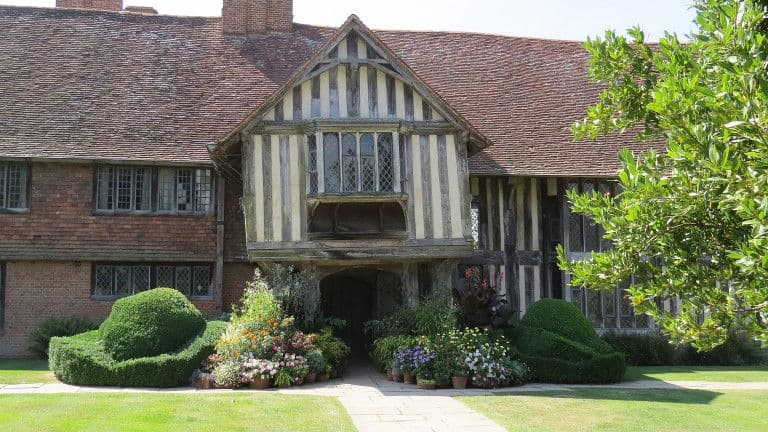 Great Dixter was one of those beautiful Jekyll-inspired gardens when I first visited, a close relative in garden style to neighbouring Sissinghurst, but then in the late 1980s something remarkable happened. Tall stems of sultry yellow verbascum, like an invading army of Goths appeared in the middle of one of the borders ready to ravish the elegant low growing perennials that surrounded them. Other outrages for the refined horticultural establishment quickly followed. Some mischievous elf had dropped a horticultural bomb. 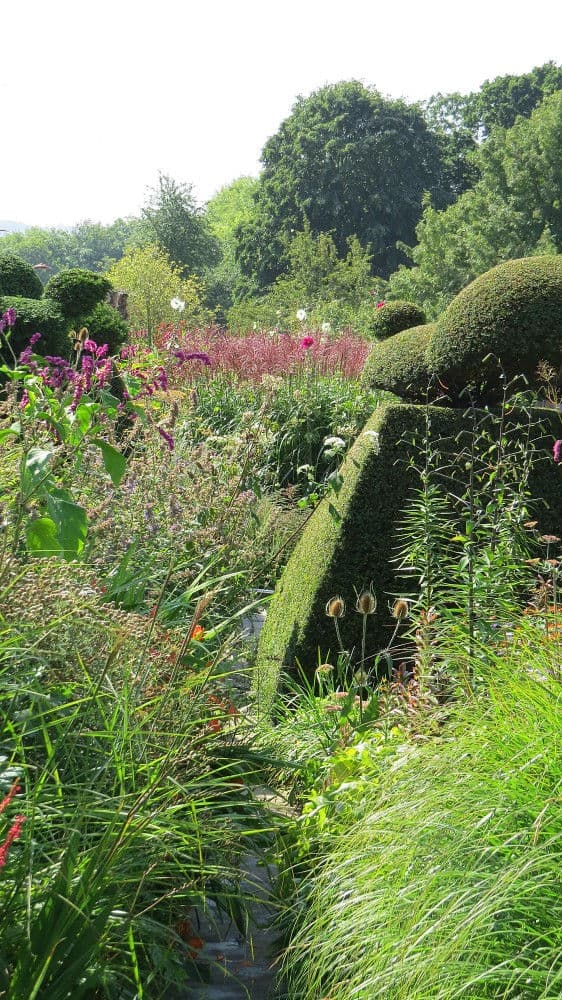 My first thought was that Christopher Lloyd, the charismatic and controversial owner of Great Dixter, despite being a great well-informed horticulturalist had produced a series of terrible plunders. Knowing how each day he walked round the garden making copious notes on how plants were performing, what needed changing at the end of the season, and how the structural forms of plants related to one another this seemed, on reflection, to be very unlikely. I think he had just got tired of the prevailing style of large-scale flower-arranging. He had when de-mobbed from the war gone to Wye College in Kent and studied ‘decorative gardening’ and this influence had now run its full course, his rebellious almost anarchical character had taken control. When the rose garden enclosed by tall hedges was ripped out and superseded by a jungle of exotica such as Japanese banana (Musa bajoo) and giant-leaved Polynesian Elephant Ear (Colocasia), it became clear that something much more adventurous and exciting was afoot……… 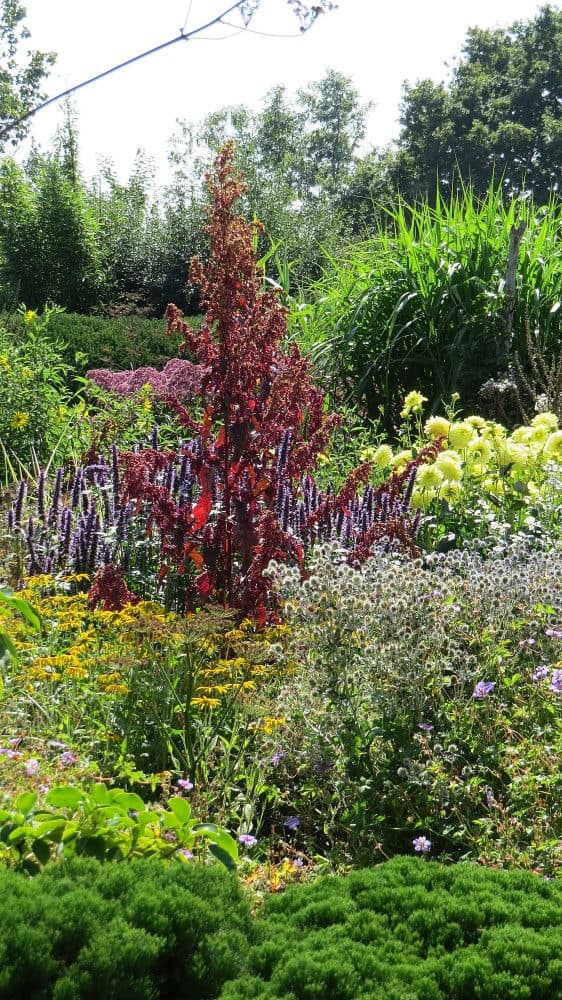 It was Christopher Lloyd’s father Nathaniel Lloyd who had bought the small estate and in 1910 commissioned Lutyens the great Arts-and-Crafts architect to create a comfortable home. The existing mid-15th century farmhouse was stitched together with a 16th century yeoman’s house brought from Benenden, and a sympathetic Lutyens extension was added. With wonderful detailing, the garden buildings were included in the composition and in typical Lutyens style the continuity of detailing spilt out into the garden with its ‘rooms’ and box-edged Jekyll-inspired borders. It was however still a working farm and new cowsheds, dairy, feed store and stock areas were built to the north, away from the house. These now house the education facilities and student gardeners’ accommodation. 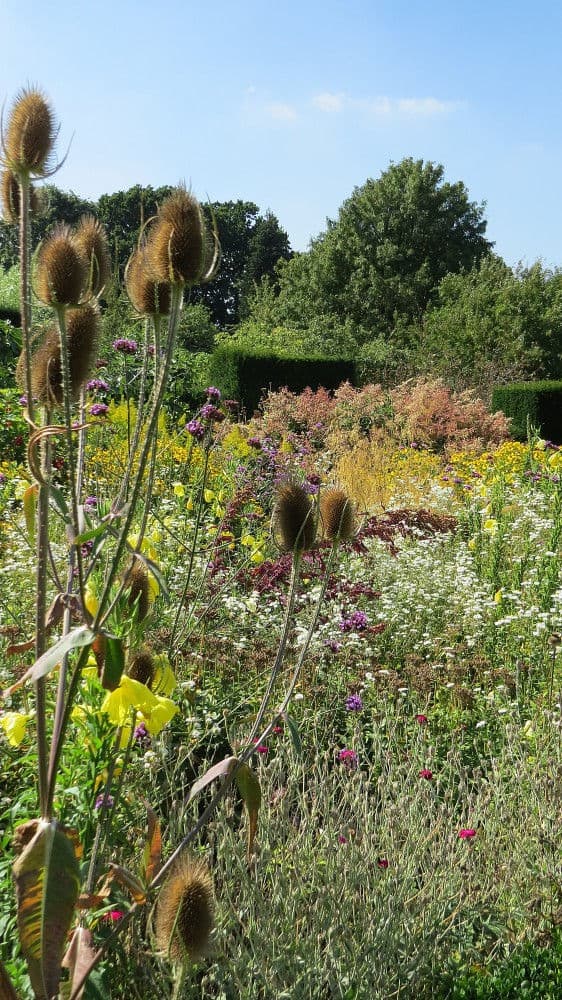 Nathaniel’s wife, the formidable Daisy Lloyd, who took control of the garden planted up borders and meadows and it remained very much her domain until her death in 1972 when Christopher was at last free to experiment and innovate. He had a unique talent for inspiring an audience, or the reader, and shared his life-long enthusiasm for planting and great knowledge in lectures, books, journals and newspaper columns. This popularised his garden at Great Dixter but towards the end of his life he was faced with a dilemma – to let the house be sold and the garden gently fade into obscurity, let the National Trust take over and give it the Sissinghurst treatment, freezing it at a point in time, or choose the much more difficult route of setting up a sufficiently well-endowed charitable trust to continue its increasingly rambunctious way. Typically, he chose the least well-charted route. 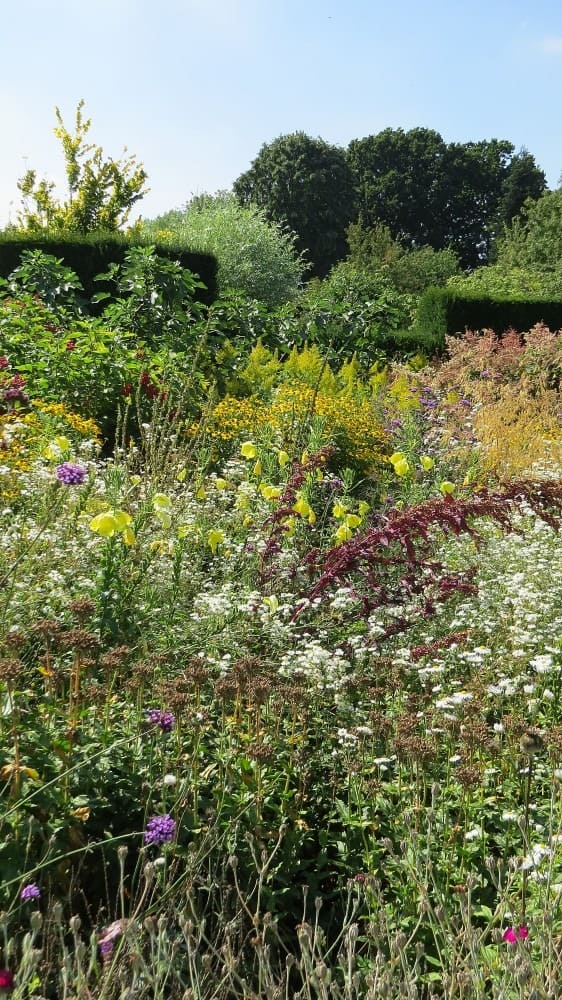 Fortunately, fifteen years before he died he had appointed Fergus Garrett as head gardener, who became his friend and confidante, and whom he mentored in both his meticulous note-taking and his great enthusiasm for succession planting. For Christopher, and subsequently for Fergus, the garden must look its best from early spring until the first frosts and must never look the same, but change from year to year. Here are no well-ordered blocks of planting. The garden billows and towers and self-seeds willy-nilly and almost overwhelms the narrow paths, so that you have the sense that as you brush past the plants and jostle your way through you are a participant in the garden not an observer. This apparent chaos is offset by wild meadow areas and the slightly surrealistic forms of the original yew topiary. The rule book has been torn up and this is a liberating experience that you find in few other gardens. 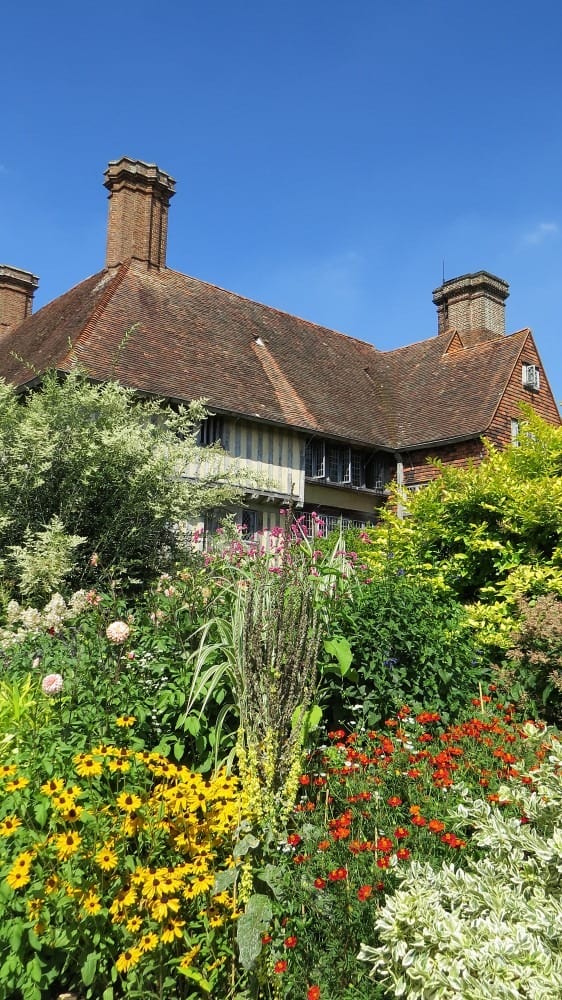 Fergus remains both head gardener and CEO of the charitable trust which has a strong educational bias, and the ethos that Christopher established is passed on to the student gardeners of the next generation. A casual observer may think that the prevailing chaos is a sign of a neglected garden, but the careful note-taking that Christopher instigated and the four full-time gardeners and four students working in this smallish garden are proof that this on-going innovative test bed is as labour-intensive as any Jekyll garden. It was Christopher’s dictum that no bare earth should be visible from late May and the borders, between the shrubs and perennials, are bedded out and replaced repeatedly throughout the season, dahlias being a major feature. 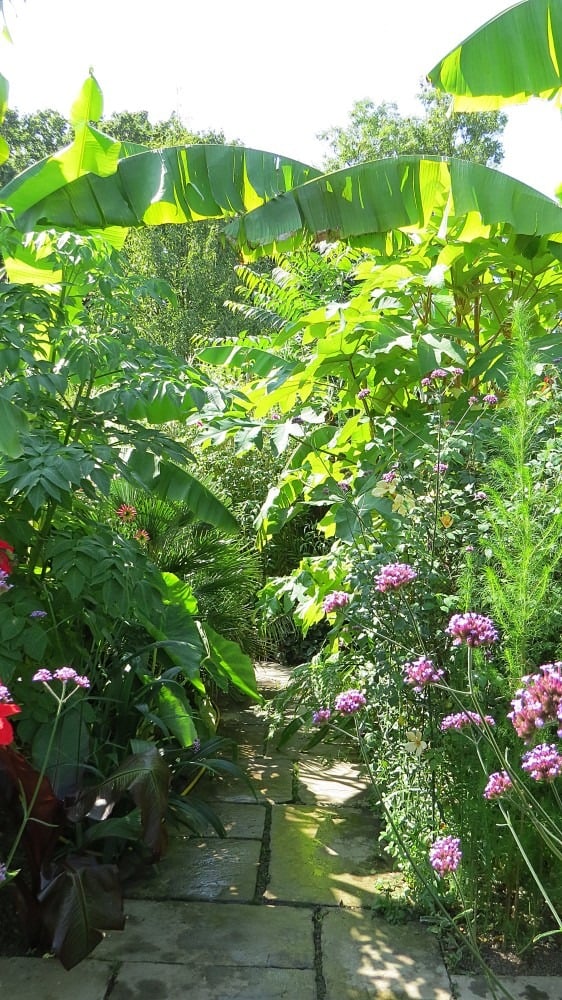 Great Dixter makes almost no concessions to being a public garden or to prevailing taste. It remains Christopher Lloyd’s private garden, open to the public, but is badly signed in the locality, devoid of plant names, with uneven narrow paths slippery when wet, and numerous flights of steps. This is not a garden that is easy for the mobility scooter, wheelchair, push-chair or the partially-abled. There are no special attractions for children and the small shop, plant sales and cafe such as it is (serving only cold snacks) are a token concession to the garden’s fame and success. This approach receives a lot of flack from the garden visiting hordes who expect first and foremost to be comfortably catered for, but if you know this beforehand you are not disappointed. 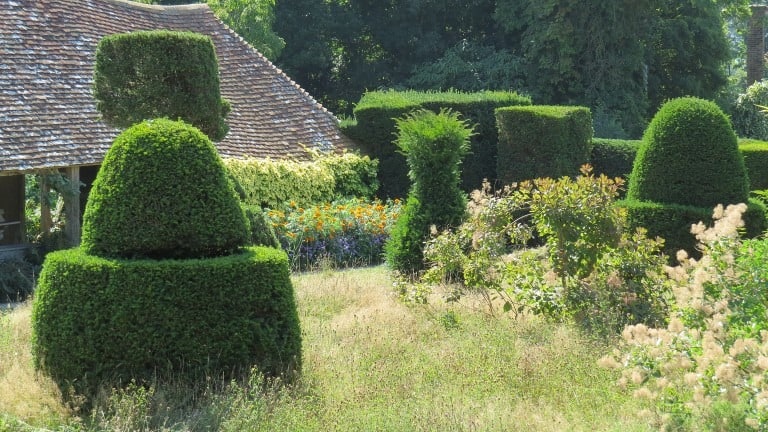 Fergus said of Christopher that ‘he was out of control, in the most wonderful way’ and this spirit still pervades Great Dixter and makes it such a unique garden experience. Fergus is his worthy successor. Even after 40 years it is a garden that points to a promising future for British gardening.