What a tantalising thought. Putting together the two greatest masters of landscape in a single garden; but Andre Le Notre met his maker in 1700 sixteen years before Lancelot Capability Brown was even born. However this novel idea comes closest to realisation at Blenheim Palace where Brown’s greatest landscape was modified in the early 20th century with the addition of a water parterre built in the style of Le Notre. 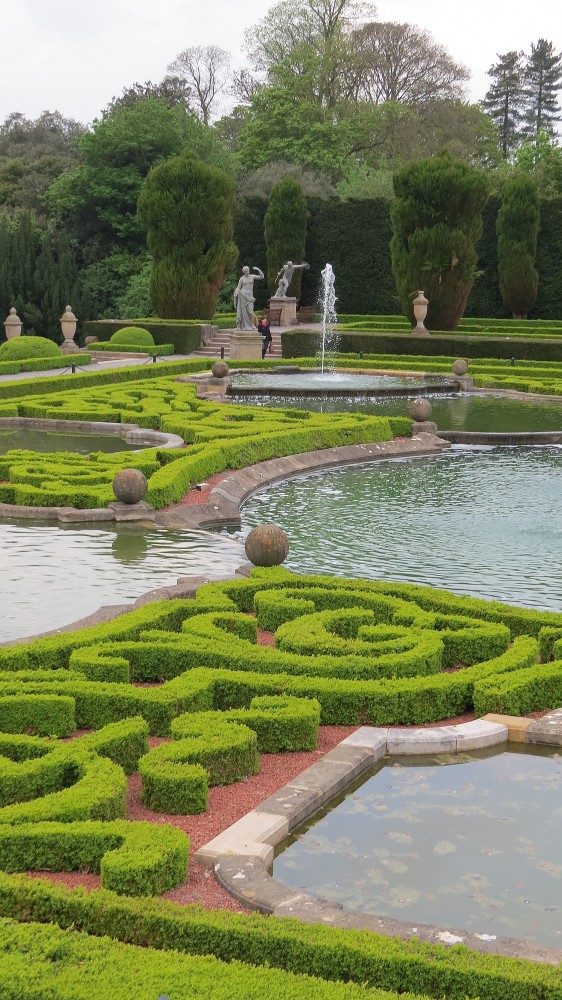 Achille Duchene is not a name that often rolls off the tongue in England, but this famous French designer built and restored over 6000 gardens, mostly in France and mostly in the style of Le Notre including one of the greatest, Vaux de Vicomte. Blenheim was his only significant project in England. Built between 1925 and1930, the juxtaposition of the palace and the two levels of the Water Terraces opening up on to Brown’s lake landscape is a breathtakingly good piece of design. 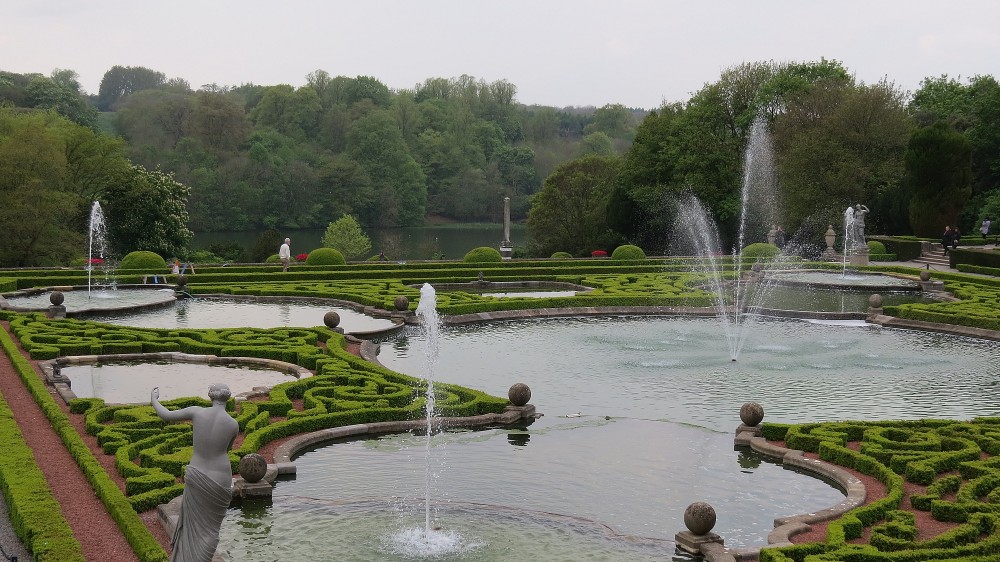 That said, Duchene didn’t get it all his own way, the 9th Duke of Marlborough, his client, insisted that the number of fountains be substantially reduced and counterbalanced with pools of still water. This makes the transition to the Brown landscape more subdued than it might otherwise have been, and to my mind works even better. 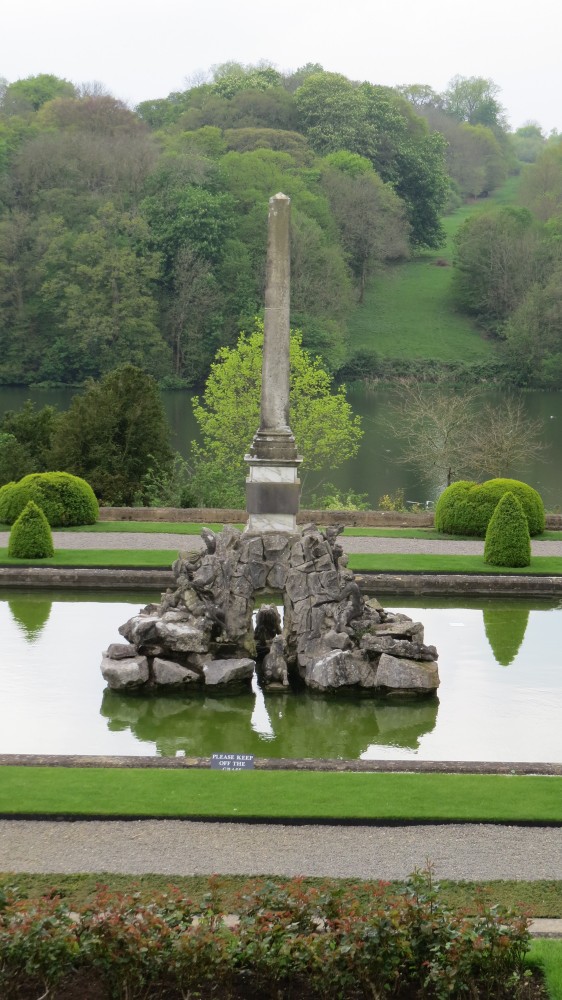 I have to confess that I greatly admire the way Capability Brown’s landscapes come right up to the steps of the house without intervening parterres, (as they still do on the South Front of Blenheim). The startling contrast between state rooms stuffed with treasures and a tranquil landscape of grass, water and trees never fails to excite me. 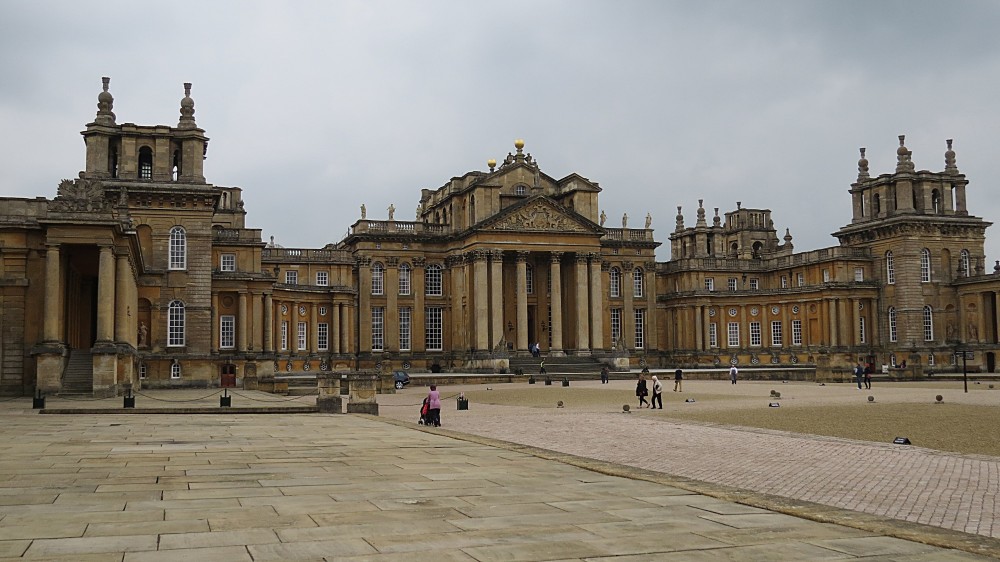 However, the Victorians and Edwardians to their shame had more florid tastes than Brown’s refined 18th century clients, putting back dull parterres carpet-bedded in garish annuals, destroying the relationship between the park and grand house. Blenheim’s Water Terraces are a fabulous exception.

Blenheim, or rather the manor of Woodstock, had been the gift of Queen Anne and a grateful nation to John Churchill, created Duke of Marlborough for defeating the armies of Louis XIV at the small Belgian village of Blindheim. Wishing to build a suitable rival to Versailles, the Duke chose John Vanburgh, flush from the sensational success of creating Castle Howard. Built in an eclectic and monumental style that bore no relationship to despised French classicism, Blenheim has a vitality and interest lacking in many other grand Baroque houses. 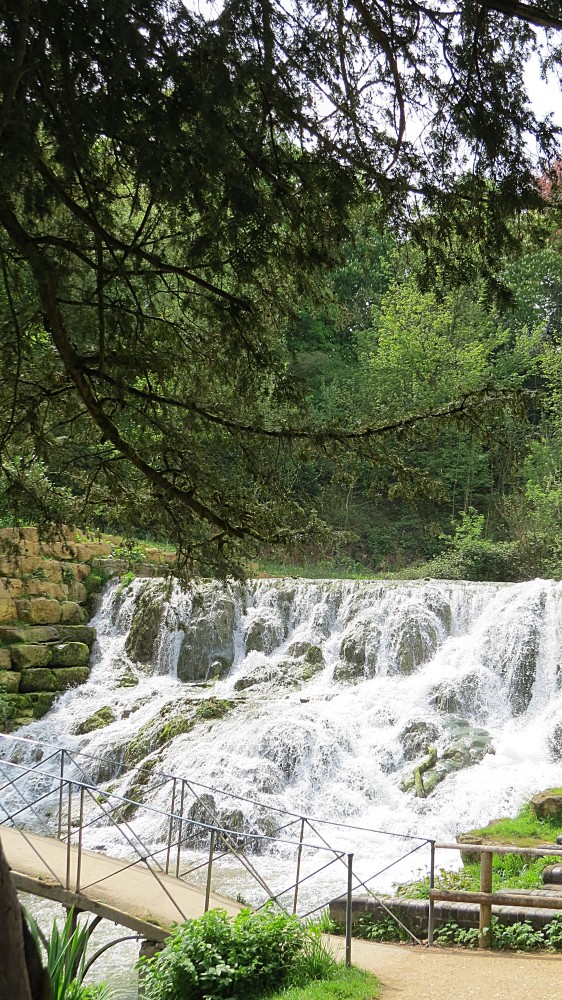 Around Blenheim Palace, vast formal parterres of commensurate scale to the palace were built with high walls and military bastions (reputedly large enough to fortify a small town). But Vanbrugh and his reputation were to come to grief on the enormous bridge, more like a Roman aquaduct, that he started to build over the tiny River Glyme. Reputed to have 33 rooms, it was widely ridiculed, and the Duchess now his sworn enemy referred to it as ’that damn’d bridge’. Vanburgh was dismissed and subsequently turned back when attempting to enter Blenheim’s park. 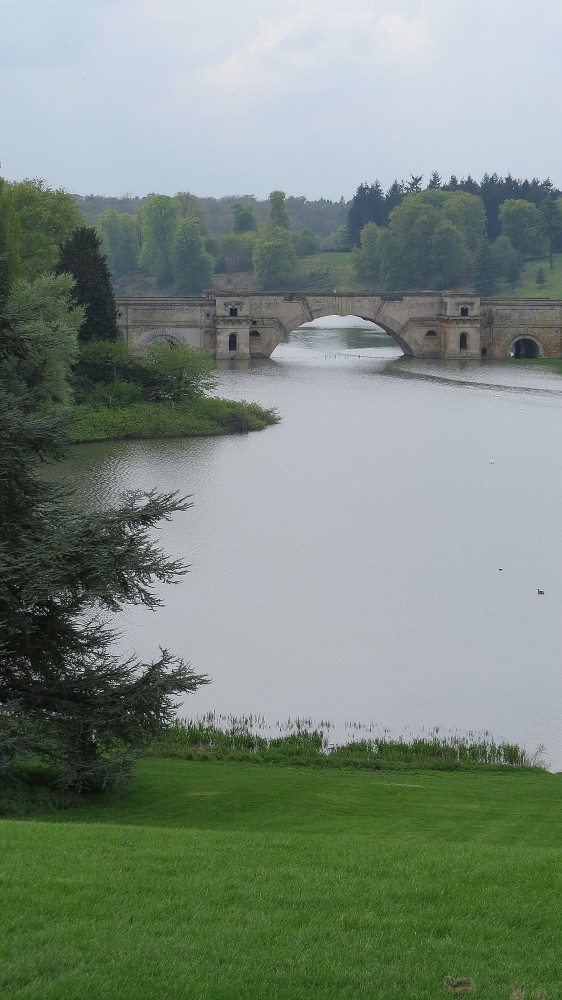 By the 1760s Blenheim’s formal parterres looked dated and Vanbrugh’s incomplete bridge was still set in an unremarkable and unsatisfactory landscape. As the greatest landscape designer of his day, Capability Brown was appointed by the 4th Duke to create an idealised English landscape. He swept away the giant parterres of Vanbrugh’s palace, and brought the grass up to the windows, as in so many of his other grand commissions.

The site had limited merits and re-contouring of the park was a mammoth nine-year project, planting stands of beech to accentuate the height of slopes, Cedars of Lebanon to create features and a 50 metre wide belt of trees around the perimeter of the park to suggest it was a mere clearing in limitless woodland. 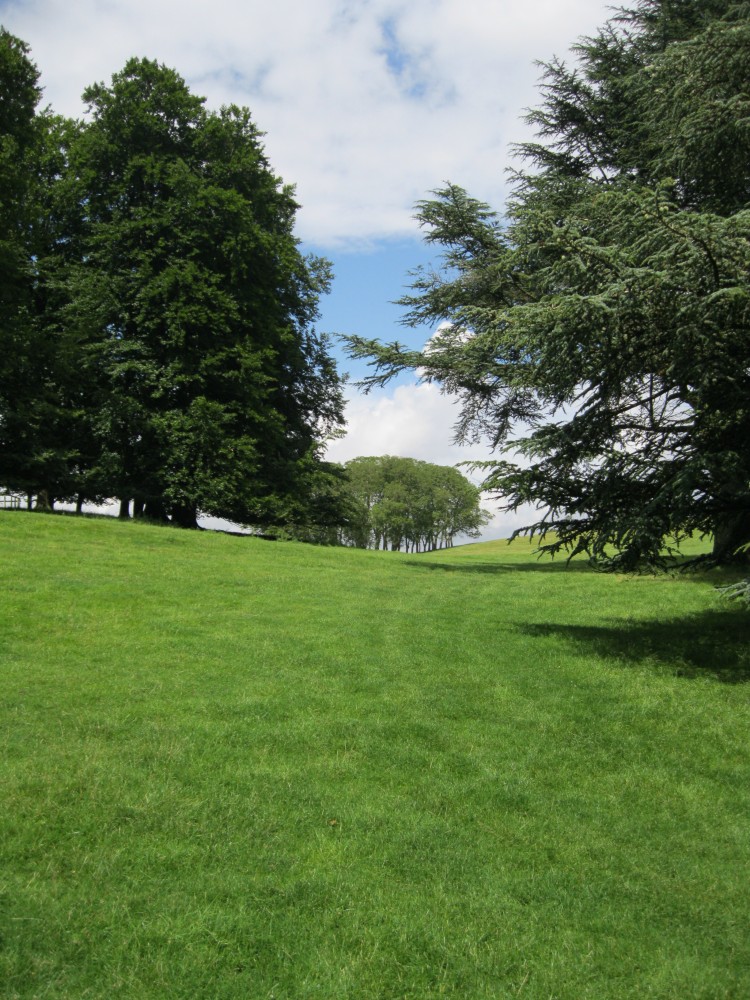 Blenheim was a landscape on an imperial scale, and Brown responded with characteristic panache creating a huge serpentine lake, flooding the two lower storeys of Vanburgh’s clumsy bridge, and ending in a spectacular cascade. The magnificent prospect from the Woodstock Gate over the vast lake and bridge to Vanbrugh’s astonishing palace is one of the most iconic views in the history of the landscape garden. 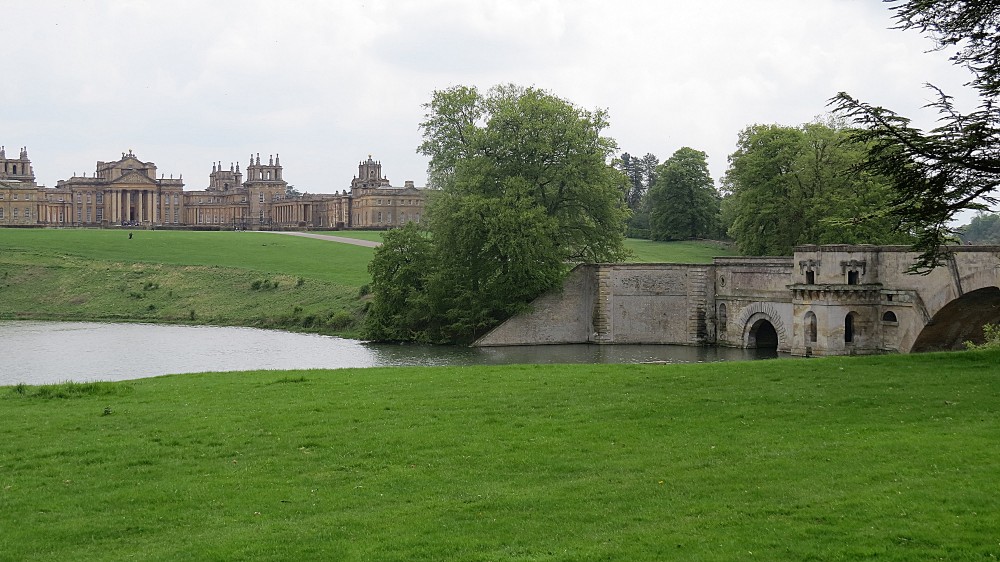 Palace and Bridge from across the Lake

But every rule in landscape design is there to be broken by a great designer, and the tantalising addition of Duchene’s Water Terraces to Capability Brown’s landscape at Blenheim works because both use water, an ever-changing sky and a limited palette of green vegetation to create something astonishing and thrilling. Brown was not the great despoiler he is often parodied to be, but I think he would have needed a lot of convincing that the Water Terraces were an exciting addition to his landscape.