I think of the ‘Japanese’ gardens that my clients from time to time have asked me to design as a bit of exotica to jazz up an English garden. A curved granite bridge over a stream, a bank of hostas, a few acers, large uneven flat stepping stones over placid carp-filled water, water basins with bamboo spouts and granite lanterns don’t make a Japanese garden. For that you need a Japanese designer, Japanese craftsman and a plantsman who understand the traditions and the philosophy. However, in West London we are lucky enough to have two such gardens, the Kyoto Garden in Holland Park, and even better the Japanese Landscape at Kew. 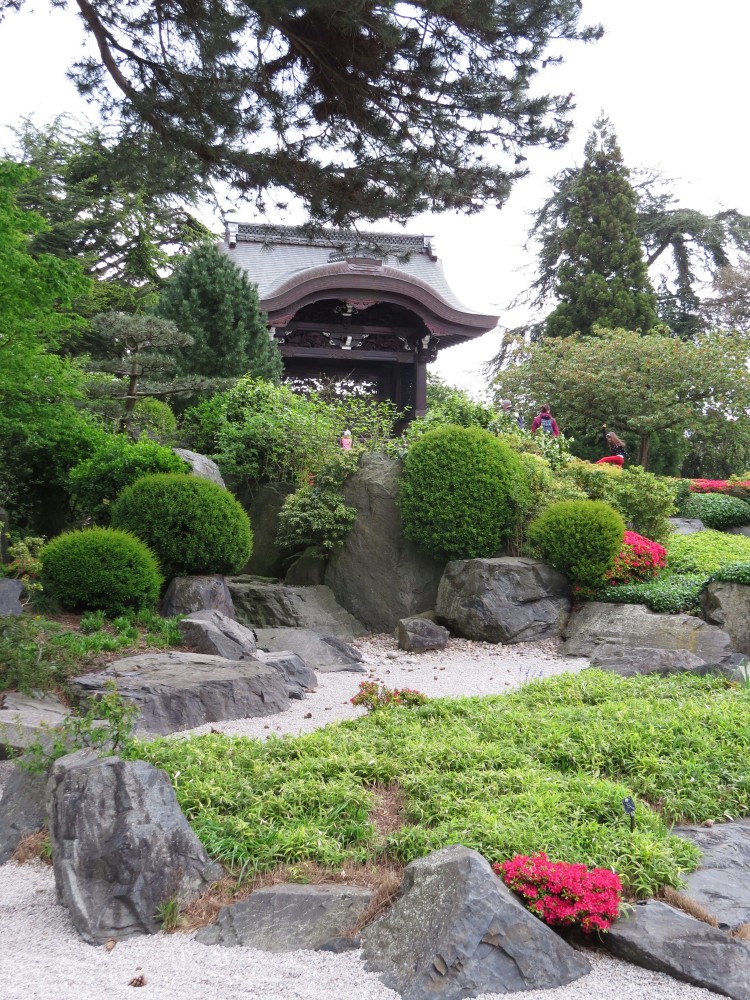 Kew is truly a wonderful place, I could spend a week there and still not see all I wanted to, and I think that the Japanese Landscape is one of so many treasures that it doesn’t get the attention it deserves. Stranded at the far end of Kew, near the pagoda, it is distant from the great crowd-pullers. 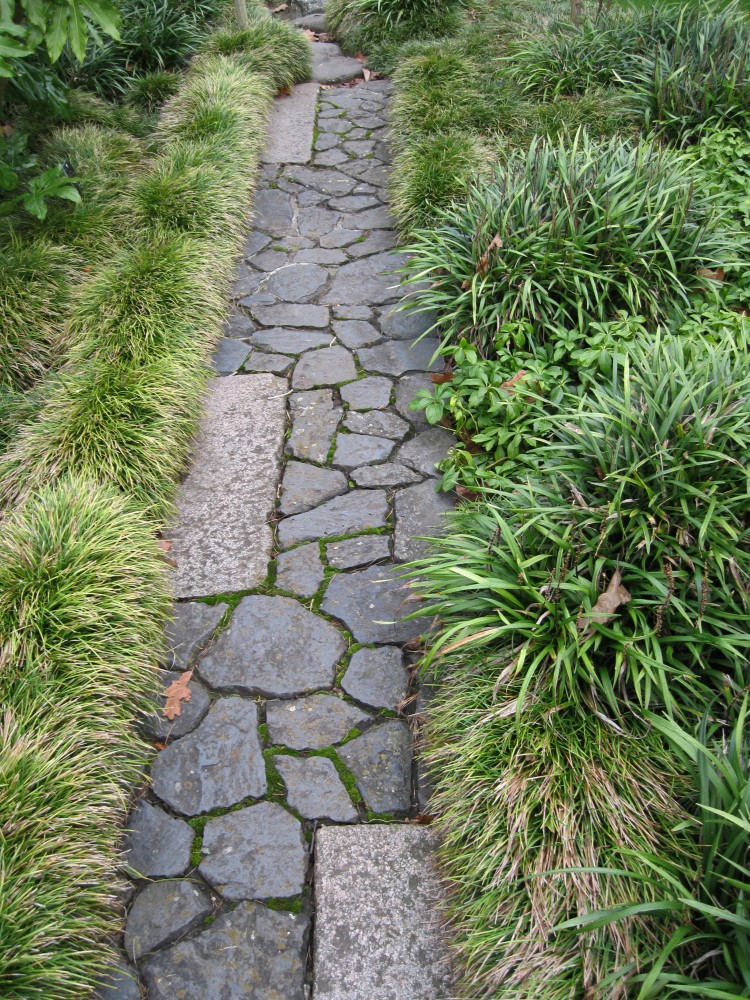 Set on a mound of mature pines, cedars, zelkova and cryptomeria is the Gateway of the Imperial Messenger, a beautiful and meticulously carved replica of a 16th century gateway in Kyoto, and it was an inspired decision in 1996 to build around it a traditional Japanese landscape, a strolling garden. 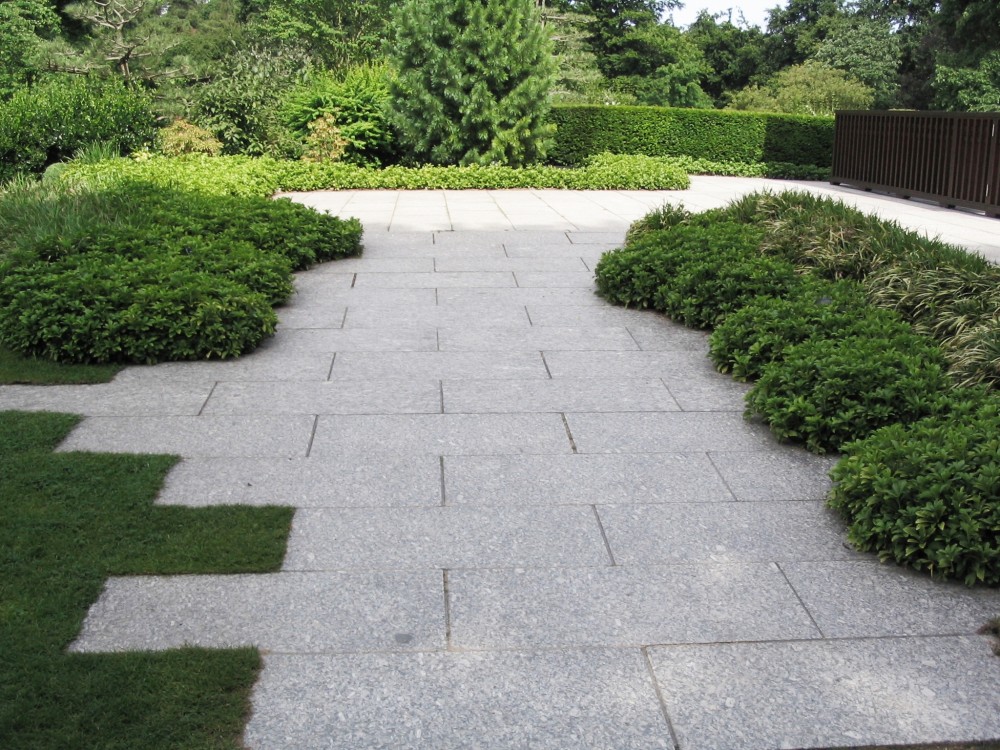 I’m the first to admit that I don’t understand the philosophy of Japanese gardens, but as Westerners we can appreciate the wonderful attention to detail of the finishes and the skilful handling of the planting. It is inspirational, yet seems completely alien to us. 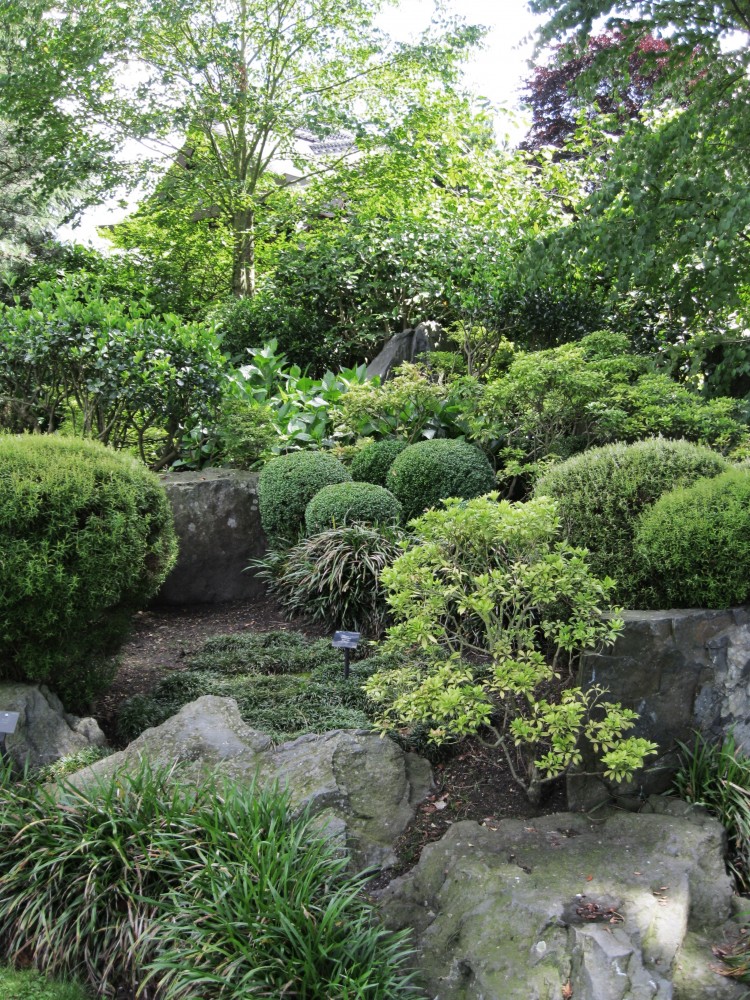 Living as close as I do to Kew, it is a garden I visit many times a year; and despite the appearance of it being a static evergreen composition clipped to perfection every time I visit there are subtle changes.

The frost and snow transforms the garden into something magical; clipped domes of berberis and box contrast with the freer forms of ferns, fatsias and pieris. Not the full-on seasonal explosion of our English herbaceous borders, but something subtle, refined and very eloquent happens throughout the seasons. The scarlet chaenomeles of early February are followed by the flowering cherries, azaleas, and magnolias of spring, the Japanese anenomes and hydrangeas of high summer, and of course, the brilliant autumn colour of the acers and purple haze of liriope. 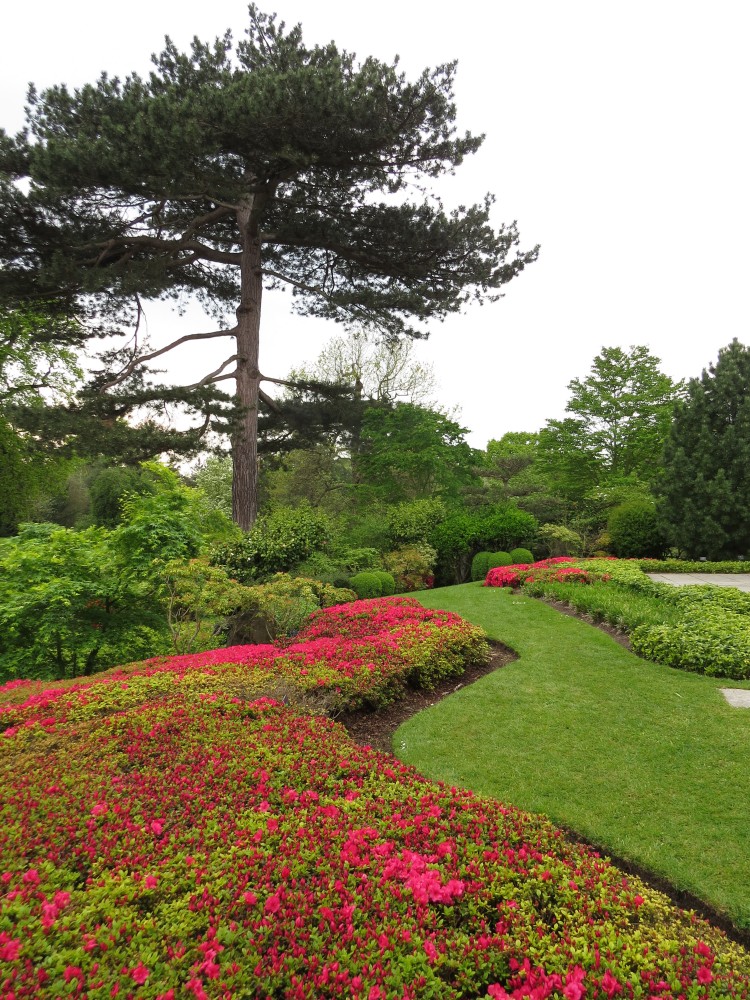 Before I saw this great landscape, I thought of Japanese gardens as either water gardens or enclosed courtyards of raked gravel. Here, there is a large area of raked gravel set with rocks and bridges, but skilfully softened with planting, whilst in other parts of the landscape, grassy ophipogon flows down the hillside like the memory of a broad stream. 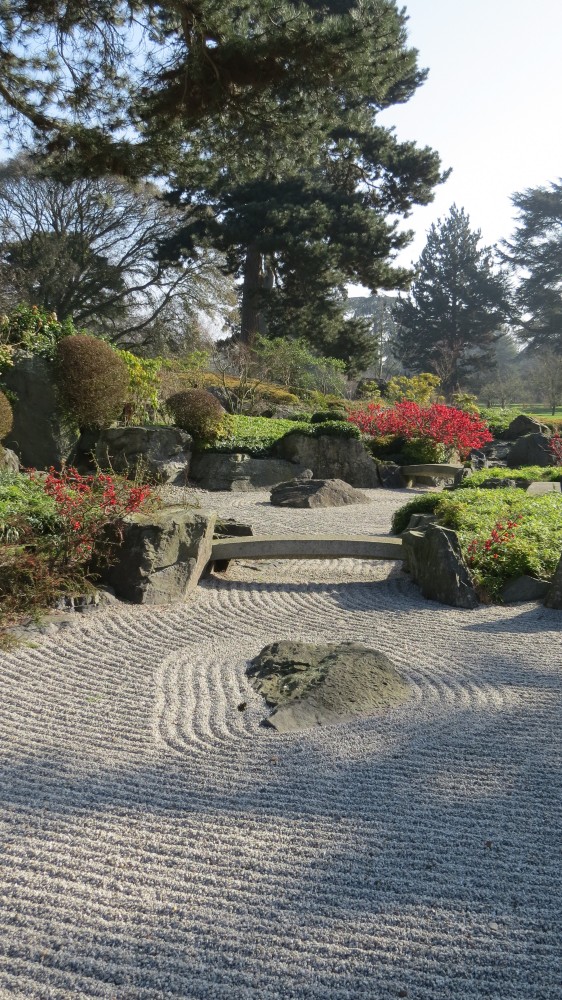 If I have one criticism of this garden, it is that the English bench seats with their backs and arms look ridiculous; there are three low flat Japanese benches, and there should be more. This is probably my favourite London garden, somewhere I come back to and savour whilst I scrimp and save to visit the real thing……………..