Sometimes it is the person who created the garden that is more interesting or curious than the garden itself, and in the case of Hidcote this turns into a fascinating detective story. Who was the elusive Lawrence Johnston and what was his relationship with the brilliant socialite Norah Lindsay?

Most 20th century gardens are well-documented with plans, plant lists, or articles and books written by the owners. Hidcote’s owner Lawrence Johnston was an intensely private man who shunned the limelight and public knowledge. His garden was ‘a place of repose and to get away from this world’. Before it came into the hands of the National Trust in 1948 the garden was largely unknown, and all we have to rely on is a handful of photographs, a notebook, a couple of diaries and the effusive comments of visiting acquaintances. Today its high-profile promotion by the National Trust and the coachloads of visiting OAPs would have him turning in his grave. 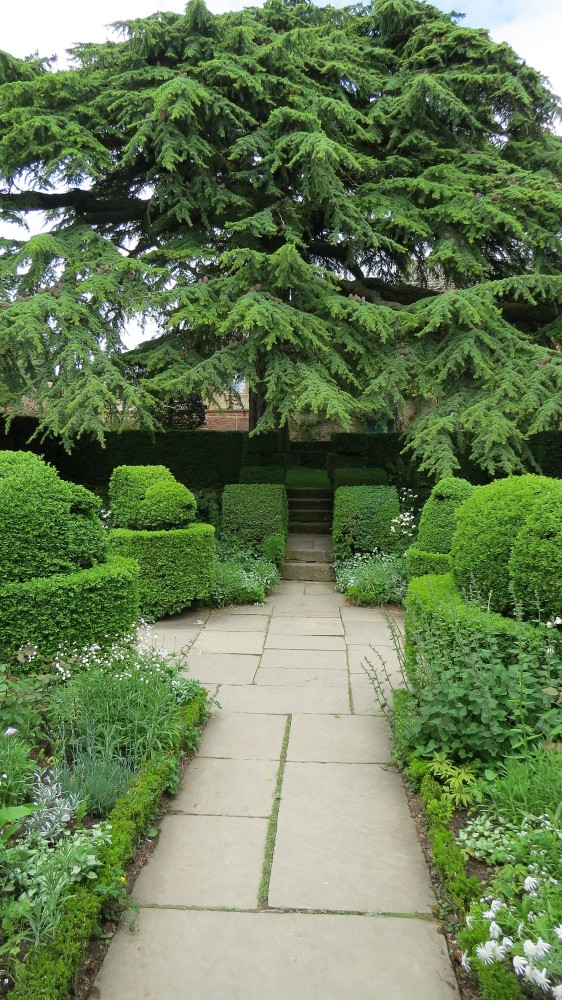 Johnson’s American mother bought the 800 acre estate in 1907, with the view that her son would become a gentleman-farmer, but in those early years it became clear that his interest lay in the garden. His mother was alarmed by the scale of her son’s gardening ambitions, calling him a ‘waster’, and kept tight control of the garden purse strings whilst she was alive, and from beyond the grave in the form of an allowance from the American trustees of her very considerable fortune. Although he thought of her as his best friend, it would seem that she was something of a control freak, and visitors to Hidcote reported that he was seldom allowed to be out of her sight. 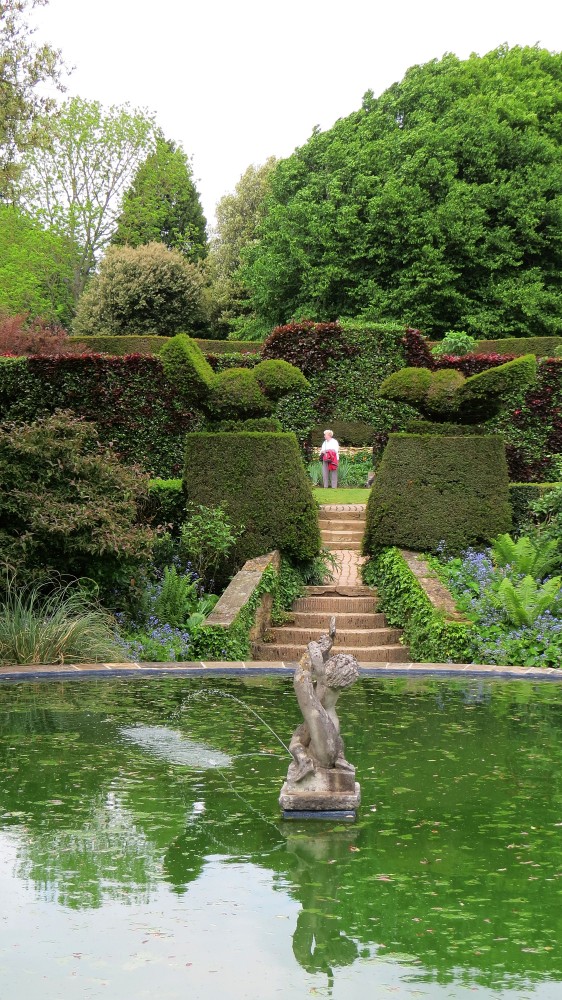 The Bathing Pool Garden from the Fuchsia Garden

Although his interest in gardening came from his mother, those pre-First World War years were the zenith of the influence of Gertrude Jekyll and doubtless he came across her writing in Country Life, The Garden and her books. Although Johnston was an amateur artist, from those early photographs his garden was like many others of the period. 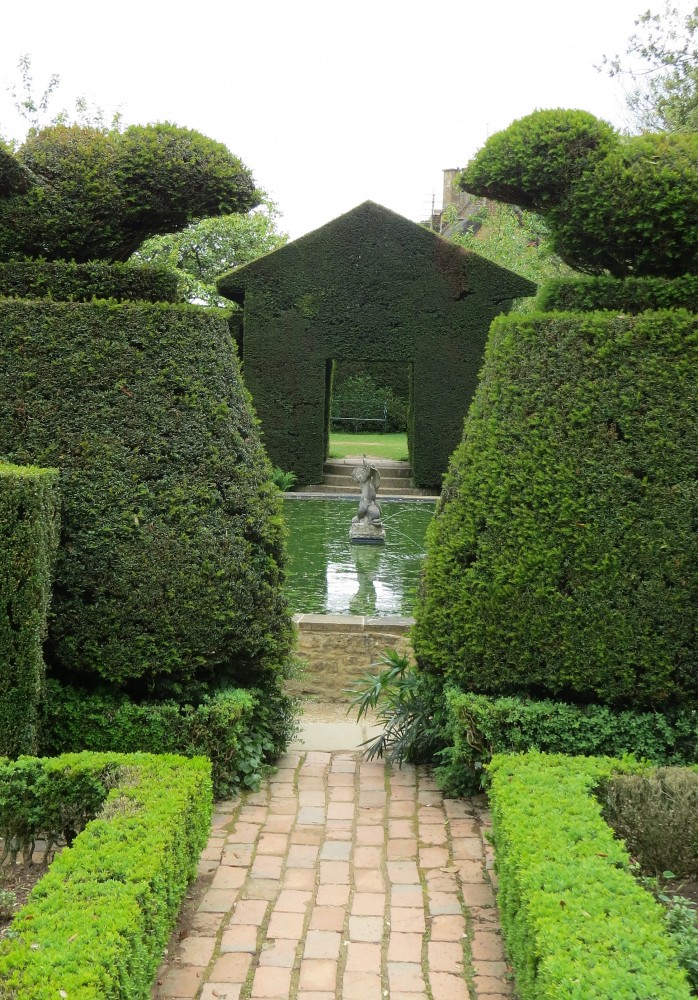 The Bathing Pool Garden looking towards the Fuchsia Garden

After the death of his mother in 1926 the gap in Johnston’s life was filled by the strong-willed, brilliantly witty and extravagant Norah Lindsay who became his closest friend. She had by that time developed and experimented with her own garden at Sutton Courtenay for over 29 years and it had become famous with the fast set for its romantic and sensuous style which resonated with the spirit of the time. Interestingly, photographs taken of Sutton Courtenay in 1930 bear a strong resemblance to Hidcote. 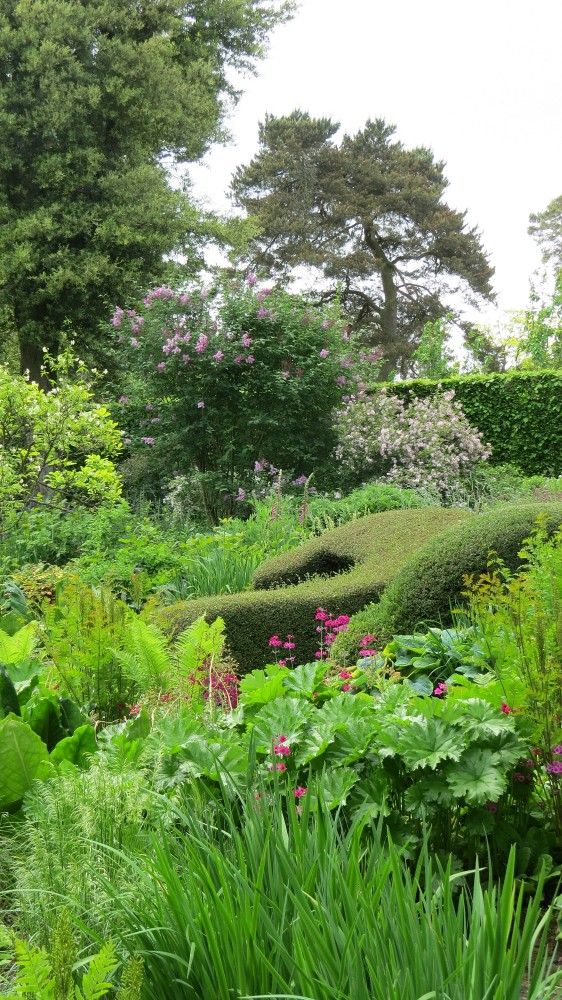 Following the break-up of her marriage in the early 1920s and her reduced circumstances, she had bravely launched herself as a garden designer and there can be no doubt of her talents. Sibyl Colefax the great interior designer of the inter-war period set her own reputation on the line time and time again by recommending Lindsay to her prestigious clients. 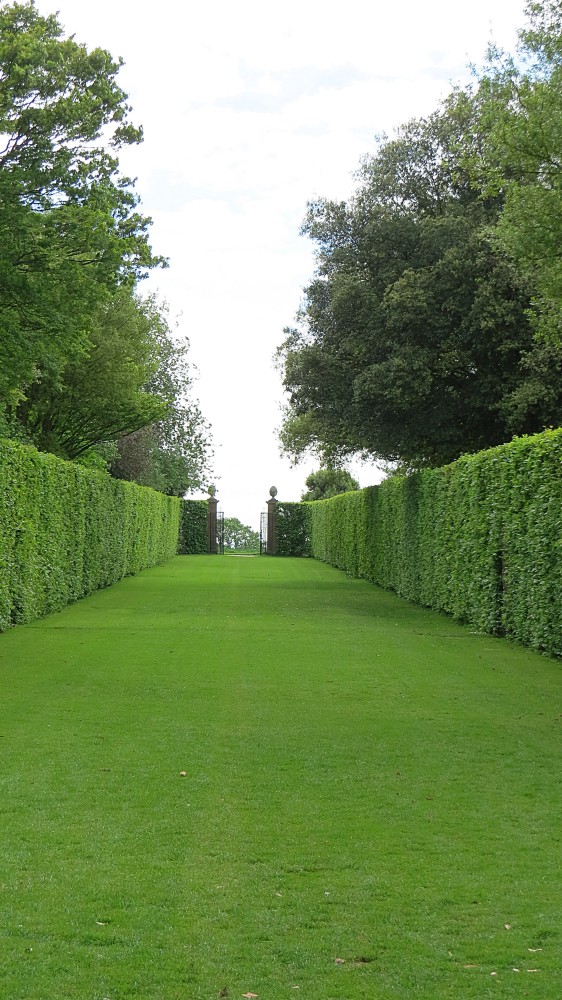 But curiously Lindsay never charged professional fees to Johnston. As a garden designer, I can only draw a parallel with a situation I once found myself in. I became so excited by the possibilities of one particular project for someone I liked, that I never charged for the considerable amount of advice and help I gave. Lindsay’s contribution to Hidcote has, I believe, in the absence of hard evidence to the contrary been airbrushed out of the story by the National Trust. 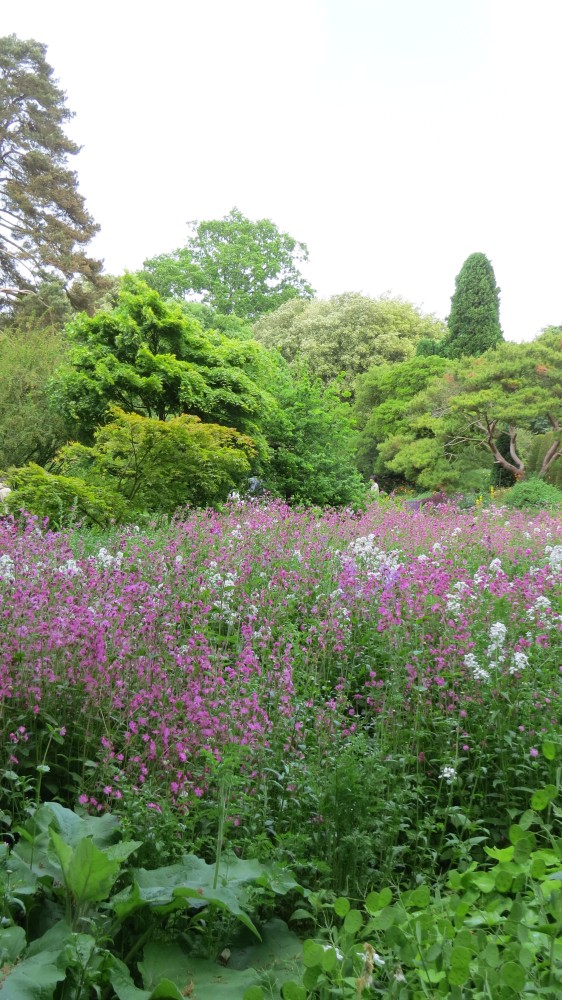 Her reputation has suffered over the years, she was until recently a largely forgotten designer. Her style was characterised by hedged garden rooms, an Italianate formality, interest in vista, bold textural planting and as a disciple of Jekyll a style of planting influenced by Impressionism. All of these characteristics were to be found at Hidcote, and I think that Lindsay and Johnston were kindred spirits, and under her tutelage Johnston blossomed and learnt to design in his unique way. However, Johnston was far from her social set of bright young things, and she described him, rather patronisingly as ‘a dear little man’. 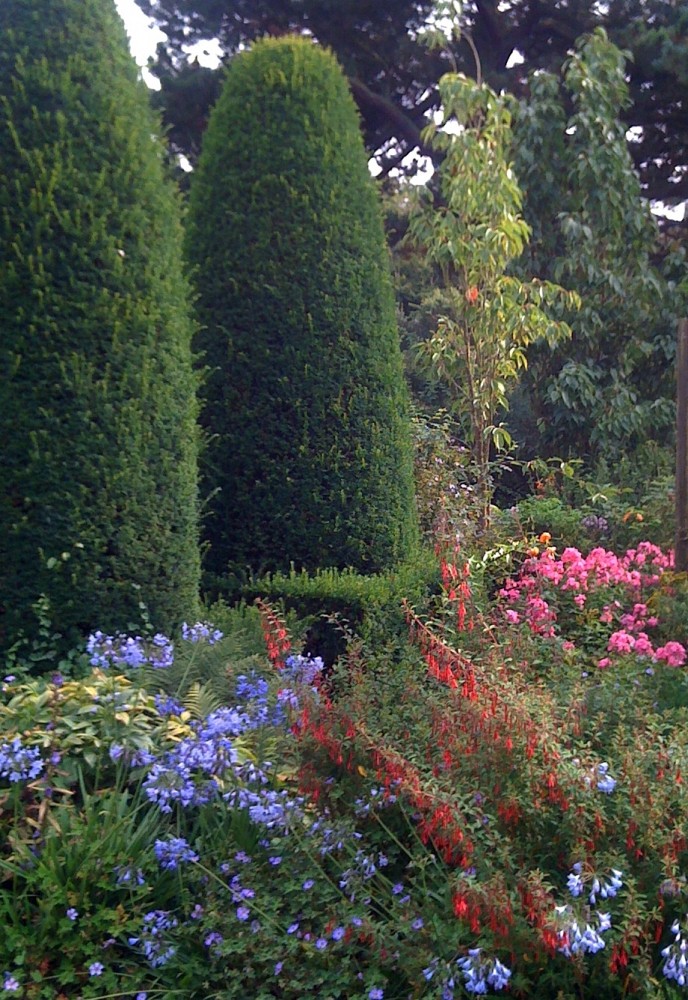 Johnston’s particular passion was collecting and propagating rare plants and his large glasshouses and much of what is now the kitchen garden was set aside for this purpose. Although he subscribed to plant-finding trips he made few himself, in part due to his increasingly poor health. Rare, exotic and extraordinary plants started to appear in the beds and borders and this was probably Johnston’s most unique contribution to Hidcote. The famous Red Border with its fiery dahlias was ground-breaking, and we now take his exotic lush style of planting for granted. Vita Sackville-West described it as ‘a jungle of beauty controlled by a single mind.’ 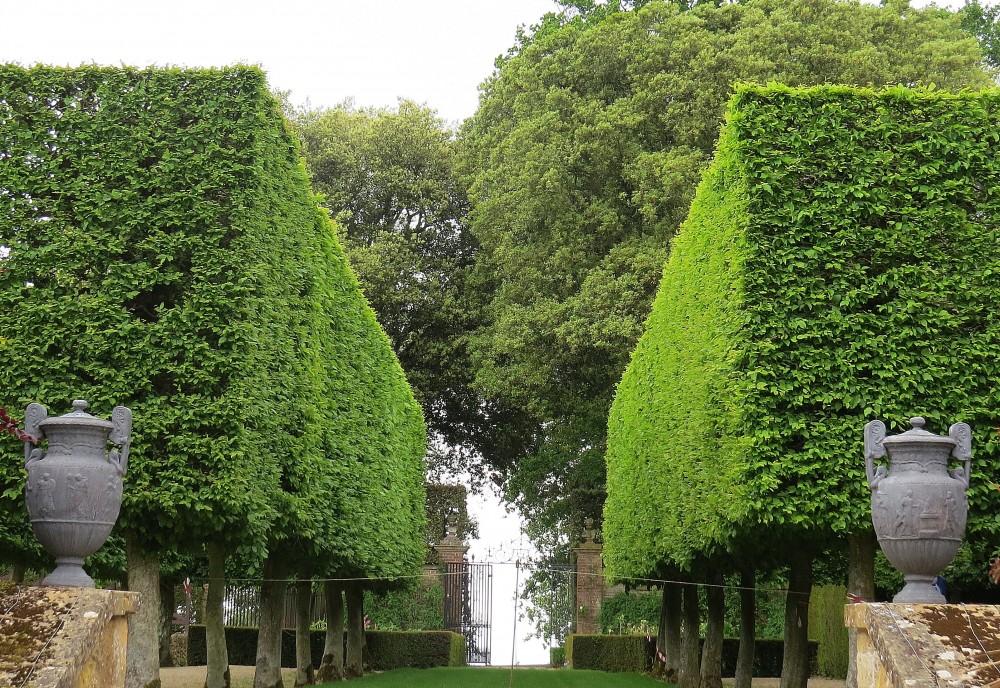 After the Second World War, the combination of a high tax regime and Johnston’s poor health made him decide to spend more time at his other home, Serre de la Madone on the Riviera. His plan was that Lindsay would move into Hidcote and that as such the garden would be in safe and sympathetic hands. Lindsay’s premature death in 1948 placed Johnston in a quandary. 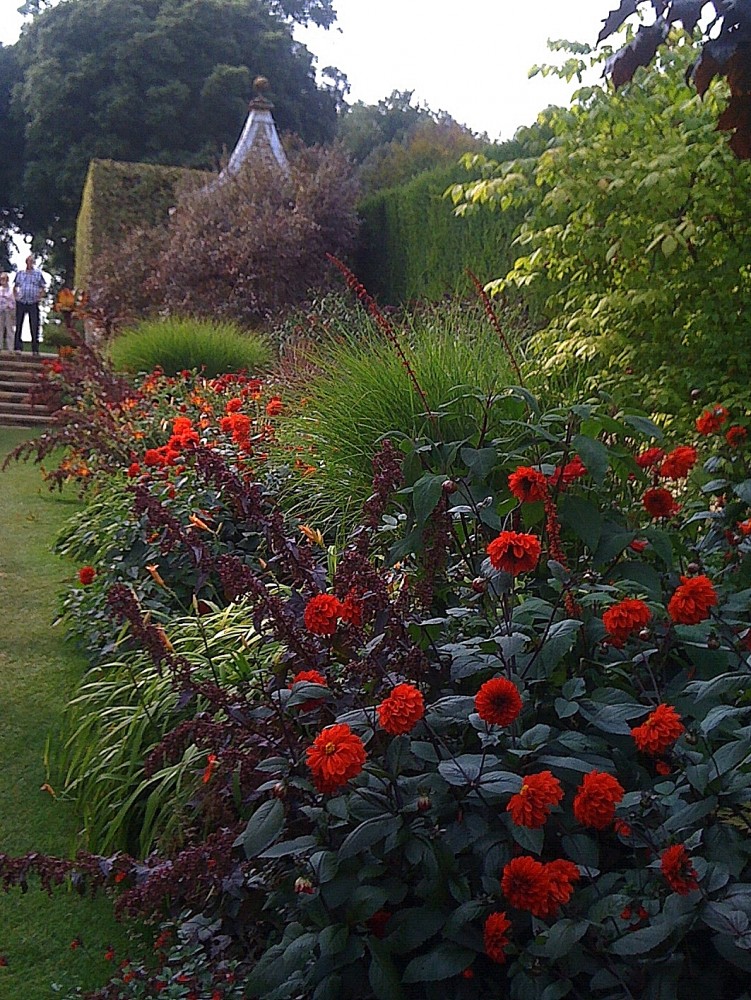 It was as early as 1943 that Sybil Colefax ( (whose description of Johnston as ‘dull’ suggested he was something of a plant nerd) had floated the idea of him donating the garden to the National Trust. However negotiations were difficult and at times fractious. This was the National Trust’s first garden, and without a clear line of management it quickly went downhill until Graham Stuart-Thomas was appointed the Trust’s first Garden Adviser in 1955. It was he who re-planted Hidcote.

Although Stuart-Thomas knew Johnston and Hidcote, the general consensus is that he planted it in ‘National Trust Style,’ something I think is much maligned. OK, so one garden may look much like the next, but the skilful planting and colour co-ordination are very much in the Jekyll tradition of the period. 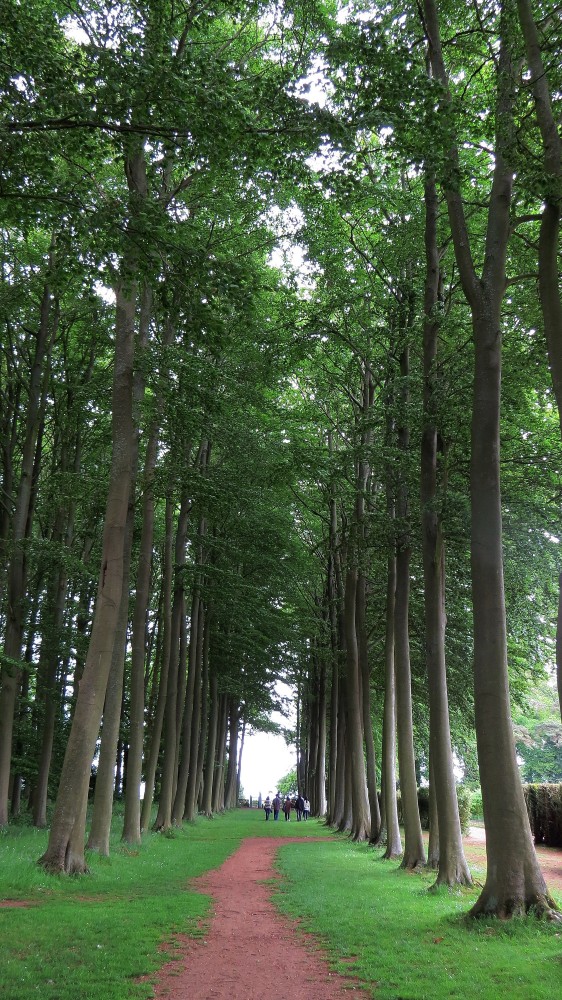 Ten years and £3.5 million of restoration later today’s ambitious young gardeners and poring over those scant notes and want to recreate Johnston’s planting, but to which period of its forty-year development? Parterres and petunias may have come to light in surveys and on early photographs, but unlike Stuart-Thomas they never met Johnston nor saw his garden.

My view is that the planting and the garden are less interesting now than twenty years ago, and my concern is that dogmatic historical re-interpretation of scant new archival material will destroy that elusive spirit of Johnson’s Hidcote that has been an inspiration to so many.