As a precocious 17 year-old, intent on studying architecture, what could be more appropriate for me, than asking for a book on Mies van der Rohe as a school prize?

I became a devotee, and when Mies died in 1969, the leading exponents of his design philosophy were the Chicago office of Skidmore Owings Merrill. They had won a design project in England, and by 1971, I was one of a team of young architects working in London with SOM’s diminutive, calm, Buddha-like Korean-American master, Jin Kim. We were taught that The Grid was God, and with typical British panache we managed to balls things up. 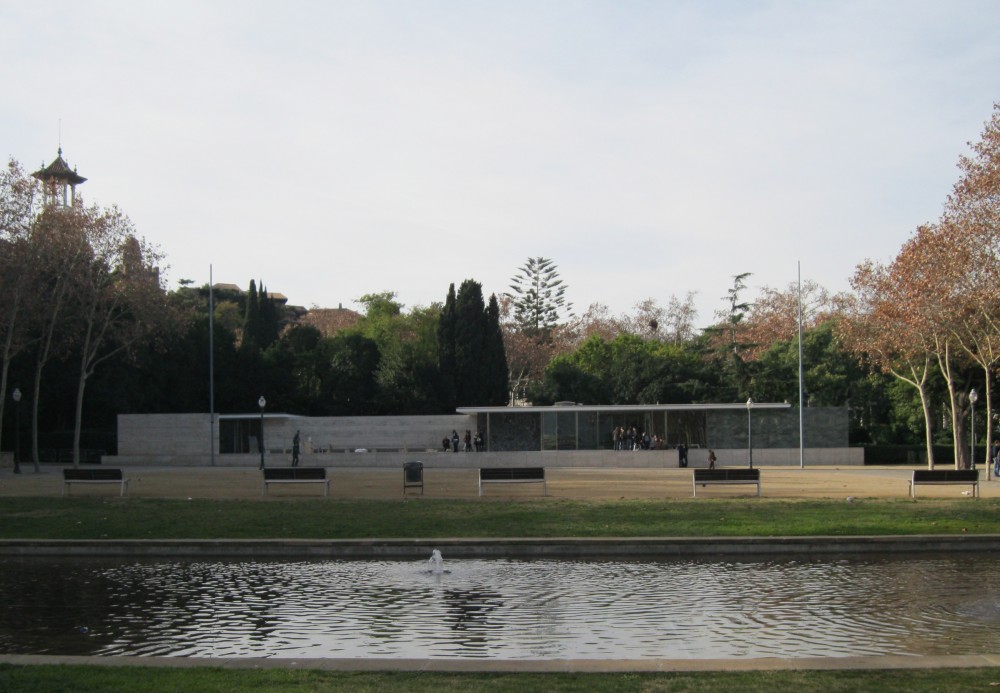 Barcelona Pavilion from a distance

For example, the metric grid couldn’t cope with our ‘metric’ blockwork (of imperial dimensions), resulting in endless futile cutting of blocks on site to get back on grid. Jin Kim’s karma suffered badly, and although I wouldn’t say he went back to the States a broken man he was certainly one who never again wanted to test his Machine Age Aesthetic against our Heath Robinson ways

A trip to Mies’s Barcelona Pavilion has always been a pilgrimage for me, but you might ask why am I writing about a building rather than a garden? Because it is a master class in the handling of space; internal space flows seamlessly into external, walls extend into the landscape, roofs appear to hover on narrow cruciform columns, and everywhere there are clean, simple lines. 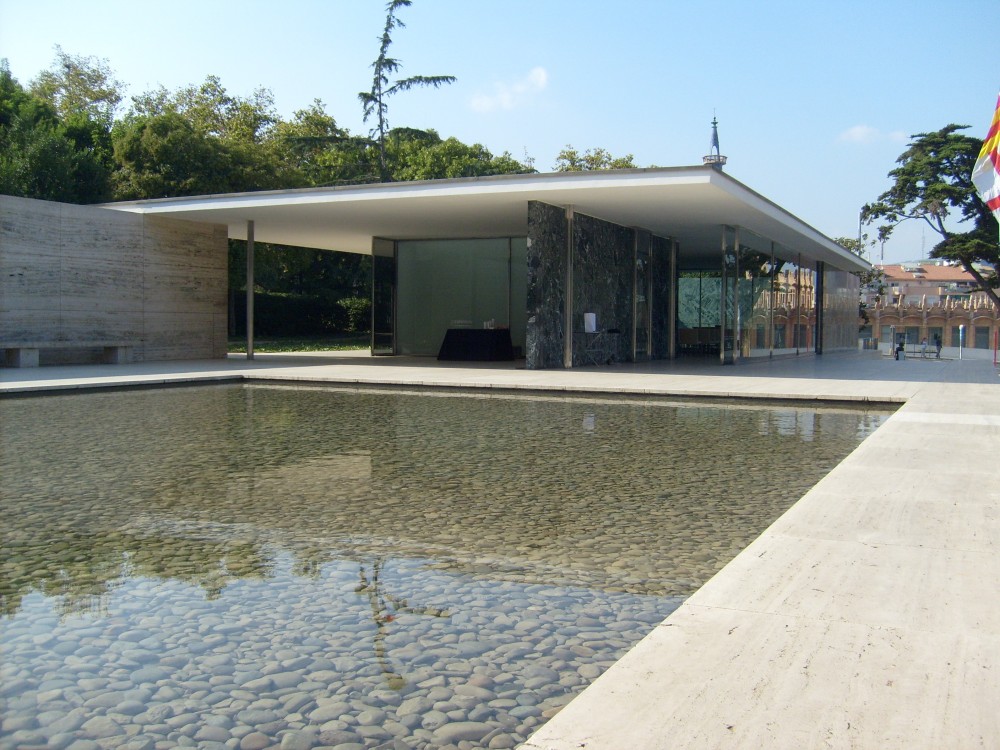 The Pavilion seen across The Main Pool

I find the approach to the building dispiriting – a large compacted sand playground, a tarmac road, and then what looks like an early 1970s Spanish metro station, built on a plinth, and set against a backdrop of pines. Built in 1929 could this really be one of the most astonishing buildings of the 20th century, one that has influenced countless architects of later generations? 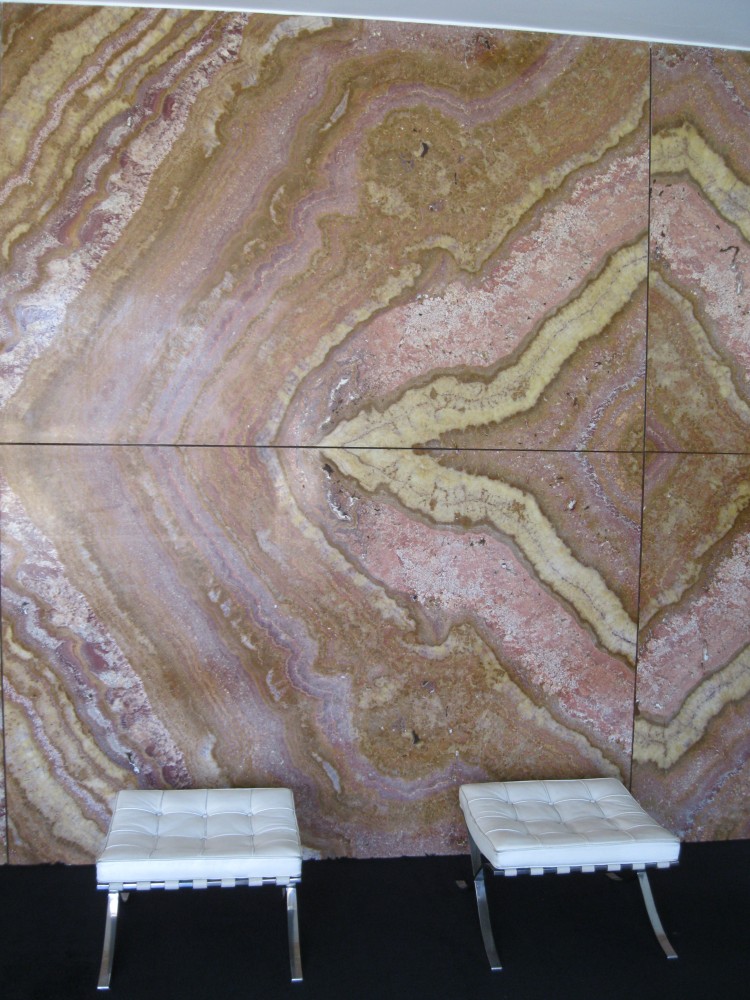 Each time I visit the building, I am shocked and delighted to notice things I hadn’t seen before. Mies is regarded as the father of 1990s cool, but on my last visit I realised that the highly polished bright orange jazzy onyx-faced internal walls didn’t sit comfortably with this reputation. Walking around the pavilion, something extraordinary happened; the reflected light caught these polished surfaces and they melted away. 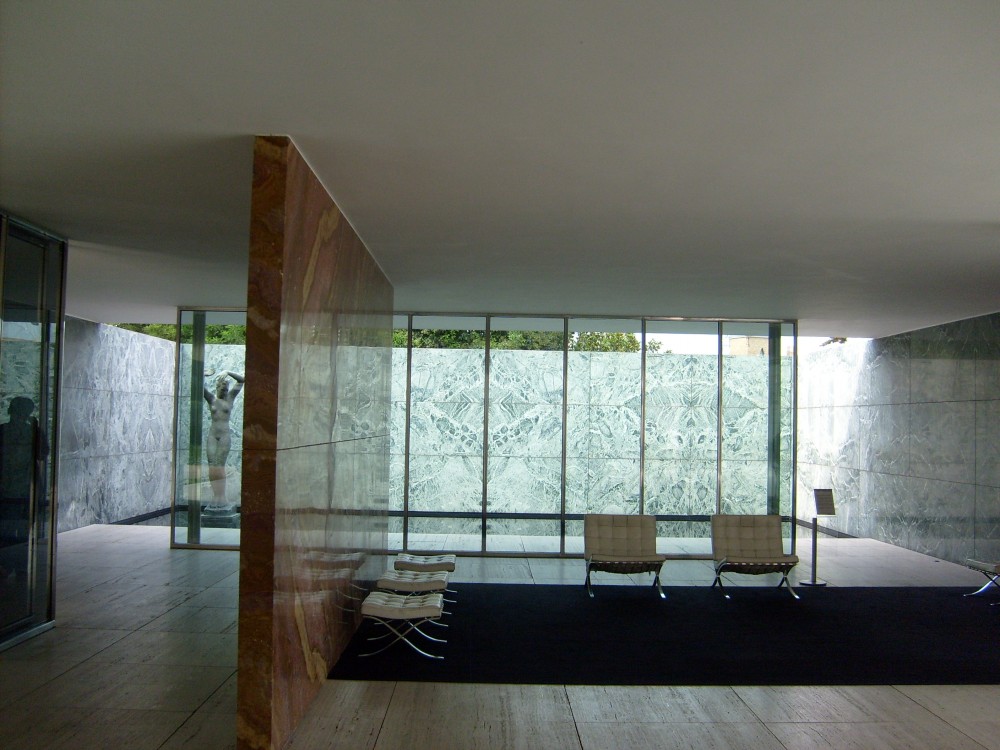 And, of course, there is the all-consuming Grid; the joints of the travertine pavers and wall panels lining up like folded graph paper. But Mies also deliberately flouts this convention, setting things off grid, which gives a sense of vitality to what otherwise might have been a sterile design exercise. I no longer feel so bad about Jin Kim. 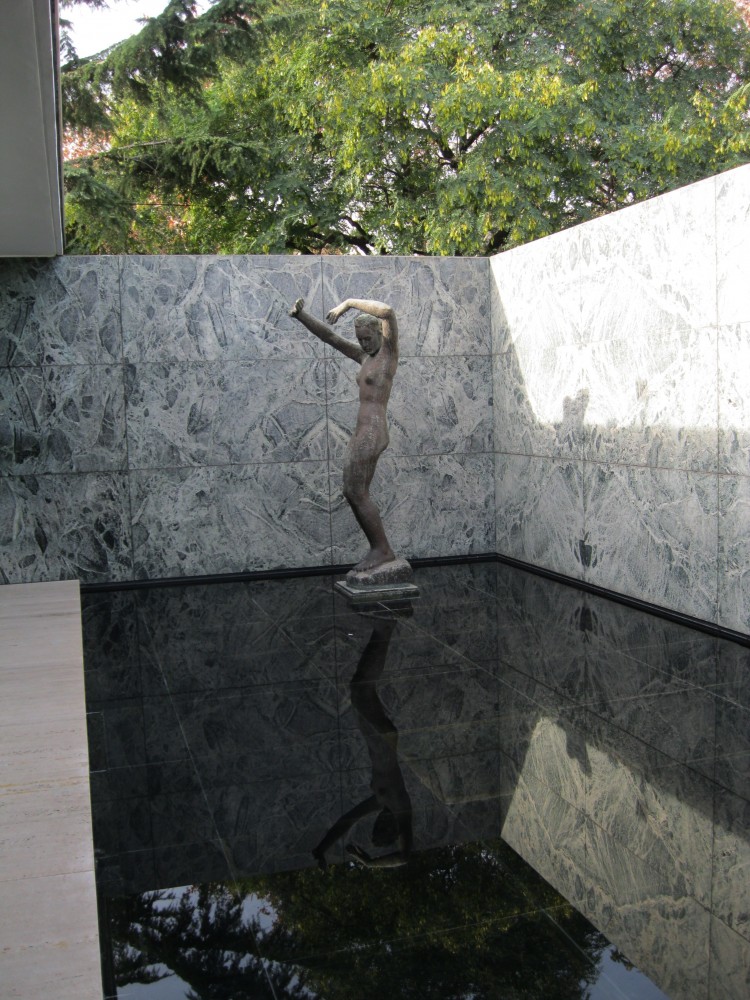 At one end of the pavilion lies the Small Pool Courtyard where I could happily sit for hours. High darkly-veined sea-green marble walls enclose the space, dominated by Georg Kolbe’s statue of Alba (‘Dawn’); the reflection in the mirror-calm pool giving the courtyard a Zen like sense of calm tranquillity. 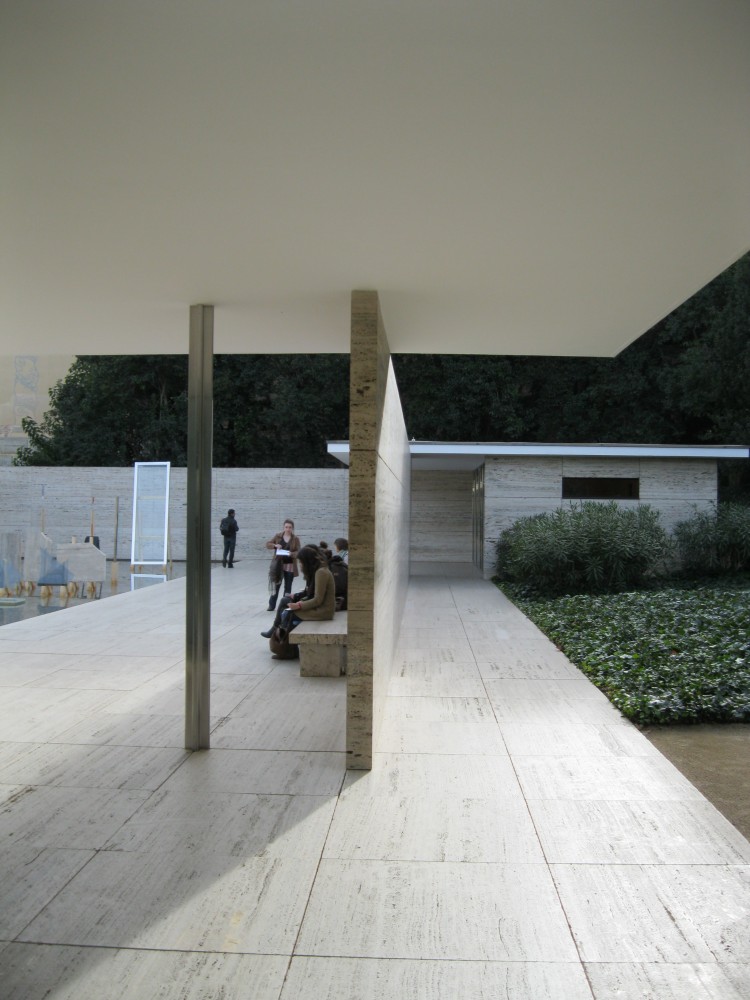 This is a building that sits effortlessly in its landscape, and one that fascinates me, and that I am happy to return to time and time again. Simply superb – God is truly in the details.